All over the world, there are beautiful cats that find their way to the shelter against their will. It’s never a cat’s fault when they’re surrendered, and as we know all too well, not all cats will find their happy ending. For two stunning Seal Point Siamese cats from Sea Point, Western Cape, South Africa, their story just goes to show you that it is in fact possible to find a purebred cat at a shelter. So, if you ever have your heart set on a particular breed but want to give back by adopting a cat, just contact your local shelter or breed-specific rescue because you just might get lucky! 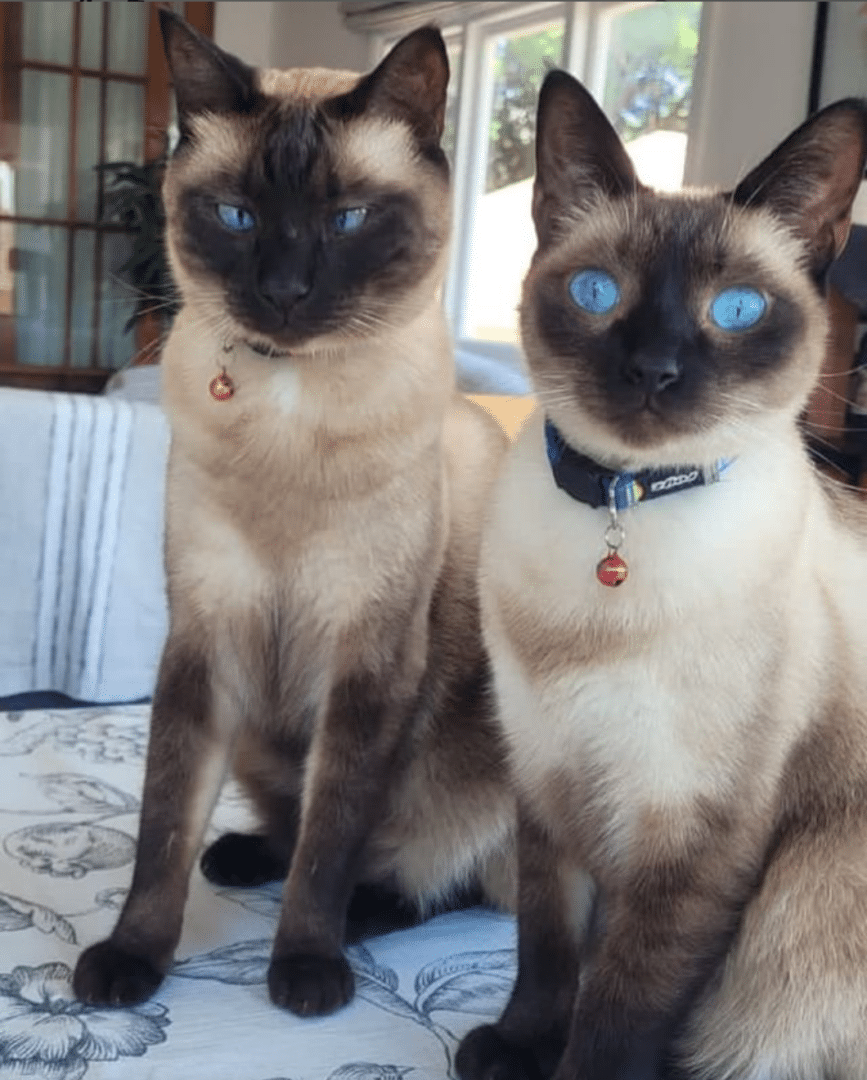 How did Blue and Ozzy come into your life?

I rescued Blue from the Cape of Good Hope SPCA in February 2019.

He was surrendered at 5 months for having snuffles. He had JUST come out of isolation when I saw him and literally fell in love with him. He’s named for the spectacular colour of his eyes. 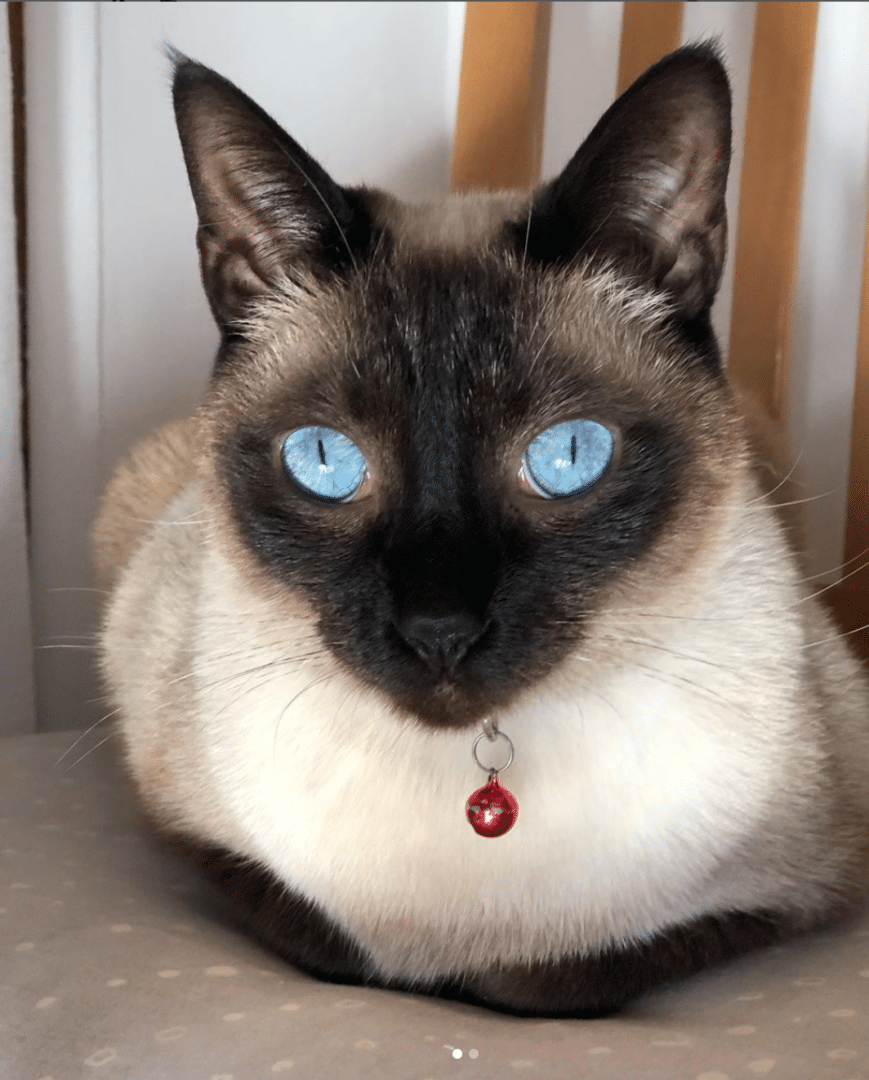 I thought he was a bit sad and lonely about 9 months later when I started looking for another rescue siamese which is very hard to find here.

Capetonians Against Animal Abuse does amazing work with cats and kittens and I got pics of Ozzy. I collected him in December of 2019. He’s called Ozzy as he’s a wild child. He’s so cross-eyed it’s a miracle he can see straight! 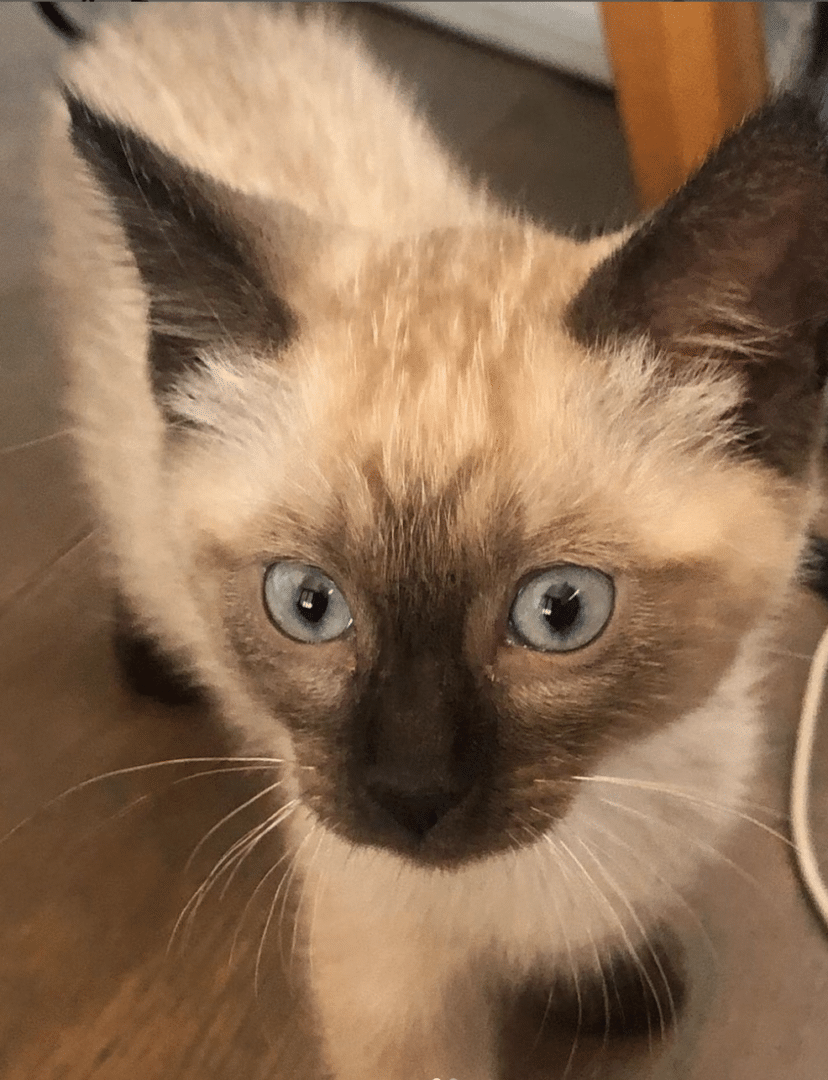 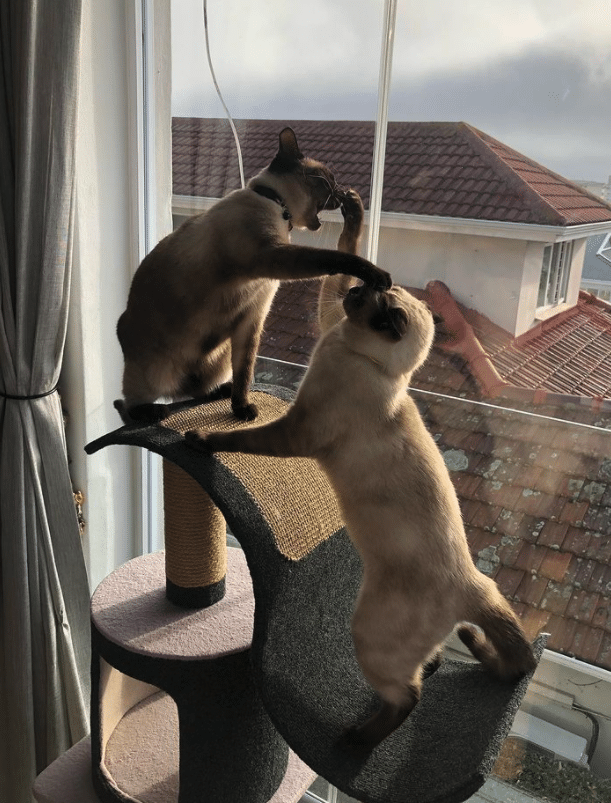 They kind of get along. Not the type of friends I hoped they’d be and either one takes turns to bully the other playfully. Both are pretty jealous too but generally, not a lot of fur flies.

Blue’s personality is definitely a typical cat. He’s stately and above everyone. He will love everyone but me. He’s calmer and more restrained and loves to be the King.

Ozzy is a total furry love bug. Adores food and cuddles. Loves attention and playing and will jump around in wild abandon without worrying about how he looks. He’s also not very…. Clever. 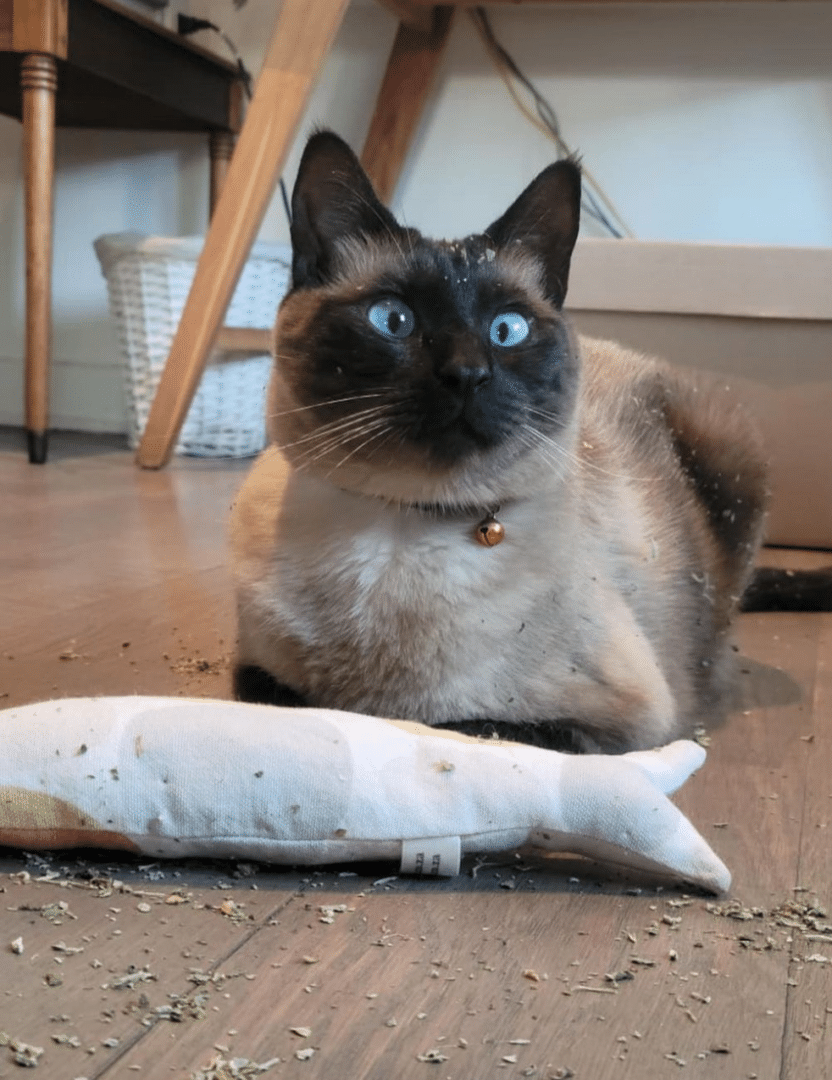 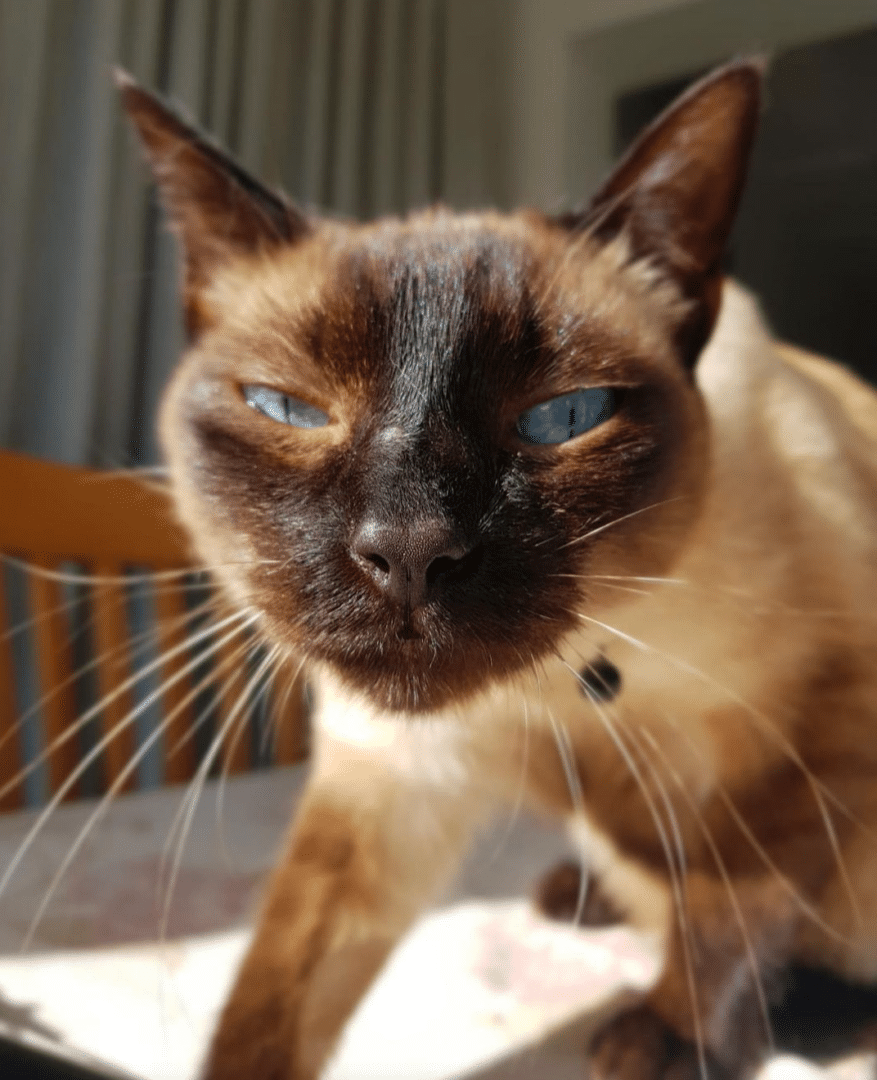 Chasing a feather on a wand/any feathers.

Tanning and chilling in the courtyard.

Ozzy is a great sous chef. Has to check everything you’re cooking and is totally nosy in the kitchen.

And… chicken they love all kinds of chicken. 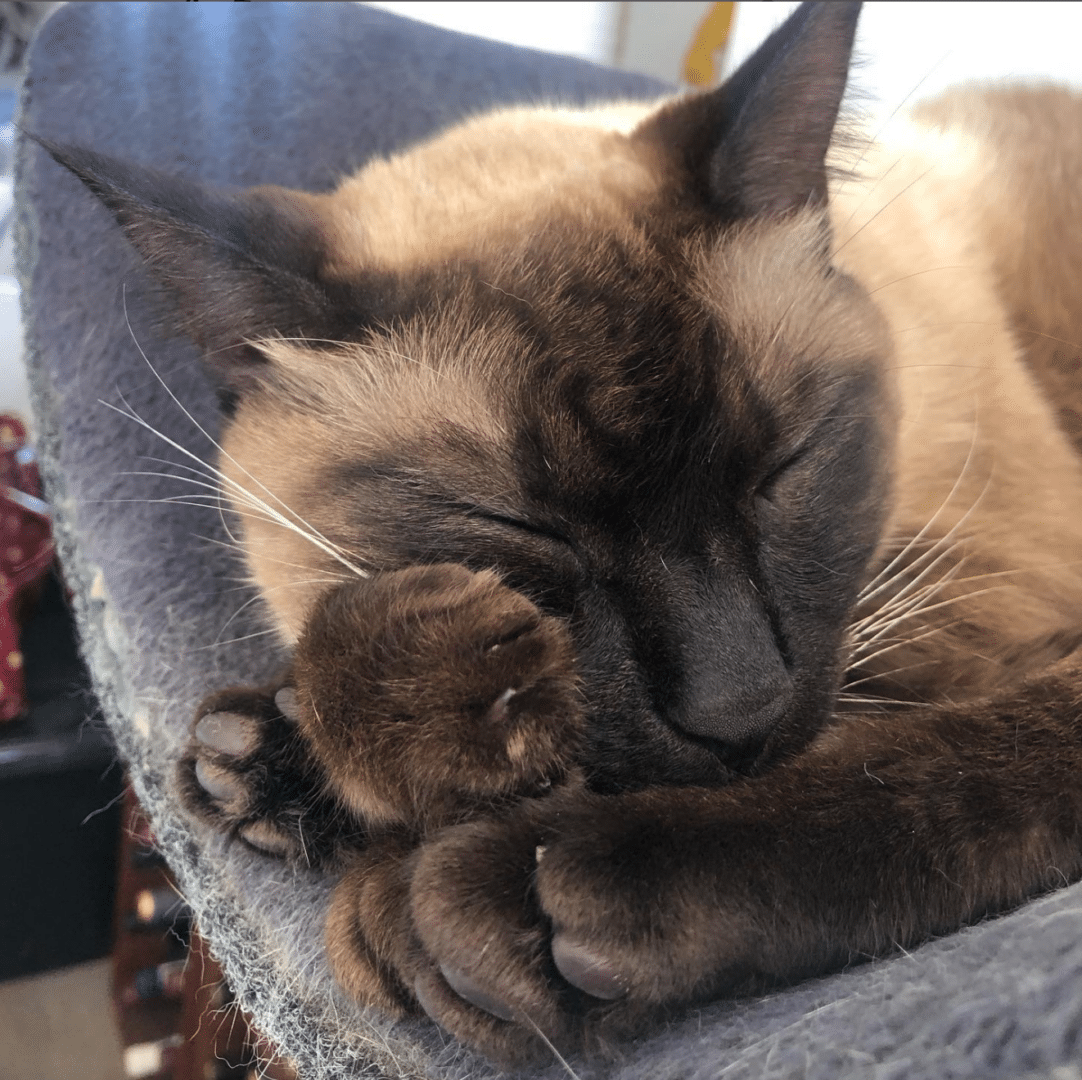 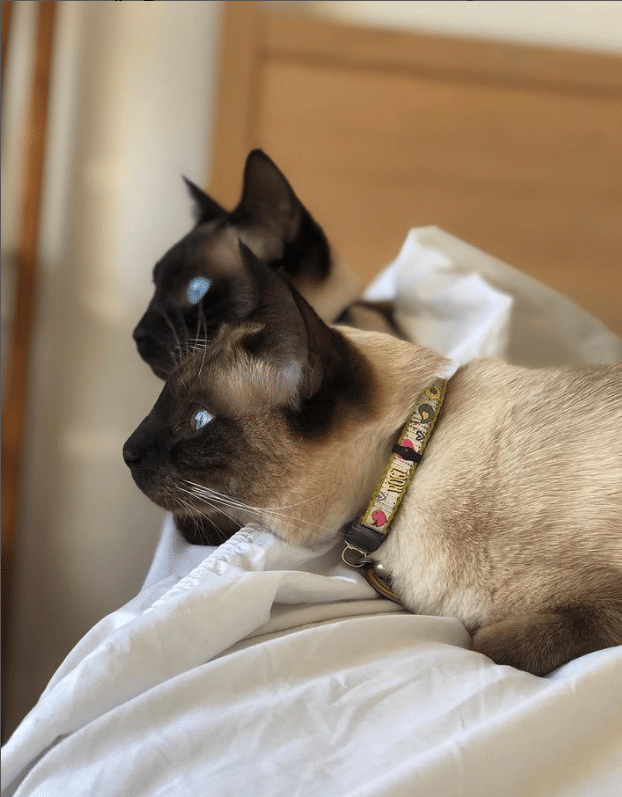 What’s something special you’d like for people to know about Blue and Ozzy?

They love their mama and will sleep with me almost every night if it’s not hot- take over the bed, in fact.  They love the fire in winter and a patch of sun.

Ozzy loves his whole face in dad’s smelly shoes and they both love dad’s smelly cycling kit.  Blue loves being “up” so we are building elaborate cat shelves for him. 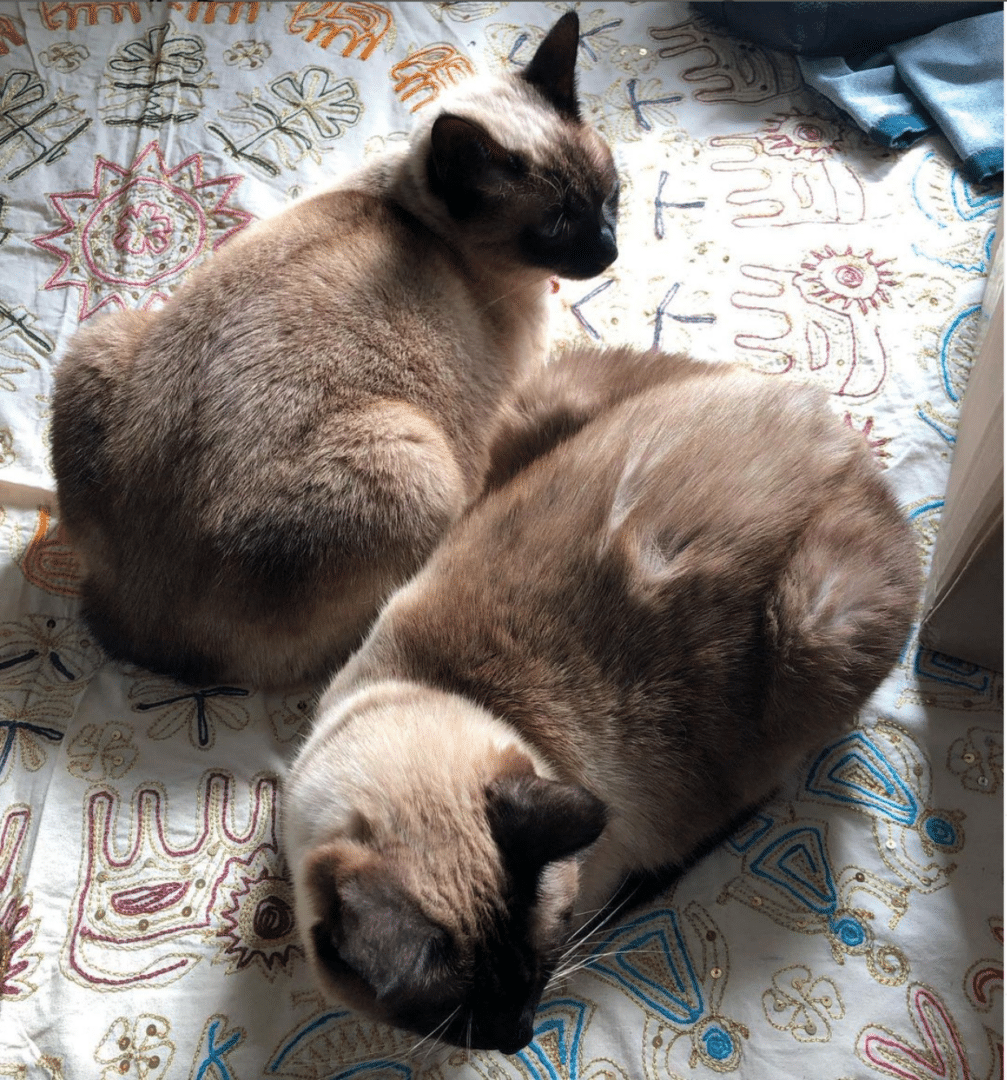 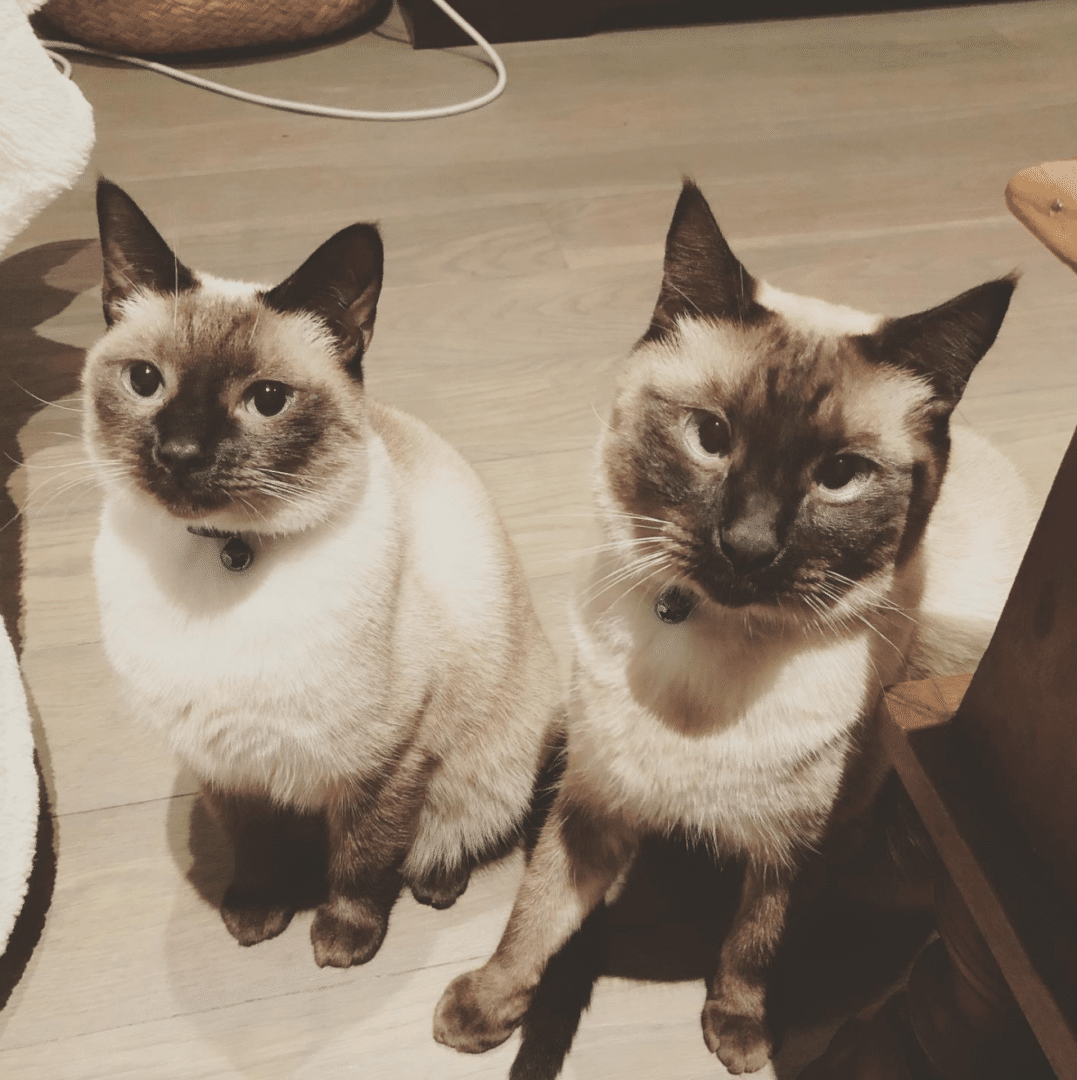 I’d like to give a special “thank you” to Blue And Ozzy’s cat mom, Jodi, for allowing me to share their story and images with all of the Cattitude Daily readers. For more of these blue-eyed beauties, be sure to check out Blue and Ozzy on Instagram.

All Images Courtesy of Blue and Ozzy on Instagram