Ginger Kitten Rescued By Boat Crew Off The Coast Of Alabama

There are certainly some things that you don’t see every day. And a terrified kitten struggling to swim in the Gulf of Mexico is one of them. There is absolutely no clue how he got there, but our minds can help but to wonder if it was an act of animal abuse. Regardless of how it occurred, there is a happy ending indeed. Owner and operator of Still Flyin Charters, Steve Crews, told FOX10 News that he has no idea how the kitty ending up there, but that he thinks perhaps he was a feral cat that somehow got caught up in the tide. Feral or not, most cats wouldn’t voluntarily take a dip in the ocean with strong currents.

The crew spotted the kitten, and at first mistook it for a sea turtle before making a pass around to take a closer look—which I’m very thankful they did! 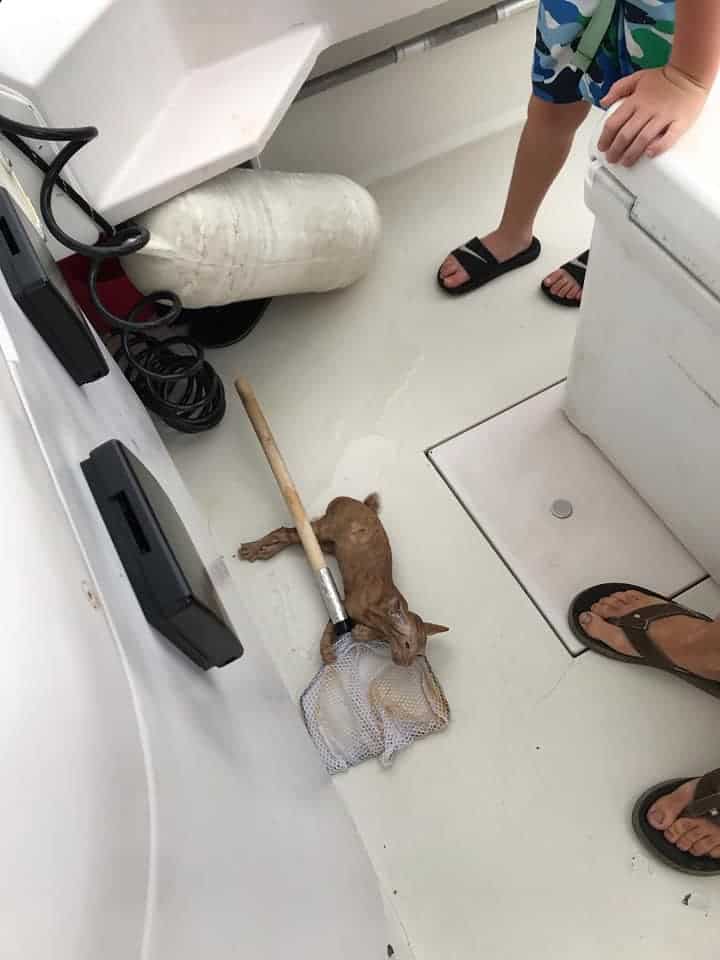 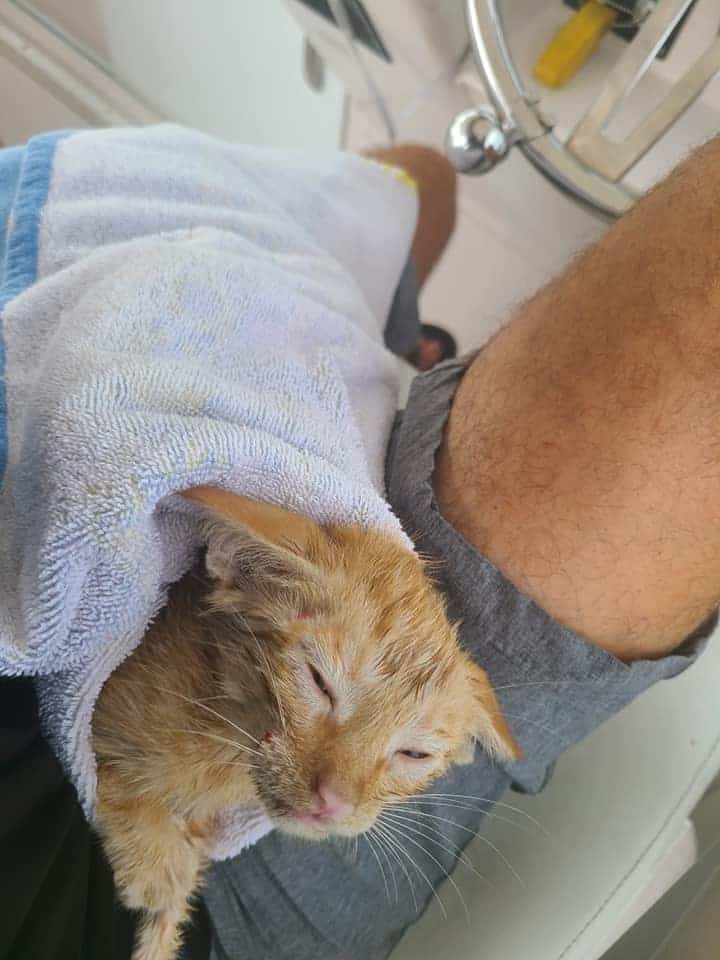 In a Facebook post from this week, Still Flyin Charters shared the news of their interesting feline catch of the day:

“Our catch of the day. Poor little guy was sucked out by the tide. We caught him just outside the pass in the gulf. He was struggling to stay up. We caught him, brought him in the boat and let him recover. Our deckhand found a home for him. Can’t say you see that everyday.”

Judging from the way the kitten is allowing the young boy to hold him so lovingly, something tells me that this is no feral cat. For anyone who has experience with feral cats, they are usually not fans of being held this way. At least in my experiences. However, it is sweet to see how happy the kitty is in the boy’s loving arms. 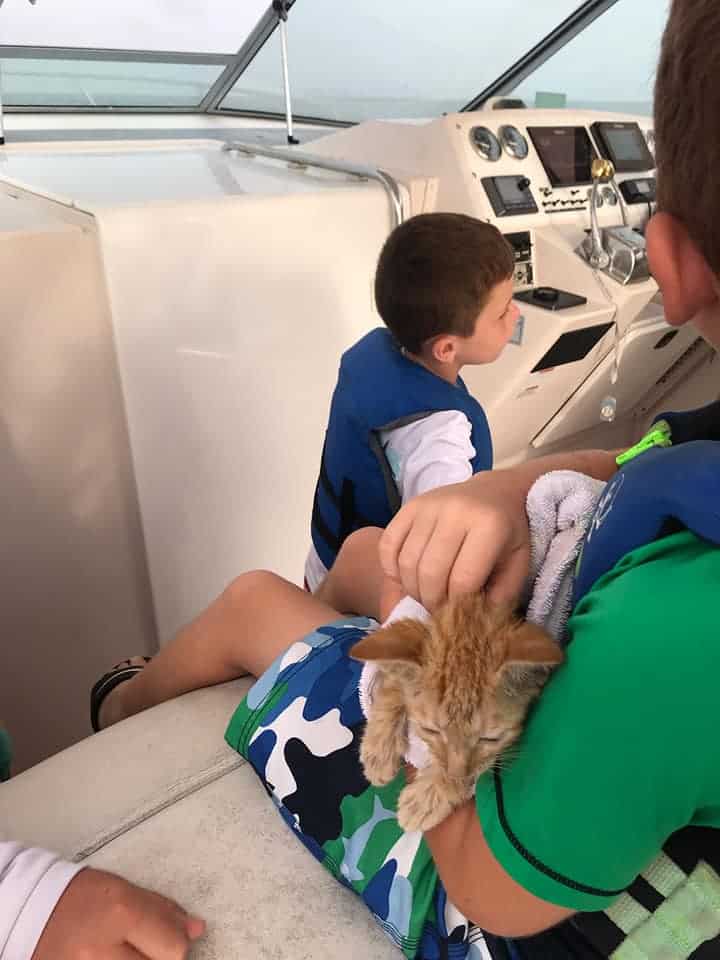 Crews told the news station that the likely feral cat is shy and a bit weary of humans, but he’s eating well and seems to be doing alright given the terrible circumstances he recently experienced. Although Crews had arranged a home for him with someone associated with the deckhand, it seems this little one will stay with Crews and his wife instead since he has grown attached to them. They’re still deciding on names at the moment, his wife rooting for Lucky, and Crews hoping for Sharkbite instead. The gender has yet to be confirmed, but one thing is certain, this is one lucky cat. 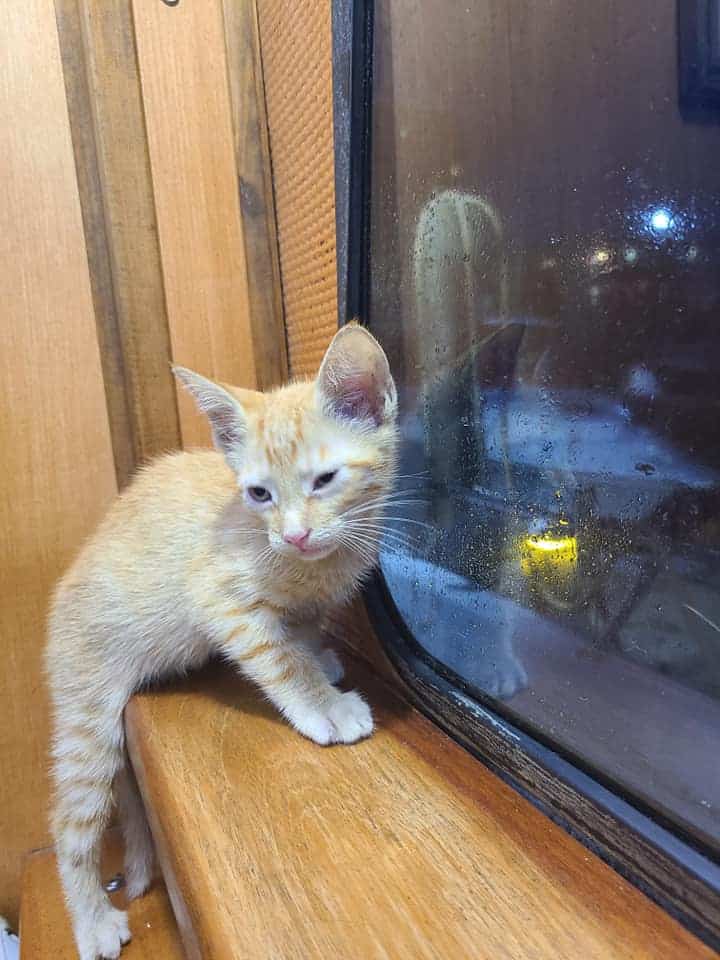 All Images Courtesy of Still Flyin Charters on Facebook

Why Do Cats Have Webbed Feet?