For one beautiful tuxedo cat in the lovely country of Japan, she’s gotten her second forever home and now she’s setting her sights on new heights. I came in contact with her owner, who reached out to me to share his adventure kitty’s tale of second chances and love for the great outdoors. He told me that,

She was a stray cat shortly after her birth. She was almost a free-range cat with her first owner. Because the area where she was was fewer people, she was free to walk from the sugar cane fields to the nearby beach. When the owner who had already known us originally had to be hospitalized, she approached us and we took Lala in.

She suddenly became a completely indoor cat, and since she wants to go out, we take her out for a walk several times a week. We took some pictures and videos to send to her former owner who was in the hospital. Eventually, people around me often told me how interesting it was that I was taking my cat for a walk, so I started using social media to post them.

I think she knows how big the world is and enjoys the beauty of nature. 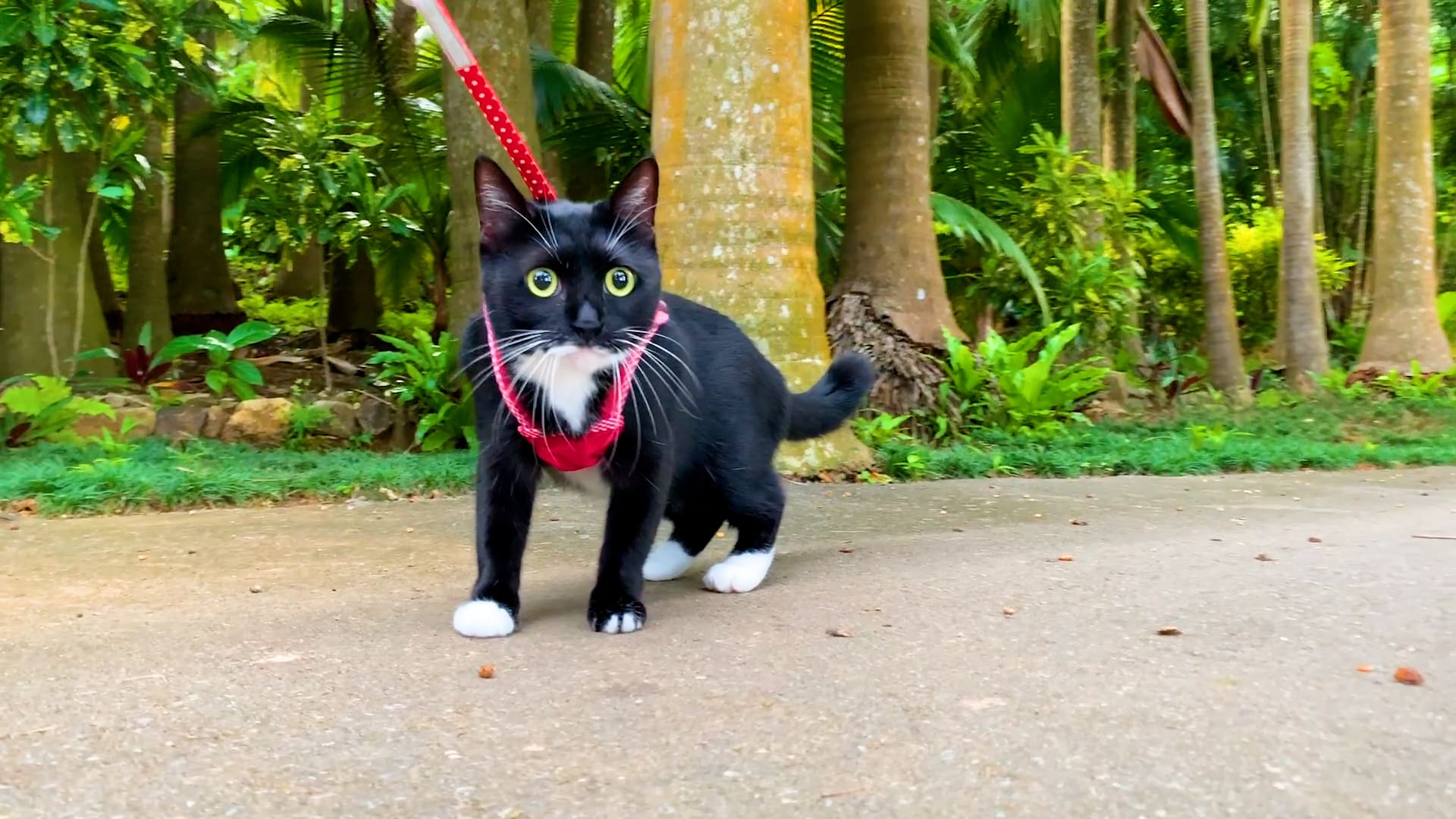 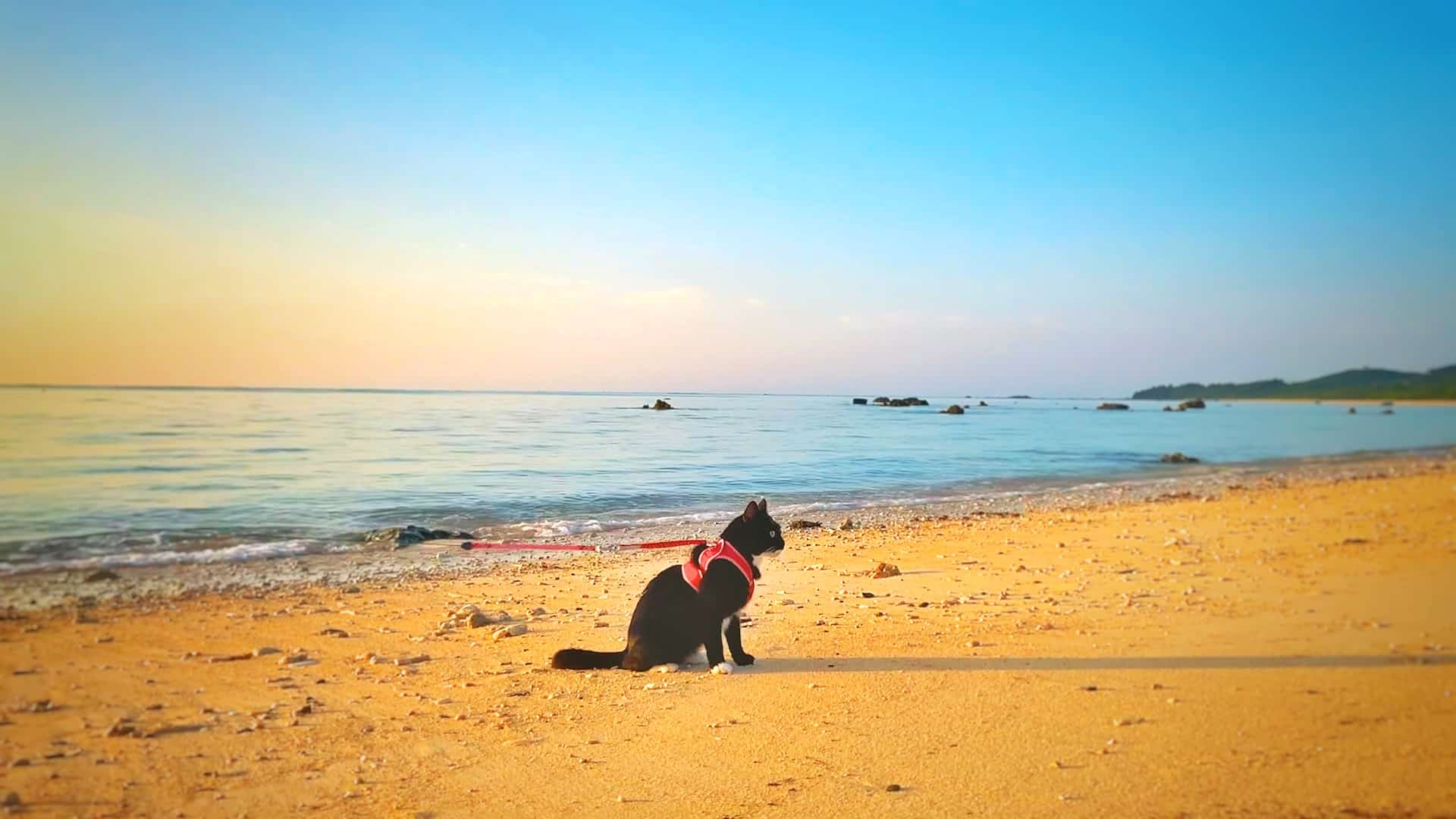 How did Lala get her name?

Lala inherited the name given to her by her previous owner.

I can sense Lara’s curiosity when we take walks together. Cats generally patrol and monitor only their own territory, but Lara is willing to go anywhere new to her. In a scenic area, she often gazes at the scenery in a daze, just like a human. In her own room, she is very reserved and calm. She is a bit of a dilettante. Right now, she can’t catch a single spider and has no fighting ability. As an owner, I am happy that Lara is having a peaceful life. 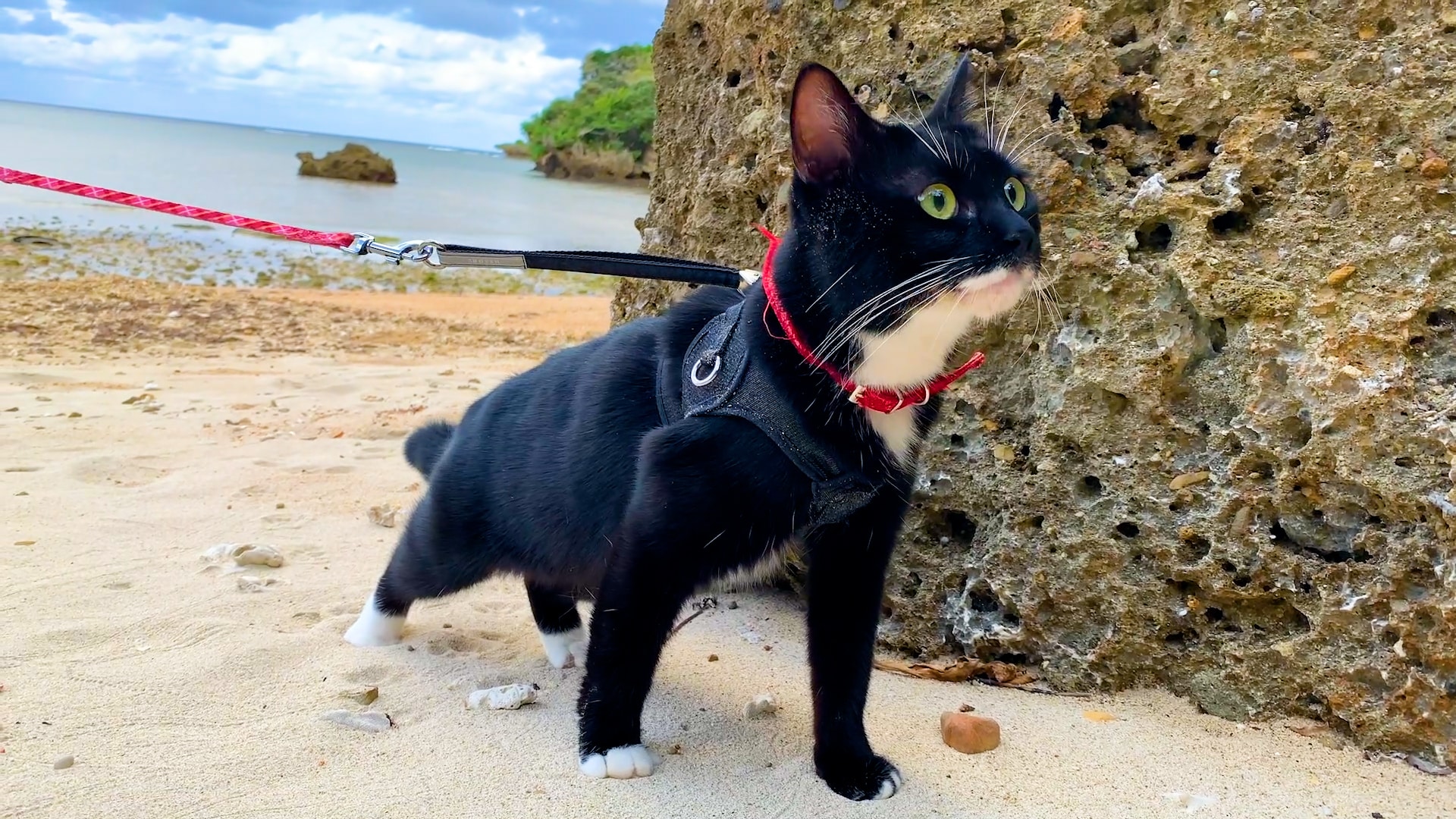 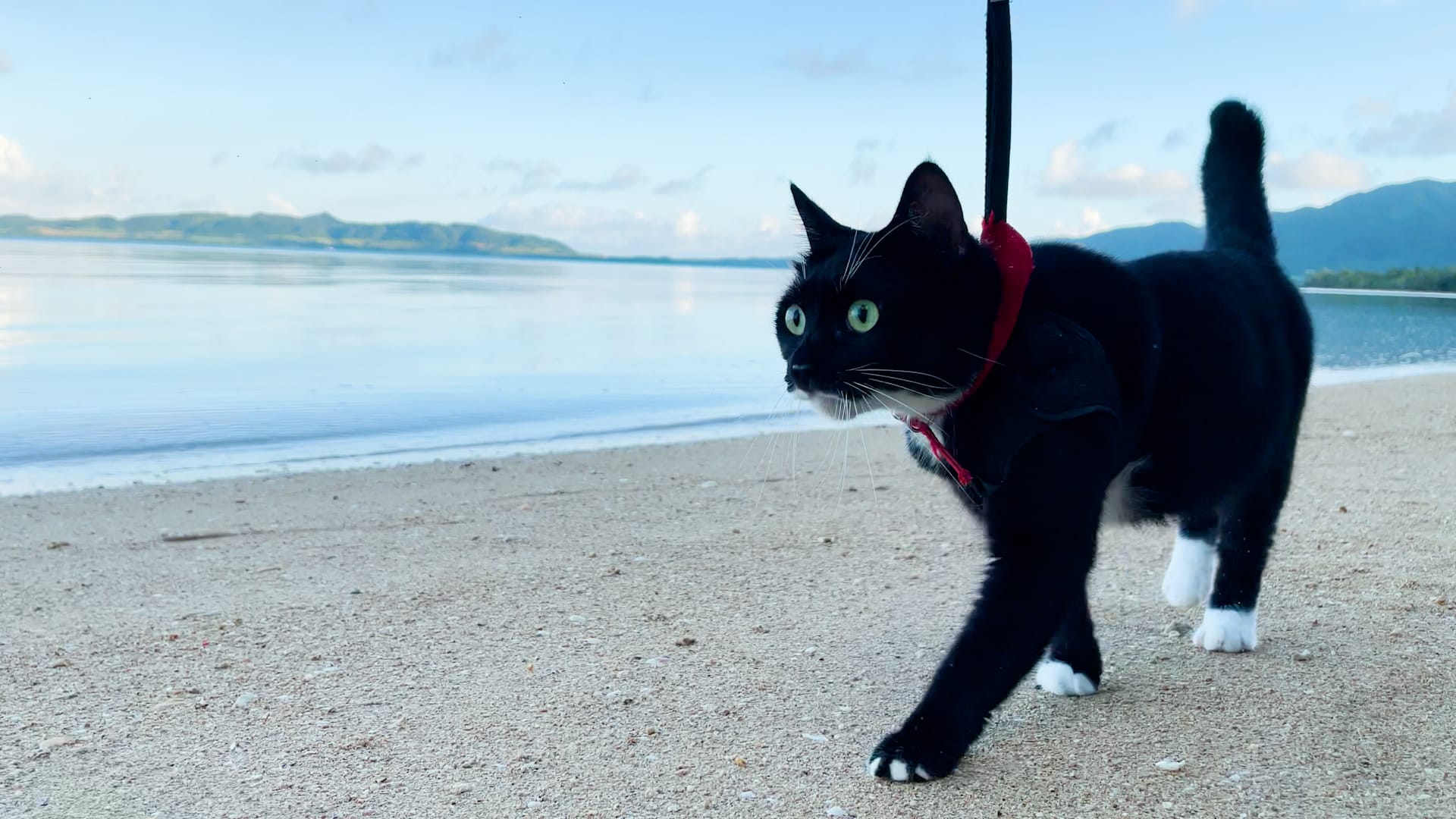 Only my wife and I are living with Lara.

Taking a walk and eating outside on a sunny morning.


What’s something special you’d like people to know about Lala?

We won the grand prize in the 2021 adobe Japan cat photo/movie contest. 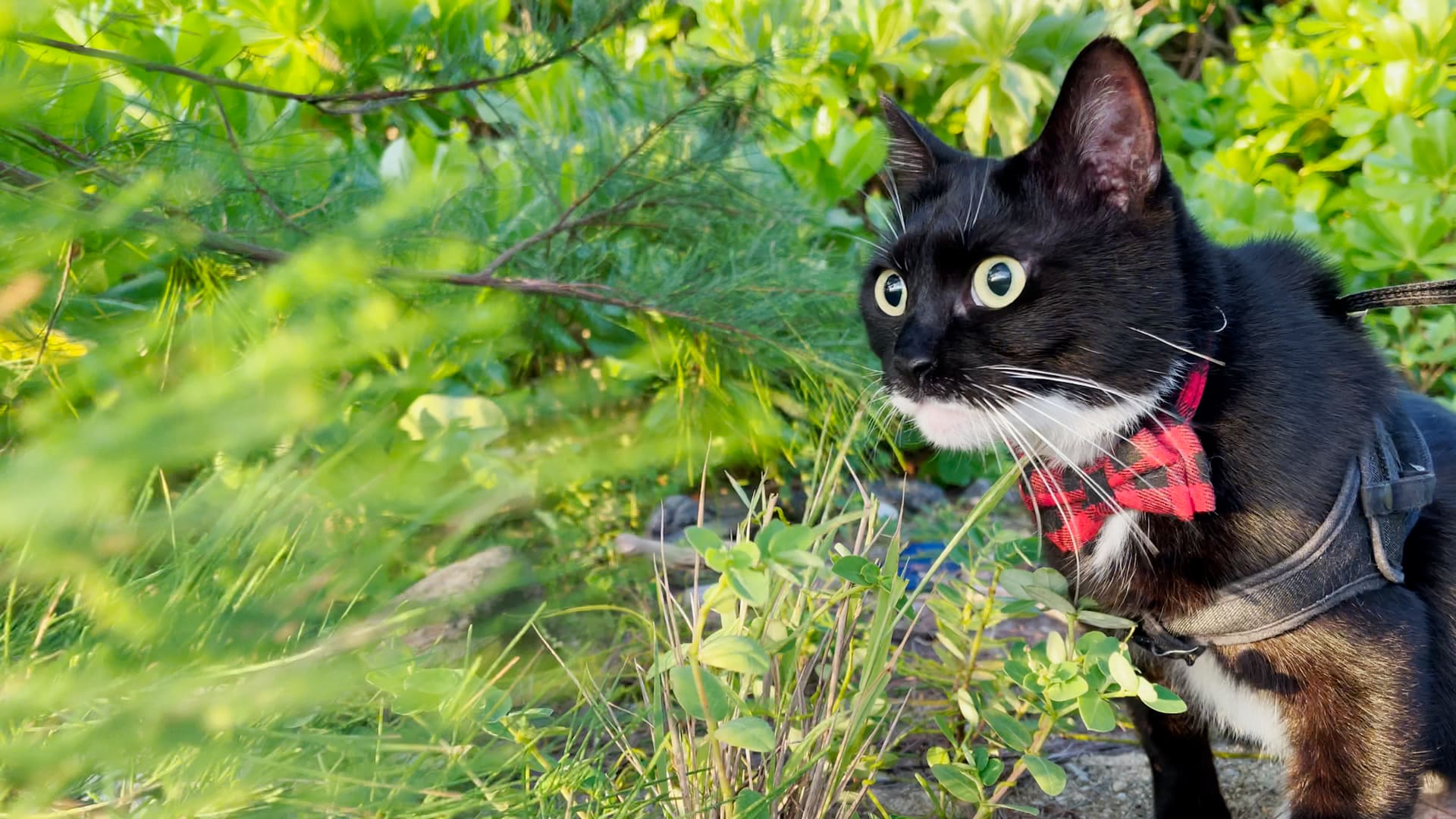 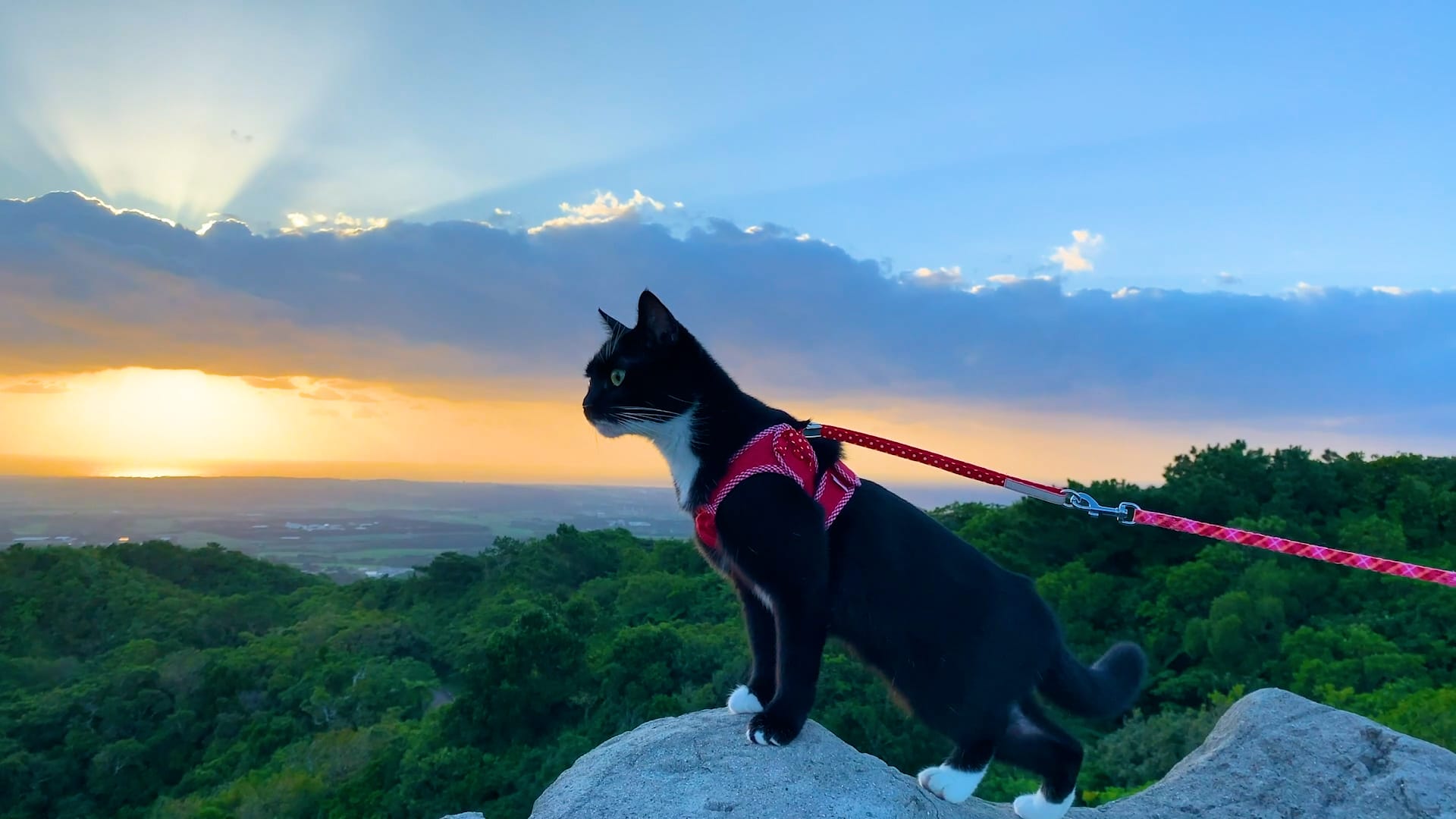 Are there any other specific things you’d like for me to mention about Lala and her purrfect adventures?

I would like to mention that it takes a lot of determination and caution to let a cat out and that it varies from cat to cat, so don’t imitate it easily. In my case, I would make sure not to do anything that would be a burden to Lara.

I will put an appropriately sized harness and a sturdy lead on her. We also pay attention to the location and weather conditions of our walks.

Lara is especially wary of strangers, so we choose unpopulated times and places. I also try to match Lala’s direction and speed as much as possible so that she can move freely. I want Lala to feel free during our walks. 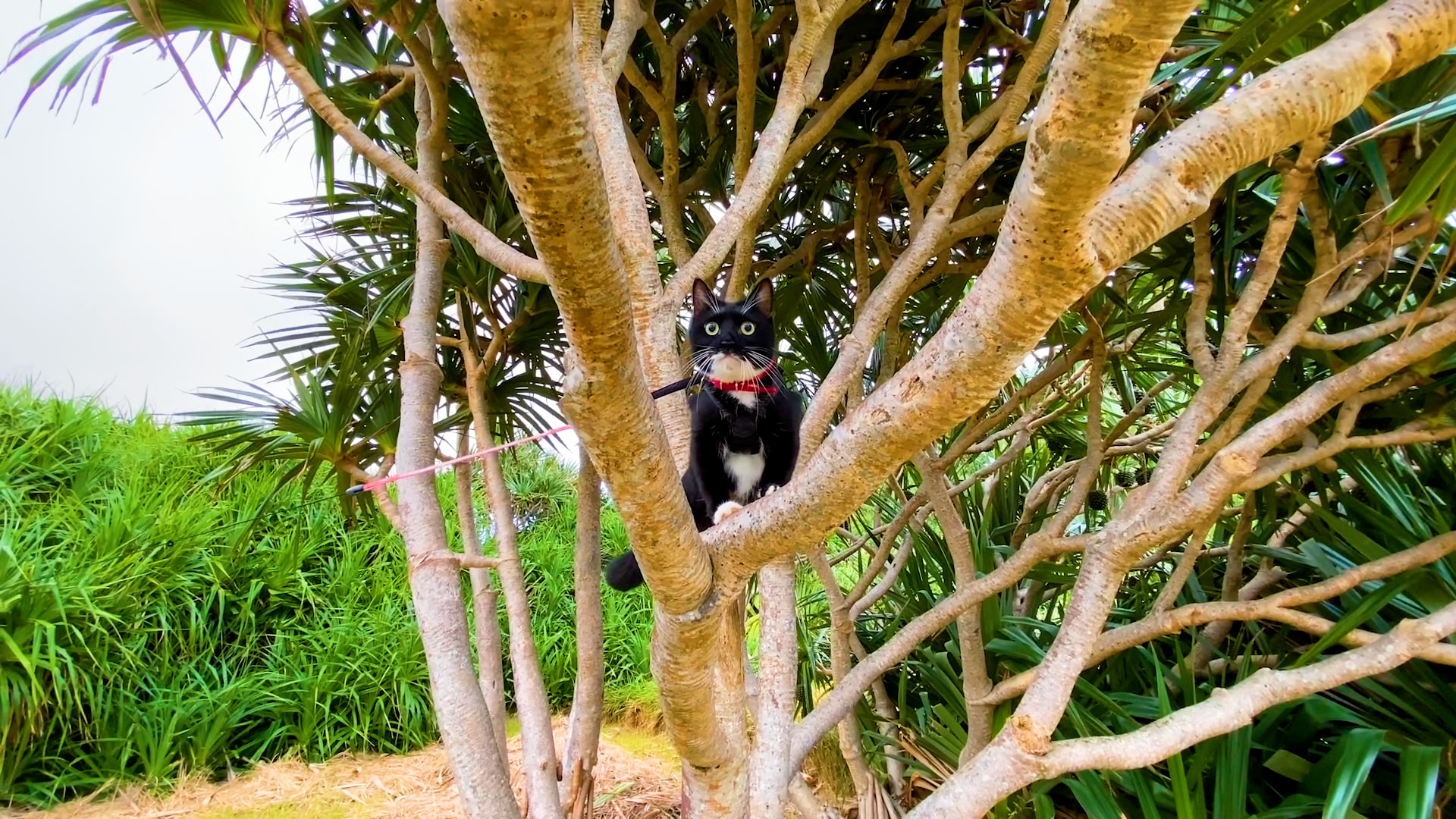 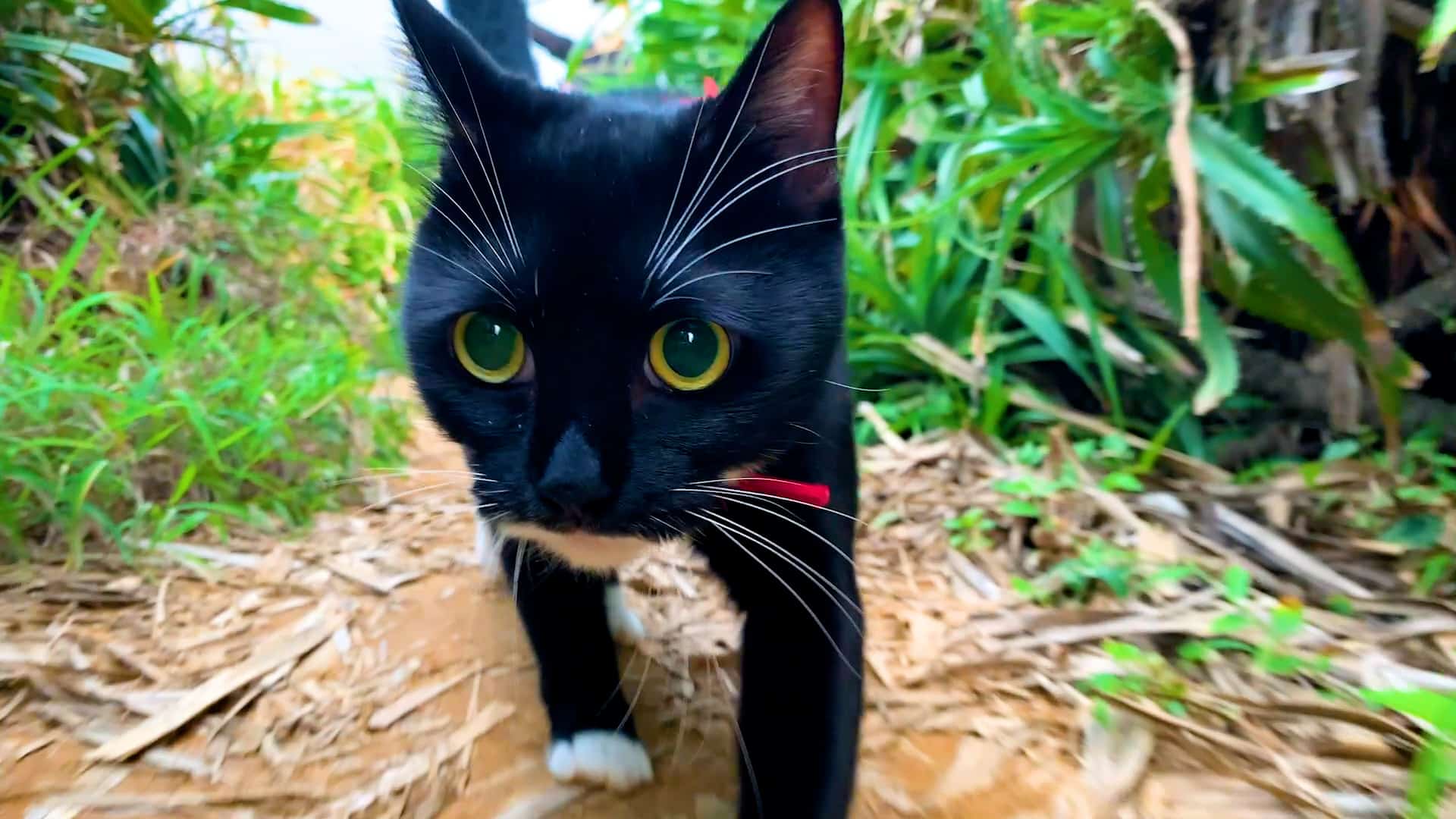 I’d like to give a special “Arigatou” to Lala’s owner for allowing me to share her story and images with all of the Cattitude Daily readers. I love learning about rescue cats all over the world, and Lala’s story is proof that sometimes a second forever home isn’t so bad after all for a cat in need. For more on this cute cat and her adventures, be sure to check her out on social media at her links below: