Since this ‘Sacred Cat of Burma’ first debuted in France in the 1920s, its exotic coloring and mysterious past have made it incredibly desirable for various cat owners. But what makes the Birman cat breed so popular? And does it live up to its mythical origins?

Read on to find out some interesting facts about the Birman cat breed…. 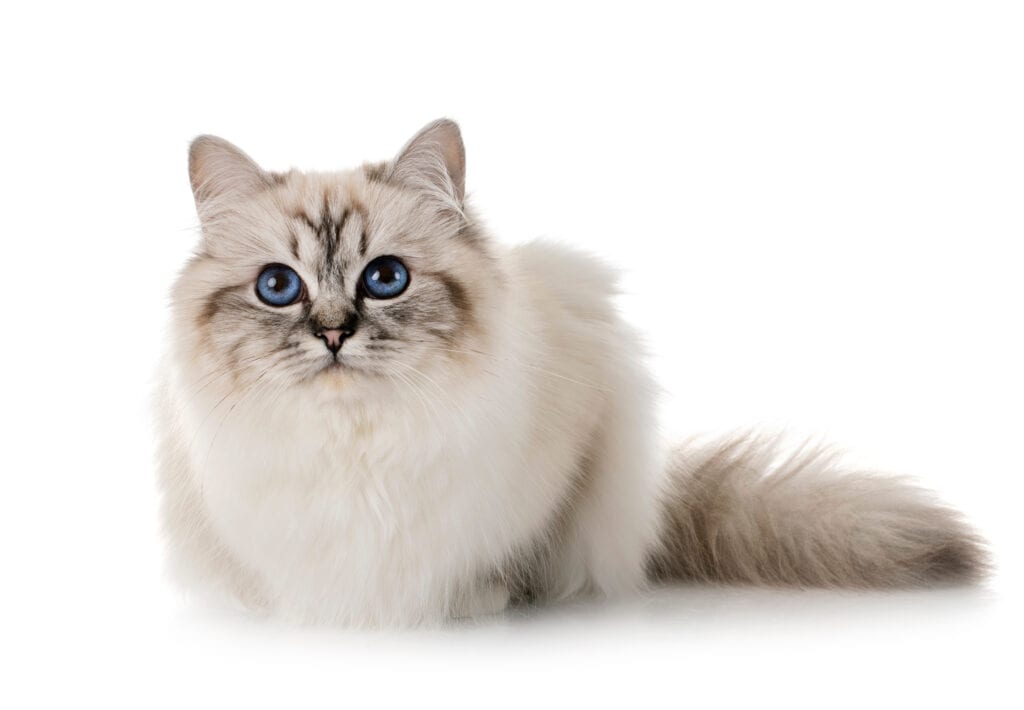 Birman’s have an undeniably gorgeous appearance. Identifiable by their blue eyes, pointed coloring and snow-colored mittens, pure Birmans are known for their calm but affectionate nature. Birmans don’t have an undercoat, making them less prone to matting than other long-haired breeds.

While they are born with pure white coats, they slowly develop their distinctive pointed coloring as they age, their points gradually growing darker until they are around two years old. While the first Birmans were seal colored, they now come in various colors, including; blue, lilac, red, chocolate, cream, and tortie. 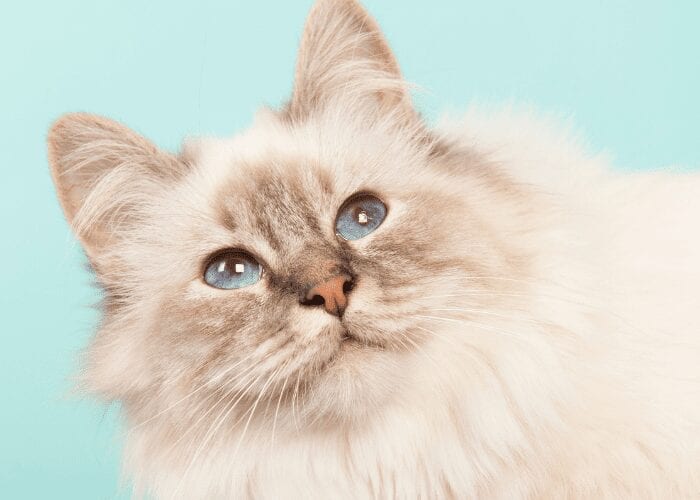 How the Birman cat breed made their mark in cat history

The breed’s name is derived from the french word for Burma, “birmanie,” as the cats are said to have once been the loyal companions of the temple priests in northern Myanmar. It is believed the cats were either brought to Europe as a temple gift or smuggled in by a particularly aggressive cat lover. However, there is no official evidence to support the legend, so the Birman’s past remains a mystery.

However, following the breed’s arrival in 1920’s France, it became an instant success due to its exotic appearance and rarity.

Unfortunately, the Birman’s rarity is a double-edged sword. By 1945, there was only one pair of Birman’s left in all of Europe, both in the keeping of Baudoin-Crevoisier. The pair, named Orloff and Xenia de Kaabaa became the new Adam and Eve of the Birman breed. Their descendants were crossbred with other long-haired breeds until the restored breed was recognized by Britain in 1965 and recognized by the CFA a year later. These pretty kitties are at risk of a few health issues

While the Birman’s popularity has waned since the turn of the century, it remains in the top 20 cat breeds ranked by the CFA. A 2008 study on the genetics of domestic cat breeds found that the Birman had one of the lowest genetic diversity levels. This means Birman cats have an increased risk of developing various genetically linked diseases such as feline hypertrophic cardiomyopathy (HRC), Chronic Kidney disease, and Feline audiogenic reflex seizures (FARS).

Still, the increased vet bills are a small price to pay for such friendly companions. Birman cats are notoriously easygoing and are considered a great choice for households with multiple pets and/or children. The CFA describes the Birman as “unconditional love in a fur coat,” which is undoubtedly one of the many reasons the Birman was used to create yet another famously affectionate cat breed, the American Ragdoll. 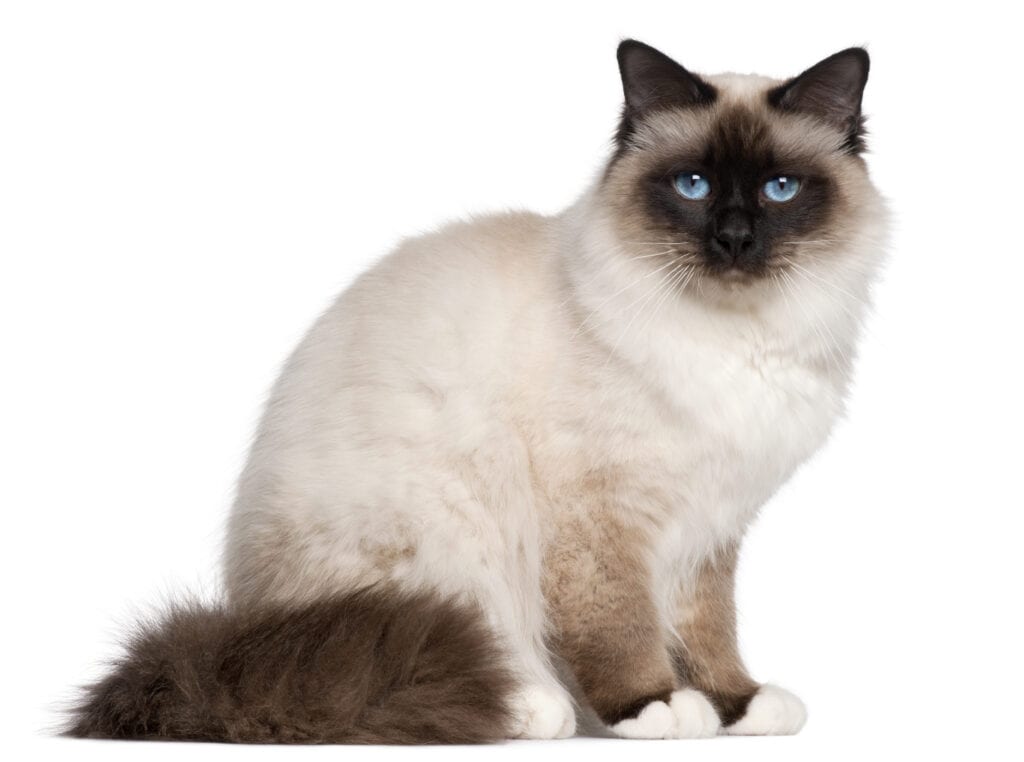 In The Debate Of Cats Versus Dogs, Data Shows Us Cats Rule The World