Home Cat Behavior Why Does My Cat Always Try to Walk Between My Legs?
Cat BehaviorWhy Do Cats

Why Does My Cat Always Try to Walk Between My Legs?

We’ve all experienced the heart-stopping moment of nearly tripping over our cat. Or, in some cases, actually tripping on a cat. It seems that our feline companions are often underfoot! That constant feline company is wonderful. Except when it causes the potential for harm to you or your feline friend. One really common example of this is when cats always try to walk between your legs. For one thing, it’s hard to get anything done when this happens. For another, it’s dangerous. My cat seems to have a special talent for this move. It got me wondering: Why does my cat always try to walk between my legs? 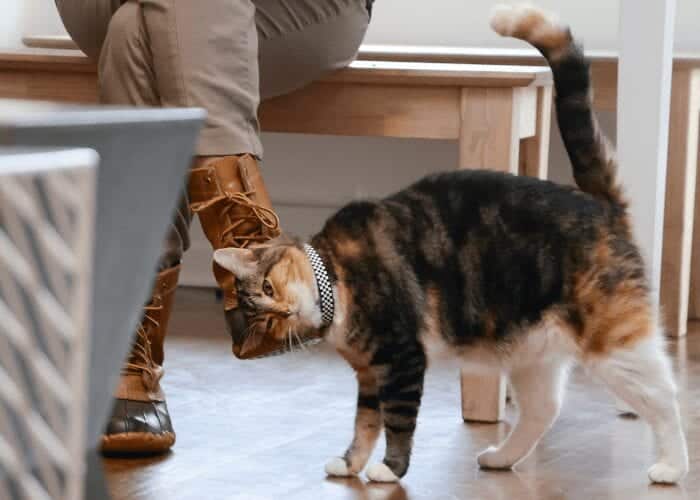 Kitty Rubs His Head on Your Legs

Cats have different ways of figuring things out. Walking between your legs might mean kitty is searching something out. For example, they might decide to rub their head on your leg as you’re walking. When you notice this head butting sort of move from your cat, it probably means he’s trying to learn something about you. That’s because your cat can pick up on scents that tell him who’s who. Head rubbing on a human’s legs generally happens if a cat is unfamiliar with that particular human. In this case, you’ll probably notice this behavior happening more often with your guests. Full Body Rub While You Walk

On the other hand, your cat may wind in between both of your legs without head butting. Instead, he might brush part or all of his furry self against your legs. In this case, your cat is probably just claiming you as his own. It’s pretty normal for cats to do this to their humans. It may be a little inconvenient for you as you’re walking, but kitty doesn’t mind!

When this body rub happens, your cat is leaving his scent on you. It’s an instinctive behavior for your feline friend. He simply wants the whole world to know that you are his human. It’s kind of sweet, in a way. And that is exactly why we love cats! 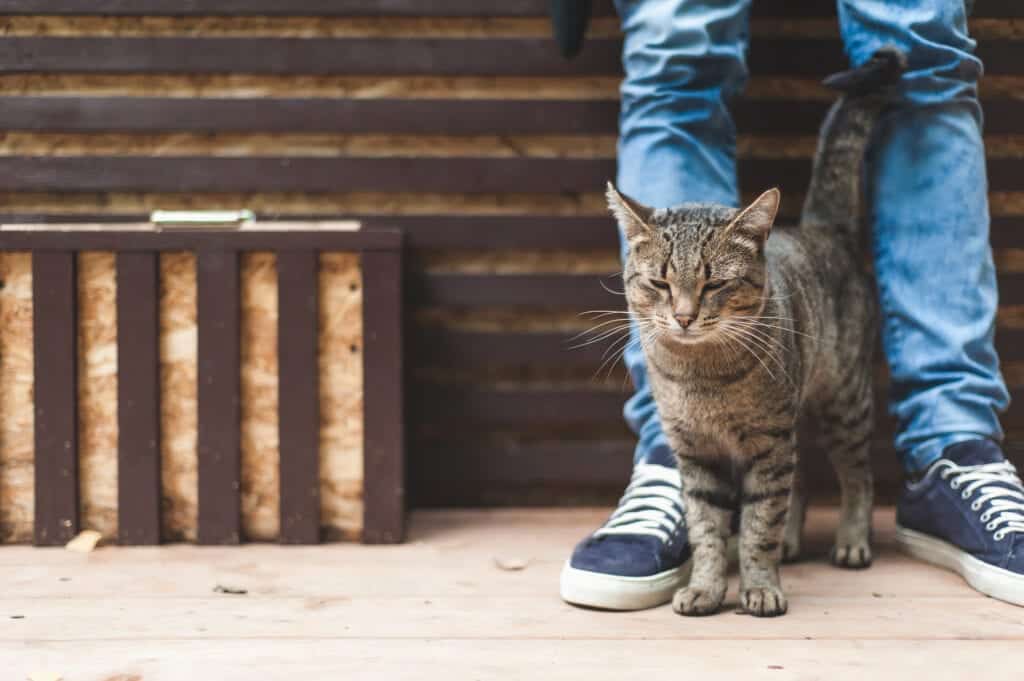 Cats ‘Herd’ Humans While They Walk

Cats do mark their humans with their scent fairly often. And they do try to smell unfamiliar humans to pick up on clues. Interestingly enough, cats might also walk between your legs for an entirely different reason. This reason is a little more selfish sometimes. Cats might decide to walk in between your legs because they want something.

That’s right, they’re attempting to guide you toward something they would like. Most often, that something will involve food. Have you ever had your kitty walk between your legs while you’re near her treats? Mine definitely does this! He is obsessed with his tasty treats. Sometimes, he’s so eager for his daily treat that he will walk between my legs on the way there. He’s just plain excited for them. And, of course, he wants to be sure I’m going the right way. (Humans can be so easily distracted!) 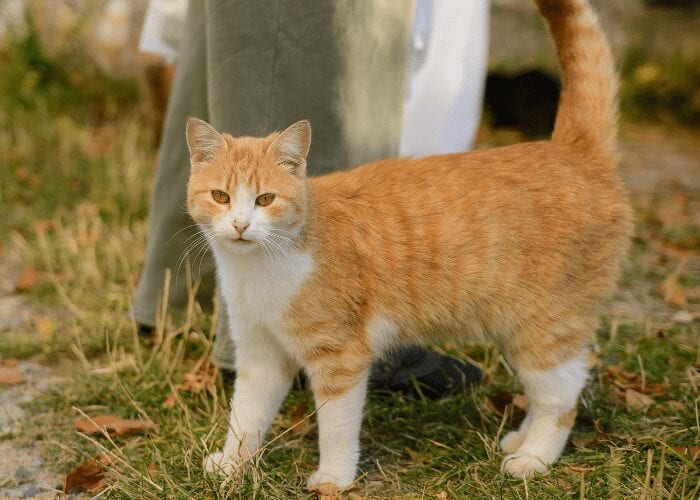 A cat walking between your legs can be challenging. However, it’s nothing to fret about. Cats do this for a number of instinct-driven reasons. Just be sure you’re aware of it so you can watch out for it and avoid tripping over your cat.

Why Are Siamese Cats So Chatty?

Why Do Some Cats Purr So Loudly?