Home Cats Why Do Cats Dunk Their Toys In Their Water Dishes?
CatsWhy Do Cats

Why Do Cats Dunk Their Toys In Their Water Dishes?

Out of all your cat’s strange (and usually adorable) habits, dunking their toys in the water dish is one of the most confusing. Not only does this leave their favorite toys soggy and smelly, it also spills their water onto the floor leaving behind a big mess. You don’t see the human, or even canine, members of the family giving their favorite possessions a good soaking, so what gives? As with most of your cat’s behaviors, the best we can do is guess their motives based on what we know about feline instinct.

Here’s what feline experts have to say.

It’s Part of the Hunting Process

Your pampered pet doesn’t have to worry about hunting down their next meal, but that doesn’t squash their natural instinct to stalk, pounce, and take down prey. If you have an indoor cat, they’re fulfilling that predatory urge with their toys (and sometimes your ankles). They play with those catnip mice as if they were the real thing. 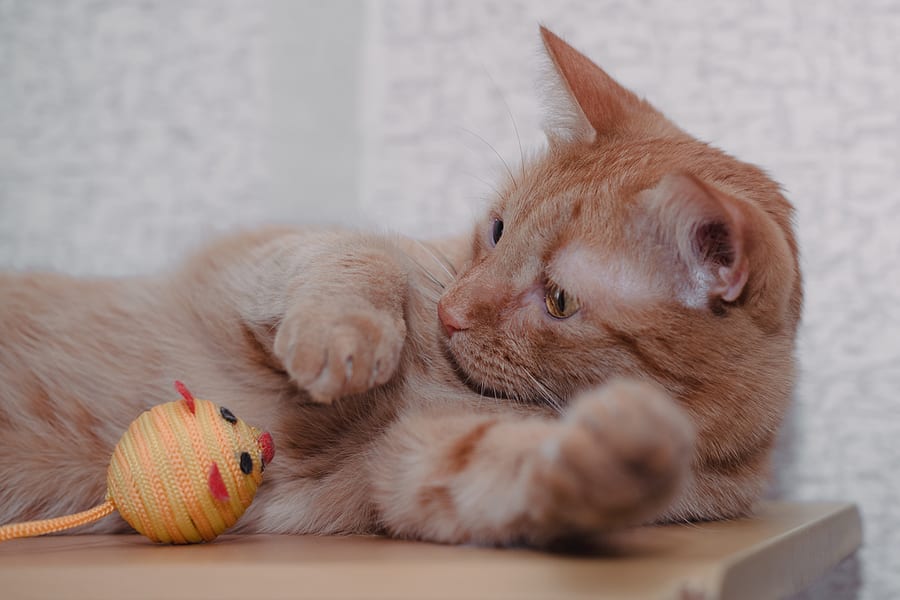 After giving a stealthy butt wiggle, pounce, and batting the “prey” around for however long they want, the next part of the hunting process is to take their kill somewhere safe. In the wild, a cat would take their leftover meal back to their den or nest. It’s an area where they feel safe, and they store their prized prey for the next time they get hungry.

Domestic cats have this same process hardwired into their minds thanks to thousands of years of instinct. They’re forced, however, to make a few adaptations based on their indoor lifestyles. They don’t typically have dens, so they make do with what they have. This is where the water dish comes in. Your cat’s food and water bowls are clearly part of their territory, and therefore a safe place. Behaviorists believe cats dunk their toys in their water dishes because they think that’s as good a place as any to store something important.

Another instinct domestic cats have leftover from their wild ancestors is the urge to gather important things and keep them in a safe place. It’s similar to what they do with hard-earned prey, but this behavior is most closely related to a cat’s protectiveness over their young. 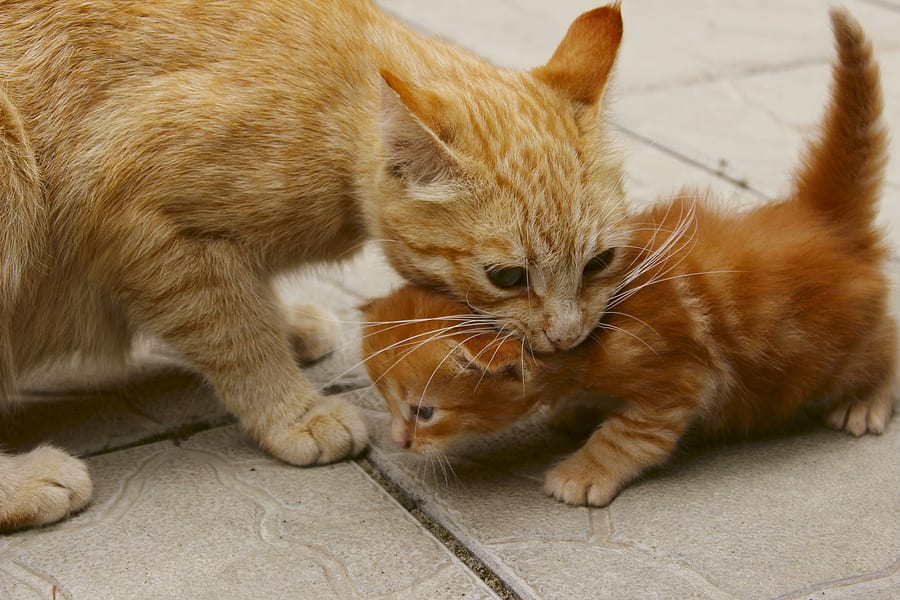 Mother cats carry their kittens by the scruff of their necks in order to transport them to safety. Sometimes they return to a well-known den, and sometimes they continually move their litters based on where they think they’ll be safest.

If your cat is dropping their toys in their water dish and leaving them there, it could be their way of protecting the things they deem most important in a place they already feel is safe.

A third explanation for why your cat puts their toys in their water dish has nothing to do with natural instinct, and everything to do with their silly personality. While a lot of cats do their best to avoid water, there’s a good many who act like playing in that wet stuff is equivalent to a kid having fun at a water park.

For these water-loving cats, there’s no better entertainment than dunking their favorite toys in a bowl of water. The water adds an additional fun factor, and all that splashing can become a regular activity.

Regardless of the reason, there’s no need to be concerned if you continually find your cat’s toys in their water dish. It’s a relatively common behavior and completely harmless. The only downside is you’ll be left cleaning up the mess.

Simple Ways to Help Out Your Local Rescues & Shelters