What To Know About Dementia In Cats

As cats age, changes to their health are inevitable. They might slow down due to aching joints or lose their vision or hearing. Another common symptom of age is cognitive decline. Changes in the brain affect functions including responsiveness, awareness, memory, and the ability to take in new information. This is called feline cognitive dysfunction or dementia. Studies show that more than 50% of cats over the age of 15 have some level of dementia. Some cats start showing symptoms as early as 11 years old. As heartbreaking as it is to watch your best friend age, dementia in cats can be managed. Educating yourself is the first step in properly caring for your senior cat with dementia. 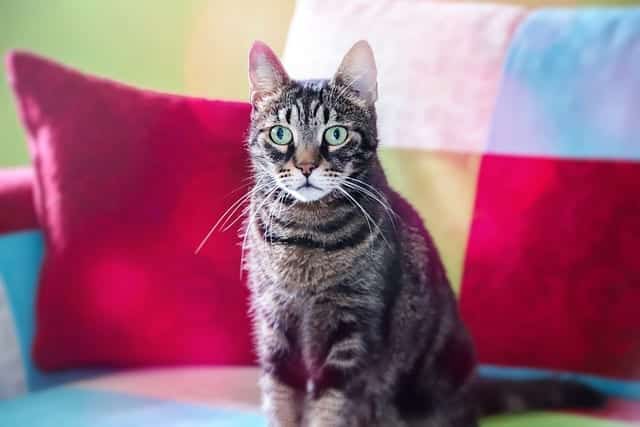 Signs of Dementia in Cats

For most cats, dementia happens slowly. It’s a gradual decline in cognitive function that can happen over months or even years. It can get worse the older the cat gets, and the symptoms will be more obvious with time. The better you know your cat, the easier it will be to know when something changes.

The following changes in behavior are often signs of dementia in cats.

Many of the behaviors on this list are also associated with other illnesses or even injuries. It can be hard to know when it’s dementia and when it’s something else. This is why having a trustworthy and knowledgable vet is so important. 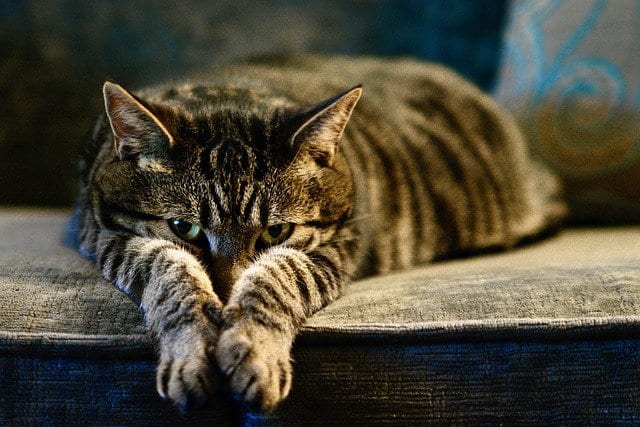 If you’re starting to suspect that your senior cat has dementia, the first thing to do is to have them diagnosed by a vet. While there is no definitive test, your vet will consider your cat’s age, behavior, and general health to determine if the changes you’re seeing really are related to cognitive decline.

With a diagnosis in hand, the first thing to remember is that it’s not the end of the world. Dementia in cats is relatively common, and it’s perfectly possible for your senior feline to continue living their golden years in comfort and happiness.

There is no cure for dementia, but there are several ways you can manage the symptoms and support your cat’s well-being.

Here are a few things your vet might suggest:

Mental Stimulation: Muscles deteriorate faster when they’re not used, and the same goes for the brain. Mental stimulation can help keep your cat’s mind active and engaged. Puzzle toys and daily playtime are as important for senior cats as they are for kittens. 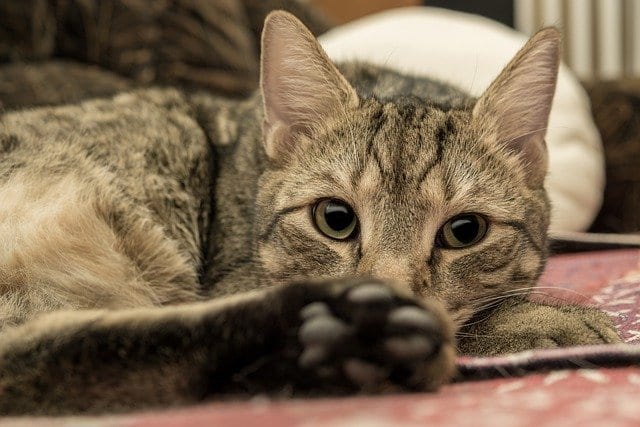 Predictable Routines: Cats enjoy routine even when they don’t have dementia, but keeping things predictable can help prevent further confusion for cats with cognitive decline. Keep their food, water, and litter box in the same places, feed meals at the same time every day, and try to keep the general home routine relatively the same.

Improve Their Diet: Talk to your vet about what the best food is for a senior cat with cognitive decline. Nutrition can help strengthen brain function and support your aging cat’s overall health.

Consider Supplements: There are some studies that say supplementing a cat’s diet with omega fatty acids, B vitamins, and antioxidants can help slow cognitive decline and support healthy brain function.

Can Dementia in Cats be Prevented?

While the cause of dementia in cats is largely related to age, there is no clear-cut evidence to explain why some cats get it and others don’t. Many vets agree, however, that there are simple things cat owners can do to help prevent, or at least slow down, cognitive decline.

Mental enrichment is one of the best things you can do for a cat’s cognitive health. Introduce mentally stimulating activities at a young age, and keep up with them throughout your cat’s entire life. Working the brain on a regular basis will help keep it in shape and has been known to delay the onset of cognitive decline. Committing to a lifetime of good nutrition can also have long-term benefits for your cat’s brain.

It’s never too late to start prioritizing your cat’s mental health. You might not be able to prevent dementia entirely, but you can certainly give your cat a great life. A diagnosis of dementia is not the end of the line for your feline best friend. They’re still the same cat you love, and they can still enjoy their golden years with family. Talk to your vet about additional questions on how to best support your senior cat.

This Bed Frame Is Perfect For People With Cats

Weight Loss in Cats: What You Need To...

Signs Your Cat Is In Heat

Do I Need To Brush My Cat’s Teeth?