Signs Your Cat Loves You

You know you’ve asked yourself this in your mind at least a dozen times. But it’s okay, because we have, too! If you’ve ever wondered if your cat loves you, then you’re certainly not alone. And while our cats cannot write us love letters or bring us home a bouquet of roses, they can show their love in other ways. Want to know how your cats prove their love for you? Then keep reading, cat lover!

Rubbin’ and buntin’ all over you

Cats’ faces have scent glands on both of their cheeks as well as their chin and ears. I’m sure you’ve seen when a cat rubs their body against a hard surface, and they do this because they are leaving their scent on what they are claiming as theirs.

When your cat rubs their head against you, this is actually a behavior known as bunting. Your cat will bunt as a way to claim something as theirs affectionately. Cats are very particular about scents, and when they groom themselves, they often do so to remove scents (including yours!) off of their coat. But when cats bunt against you, they are doing this because they actually want to pick up your scent on them. Surprise them with a little bunt in return! 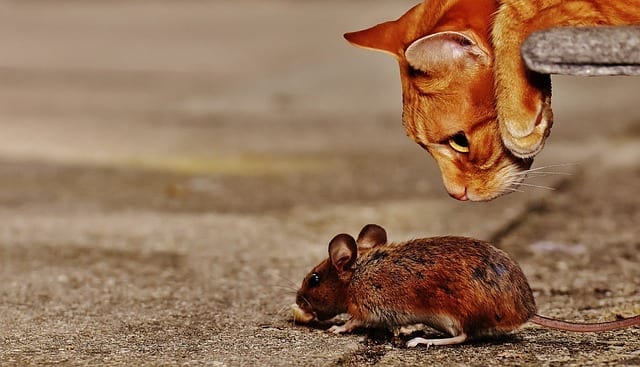 Okay, so for this one of the signs that your cat loves you, often times people will argue that this is not actually a sign that they adore you. Scientifically speaking, it’s been speculated that cats will bring their kill to their owners as a way to show off their hunting skills, and humblebrag how great they are in comparison to yours. But as mentioned above, your cat will bring you their kill as a way to present you with something. This shows that your cat was not only thinking of you, but also that they want to share something with you, and additionally that they want you to see what they are capable of. Maybe you can keep these things in mind when you’re figuring out how you’re going to dispose of that dead squirrel on your welcome mat. 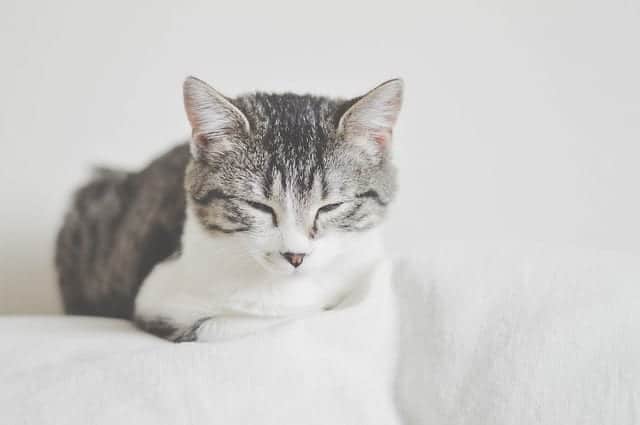 Want a “kitty kiss” from me?

Cats are not going to pucker up their lips and give you a smooch if they love you. Think as if you’re a cat for a moment. Your cat is a predatory animal by nature, but small enough to also be considered prey to others larger than them in the wild. For your feline friend, they are most vulnerable when they are on their back (more on that below!) or asleep. When your cat slow blinks, closing their eyes softly, they are not only at peace, they are incredibly relaxed and in a heavenly state. So when you see those slow blinks come your way, this is their way of kissing you in cat logic!

While cat licking is usually related to grooming (mother cats lick their kittens as a part of the grooming process, and kitties lick themselves for the same reason), but cats also lick each other as a sign of affection. If your cat wants to show you love, she will naturally replicate this behavior and give you some wet kisses and licks.

Look at my belly, but just don’t touch it!

Your cat is most vulnerable when they are on their back, because it takes them longer to rise and run off in this position than any other. So when your cat flashes you their belly–and often–they are doing this because not only do they trust you and not see you as a threat, but also because they love you! But if you like how your skin looks without cat scratches all over it, do yourself a favor and pass on the opportunity to pet their belly. Not only does your cat not want you to do that, but they will be quick to show you, too! We know it’s tempting with all that fluff, but just worship from afar instead.

Did you know that any cat in the wild that does not roar has the ability to purr? We know that purrs are used for different reasons, but it’s a well-known fact among cat connoisseurs that cats will purr to express their content. Do you notice that your cat will purr whenever you are near, and specifically when you are holding them? This is a telltale sign that your cat loves you! Now, if only we had the ability to purr back… This common behavior in cats relates to contentment. Your cat is as happy as a clam, likely with their eyes closed, purring loudly, and making biscuits on a part of your body (most likely your stomach). Cats will only knead when they are at peace and feel safe, and performing this behavior also relaxes them. Have you ever noticed your cat almost seems like they are in a trance when they are kneading? While you are not their actual cat mom, you are their human mom or dad, and kneading brings them back to a time when they were nursing as a tiny little kitten. 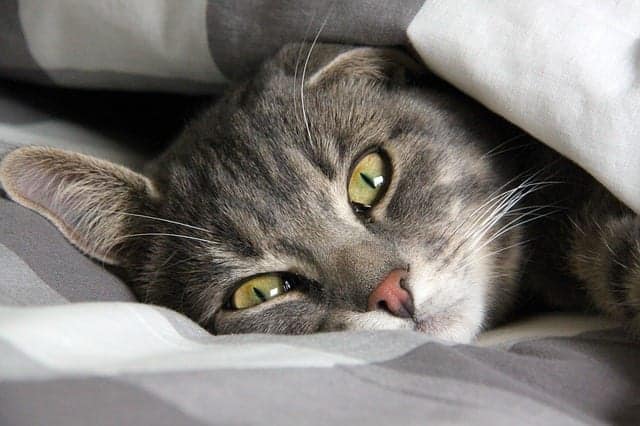 Sitting/Sleeping on your clothing or favorite chair

Have you returned home from an outing to find your cat laying on your designated chair/spot on the sofa, or lying on top of your worn clothing such as your favorite sweater? Cats do this in your absence, because not only do they love you, but they miss you and doing this reminds them of your scent. Awww! 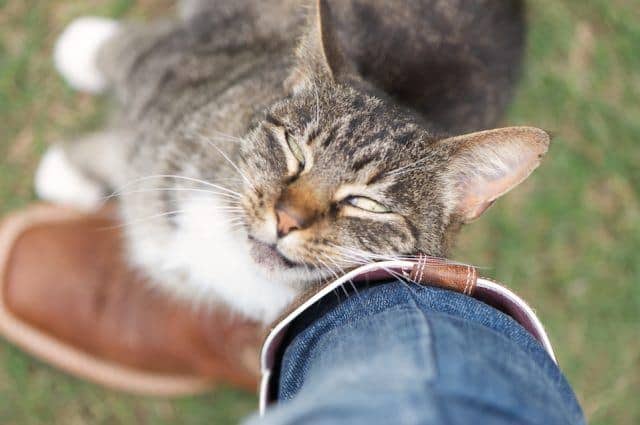 The Most Popular Cat Names According To Actual Cat Owners