Home Tags Posts tagged with "why do cats go to other houses?"
Tag:

why do cats go to other houses?

Why Does My Cat Visit Other Houses?

Not all of us permit our cats to go outdoors unattended, but for those of us who do, we often wonder where it is that they go. Are they leading a double life? Do they go to other houses in search of food? Are they cheating on me with other humans? These are just a few of the questions that we might ask ourselves. Many people don’t realize just how social some cats actually are. I know for myself, my cats provide endless entertainment to my neighbors, and I am grateful that they don’t seem to mind my cats’ curious presence. Have you ever wondered why cats go to other houses? Well, the answer might help you to better understand what’s going on behind those whiskers. Cats go to other houses because they’re curious by nature

Remember, cats are very territorial beings. Cats aren’t like dogs that are looking to make best buds with the dog next door. Should there be a cat next door to your home, your cat might not be wanting to get chummy with them. Some cats are less confrontational than others, but don’t be surprised if they quarrel instead of sniffing bums. It’s hardwired into cat’s DNA to explore. So, if something strikes their natural sense of curiosity, your cat will likely investigate. And this is especially true if your neighbor’s cat has any cat food sitting in a dish outside of their home. Oh, how well our cats have us trained. They get everything they want strictly on their terms and we are always ready to meet their every demand. I’ve learned that even my shy kitty Tom is not nearly as shy as I thought he was. And, I won’t lie, I got a little jealous watching him curl his little tail around my neighbor’s leg, washing dishes like a scorned lover, glaring through opened blinds out of my kitchen window. The thing is, cats are not these solitary loner beings that many people are led to believe that they are.

Now, most felines aren’t about to hop in your vehicle and go for a spin with their head hanging out the window like a dog would, but they are excellent judges of character. Cats can read better than Miss Cleo could, God rest her hilarious soul. Your cat will read a person’s body language, even your “shy” cat like mine, and if they determine the person not to be a threat, well, then they just might mosey right on over to them and get a little pet or two. Your cat likes attention, and sometimes, they like it from other people, too. You’ve been warned. 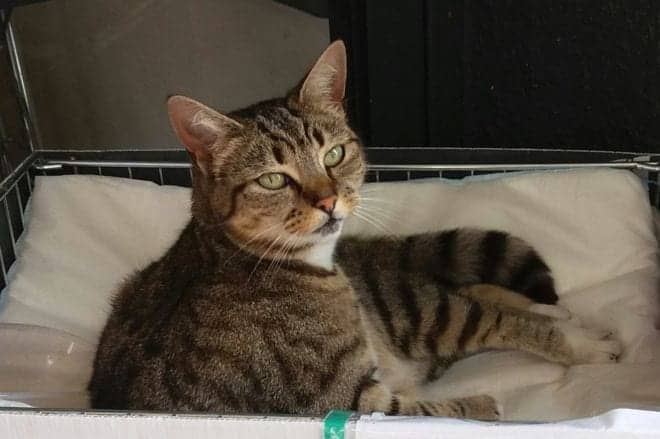 Minnie, in all her glory

Cats go to other houses for a few reasons, so try not to take it personally if you know that you are taking good care of them.

Bear in mind, cats are opportunists by nature. And although they have it good at home, they just might be curious to see if that grass is greener. For one cat named Minnie in the UK, she makes her demands clear that she’d rather post up at the local Co-op so she can receive attention from shoppers…although she has a perfectly good home down the street. So, some cats are more upfront about their interest in being adored than others. 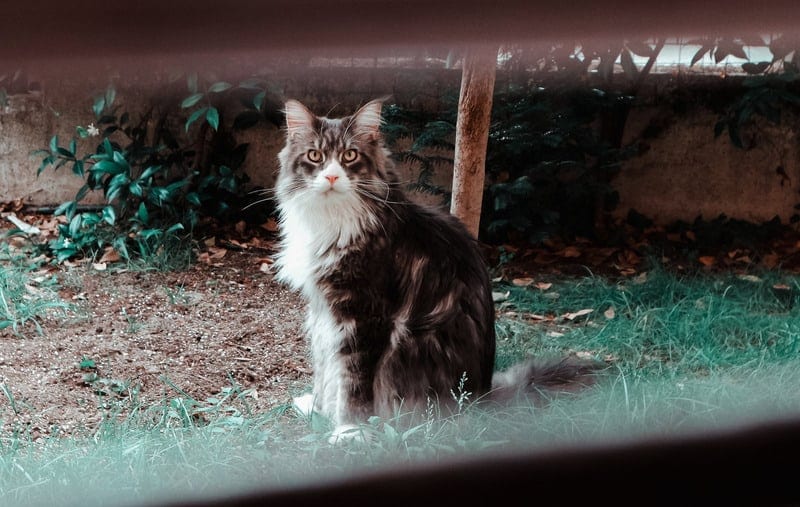 My three cats are total hams that love attention. I have one in particular, Pepper, who is a complete goofball. When going door-to-door alongside my daughter to sell Girl Scout cookies this year pre-pandemic, we discovered just how social our cats are with our neighbors. Especially to our next door neighbor to the left of us when they purchased a few boxes of cookies. They even named our cats because they didn’t know what their names were and they said that they “liked them so much” whenever they visited. Feeling guilty for having my cats intrude on their space, I apologized profusely. The man of the house smiled and laughed, telling me that he didn’t mind one bit. He said that “Norman” always made him laugh, and that Chad was so striking, and Glenn was so sweet. 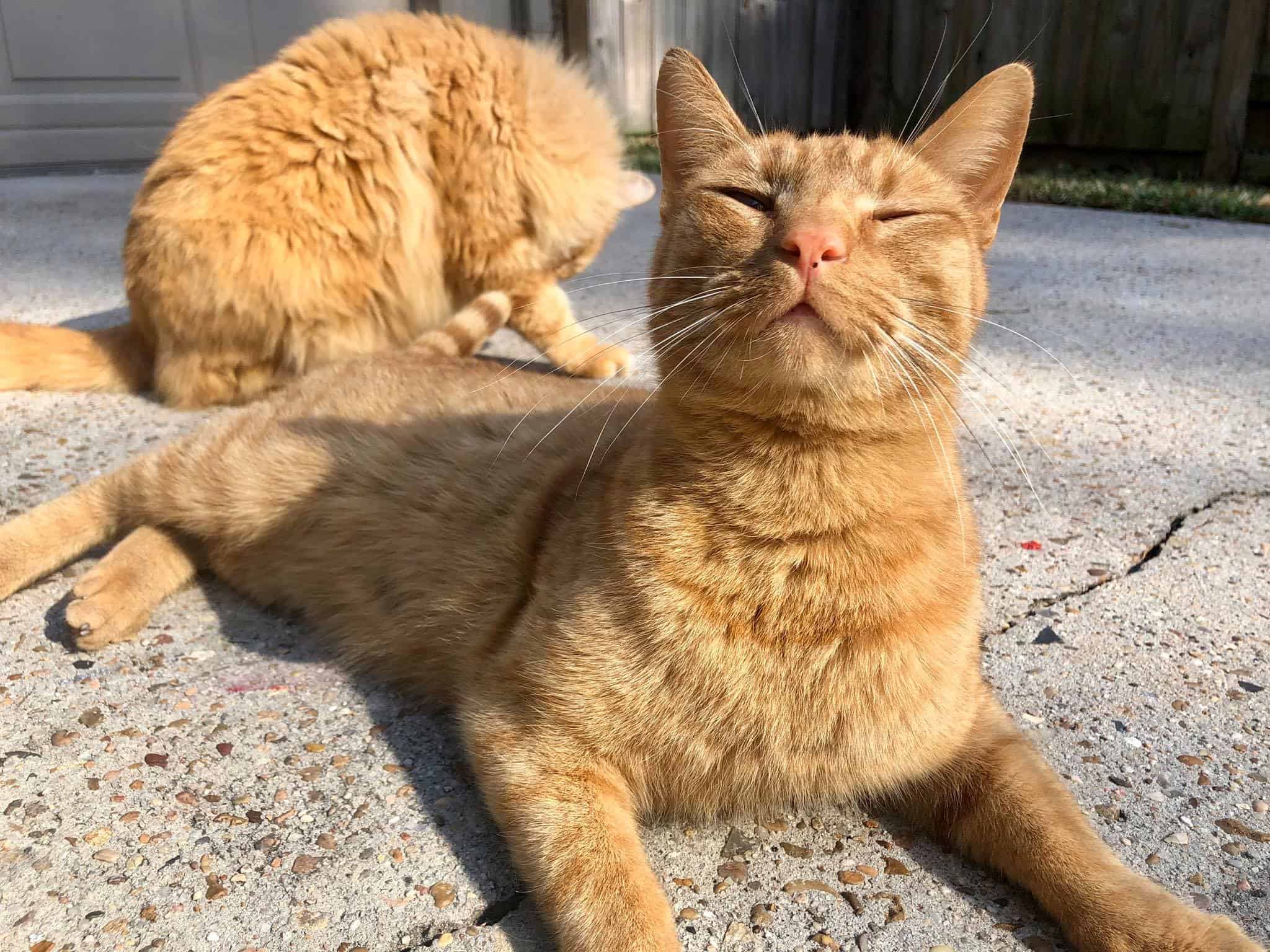 Tom, AKA Chad. And a fake “shy” cat, Mr. Purple, AKA Glenn, in the background

My daughter found the new names for our cats most interesting and was sure to tell him that her cat was named Pepper…and he wouldn’t like being called Norman. Which, obviously, made me turn eight shades of red. The thing is, cats do like attention, and some even like praise. Cats are able to understand the different tones in our voice when we talk. Now, I don’t know if Pepper would turn around and look at me should I call him Norman, but maybe he does for my neighbors. The truth of the matter is, only they would know the answer to that! And trust me, your cat knows their name. But sometimes they just don’t care to respond to it. 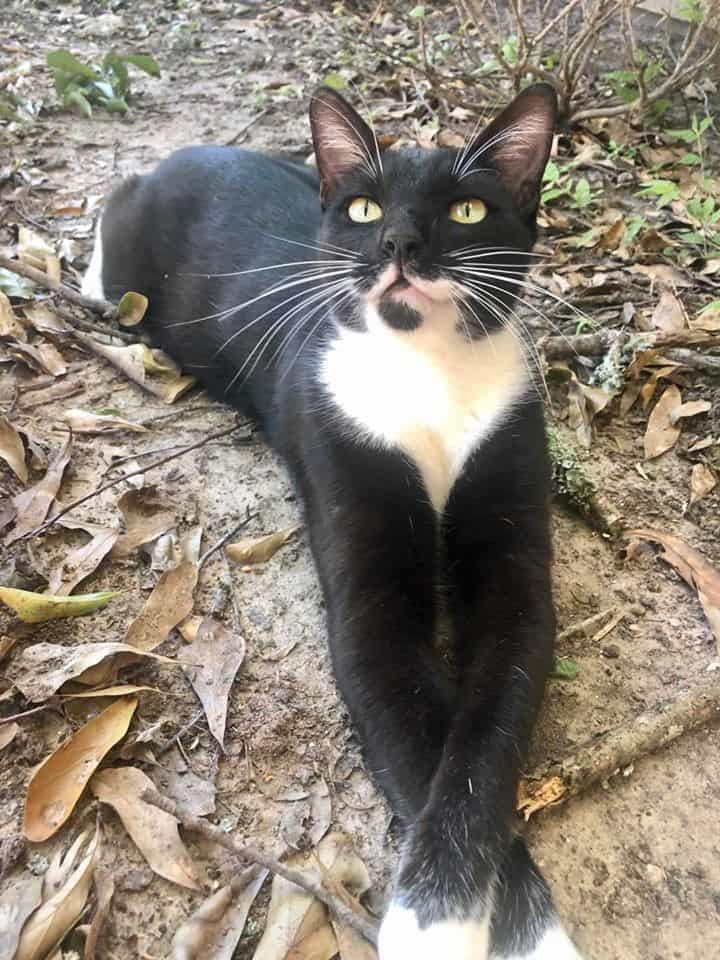 Pepper AKA Norman depending on what side of the fence he is on.

What’s theirs is mine

Remember, your cat is a very territorial being. In their minds, the perimeter of their feline kingdom extends beyond your property line. The trouble is, feline marking can be a major cause of concern for a neighbor who is displeased by a cat which is not theirs spraying in their garden. Cats will spray to mark what is theirs, and your next door neighbor neighbor might not be too pleased should their bushes by marked by potent cat urine. Obviously cats are safest when they are kept indoors. And although we love our cats, cat marking is a major source of disagreements between neighbors. By keeping your cat indoors, this can resolve the issue entirely should you have a cat that’s highly territorial and not afraid to show it in your neighbor’s yard.

Have you ever wondered how it is that cat’s choose their favorite person? Find out here in this article on cattitudedaily.com!