Feline 411: All About Scottish Fold Cats

Easily recognized by their adorable folded ears, the Scottish Fold is a cat breed with both distinctive looks and personality. While they originate from Scotland, these cute cats are now found in homes all around the world. They’re valued as clever companions while their devotion to family is somewhat rare among their fellow felines. The Scottish Fold is a beloved cat breed, but there’s a lot you might not know about these purebred felines. Keep reading to find out. 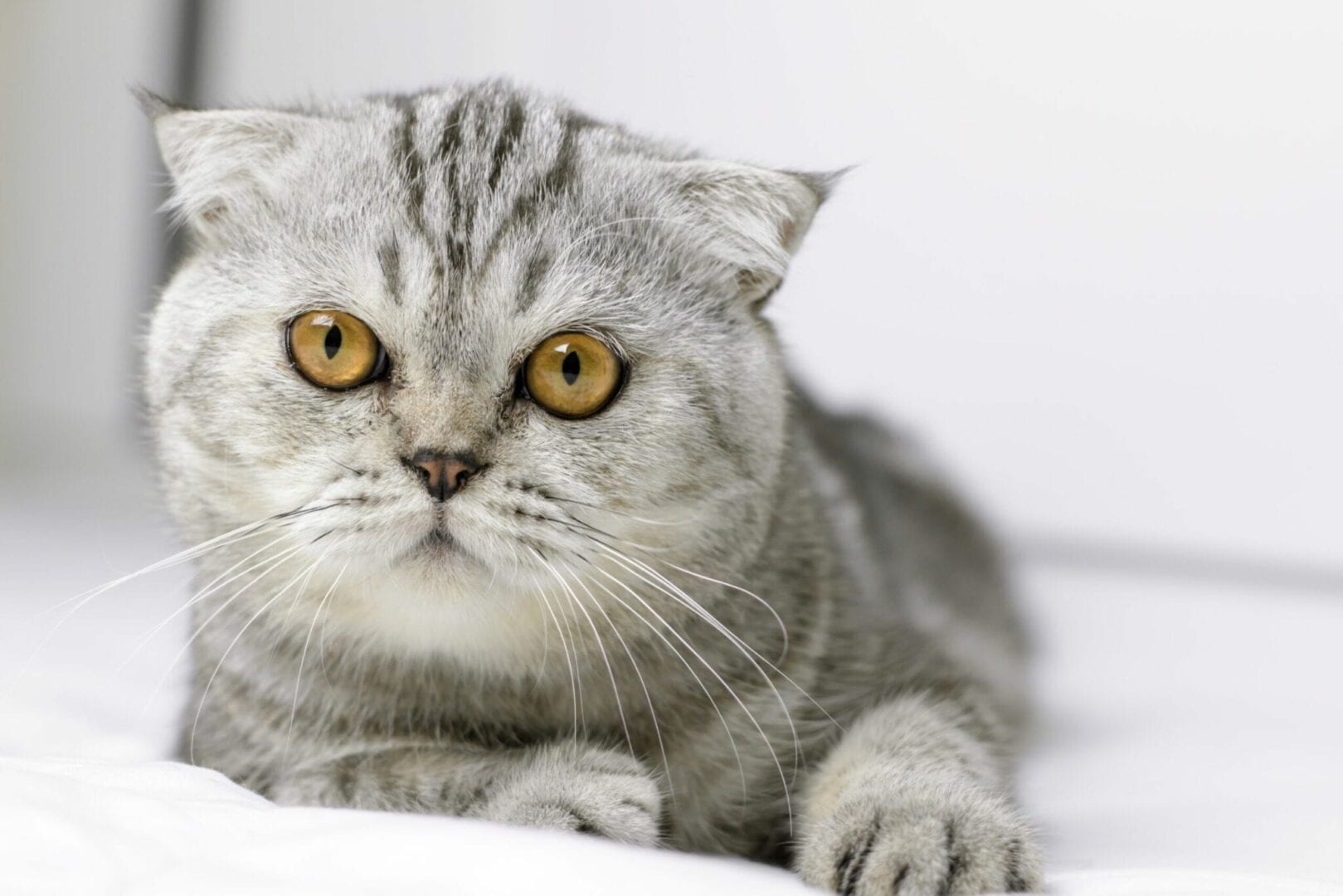 While there are numerous breeders for Scottish Fold cats today, every purebred cat has one shared ancestor. They can all trace their lineage back to a farm cat named Susie that lived in Scotland in 1961. Susie was a beautiful light-colored cat with uniquely folded down ears. When British Shorthair breeders William and Mary Ross laid eyes on Susie, they immediately fell in love. They believed her unique look gave her potential to start an entirely new breed of cat.

William and Mary purchased Susie from the farm where she was found and hoped breeding would result in more cats with her cute looks. Their plan worked, and Susie gave birth to two kittens with folded-down ears in 1963. From there, the breeders initiated a breeding program that included their own British Shorthairs as well as random-bred domestics. 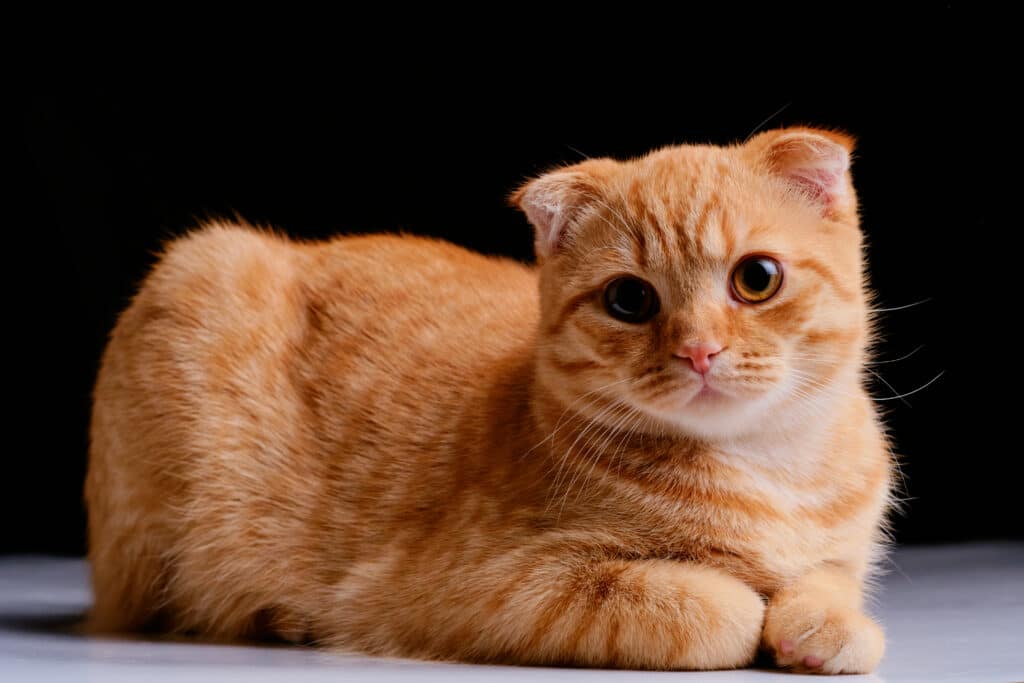 It didn’t take long to learn that the gene for the folded ears was a dominant trait, and the breeders also started selecting cats for their temperament and coloring. Those first cats so closely related to Susie were originally named Lops after the type of floppy-eared rabbit. It wasn’t until 1966 that the new breed was called the Scottish Fold.

Breed Fact: There are other cats with folded ears, but the Scottish Fold is the only breed with this interesting trait that is allowed in the show ring. 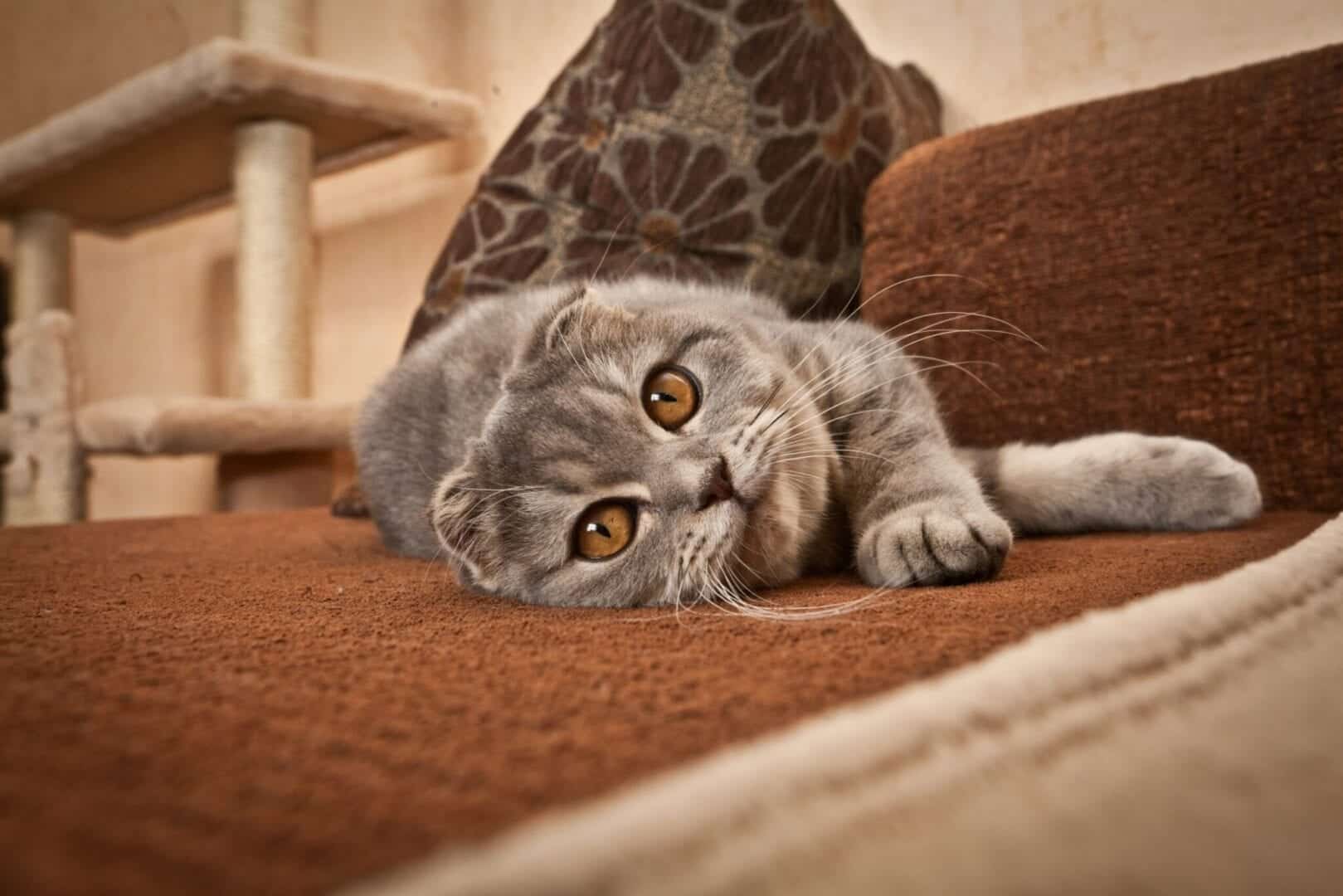 It took only 10 years for the Cat Fanciers Association to formally accept the registration for the new Scottish Fold. And by 1978, they were a champion breed in America. This fast rise to the top was an amazing achievement, and soon the breed was among one of the most sought-after in the country.

While both breeders and everyday cat lovers fell in love with the Scottish Fold, the development of the breed did come with challenges. At first, there was a concern that the folded ears would lead to issues including chronic ear infections and deafness. These worries were deemed generally unfounded, but even today, reputable breeders take great caution to avoid certain genetic conditions.

Breed Fact: One of the most common health conditions has absolutely nothing to do with their ears. Many Scottish Folds develop arthritis in their tails at a young age.

Despite their smushed appearance, a Scottish Fold’s ears are just as functional and healthy as any other cat’s. They’re even highly expressive and can still swivel toward unfamiliar sounds and perk up to the sound of a treat bag. Deafness was an original concern, but most experts believe this issue was more related to the cat’s coloring than their ears. The only prevalent issue presented by the folded ears seems to be a possible increase of wax build up. It’s been proven that the gene for folded ears is dominant, but it’s still unclear whether Susie was the first cat in her family tree to have this mutation. It’s possible that Susie’s parents or grandparents also looked like her, and no one noticed or recognized their ears as outwardly special.

Breed Fact: Most people don’t realize that Scottish Fold kittens are born with their ears folded over. If they’re going to fold (some don’t) it usually happens 3-4 weeks after birth. 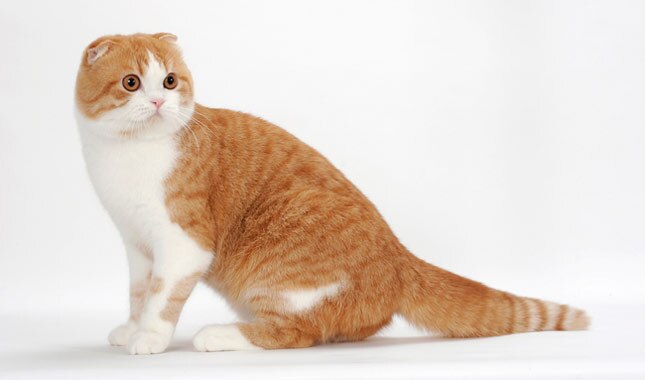 Besides their ears, Scottish Folds are beloved for their sweet temperaments. They are generally accepting of all people and are social without being overly clingy. Pets and attention are typically accepted from all, but it’s often said that Scottish Folds like to play favorites.

Once they choose their favorite person, they prefer that person’s company over all others. But unlike other cats, their devotion isn’t always obvious. A Scottish Fold is more likely to lay next to you than on your lap. They like attention on their terms, and they’re more relaxed companions than overeager cuddlers.

Scottish Fold cats are great family members as well as adorable friends. They’re sure to charm you with their unique ears and friendly personalities.

Why Do Cats Like To Sleep Under Your Neck?

How To Have A Cat Even If You’re Allergic

Meet The Rarest Cat Coat Color Of All:...