In Kent, England, there is a special place where big cats have hope. On 32 acres of grassland, there are a number of beautiful big cat species which call this place home, both critically endangered and threatened species. And the sanctuary works diligently to assist in the conservation of the world’s endangered wild cats.

For the good people at Big Cat Sanctuary, their motto is: “Protection is our Passion.”

And that means for every stage of life. If not for people like them who work tirelessly to preserve and protect, there is the real possibility that someday these big cats will go extinct. And how sad would it be if the gorgeous big cats we’ve all seen with our own eyes will become a thing of myth?

Working together with the European Endangered Species Breeding Programme that allows for the safe and healthy breeding of endangered wildlife, the Sanctuary recently introduced a purrfectly wonderful surprise to the world.

Yet to be named, but oh-so-precious, a rare female Jaguar cub was welcomed by mama Kiara on April 6, 2021. 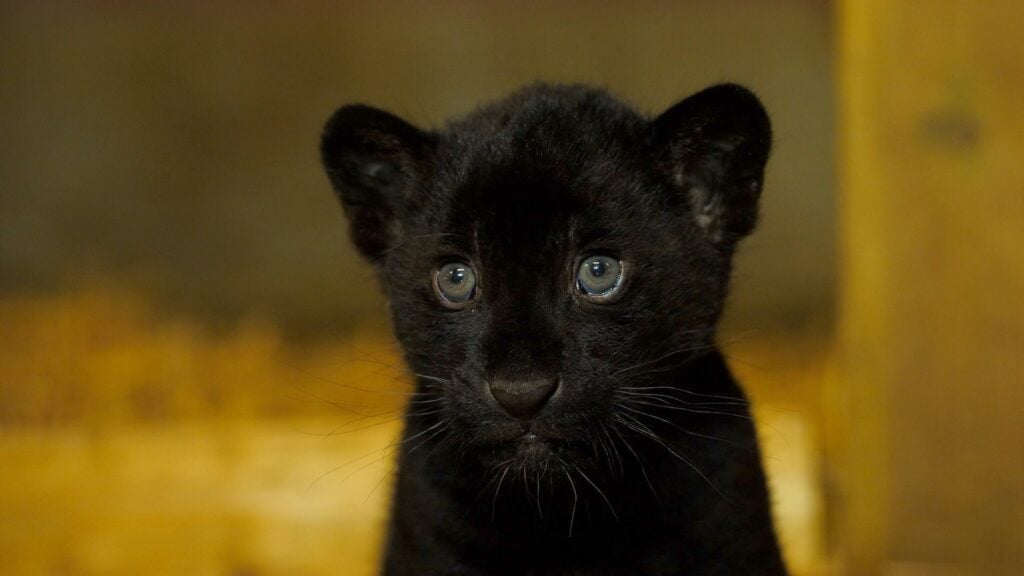 The parents of this new cub, Kiara and Neron, were also born in captivity, in conjunction with another English animal charity, Paradise Wildlife Park. Both mama and cub are doing quite well, the Big Cat Sanctuary announced in a social post. They shared that:

Keira has taken on her mother’s maternal nature as she is often seen grooming, cuddling, and playing about with her cub. This lineage is not just crucial for our parks, but also for global conservation efforts. By housing healthy and genetically diverse jaguar species in captivity, we can help ensure the future of their species.

Kumal & Kedera will be moving back to Paradise later this year to move into their new habitat Jungle Jungle!

But a name has yet to be chosen for the new baby girl, and they’re asking the public for help to narrow down from three specific names, each with their own meaning. The names to choose from are:

Check out this sweet little girl getting her health check below!

Want to adopt Kiara and her cub? You can do so here!

I’d like to give a special “thank you” to the kind folks over at Big Cat Sanctuary for allowing me to share their latest addition with all of the Cattitude Daily readers. If you’d like to keep up with her progress, follow them on Facebook here. And to learn more about who they are and all the good things they’re doing for big cats in need, check out their website here.

All Images Courtesy of Big Cat Sanctuary on Facebook

Tortie Is All Smiles Now After Being Abandoned In A Crate