For cats, many times they will have several owners in their lifetime. Which, while unfortunate, seems to serve a very important yet inconvenient purpose: to help them find the forever human who will dedicate their lives to making sure they do not go homeless again. For one gorgeous tuxedo cat named Wednesday, she didn’t have the easiest start in life.

But thankfully for her, she’s found a pair of humans who make sure that she is loved, kept indoors, and never has to wonder about being rehomed again. I caught up with Wednesday’s cat mom, and she shared with me the story of her sweet rescue cat who found her happy ending. 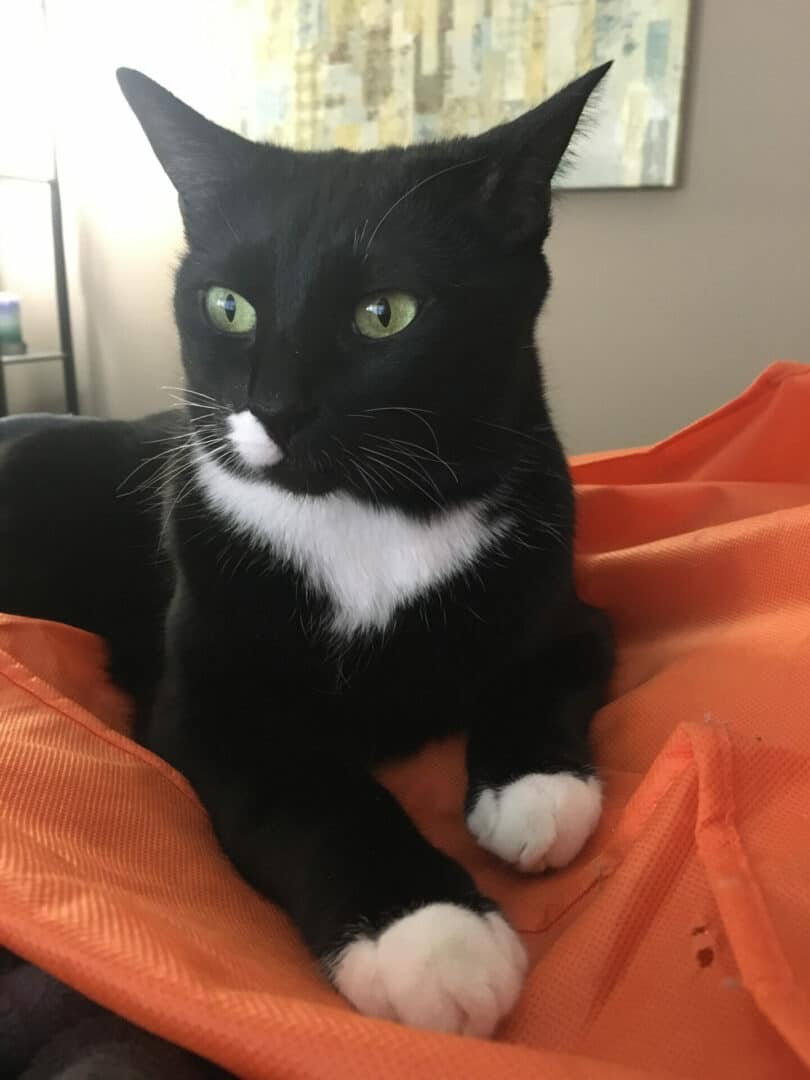 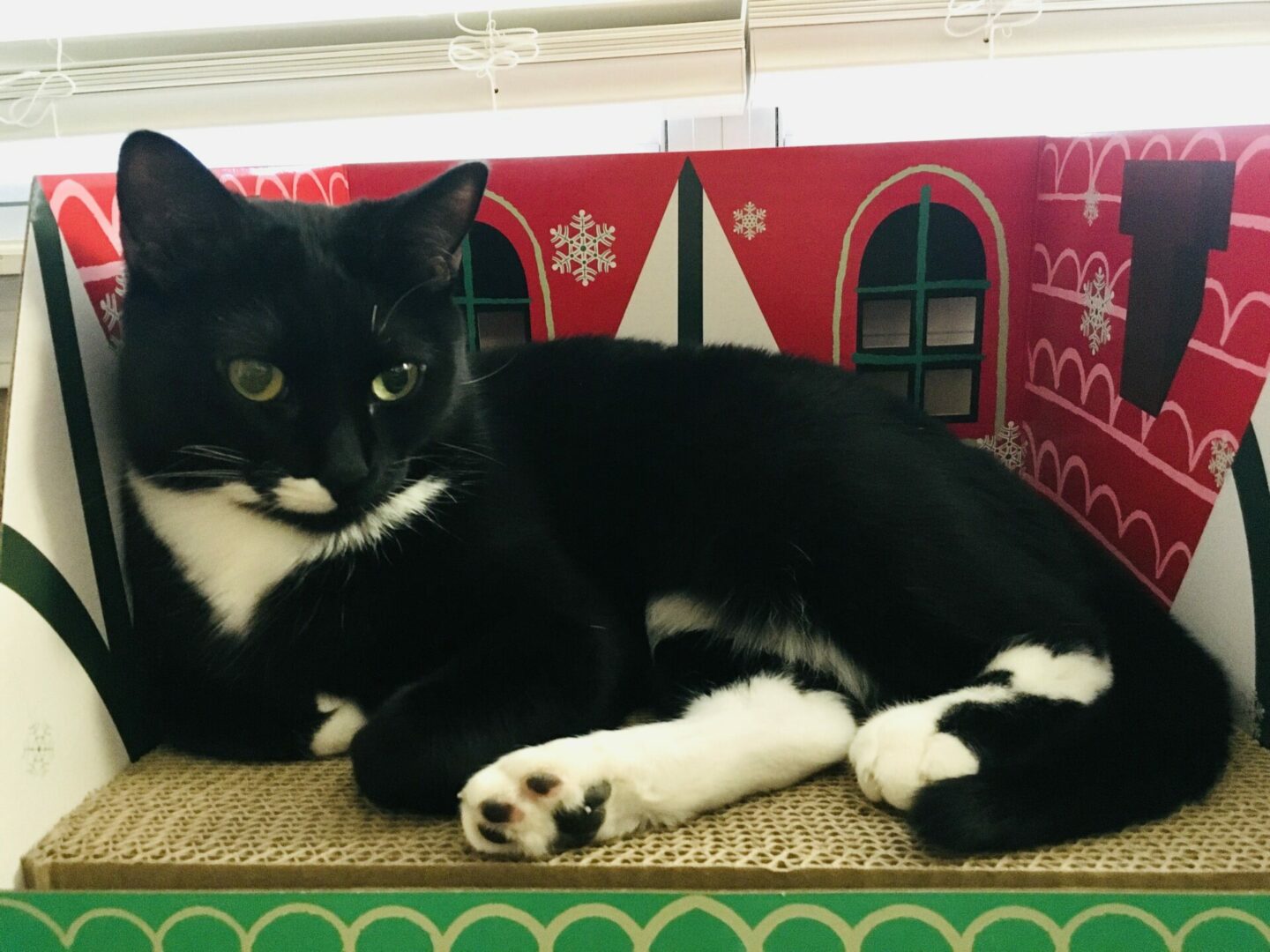 How did Wednesday come into your life?

Wednesday came into our lives when she was about a year old via a neighbor who couldn’t take care of her anymore and asked me if we could take her in. The neighbor was away unexpectedly and Wednesday was running wild outside and terrorizing the neighborhood. So, when I got an urgent text asking if we could take her in temporarily or permanently, there was only one option. Before that, Wednesday had been living in a car with several women and several other animals. They had asked my neighbor’s daughter if she could take care of Wednesday. While she belonged to my neighbor, she would spend a lot of time in my yard, stalking lizards. One time she chased a lizard in through my front door! Ty retrieved the lizard from under the couch and relocated it out the other door, away from Wednesday.

Once Wednesday became Ty’s, and eventually ours, she became a strictly indoor cat, but she still enjoys watching birds, squirrels, and other critters through glass, and playing with any bugs or scorpions that get into the house. She is always very disappointed when her Daddy takes a scorpion away. 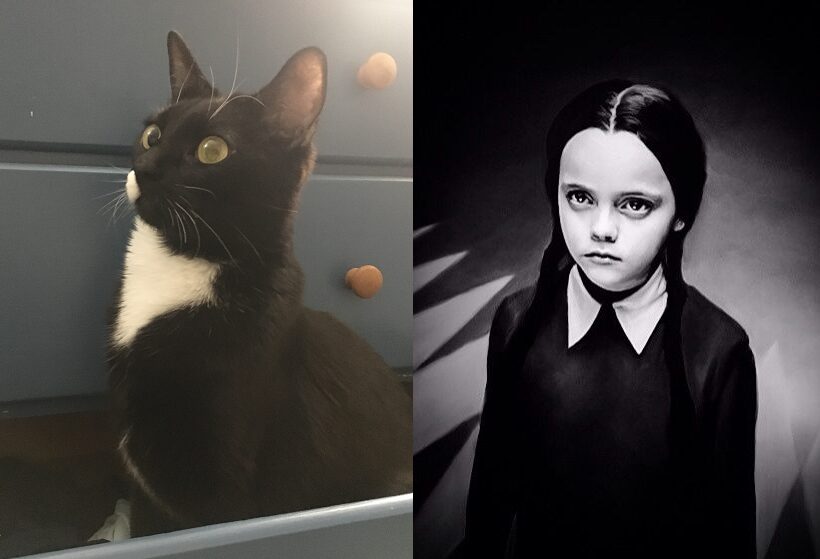 What made you decide on her cute name?

She actually came to us with this name already, but we kept it because it was her name, and it suits her purrfectly! She does bear a striking resemblance to Wednesday Addams, both in looks and in personality. She’s mischievous, always plotting something, and often tormenting her brother or her parents.

She’s high-energy, very demanding, and not afraid to let us know what she wants. (Usually human food.) She can be very sweet, but she has to come to us for affection—we can’t go to her. Sometimes she curls up on Ty’s lap on the couch or behind my knees when I sleep. She can be picked up, but not for very long because she squirms and cries to get down. She never bites anyone, or intentionally scratches, only via squirming. She is definitely a bully—even though her brother is larger and older, she always tries to steal treats from him when I give them to them both or the toy on a string that we’re using to play with him. He will just defer to her when that happens until one of us intervenes. 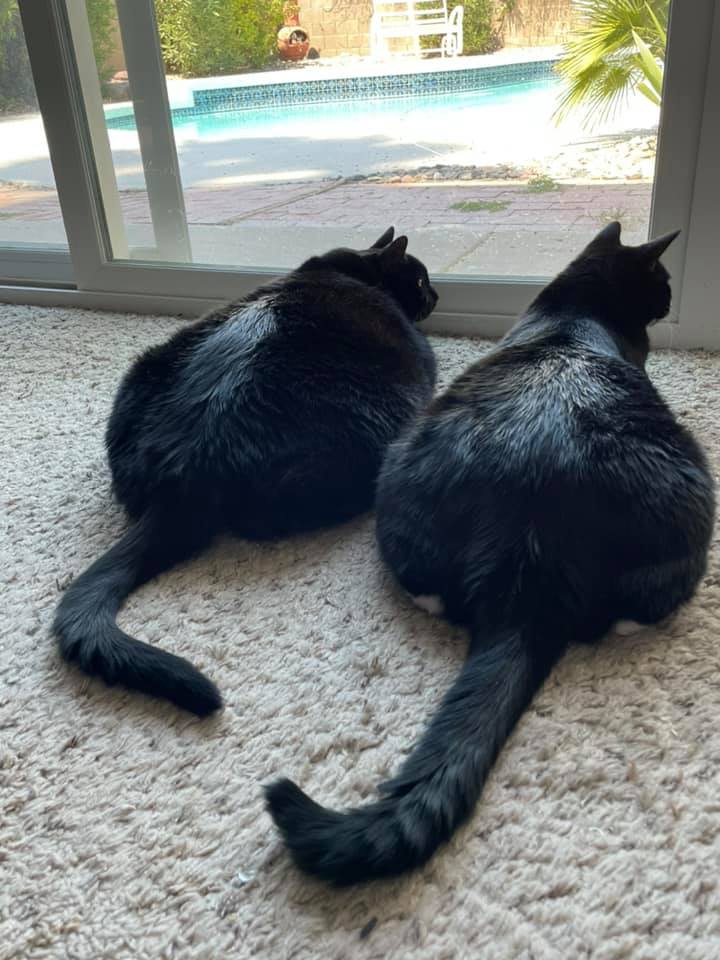 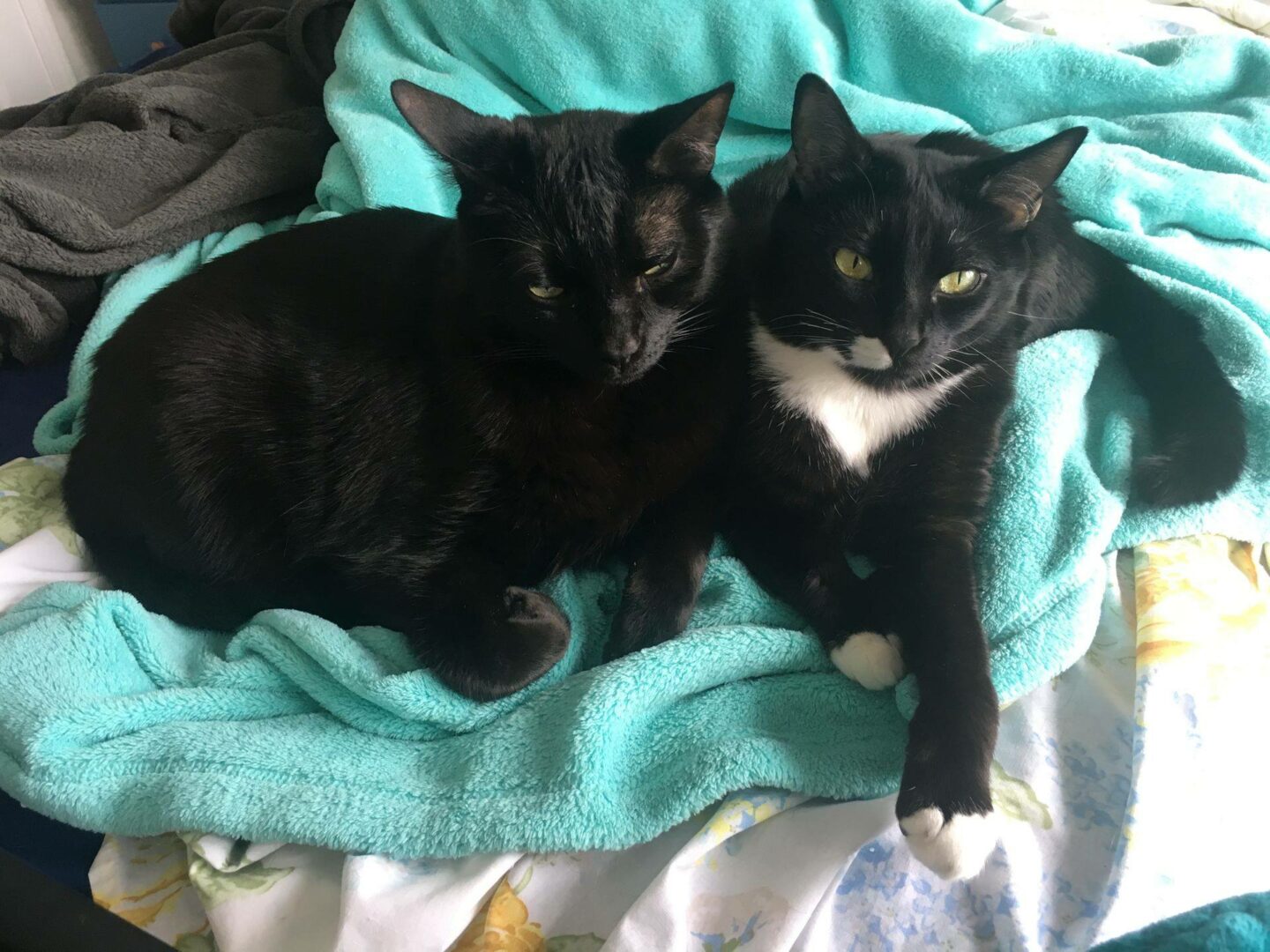 She has her brother Nikolai, who’s an 8-year old, 18-pound black cat. Nikolai was an only cat until Wednesday came along, and we were concerned that they might not get along, but it didn’t take long for them to become best friends. They often cuddle with each other.

While Wednesday belonged to my neighbor, she had a calico cat sister named Tiger. I think they didn’t get along very well because Tiger ran away and joined a gang of feral cats in the neighborhood. After Ty took in Wednesday, another neighbor and I helped find Tiger and bring her home, where she lived happily ever after with her family, so it worked out well for everyone. 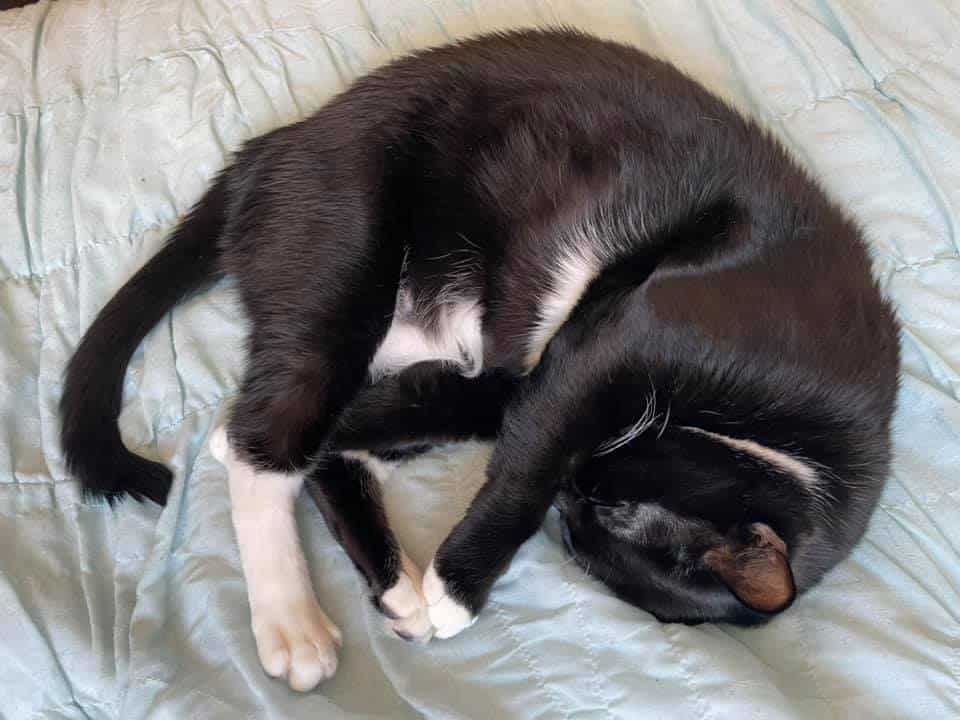 Wednesday’s favorite hobbies are sleeping, eating, watching birds and squirrels, running around the house, watching us judgmentally from high places like the tops of bookcases, drinking the milk that she is given after crying for it, eating vegetables (which she will steal off of the counter), playing with feather toys on strings, eating fake plastic plants (RIP Christmas tree), napping with her brother, drinking out of Daddy’s water glass, sitting on her cat tree or in one of her scratcher houses, scratching cardboard scratch pads, getting herself shut into closets by sneaking in there unnoticed, and walking on Meowmy’s computer while she’s trying to work.

Her vegetable attraction is really weird. Not only will she eat any vegetables that fall on the floor while cooking, she will also jump onto the counter and bury her face in the box of spring mix if left unattended. She will also steal garbanzo beans right out of the can and jump back down on the floor with them in her mouth to eat them. When I’m cooking and she cries for vegetables, Nikolai will come and start crying too because that’s apparently the thing to do, and then if I give them any, she will eat them and he will continue crying as if he doesn’t understand why she got a tasty treat and he didn’t, even though he refuses to eat them. Of course, then I have to give them treats that he will eat so that he doesn’t stay sad! 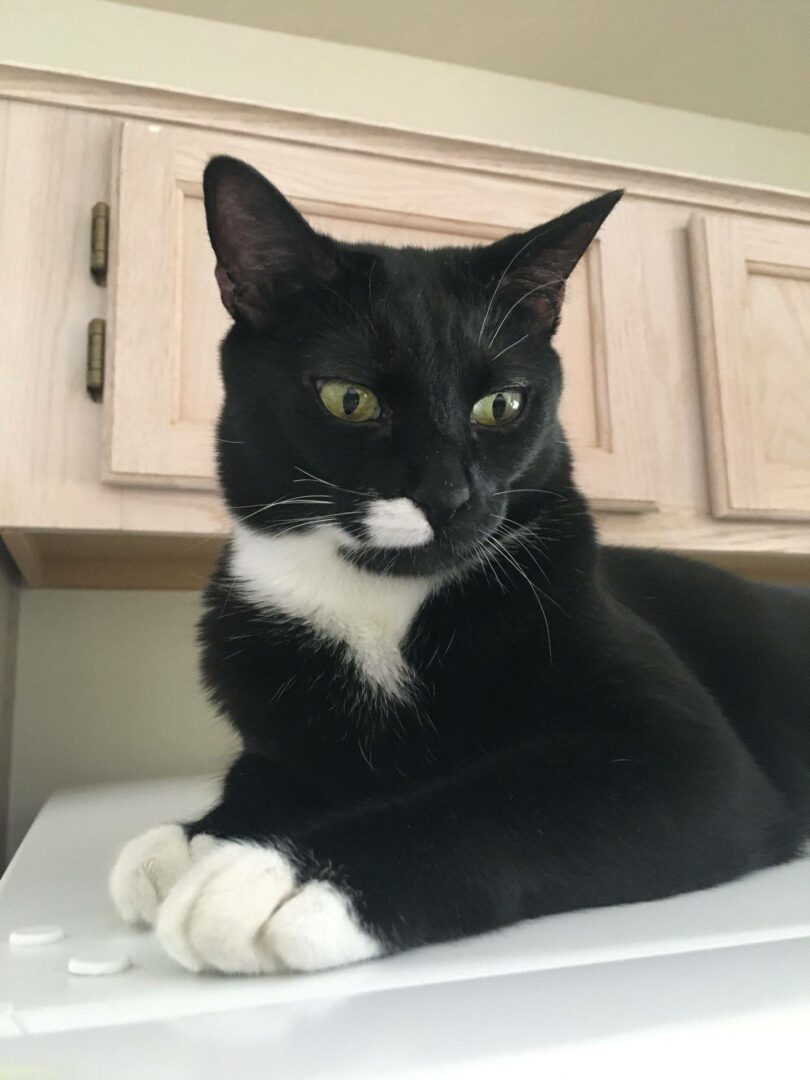 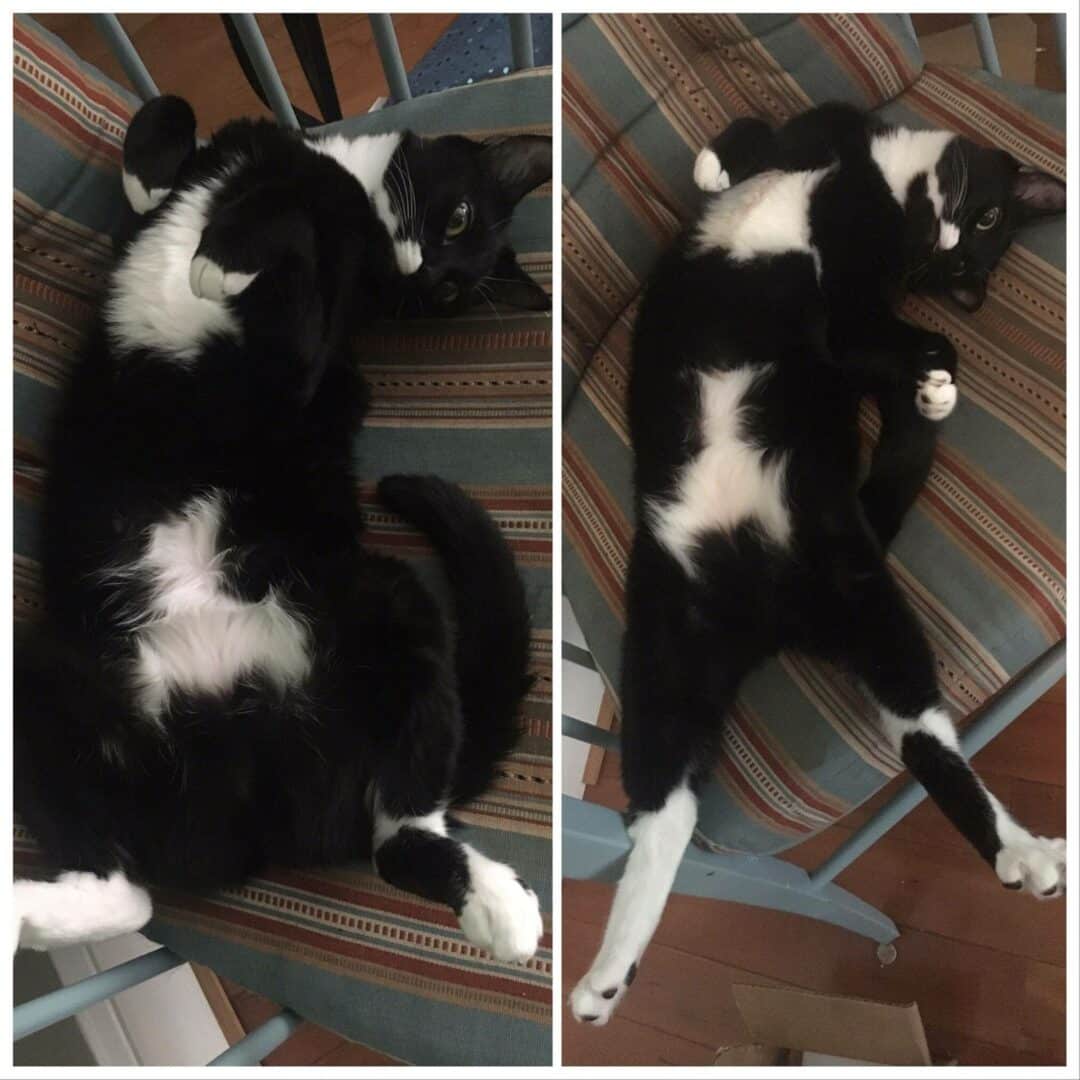 What’s something special you’d like people to know about Wednesday?

Wednesday has a very curly tail! It seems to be a trait of the American Ringtail. She walks around with her tail in the air, curled into a spiral. She also has a very trilly mrrrrrow! She meows and purrs at the same time while rubbing up against us if she wants something. In fact, that’s when she’s the most likely to purr—when she wants something. She knows how to make her wishes known! She also has multicolored toe beans. They are pink and gray, in some cases on the same toe!

I’d like to give a special “thank you” to Wednesday’s cat mom, Hope, for allowing me to share her cute pics and story with all of the Cattitude Daily readers. For more on Wednesday, check out her social links below.

Rescue Kitty Named Wolf The Catventurer Was Born To Explore