In life, there are kindhearted folks with a special spot for pets in need who graciously open up their homes to foster animals. The point of fostering pets is to get them healthy and socially acquainted with humans and to also help out overcrowded animal shelters. But, as we know, saying goodbye isn’t always easy. And, when that happens, sometimes we decide that a forever home and not a temporary home might be the best fit for all parties involved. For foster fails—and totally cuties—Louie, Bob, and Butter, they sealed the deal and found themselves with a forever human they knew was too good to let go of. 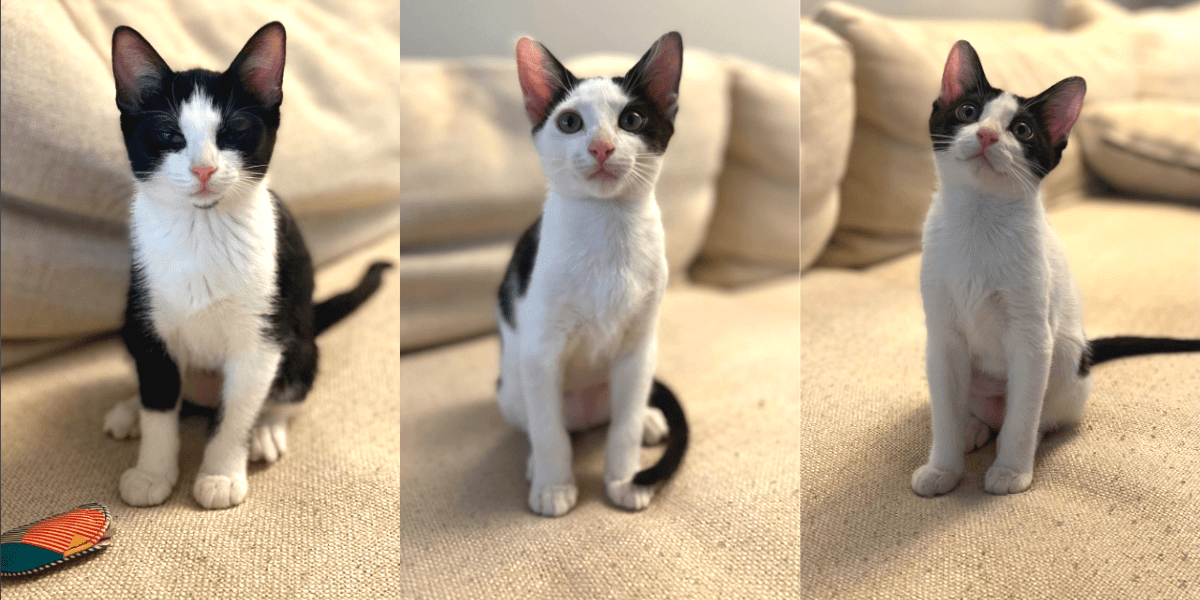 How did these three adorable cats come into your life?

After my 19-year-old cat passed away last year I didn’t think I’d ever be able to love another cat as much again. After a few months went by of it being really quiet in my home I decided to foster some kittens. Our local rescues were in desperate need of help. I was assigned these three. They were found abandoned on the side of the road in Texas and taken to a crowded kill shelter. Rescued Pets Movement saved their lives by taking them and bringing them to Colorado to LOLAs rescue, a no kill rescue. I was supposed to take care of them until they were big enough to be adopted. However, I quickly fell more in love each day. They made themselves at home and loved each other so much. I couldn’t bear the thought of splitting them up or giving them up. A few weeks in I decided they were home and here to stay. I adopted all three. 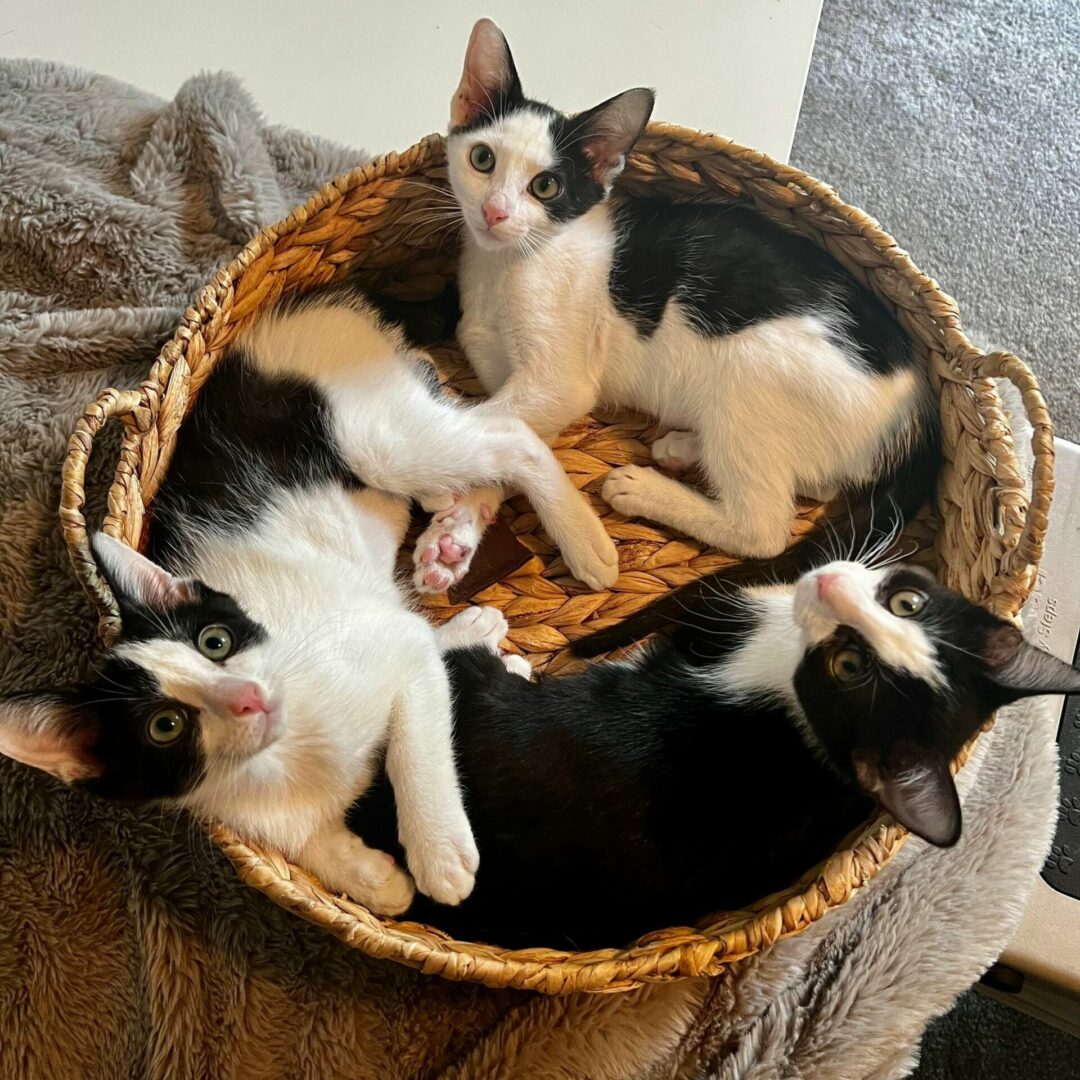 Which cat is which?

Louie is the mostly black kitten. Louie was her foster assigned name. She is the smallest, most independent of the three. She became extremely attached to me very quickly. She’s also naughtier every day. She gets into everything, but in the cutest way you can imagine. She makes us laugh constantly. Bob is the boy with the mostly white face. His foster name was rascal but the name didn’t fit. He was a nervous, skittish boy. He was in rough shape when they found him. Really scrawny and missing the fur on his nose. He followed his sister, Butter, around everywhere and still does. However he has since gained weight, confidence and is so very loving. He’s my first male cat and he truly is a little lover. He is still very bonded to his sister, Butter. I often find them curled up together. Butter has the white tip on her tail. Her foster name was Charlotte. It took a while to find a name for her, but Butter stuck because she is a little butter ball. When I first got her she seemed like such a little princess. So pretty and also a little bossy. As she’s grown up a bit she’s turned into quite the opposite of a princess. Her nickname is Gremlin. She loves to wrestle with her siblings and steals dry food when she can. She’s definitely the leader of the pack. She will get cuddles when she wants them and suckles on her blanket when she gets really into it, but don’t dare rub her belly if she hasn’t requested it. All three are bonded and are always together. You’ll never find one of them in a different room to the others. They often sleep together during the day, they play together, and also sleep in a pile on the bed together every night. 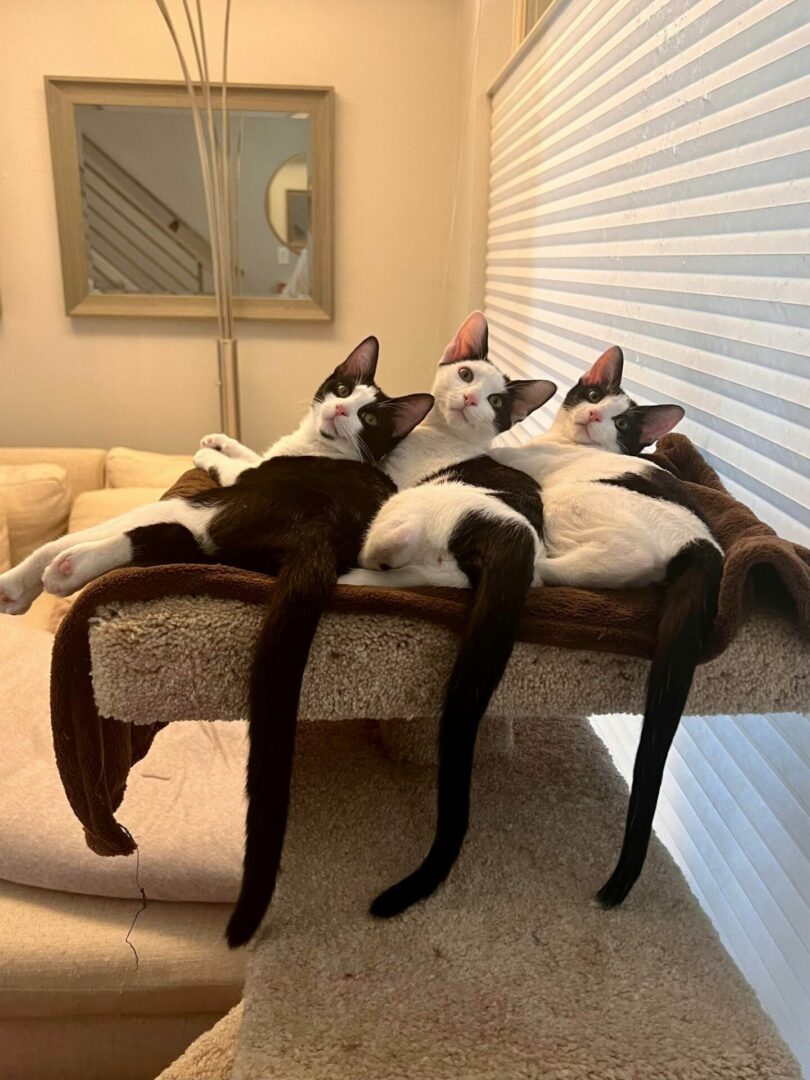 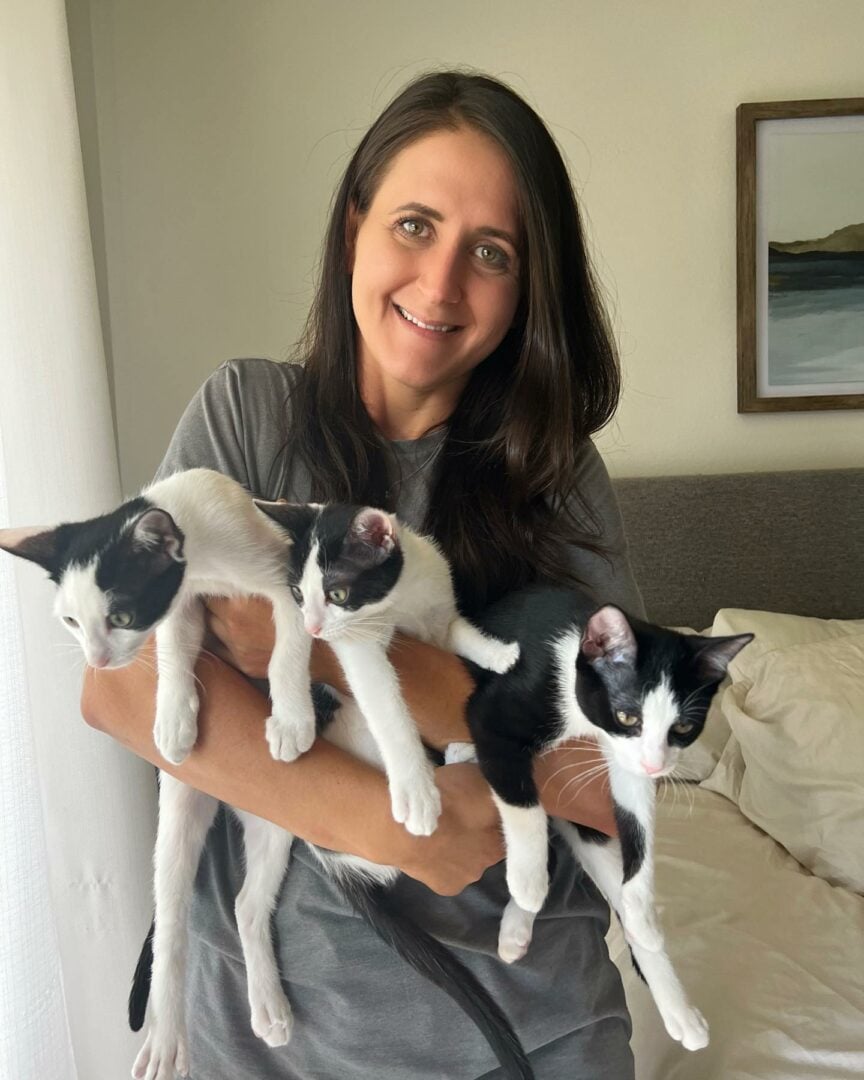 Do they have any other dog or cat housemates at home?

Nope! I’m just their human living in their home.

What’s something special you’d like for people to know about Louie, Bob, and Butter?

You often hear that two cats are better than one. Well, I’d argue three cats are better than two! I never thought I would have three cats, but here I am and I have zero regrets. It truly isn’t more work and is just so fun. I also am so grateful to have been able to keep them together. Also, if you can, become a foster! There are SO many kittens, cats, and dogs out there that need to be saved. Rescues are overflowing and you can help even if you just have a spare bathroom. I highly encourage you to look into it if you considered it. 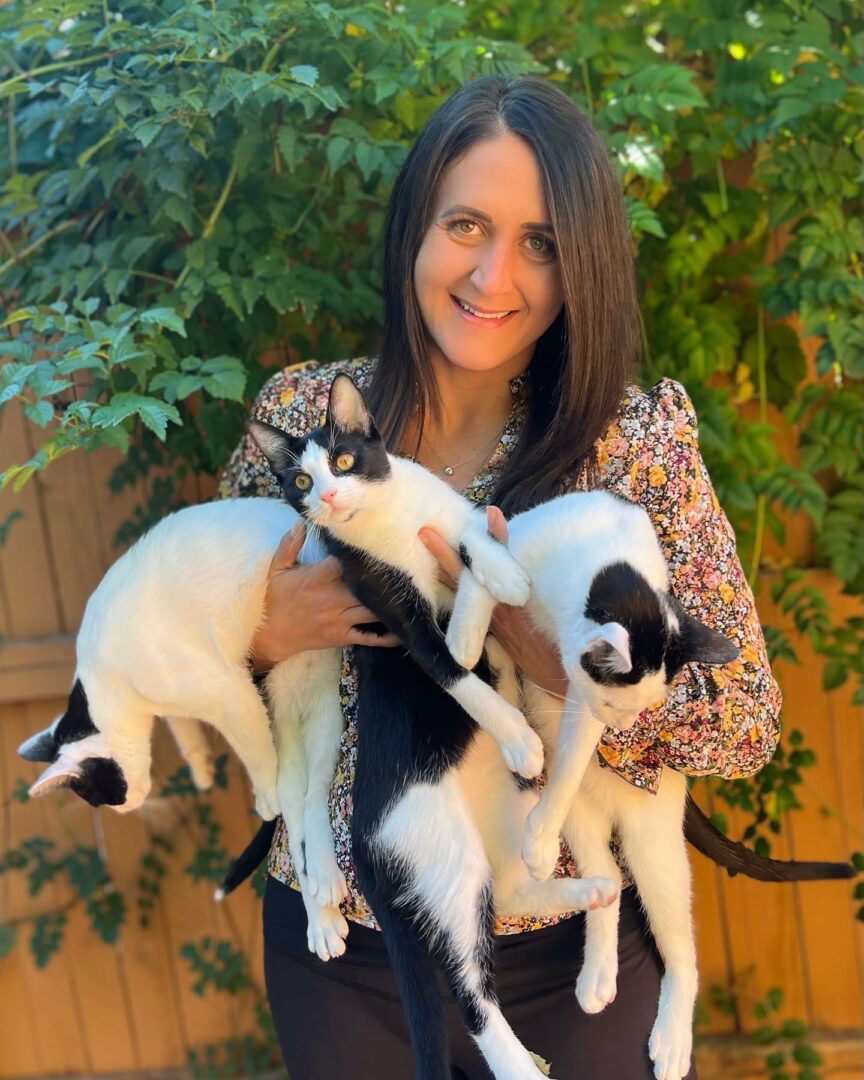 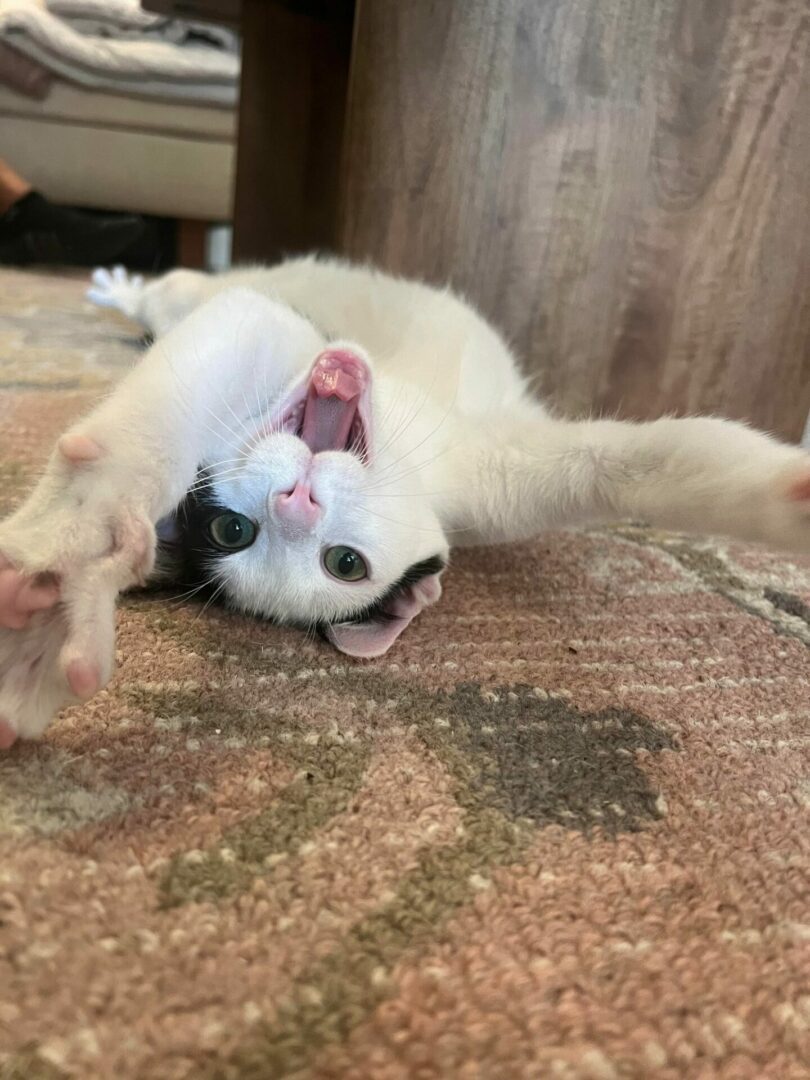 I’d like to give a special “thank you” to this foster fail trio’s cat mom, Bryony, for allowing me to share their sweet story and images with all of the Cattitude Daily readers. It just goes to show you that sometimes in life, the best things come in threes! And, if you’d like to see more of these kitties, be sure to check them out here on TikTok!

Ways Your Cat Shows Their Love For You In Their Language

Litter Robot Review, Is It Worth It