Cats Of Malta Documentary Is A Must-Watch For Cat Lovers

If you love cats, well, then chances are that you have a soft spot in your heart for homeless cats, too. After all, it’s hard not to observe them with a gentle tug at your heartstrings. But thankfully for ferals and strays, there are many kind-hearted folks who make an effort to give these cats a better life. And that happens all over the world—even in beautiful destinations.

For the stray cats of Malta, they’re being shown in a new light. And soon, hopefully, cat lovers across the globe won’t need a passport to see them. Cats of Malta is a documentary that’s now in post-production, with high hopes of being featured in the Sundance Film Festival.

I caught up with Sarah Jayne, Director and Producer of the film, and she answered my many questions about these cats and the wonderful people who strive to make their lives better. 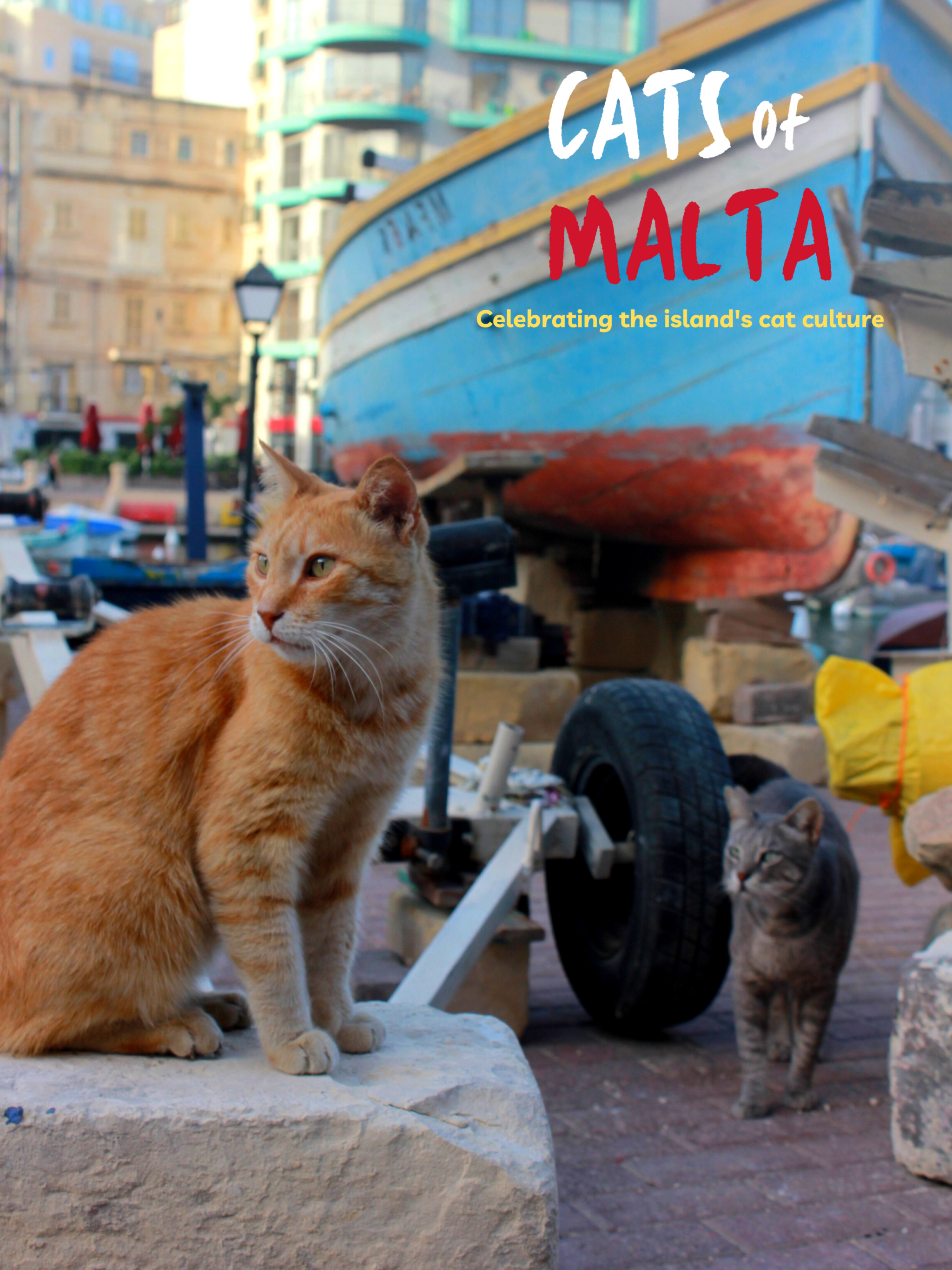 How do tourists respond to the stray cats of Malta?

Tourists respond very positively towards Malta’s strays, which is really nice to see. The Japanese and Chinese who visit Malta love to film and photograph our strays with phones, and also professional cameras. This happens around other parts of the island as well with tourists of various nationalities and ages, it’s like cats are magnets for tourists. In Malta, it’s not uncommon to witness tourists patting, sitting, and talking to the stray cats at colonies scattered throughout different villages. Roza Zammit Salinas has a popular Cat Village that is popular with tourists who visit to just spend time with stray cats. Roza says the cats are the main attraction because of the comfort they give. Tourists worldwide come and film and take pictures with her cats, and ask their names. On return visits to Malta, they ask Roza for the cats by name and check up on them. She even gets messages and emails about her cats once tourists have left Malta. You only have to Google “cats of Malta” on YouTube to find amateur tourist videos featuring Maltese cats and there are Instagram pages dedicated to Maltese strays too. 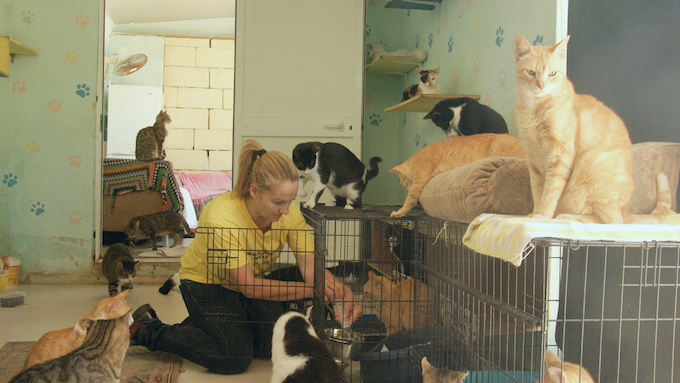 The cats roaming around Malta that have names, how do people go about naming them? (I love that they have names, it shows people care about them!)

Naming the cats is a very special and personal affair. From what I’ve learnt from directing Cats of Malta, naming a stray cat depends on a few things. Roza in Cat Village names a majority of her cats according to global events occurring at the time the cat arrives in her care. This is why she has a Cogham and a Charlie. Some of the volunteers at the sanctuaries name the cats after the person that gave up the cat, some volunteer feeders name them after character traits they show, or colour of their coat. This is true in Spinola Bay where we have Silver and Ginger (a.k.a Moaner, because he is very talkative when people are close). I’ve also met cats with Maltese names, like Wenzu. Wenzu is a cat I met in Gozo who is named after the area of St Lawrence he resides in. In Maltese, Wenzu is short for Lawrence. Cats are also named after people known to the feeder. 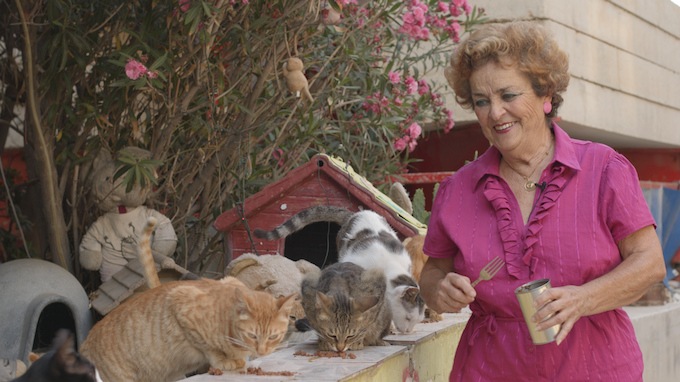 What inspired you to create the film, Cats of Malta?

Four years ago, Ivan and I made the relocation to Malta from Australia and we kept seeing cats everywhere. Over time we learnt about the colonies and the cat feeder community, joined some local Facebook groups (there are so many) and I also volunteered at a cat sanctuary for a while. I became a cat convert, Ivan became more cat obsessed. The more we wanted questions answered about why there were so many cats in Malta, the more we discovered. We met lovely people and sweet cats so we wanted to tell  story and share it with the world. We believe everyone should know how much Malta loves cats and cats love Malta! Plus, Malta is a beautiful country to film in, the cats and the people deserved their own film, and we love cat movies. So, why not? 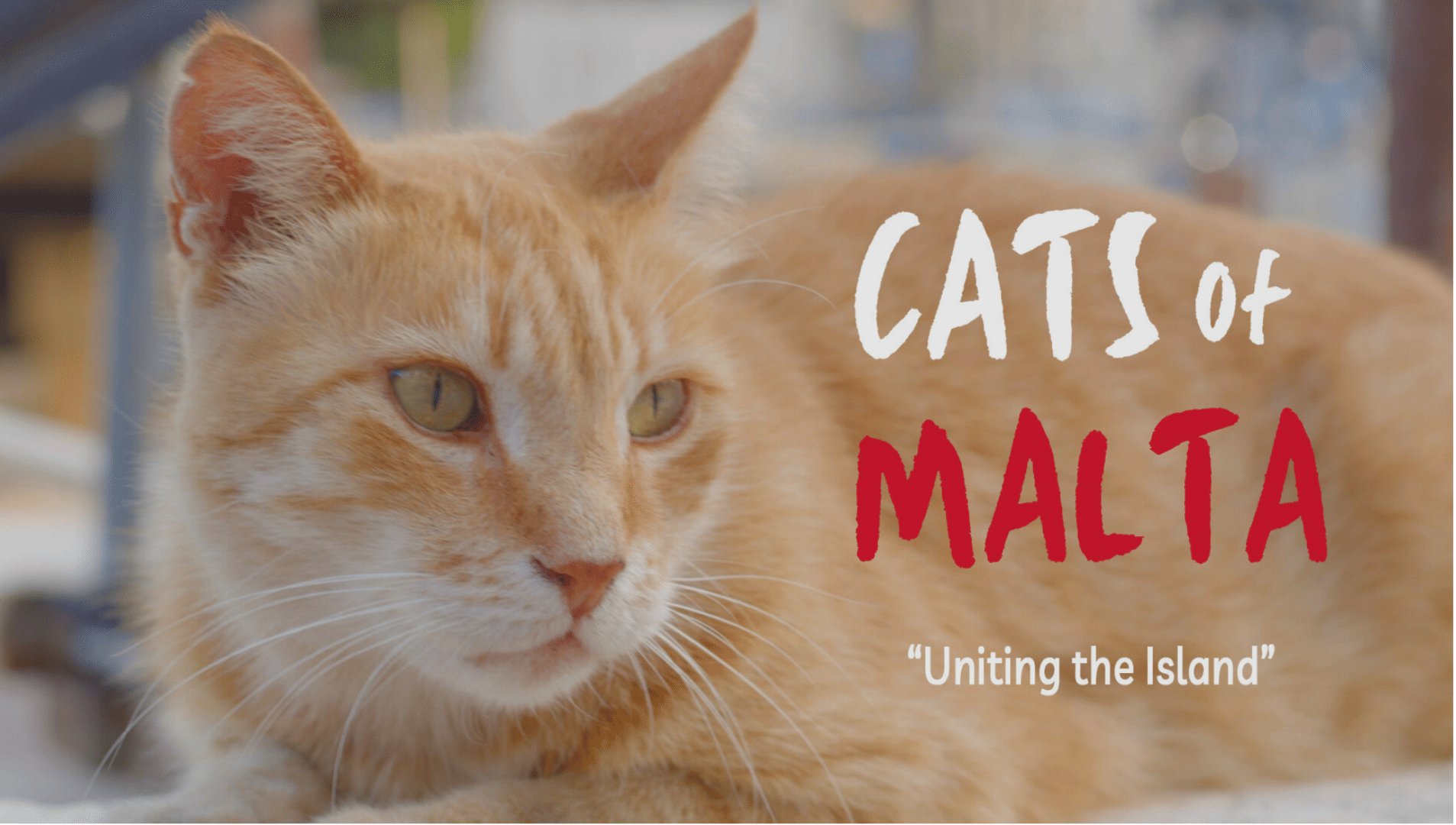 What was the production process like for the film?

The production process was not too difficult, the hardest part for me as the director was asking the right questions and to try and steer the story in a certain way. Finding the thread that connected each story is tricky when making a documentary. Timeline-wise, we started around March 2020 when the pandemic became recognised and lockdown was looming. At that time we had purchased a camera and we were itching to film something. We decided to visit Independence Gardens a.k.a Cat Park in Sliema and practice shooting some cats to test out the new camera capabilities. We ended up with a lot of stock cat footage. At that stage we had an idea that this could turn into something and I continued to research as we interviewed locals. 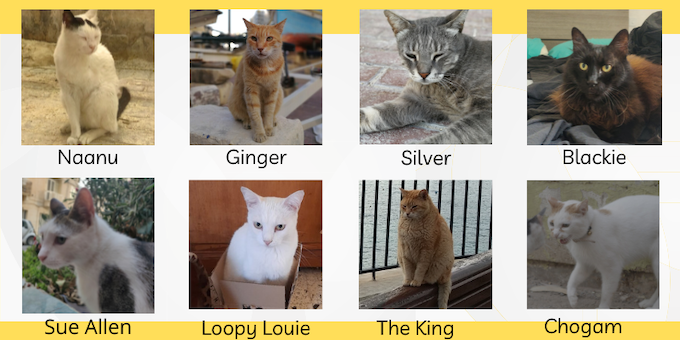 We asked questions to the cat community and keep a lookout on social media for who would be a good subject. It unfolded week by week. After the interviews, which we wrapped up by June, all we had to do was piece it together in some sort of rough ensemble and see what other shots we needed. We had to go out and shoot extra Maltese landscapes, art, statues and drone footage, which was a scattered process of filming whenever we had time. We have been in post for most of 2021 and now we just need funds to send Cats of Malta to colour grading and sound design, and of course cover lawyer fees, deliverables and world-wide reach. 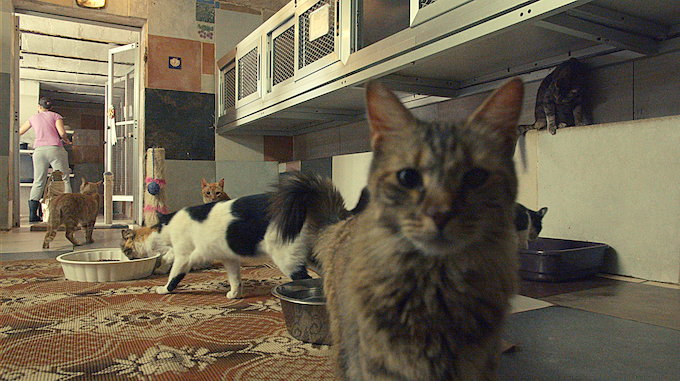 I know cats like to be the star of the show. How did they respond to being filmed?

Cats have a mind of their own and no-one can boss them around. As you know, cats do everything on their terms. Lets just say we didn’t have any bad experiences with the cats in terms of filming. The cats responded really well – we never got hissed at or clawed in the process but they did like sitting on our camera equipment. What we did find was a lot of curious cats. Some would actually walk straight into our camera lense and past it or either block it fully with their body when crossing in front or run their faces on the edges when we had the camera low at their level. We had some funny shots of cats just staring into the lense really close up. The cats, especially at the Cat Cafe were certainty very curious and a bit more approachable than a few of the cats that we found on the street in smaller colonies. I guess that the ones in the Cat Cafe and the Sanctuary are more accustomed to human contact.

What’s something special about Cats of Malta that you’d like people to know?

Like I mentioned, Cats of Malta needs our help, cat lovers. Let’s do it for the cats so that they can shine just like they deserve! To show your support, please visit their Kickstarter campaign here.

For more information on the film and those involved, visit the film’s website here. 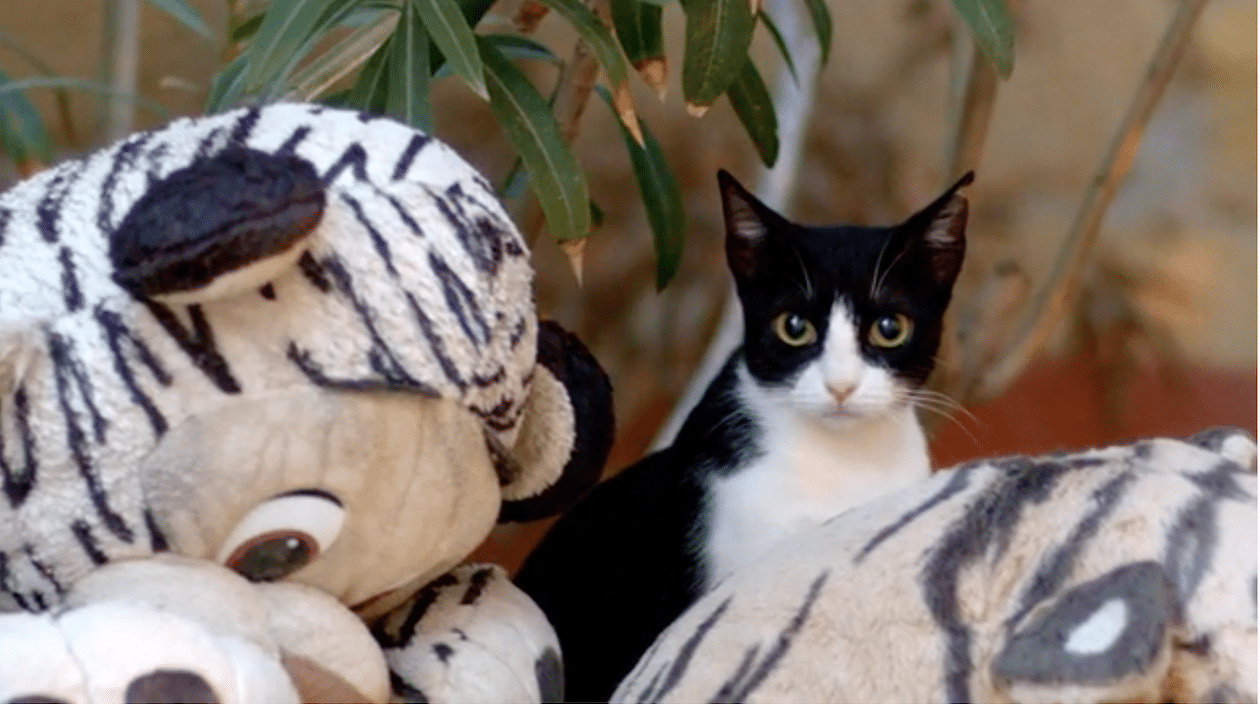 All Images Courtesy of Cats of Malta | A Feline Focused Documentary

Spoil Your Kitty By Crafting This DIY Cactus...