Cats have an intuition that many of us humans marvel at. They seem to know when we need them most, and their ability to sense kindness helps many strays to find a much-needed soft landing. For one lonely stray tuxedo cat, he was in super rough shape when he found his happily ever after. And it’s a good thing that he did because, given his condition at the time, he might not have made it too much longer on the streets. He was given his Christmas wish, and it seemed that the humans who gave him care and love really got theirs, too. Stories like Butter’s just go to show you that sometimes, all you need is a little faith. And, a sprinkle of Christmas magic.

How did Butter come into your life?

When we first met Butter, he was a stray. He had gotten trapped in our garage overnight. It was Christmas Eve and the kids had asked Santa for another cat. At that time we only had 1–Chatness and his favorite playmate at the time was our Boxer, Lucy. Christmas morning came and as we were putting away boxes in the garage, we saw this… 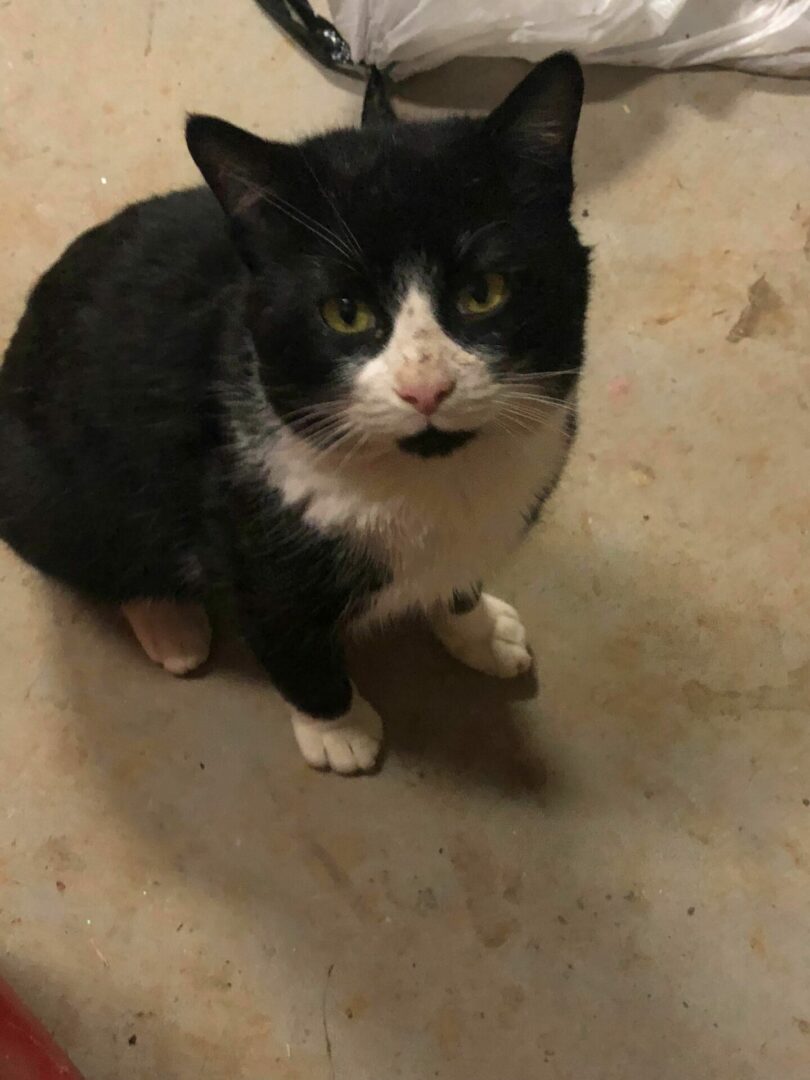 He was tired and sick. You could tell he was a fighter; his face was all scratched up, he was lethargic, and had a horrible abscess. The only thing that gave him comfort was me rocking him.

He was oozing and had a high fever. After getting him treated at the vet, we figured he would find his way back home. I always left food out for him just in case. Fast forward five years later, and he hasn’t left us yet.

We started out calling him Buddy. Mostly because we figured he had a name and he was just our buddy. That morphed into BudBud, Butter, Boo-kitty, and Booki. His dad calls him Big Boy. 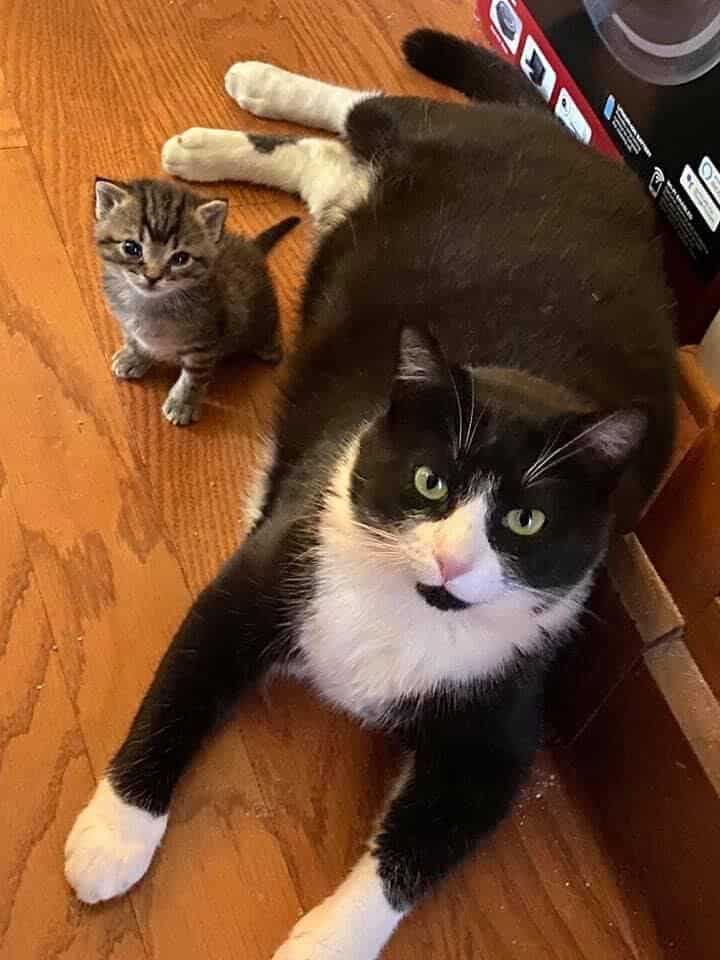 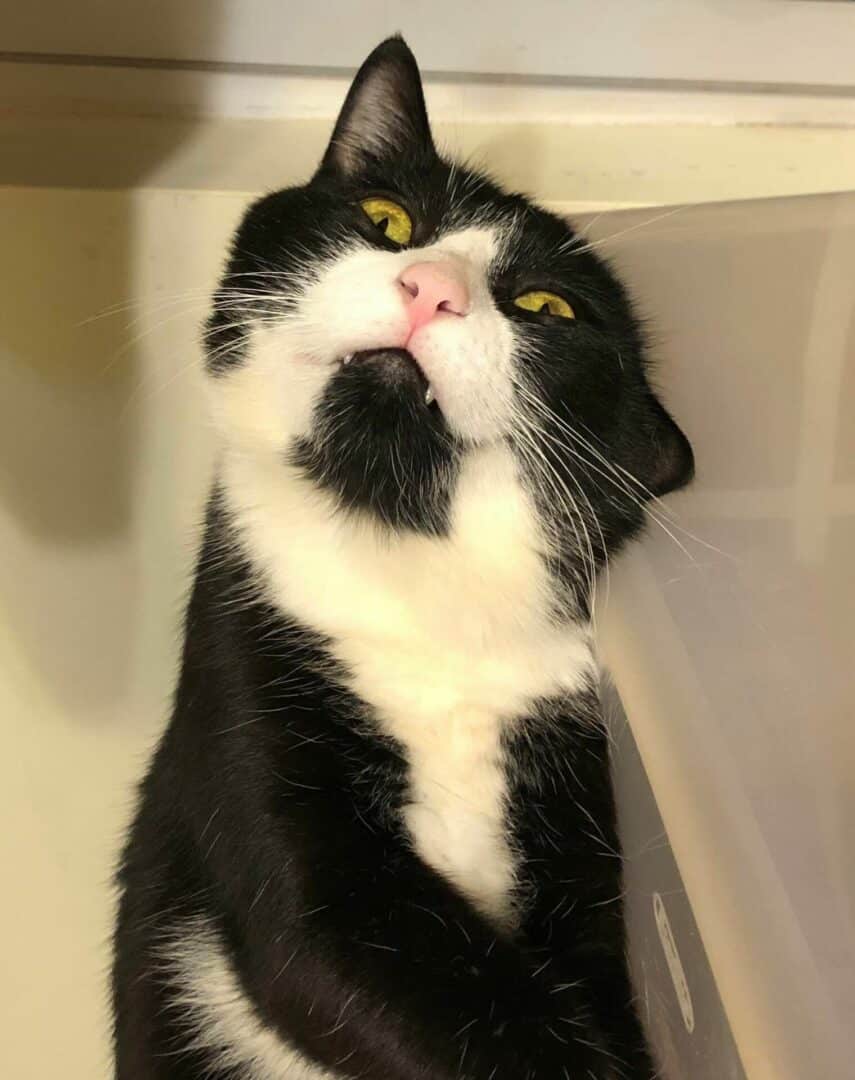 He is the most easygoing, carefree boy ever. He never gets in a hurry for anything, he loves to be outside. He brings me presents all the time. The most horrifying was the back end of a bunny. (RIP little bunny) He does not like when other cats come into our yard. He is protective for sure, but he has helped to raise 4 kittens and is the best big brother ever. He plays so gently when they are kittens and has the MOST patience when they aren’t ready to rest, but he is. 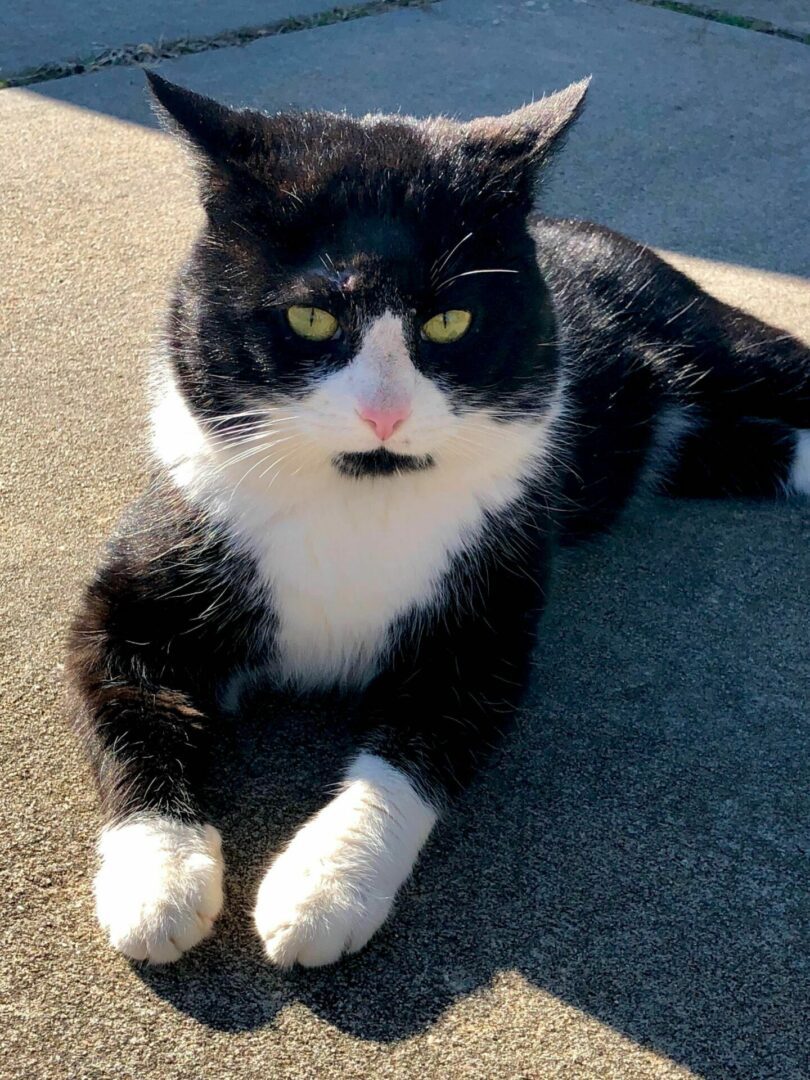 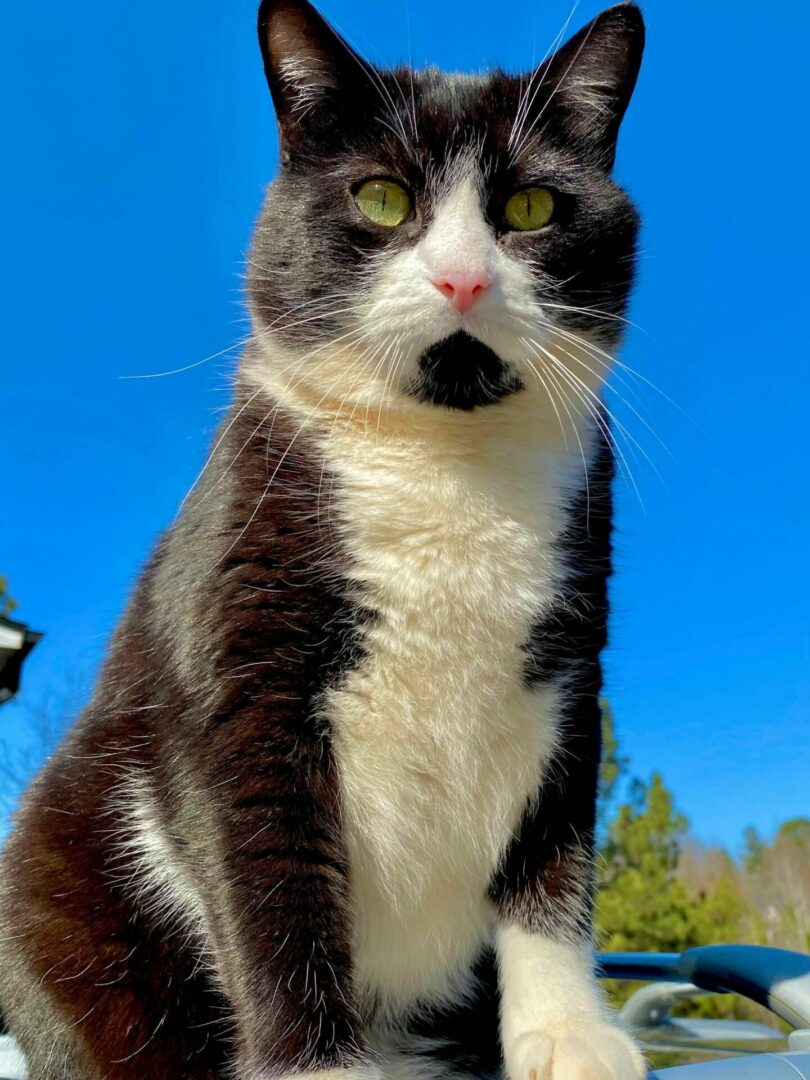 How does he get along with his cat siblings in his home?

He gets along so great with all 5 of his siblings. He loves to chase the laser with them. He also loves to snuggle with them. His favorite playmate is little Ozzy who is 6 months old. Ozzy waits for Butter to come in from outside and attacks as soon as he sees him. I have seen Ozzy fall asleep to Butter giving him a bath.

What’s something special you’d like for people to know about Butter?

Butter is the King of If I fits I sits… even when he doesn’t fit. He 19 lbs of pure love. He’s handsome and he knows it. He’s the only one of our crew who isn’t spoiled rotten, and I think that is because he knows what it’s like to be on the streets without a family to love him. He is the most devoted, affectionate cat I have ever had. He always purrs at the touch of a hand. He is grateful for his family and we are most indeed grateful for him. All 19 lbs of him. 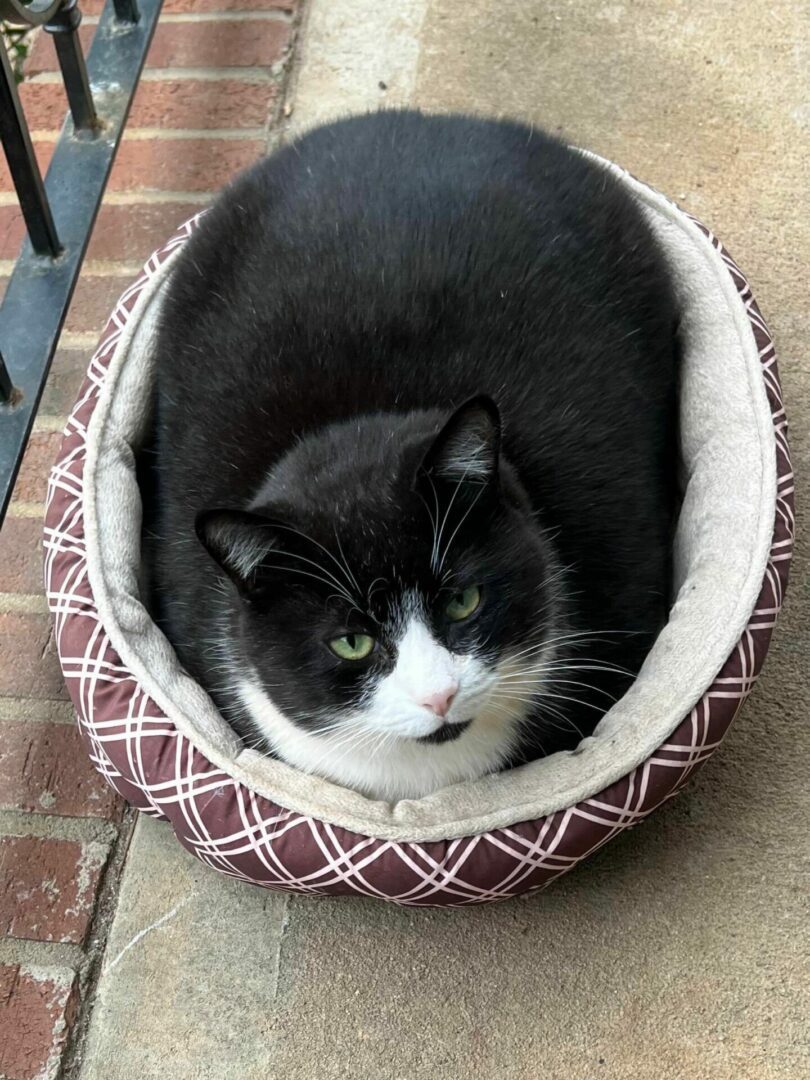 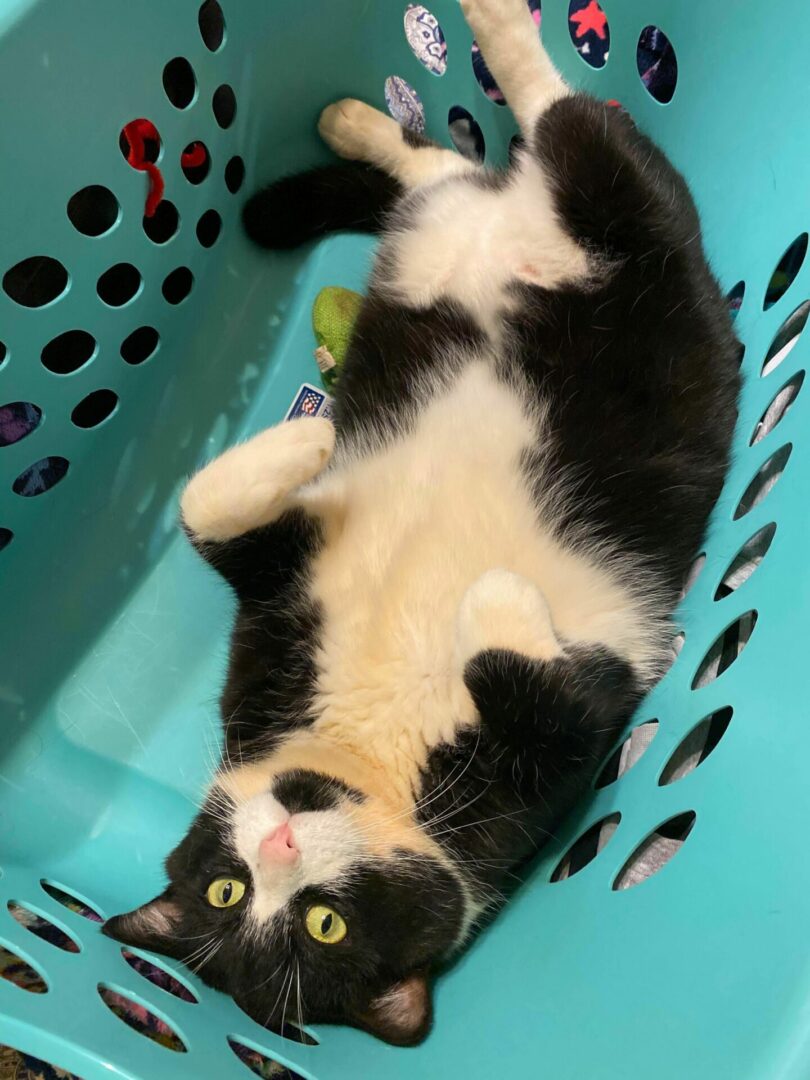 I want to give a special “thank you” to Jennifer for allowing me to share Butter’s heartwarming story and precious images with all of the Cattitude Daily readers. It seems that Butter received his Christmas miracle and that he’s the wonderful gift that keeps on giving. 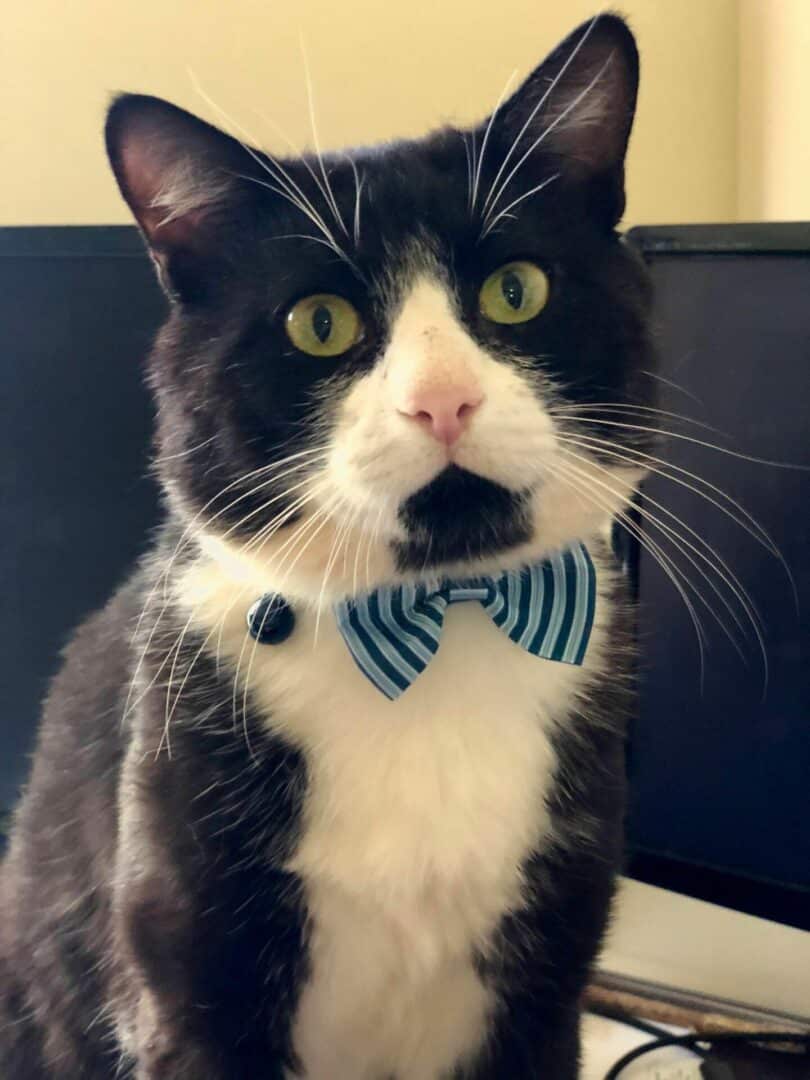 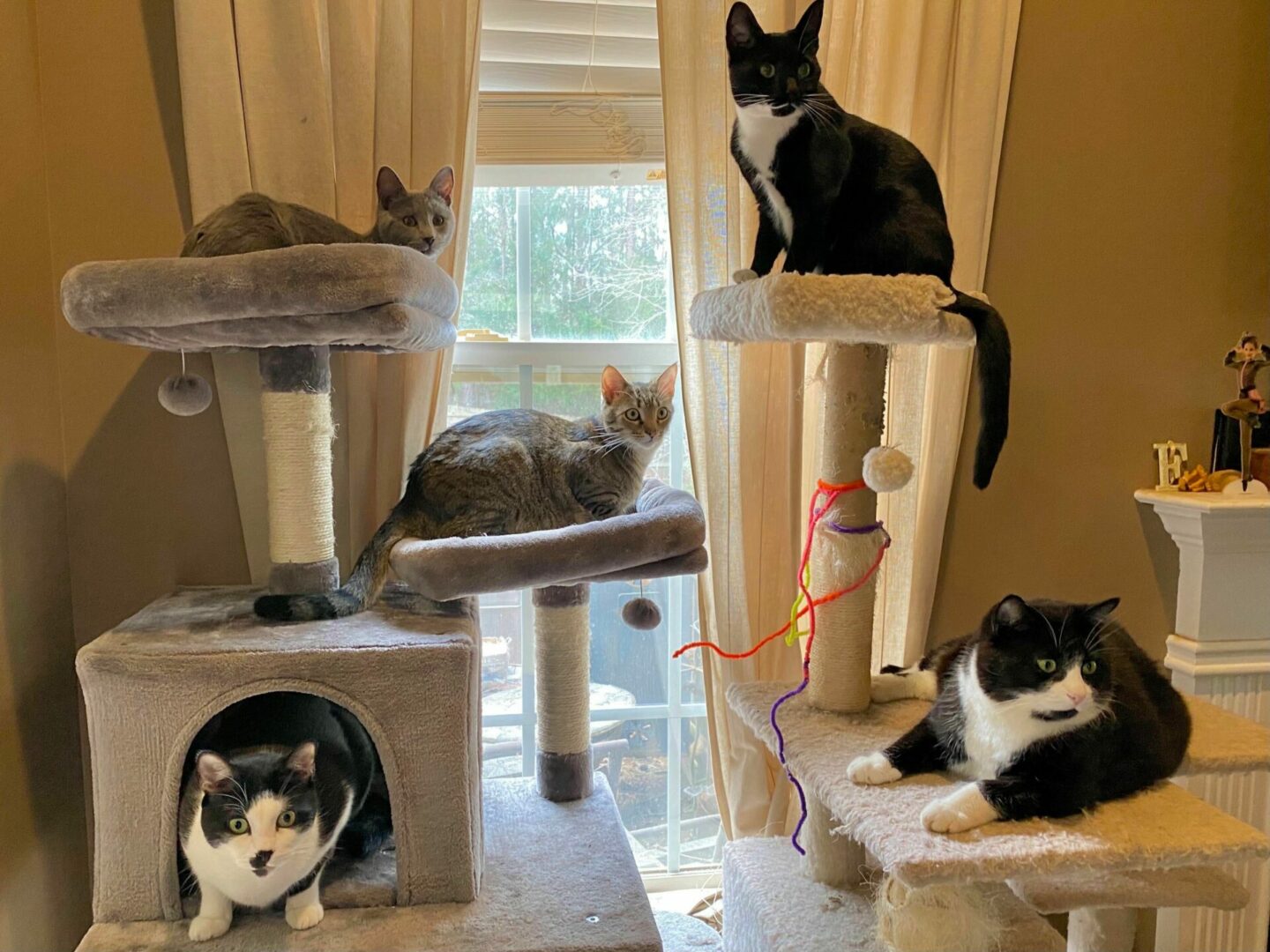 Scratched By a Cat? Here’s What To Do