Home Cats What Is A Chimera Cat?
CatsInteresting Information

If you have ever heard the term ‘two-faced cat’ before, it wasn’t referring to a cat’s deceitful personality. There are actually kitties with two faces, known as chimera cats. Curious to know what a chimera cat is? We have all the facts you need to know! 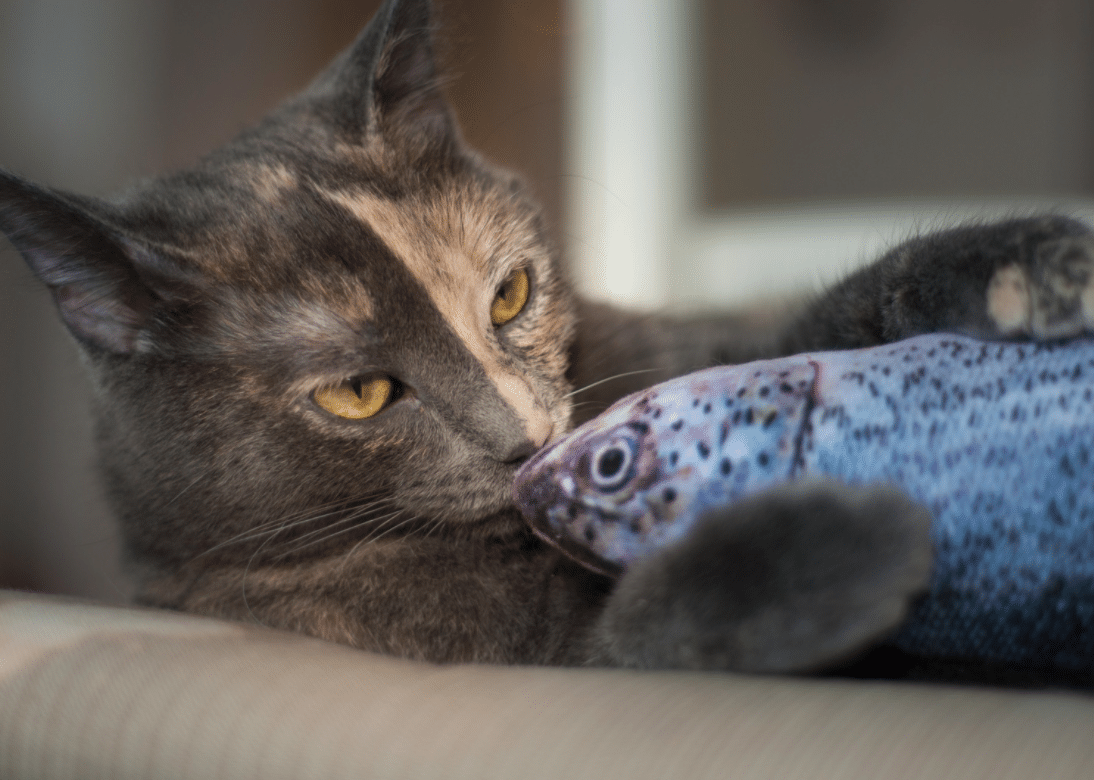 What is a Chimera Cat? (pronounced ky-meer-ah)

A chimera cat is essentially two cats in one. Let’s break it down into technical terms: a chimera is any organism that has cells that are genetically different. This rare occurrence is also known as chimerism. This all may sound pretty strange or confusing, so let me explain in a little more detail…

When a kitten forms in the womb, it typically evolves from one fertilized egg. Not for the chimera cat – this cat formed from two separate fertilized embryos that united to create one cat. Or, in simpler terms, fraternal twins that decided to become just one being! The result is a kitty with two unique sets of DNA, which is abundantly clear in the cat’s face.

A chimera cat has basically two looks that give it a ‘split-face.’ There is basically a line going down the middle of the feline’s face, showing two very distinct features.

This all sounds quite crazy. But, chimera cats can have looks that you definitely do not see often. If you want to learn more about cats, head over to Catpointers. 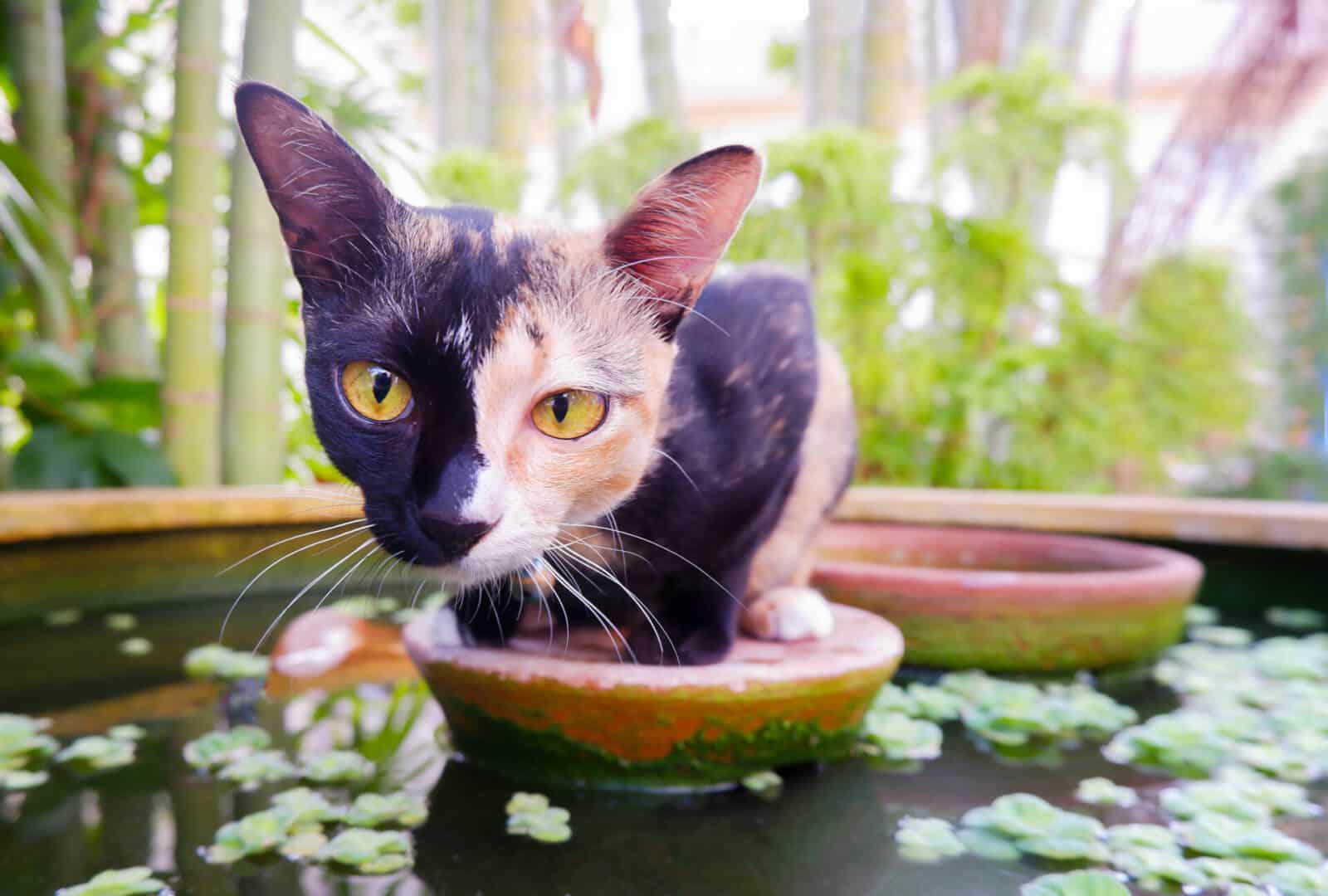 Are Chimera Cats Different from Mosaic or Tortie Cats?

Yes, they are. This, again, comes down to genetics and how this affects the look of the cat.

As we just learned, chimera cats have two separate forms of DNA. This isn’t the case for a tortoiseshell cat. These cats have something called mosaicism, which makes their fur a cool ‘mosaic’ of colors. This unique occurrence isn’t caused by the fusion of two cats (like the chimera.) Rather, tortie cats have only one set of DNA. But, this DNA isn’t all identical.

This comes down to a tortie’s X chromosomes. In a mosaic cat, the X chromosome inherits two characteristics. Only one can be dominant, as a cell can’t carry two active X chromosomes. This causes a variation in the cells, with some having an X for black fur while others have an X for orange fur. This creates the pretty mosaic-like fur that we adore tortie’s for!

Chimera’s are a little more extreme than this. They have literally two separate types of DNA existing inside them! Crazy, right? 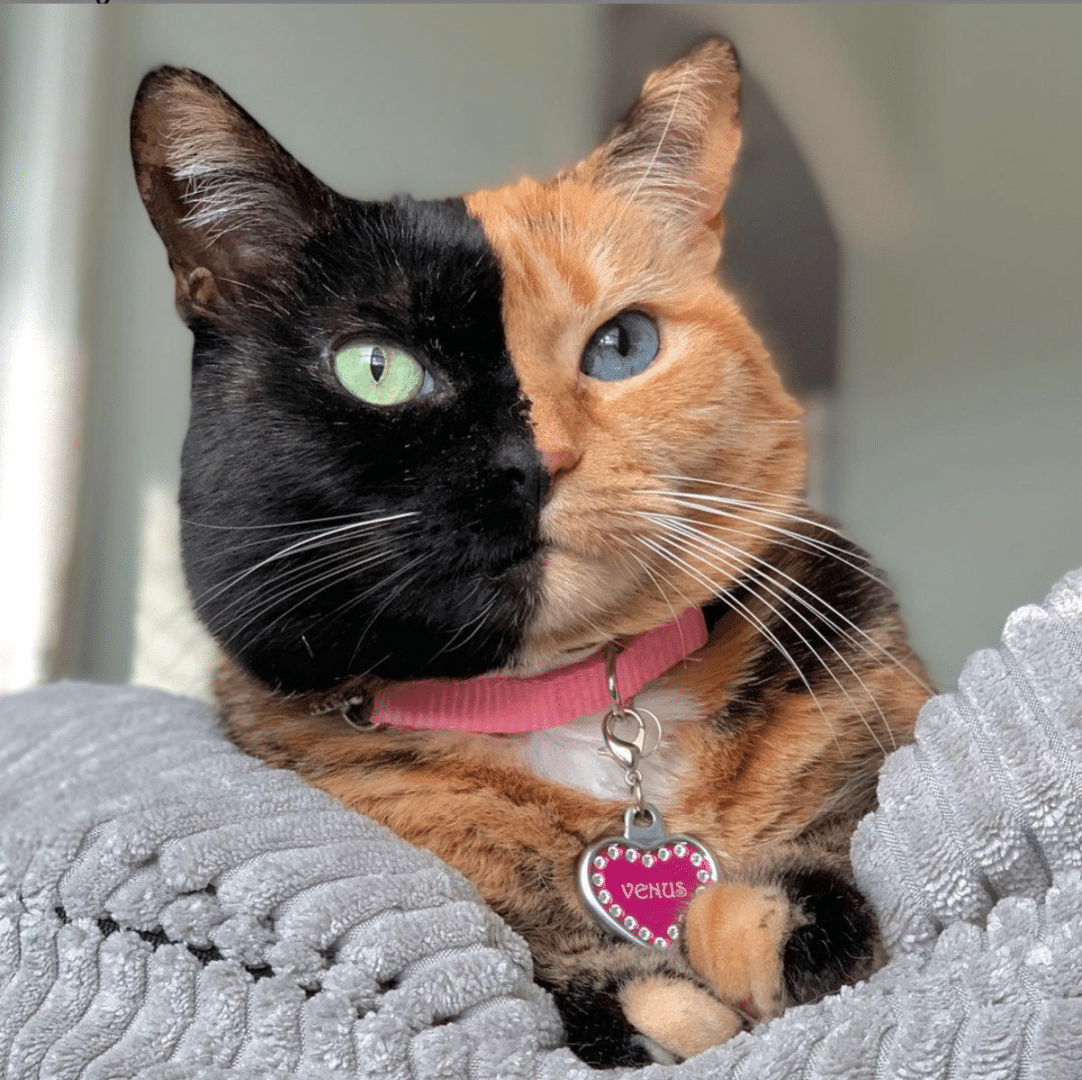 How Rare is a Chimera Cat?

There’s a lot of discussion around the rarity of chimera cats. There isn’t any doubt that these cats are not common. However, many researchers say that there are more chimera cats around than we realize…

Leslie Lyons, the U.C. Professor studying the genetics of domestic cats, reaffirms this. Lyons says that these cats “are not really all that rare.” There are tortie cats out there that are really chimeras. There are even chimera cats with such subtle markings that you wouldn’t even know that they had two separate sets of DNA!

This doesn’t make chimera cats any less unique. It just means that not all chimeras look that same. If you really want to know if your cat is a chimera or not, you’d have to perform DNA testing. Sadly, your cat’s looks aren’t enough to confirm that your cat is a chimera. 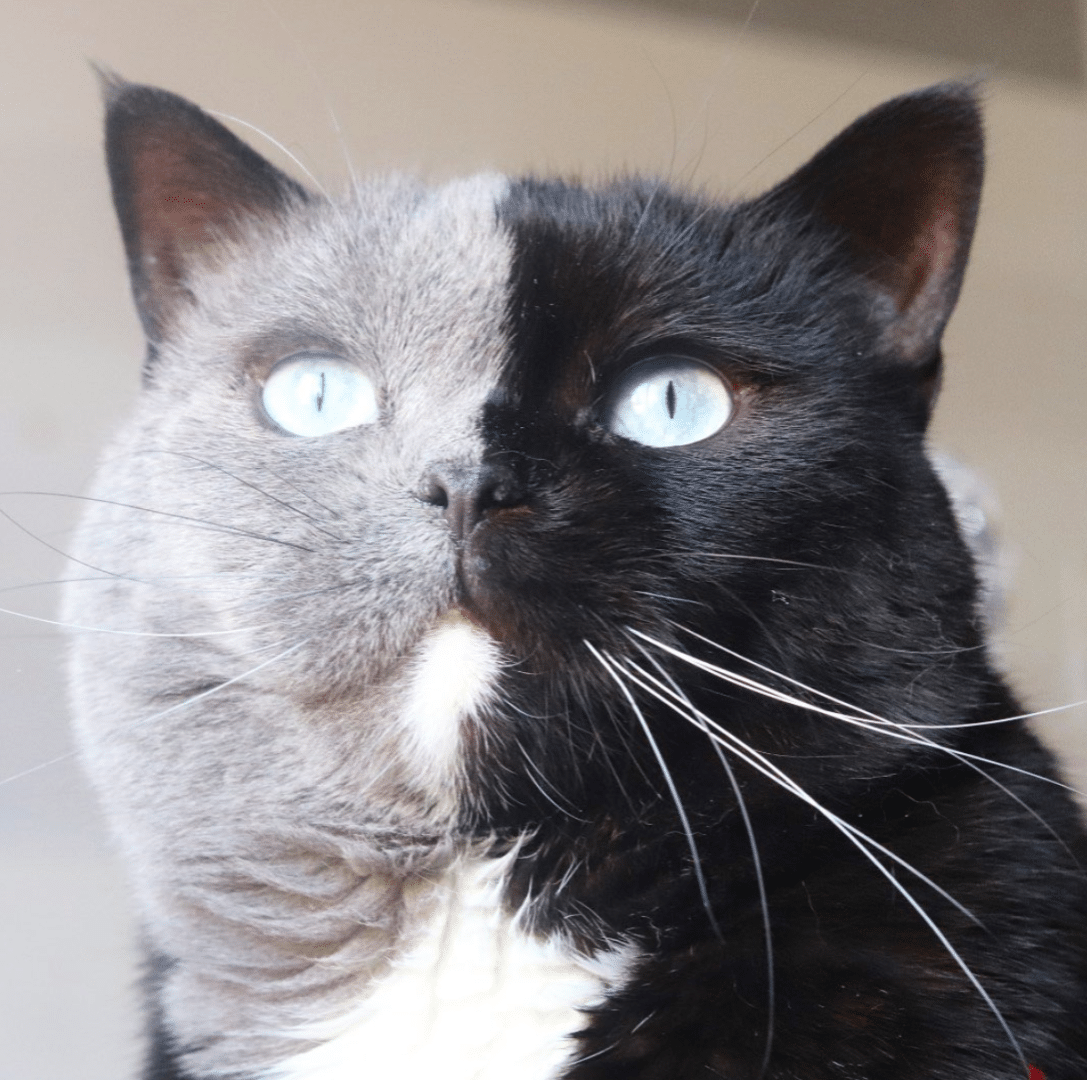 So, Chimera Cats Must Be Pretty Famous, Right?

Yup – Chimera’s with unmistakable looks have gotten some major spotlight. The most famous ‘two-faced’ cat is most likely Venus. This kitty has amassed about 2 million followers on Instagram! It isn’t surprising – this cat not only has chimerism but heterochromia too. This means this kitty has two different colored eyes.

There are other famous pretty chimera kitties out there too. Quimera and Narnia are two cats with an incredible following. Quimera has similar looks to Venus, with black and orange fur, along with two different colored eyes. Yet, Narnia has black and grey fur with beautiful blue eyes. Isn’t it amazing how unique chimeras can be? 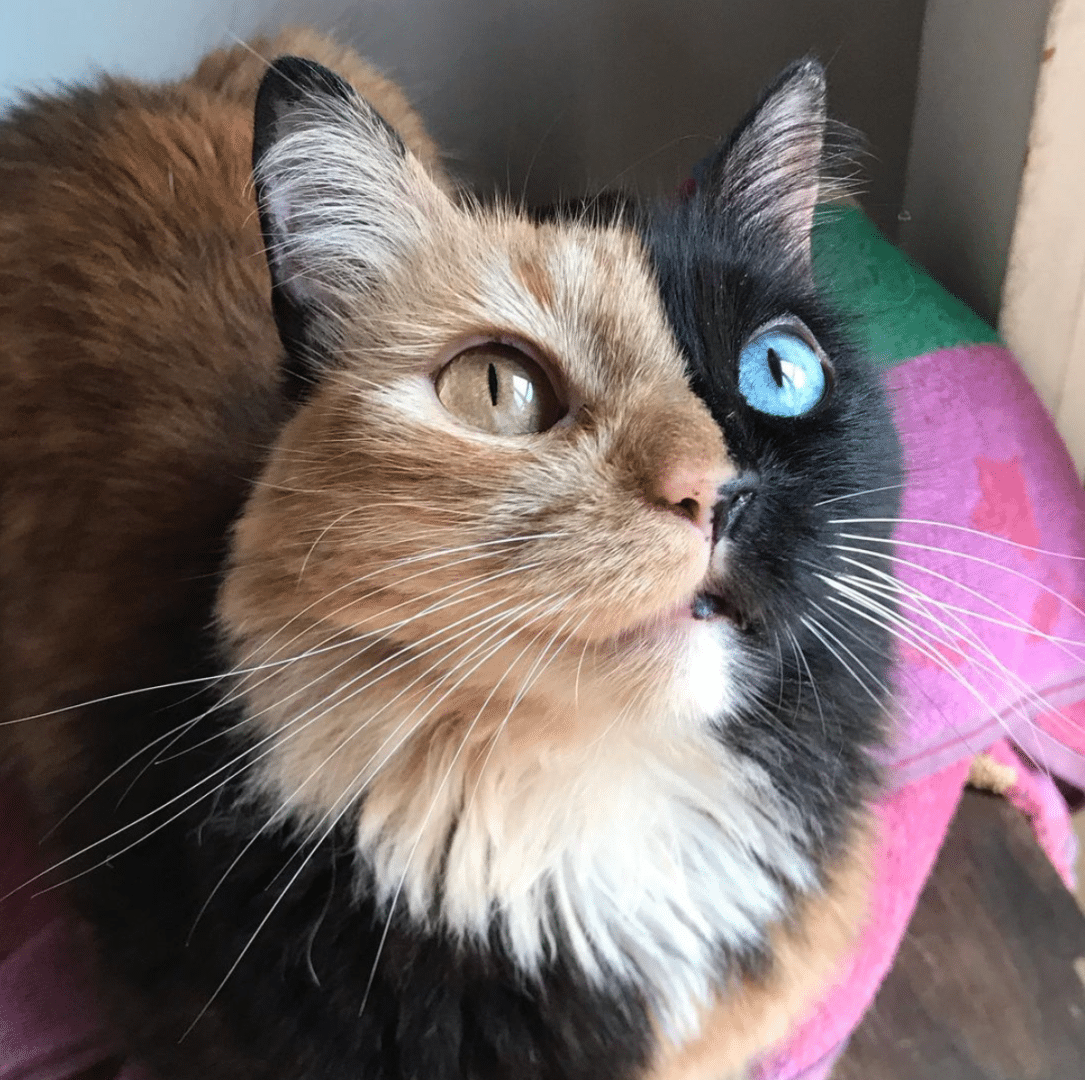 Both these cat’s unique looks make them some super popular kitties. Quimera has around 87,000 Instagram followers, while Narnia boasts around 253,000—learn all about him here on CattitudeDaily!

While chimerism may not be as rare as we thought in cats, it can make a kitty with incredibly eye-catching looks! I mean, how often do you come across a cat with two separate faces? I know I haven’t seen one in person yet…

Are you a sucker for cats with cool markings? Checkout this collection of 21 cats with totally cool markings and patterns here on CattitudeDaily.com.