You can’t talk about big cats without mentioning the jaguar. This magnificent feline is a ferocious predator found only in the Western Hemisphere. If you’re a cat lover, you must learn all about the jaguar – it’s one of the most powerful cats in the world!

The Jaguar is one of the biggest cats on Earth

There isn’t any playing around when it comes to a jaguar’s size. This cat is a big and brawny feline that can weigh up to 250 pounds and be anywhere from 5 to 6 feet long. Its impressive size makes it the third-largest cat in the world, just behind the lion and tiger. This also makes it the largest cat in the Western Hemisphere. 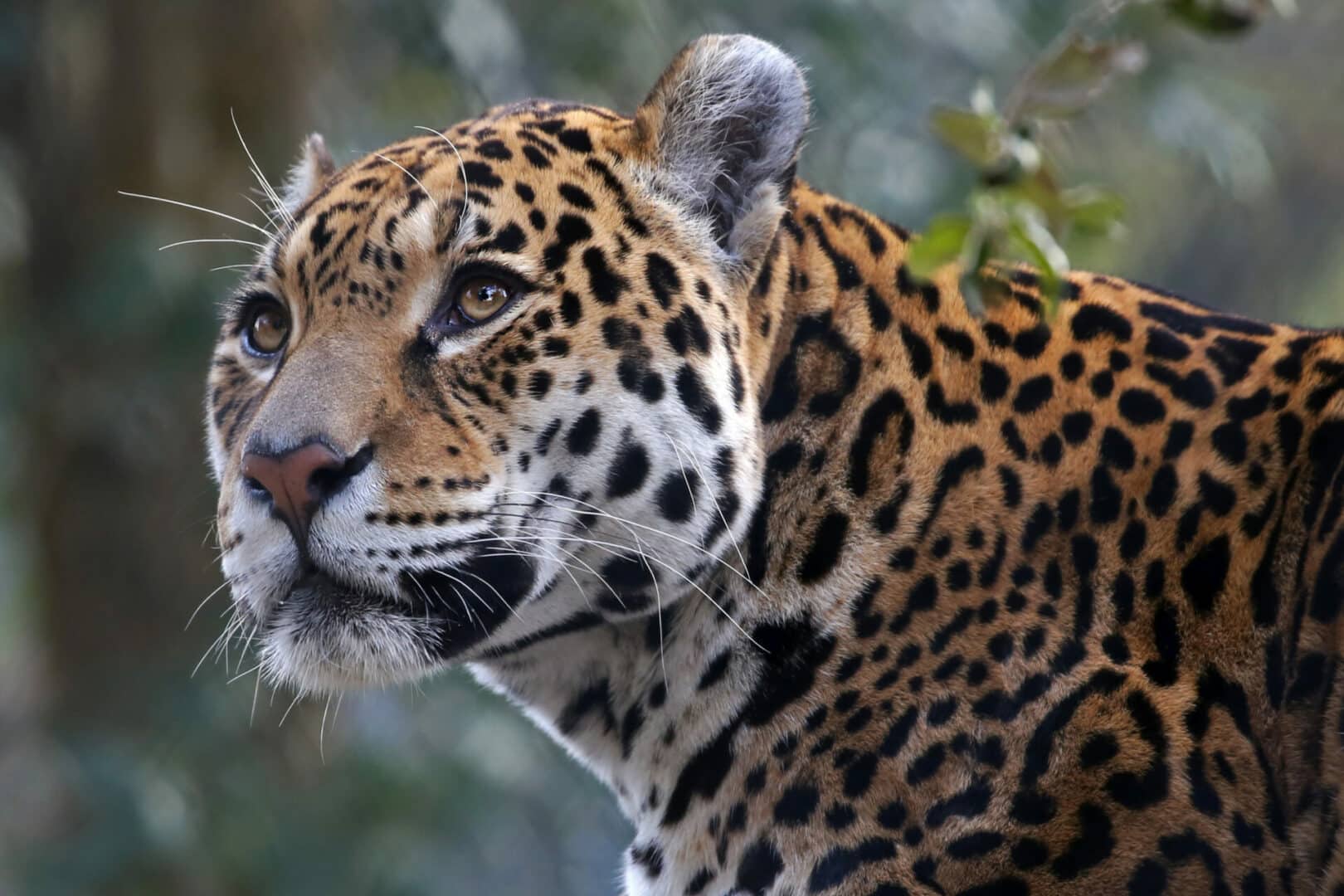 These cats are considered to be gods

The jaguar’s history is a mystical one. This cat was a fascination to many indigenous tribes in America, especially in South America. The jaguar has long been a major predator in the Amazon, lurking in the jungles, striking the curiosities of the pre-Columbian peoples.

In turn, this cat was worshipped as a god by these peoples, for its incredible size, power, and elusive behavior. Depictions of jaguars in pre-Columbian art forms were actually found by archaeologists. These indigenous peoples were the ones who named this cat as well. Jaguar comes from the word yaguar, which means ‘he who kills in one leap.’

The jaguar has jaws to kill

So, as you can imagine, a cat that is as large and fierce as the jaguar can do some serious hunting damage. The jaguar’s jaw is something to be in awe of.  Their wide mouths and super sharp canines are very pronounced, especially when jaguars roar. Yes – these cats roar just as good as any lion.

But, these jaws aren’t used just to make noise. Jaguars utilize their powerful jaws to kill. Once this big cat captures its prey, it penetrates its prey’s skull with its canines. Now, that takes a lot of strength. 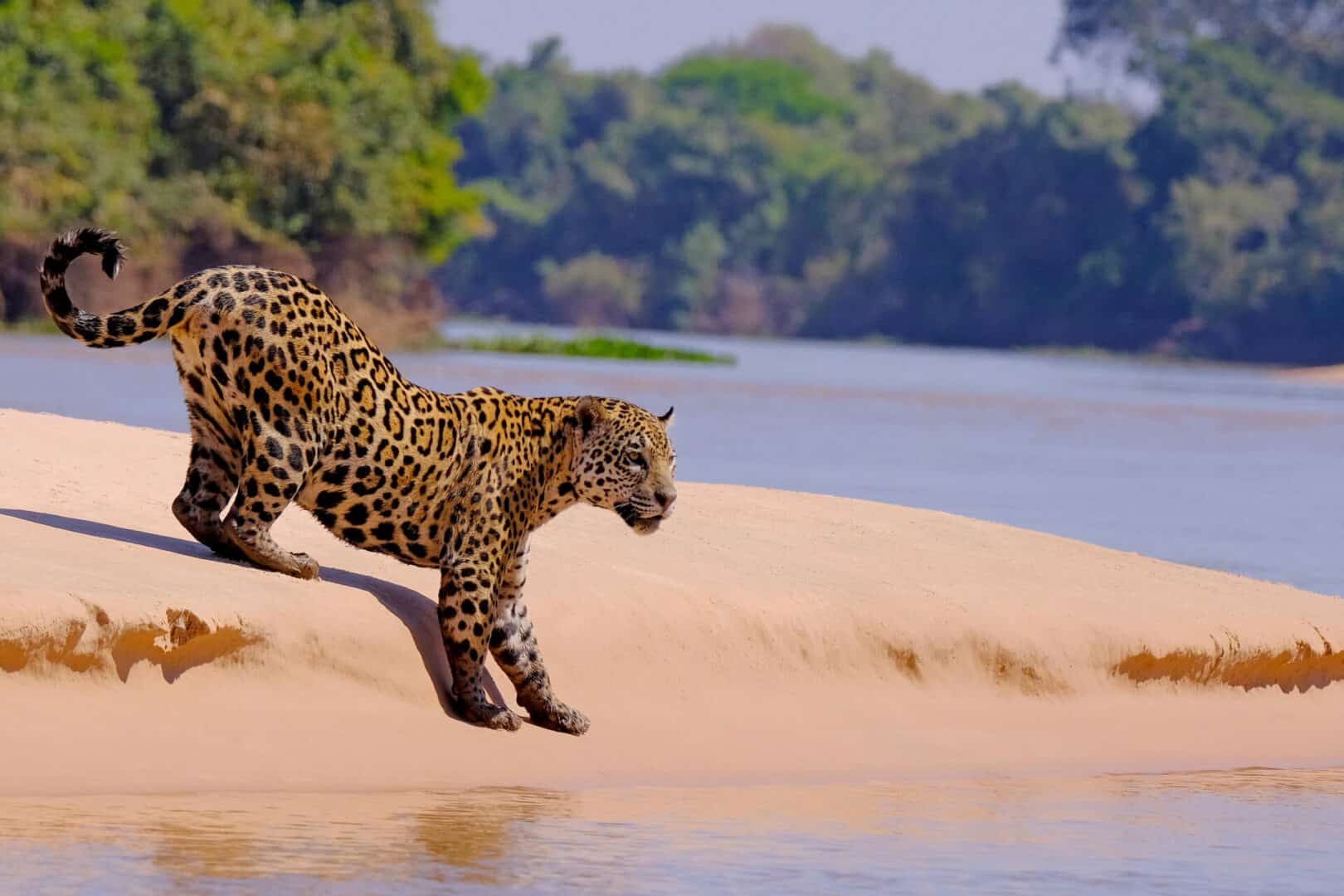 These cats are water lovers

Water and felines? Yes, they can go together! In fact, jaguars prefer to live in areas with bodies of water so that they can take occasional swims and even go hunting. Jaguars are known for eating fish, turtles, and snakes. Some say that jaguars are the cats who adore swimming the most of any other feline, more so than the tiger (yes, tigers swim too. The Malayan tiger is a perfect example.)

One of the biggest cat confusions happens when differentiating the jaguar from the leopard. Yes, both cats have a similar coat that’s brown with tons of spots. But, these cats are very different.

And, when it comes to their coats, there are some clear differences too. The jaguar has unique rosettes, that have little spots inside them, whereas the leopard’s spots are much more solid. 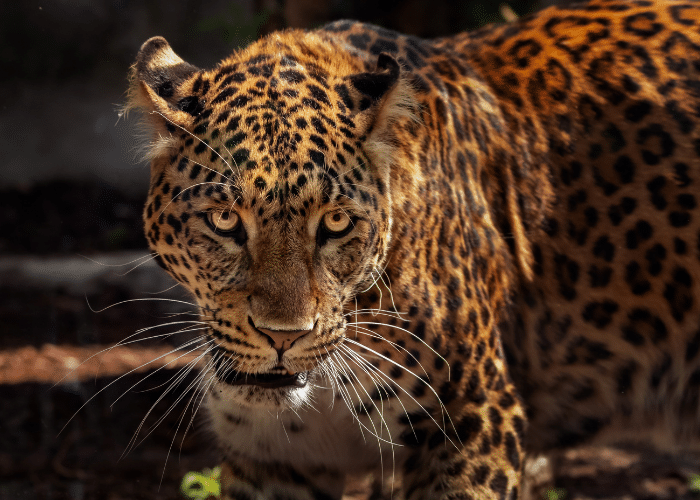 When we say these cats eat everything, we aren’t joking!

Jaguars are hungry beasts. They really can eat whatever they want, due to their size, power, and crazy good hunting skills.

These big cats hunt alone and mostly at night. Their large range and diverse appetite give jaguars plenty of opportunities to find food. They will hunt deer, javelina, birds, or even monkeys. Sometimes, jaguars will take a little swim for an underwater snack. They notoriously feast on turtles and fish. 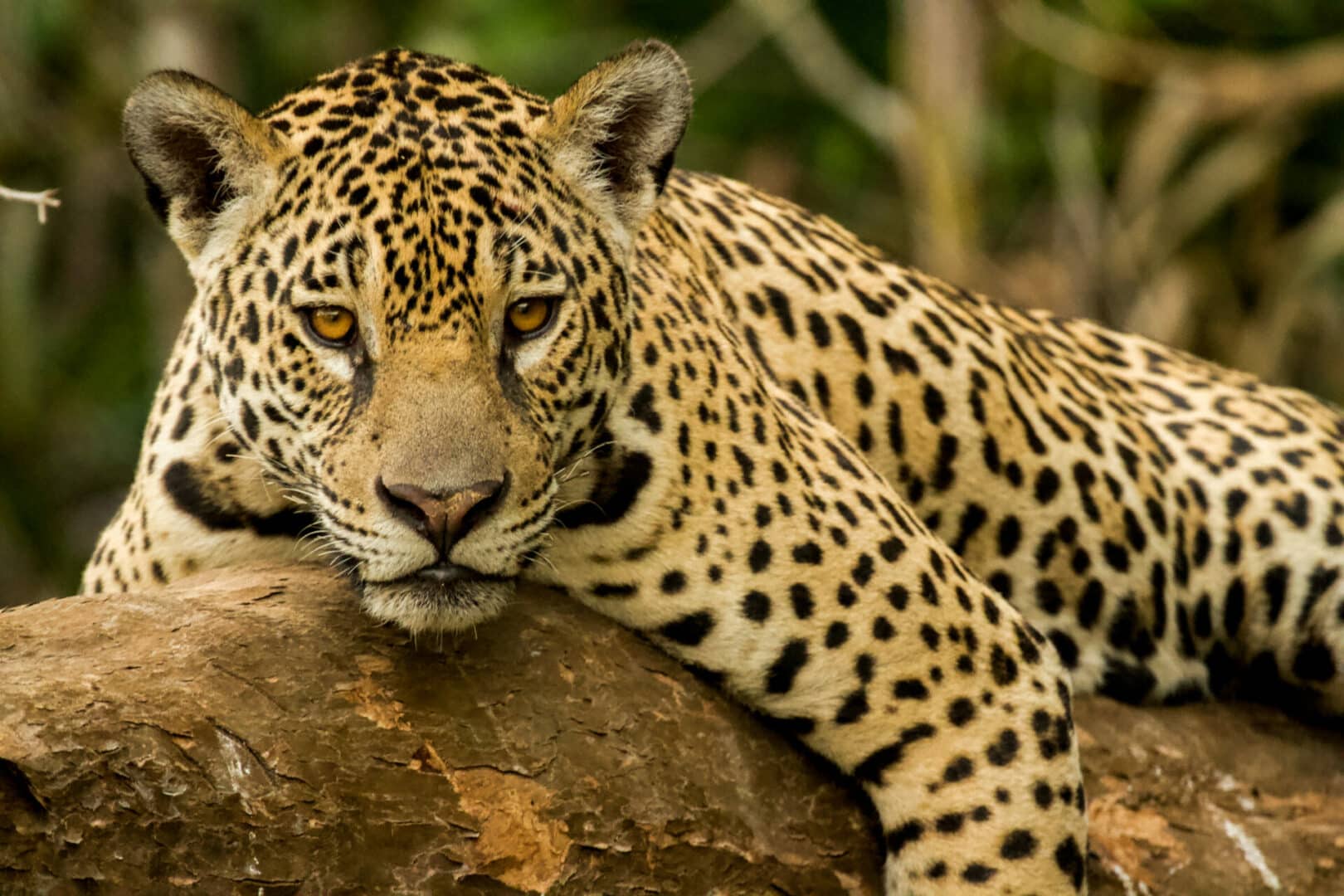 Sadly, this big cat is losing the space it needs to move around

As one could imagine, a cat as big as a jaguar needs ample space to move around. Male jaguars can manage a territory as big as 60 miles. Yet, the jaguar has lost nearly half of the land it once called home.

Due to deforestation, jaguars have mostly been pushed out of North America. One of the jaguar’s main habitats, the Amazon, has experienced major deforestation and destruction. This has severely affected the jaguar population, not to mention the poaching. This poaching is illegal, but sadly still continues today.

The Jaguar is a majestic and iconic feline. To lose a big cat like the jaguar would be a true travesty for our natural world. If you or someone you know loves Jaguars, share this article with them. Also, we encourage you to visit the WWF site to see how you can help save these amazing big cats. 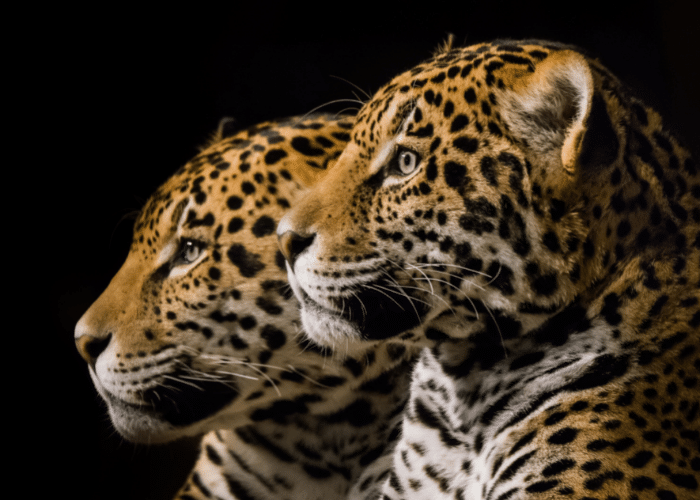 Leo The Maine Coon Wears The Crown—And His Siblings Know It Too!