Kitty Is A Real Life Cat Burglar, And He’s Got A Thing For Shoes

A Pennsylvania cat named Jordon is taking the term “cat burglar” to a new extreme. What started as a nightly ritual of bringing home traditional cat “presents” like dead mice and live snakes, has since turned into one of the greatest acts of organized crime you’ll ever read about. This feline thief is making a career out of stealing his neighbor’s shoes. And while he seems to have no remorse for his crimes, at least his owner is willing to make amends. They started a Facebook group in an attempt to return the stolen footwear to the appropriate feet, and now that group is taking over the Internet. 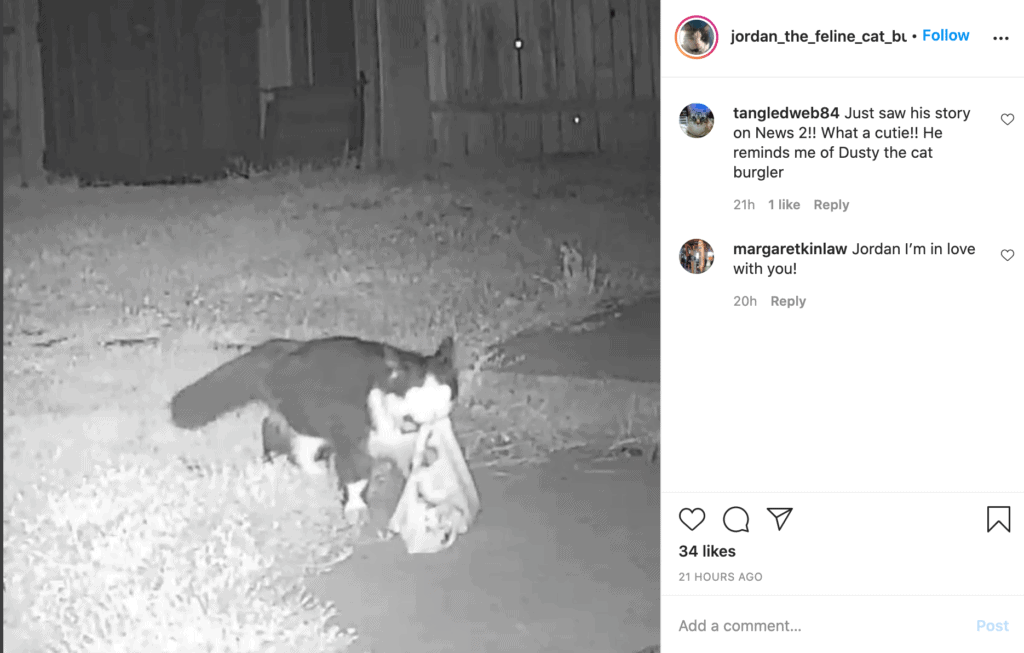 Jordan’s owner, BJ Ross, says Jordan has always enjoyed going on nightly adventures. The black and white cat would leave his house after dark and would proudly leave souvenirs in the yard for his family to find.

In January, however, Ross started noticing random shoes in her yard. She considered the idea that Jordan was responsible, but she simply threw the shoes away and didn’t think much of it. After months of finding sneakers, slippers, and flip flops, however, there was no doubt that Jordon was the culprit. Ross’s mom suggested she try and return the shoes to their owners, and that’s when the now-popular Facebook group got started.

In only a few days, Ross had a stash of dozens of pilfered shoes. She created the Facebook group and invited her neighbors, so every time Jordon dropped off a new pair, she could post a picture. Sure enough, people started commenting to claim their lost footwear. 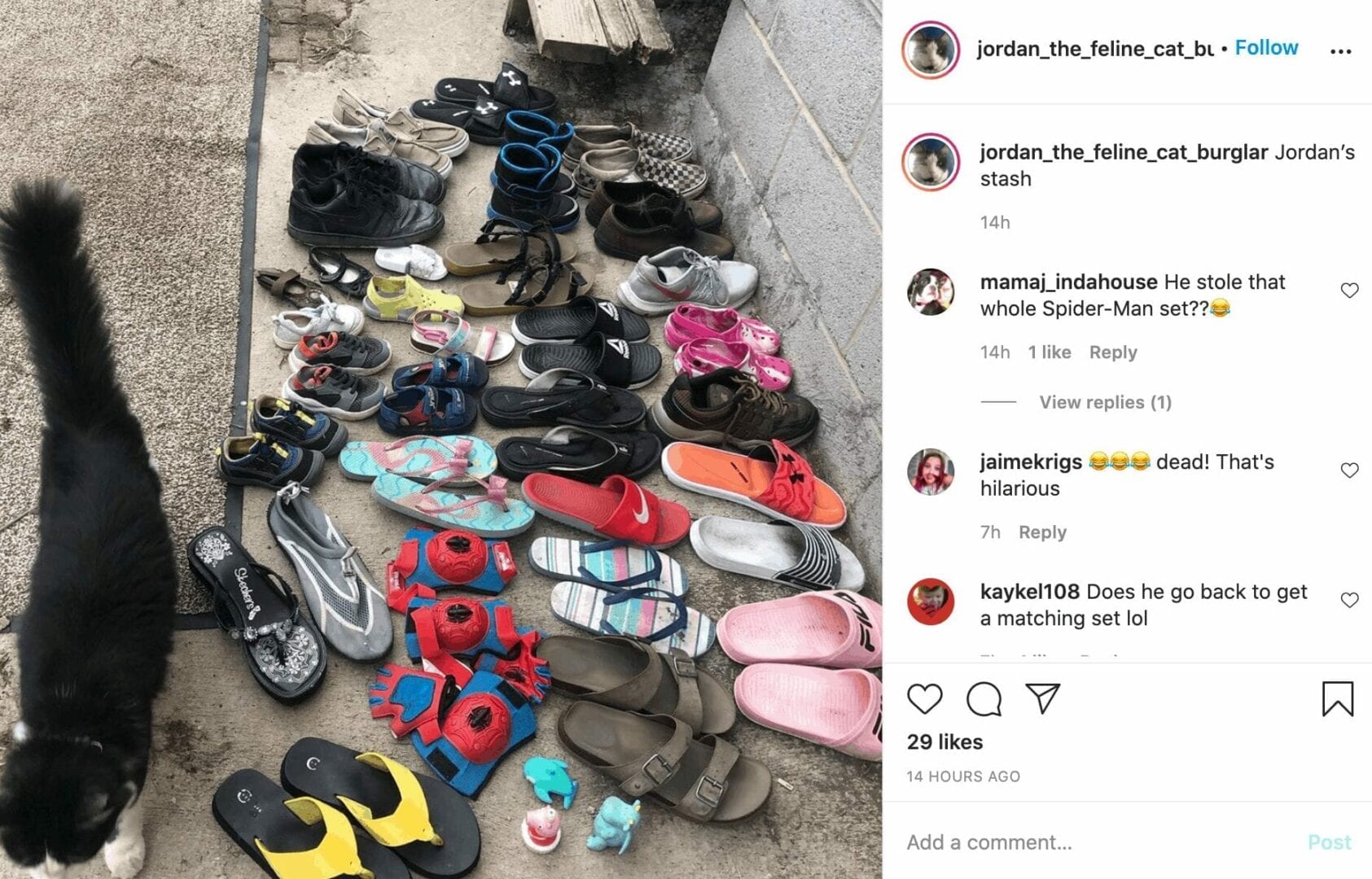 Ross wrote in the About section of the group,

“If y’all know my cat Jordon, y’all know he loves to bring me home shoes!!!! Yes, you read it. This tiny little cat drags me home one, two, three shoes. Every night!”

At one point, Ross had a stash of 37 shoes that Jordon had found throughout the neighborhood. To catch her cat burglar in the act, she installed a camera in her backyard. It didn’t take long to catch a recording of the six-pound Jordon jumping her back fence with a shoe almost as big as him in his mouth. If there had been any doubt about Jordon’s extracurricular activities, that footage was proof of the feline’s guilt.

Ross also got a GPS collar to get an idea of where Jordon was getting all his treasure. The resulting path is a crazy crisscross that takes Jordon on an almost 3-mile crime spree. He hunts down unguarded boots, sneaks, and sandals to add to his impressive collection

To make it even more hilarious, Jordon often prefers to bring home a complete pair. Even if he can’t carry two shoes at once, he’ll return to the scene of the crime to finish the job.

While Jordon’s thievery started as something entertaining between neighbors, it’s since spread across the country. There are now more than 5,000 members in Jordon’s Facebook group, and people are constantly commenting to say how his mischief makes them smile. And of course, people are still claiming the filched footwear as their own.

The authorities have yet to catch on, and we have a feeling this talented cat burglar will remain at large for a long time coming.

Join the Facebook group to keep up with Jordon’s adorable (and slightly illegal) antics!

Show Cat Gets Adopted, And Now She’s The Star Of Her Home

Photogenic Kitty Named Freya The Fluff Is Too...