With most areas of the world bunkering down for a second lockdown, animal advocates and officials are sending out an important message. Last time the world shut down, sales and adoptions of puppies and kittens skyrocketed. Everyone wanted a new pet to keep them company in quarantine, and we saw a lot of heartwarming stories of empty shelters and happy animals. This time, however, scammers have caught on to the trend. The illegal sale of animals on social media is on the rise, and a lot of the advertisements you’ll see are complete hoaxes looking to rob people of money. Facebook guidelines clearly prohibit the sale of animals on the platform. That means any post advertising a puppy, kitten, or older animal is illegal. But despite those regulations, it’s proving impossible to police millions of social media users. The advertisements are still posted, and the illegal sales still happen. Part of the problem is that a lot of this action takes place in closed groups. It’s up to individual group members to report the illegal posts, but not everyone is aware that rules are being broken. And even if they are, that doesn’t mean they’ll take the time to do something about it.

While some of those sales are by well-meaning individuals, many more are from what the RSPCA calls “unscrupulous breeders and sellers.” They see social media as the ideal place to reach a wide range of people and make easy money.

Any reputable breeder or animal rescue organization will never use social media to close a sale or adoption. They require things like home checks, interviews, and applications to make sure the animals are going to good homes. Sellers using social media to make quick sales, however, do not think about what’s in the best interest of the animal. Many of them are backyard breeders or owners of kitten or puppy mills. They use quarantine as an excuse when people ask to visit the animals beforehand or see the parents. The animals go to their new homes with health issues and receive no support from the sellers. 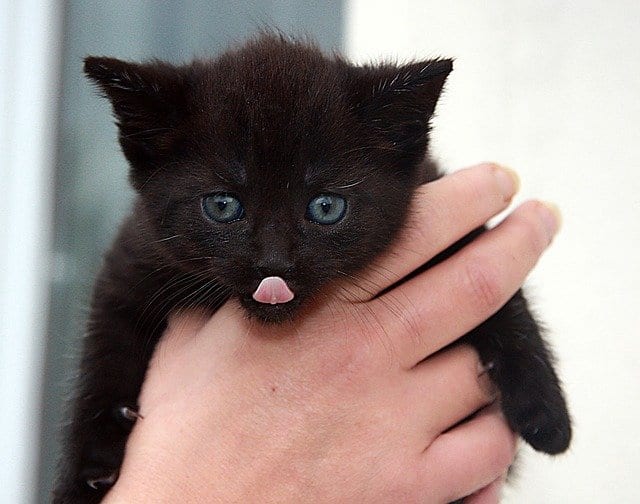 “Sadly, we fear there are many underage kittens being sold on Facebook by vendors who are impatient to make a quick profit. These kittens can go on to have serious, life-threatening illnesses or be so poorly socialized that they’re not suitable as pets.”

Receiving an animal from an untrustworthy source isn’t even the worst case scenario. In many of the scams circling social media, the advertised animals don’t exist. Scammers steal photos of pets from strangers and make posts saying they’re for sale. They talk only through social media messaging and secure hefty deposits as soon as they can. When it comes times for the arranged drop off, the seller mysteriously disappears.

BBC reports that the scam investigating service called Action Fraud has calculated that victims have lost more than $370,000 in only two months trying to buy pets that are not for sale.

The bottom line is, no matter how cute the kitten is, buying animals on social media is illegal and a bad idea. If animal lovers are interested in adding to their families, they’re encouraged to research reputable breeders, or better yet, adopt from a shelter.

10 Ways To Know Your Cat Needs To See A Vet