Rescued Kitty Named Meatloaf Has A Heart As Big As Him

When our cats pass away, this is a time that is met with extreme grief and despair. Our cats’ only fault is that their lives are far shorter than ours, so it’s important that we always remember to cherish the time that we have with our beloved feline friends. For one handsome fluffy boy named Meatloaf, he was plucked from the shelter as a wee kitten and landed himself the perfect forever home. Even as a tiny kitten, Meatloaf knew he had to stand out and steal hearts, and he did just that upon seeing his forever humans.

How did Meatloaf get his name?

When we met Meatloaf at the shelter, he already was given his name. But as soon as we heard it, we loved it, and knew it fit him perfectly. Unfortunately, we can’t take the credit for naming him. 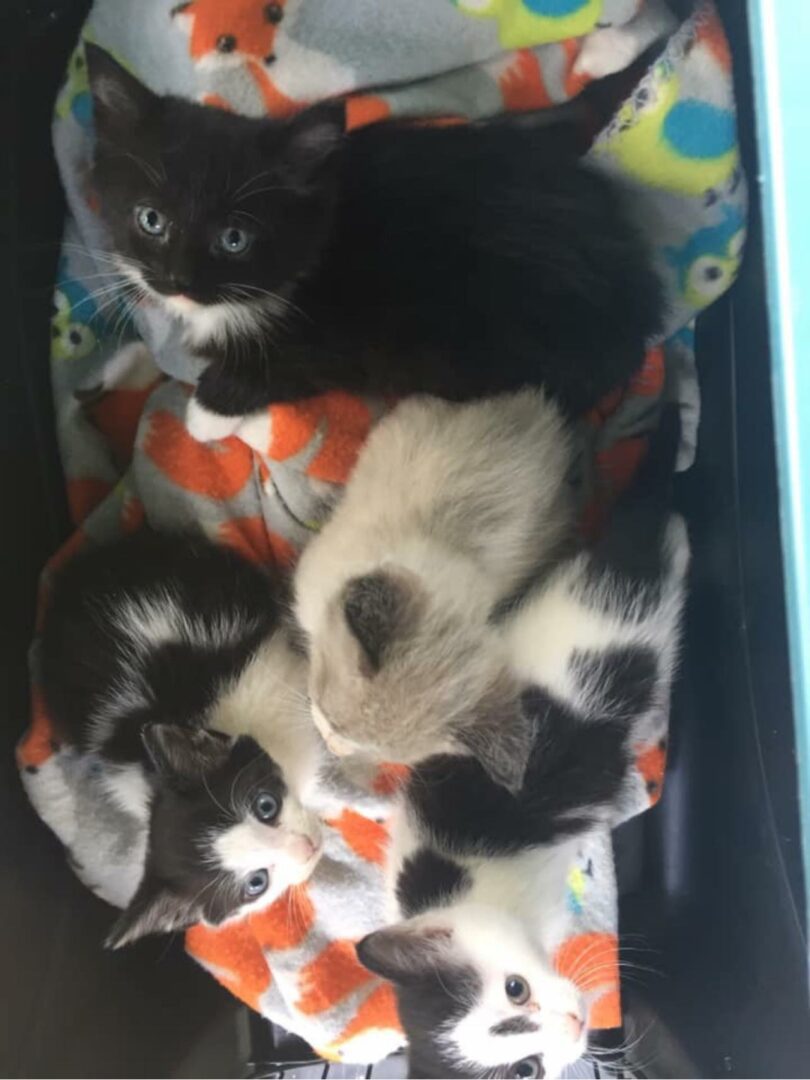 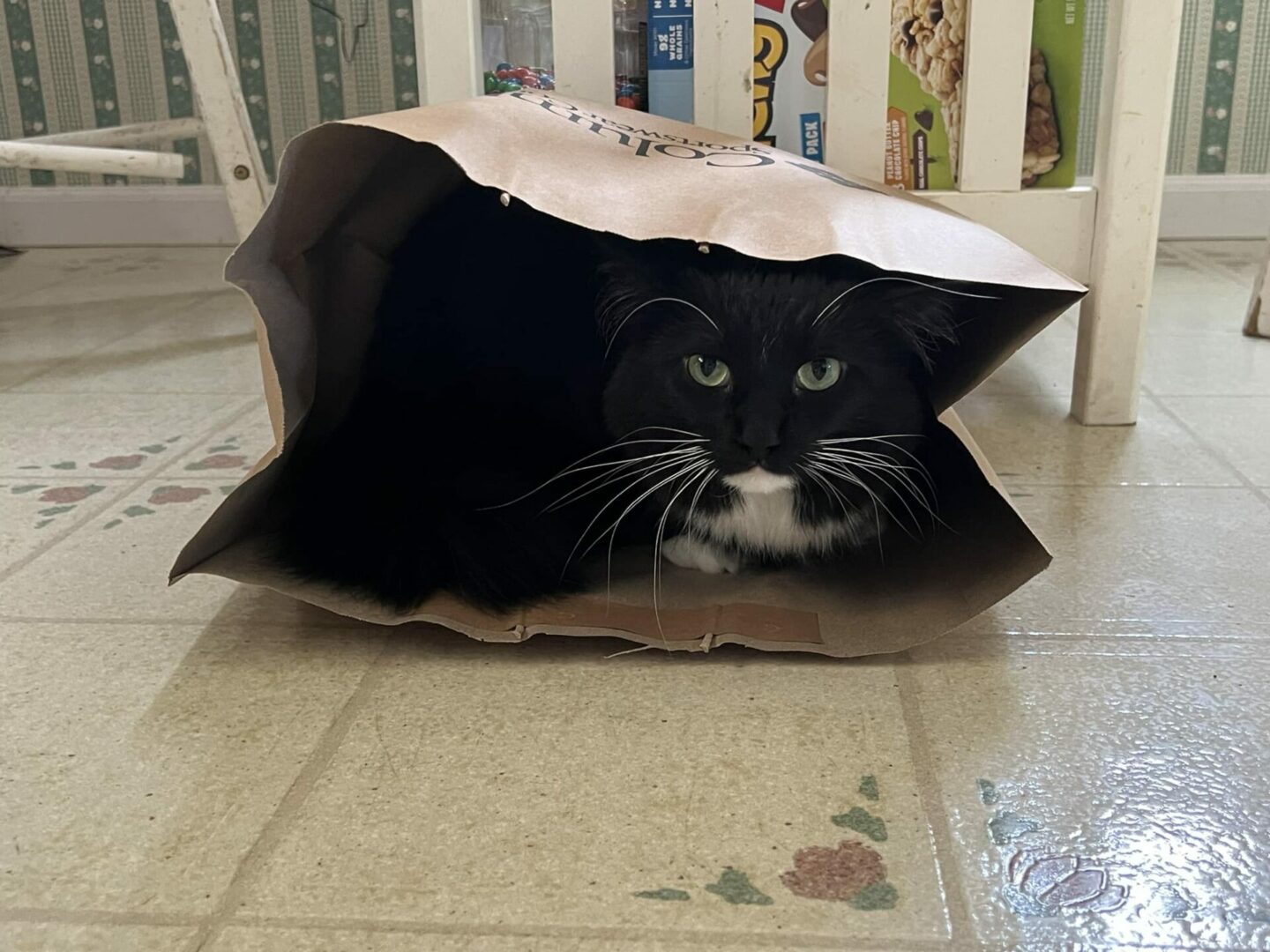 He’s a troublemaker who is too smart for his own good. But he is the most affectionate and loving cat my husband and I have encountered. He’s my buddy and he keeps me company while I’m working. He loves just being with us, whatever we’re doing.

He loves to play chase (having my husband or me chase him around the house). He loves to ambush “attack” my husband as he walks down the hall. He likes to roughhouse play and likes to run after toys we throw for him (he used to bring them back too but not so often as he got older and smarter). He enjoys it when we carry him around the house and if it was up to him we’d hold him all day. He enjoys long belly rubs too 🙂 He loves playing with string toys and he never met a paper bag he didn’t like. He loves jumping on them so they make noise. 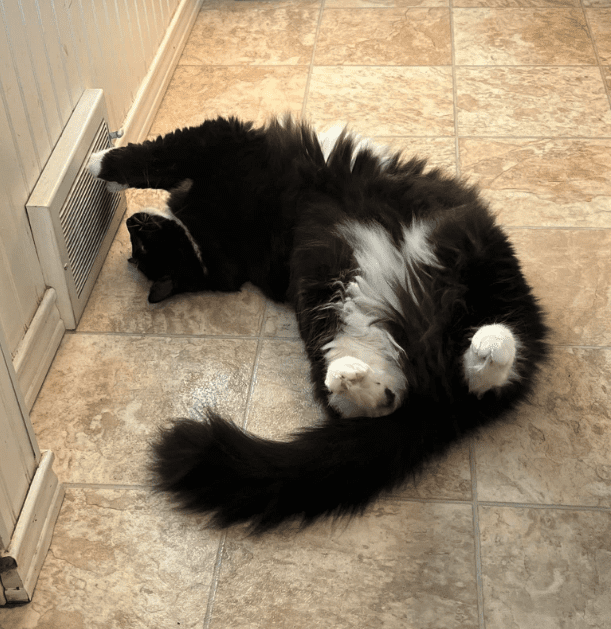 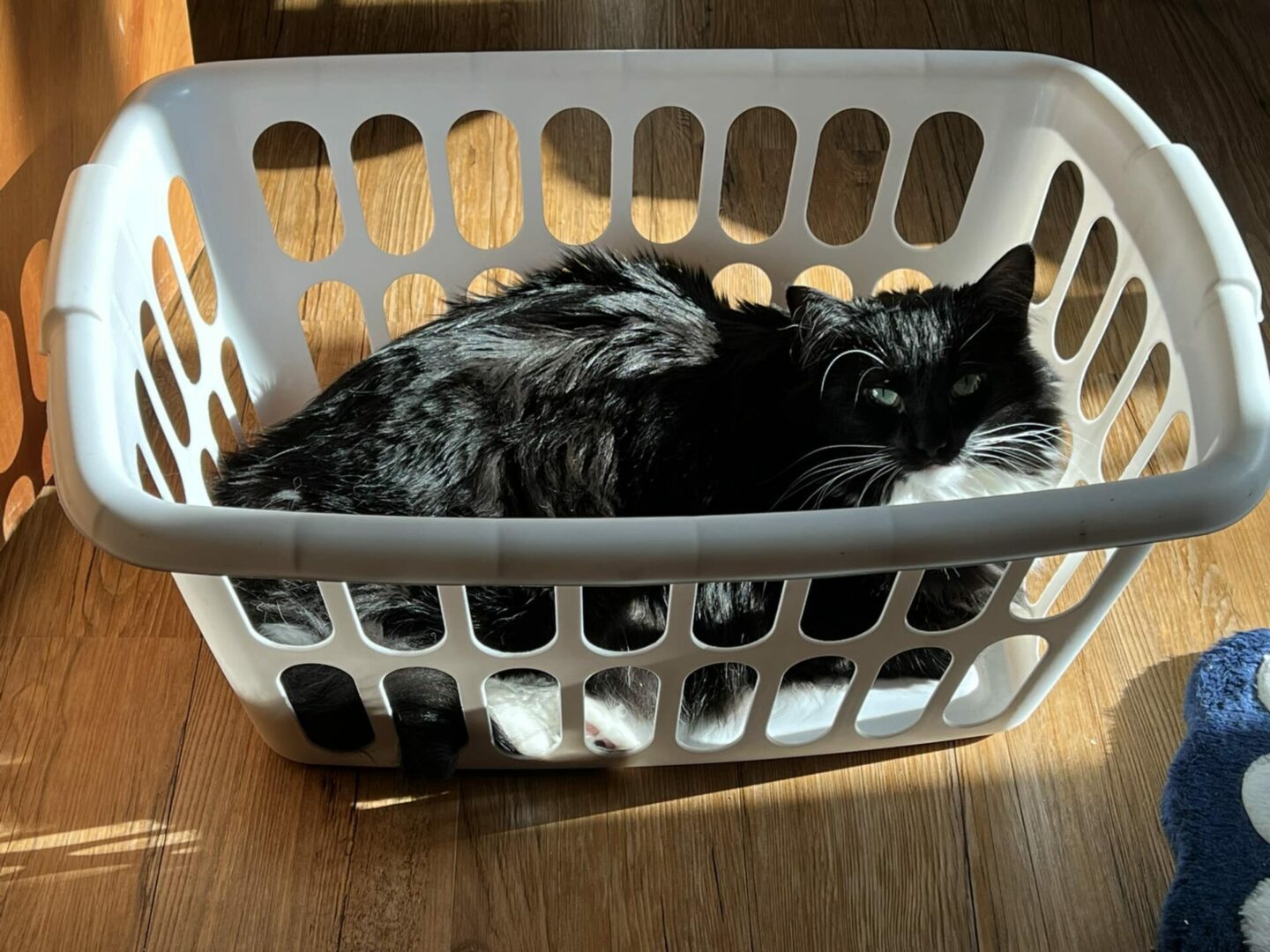 How would you rate Meatloaf’s cattitude?

He’s not the stereotypical “aloof” cat but he sure knows how to get his way. He can manipulate me to no end with his little meows. Thankfully my husband is stronger-willed. He is super cuddly and sweet.

Does he have any cat or dog housemates at home? 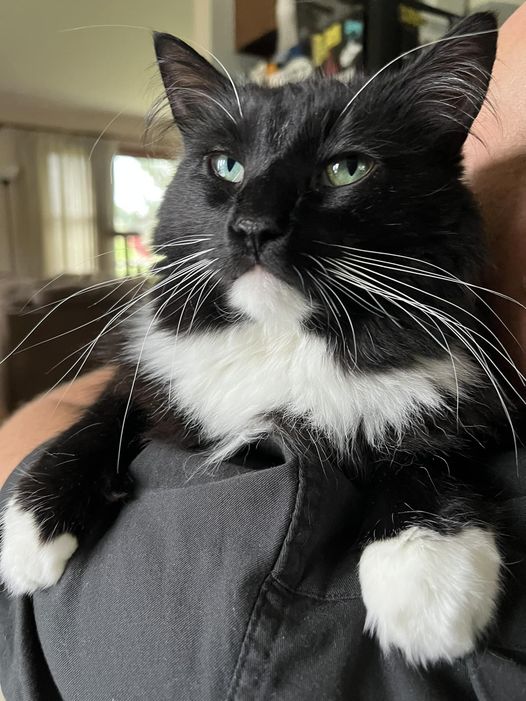 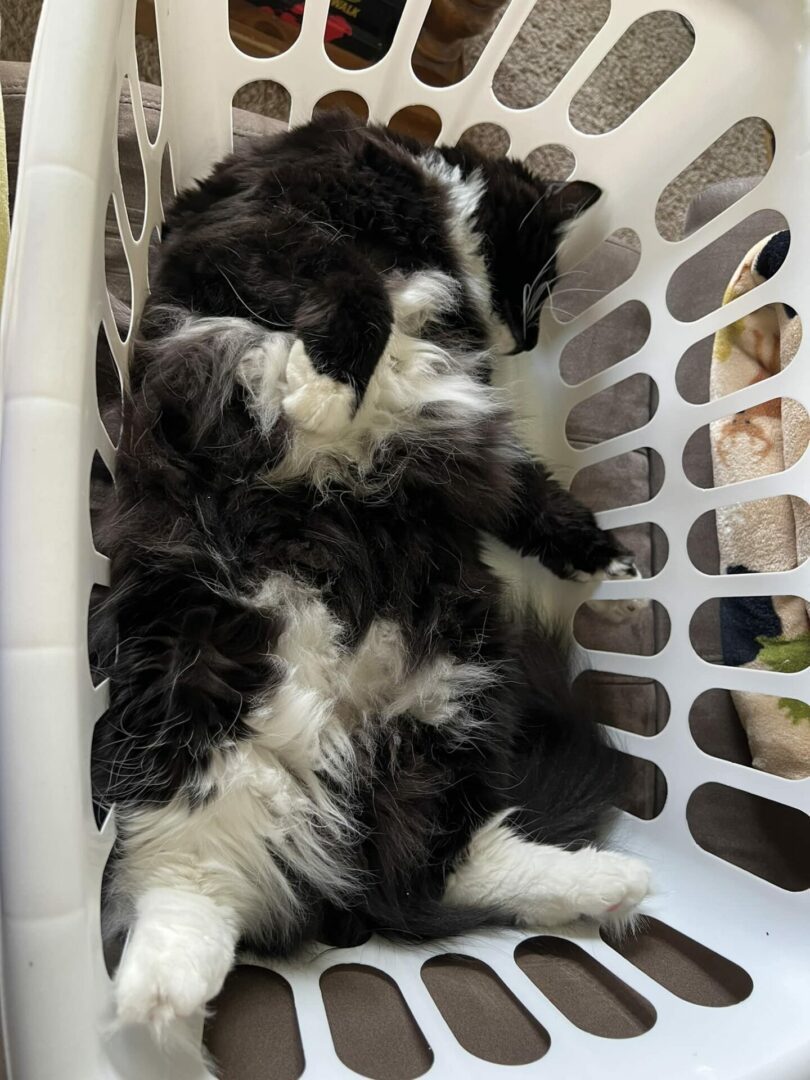 What’s something special you’d like for people to know about Meatloaf?

Meatloaf rescued us when he chose us after our other cat passed away. The house felt lonely without a pet, so we went to a shelter to meet another cat that had been featured on the shelter’s website… Next thing I know, I see my husband petting this little tuxedo kitten who had marched right over to him, meowing. He knew we were his people as soon as we came in. We think Meatloaf knew we needed him as much as he needed us. His adoption anniversary just so happens to be this Friday, 11/25!

I want to give a special “thank you” to Meatloaf’s cat parents, Jennifer and Mark, for allowing me to share their cat’s story with all of the Cattitude Daily readers. Stories like Meatloaf’s just go to show you that cats are wonderful at choosing their humans. 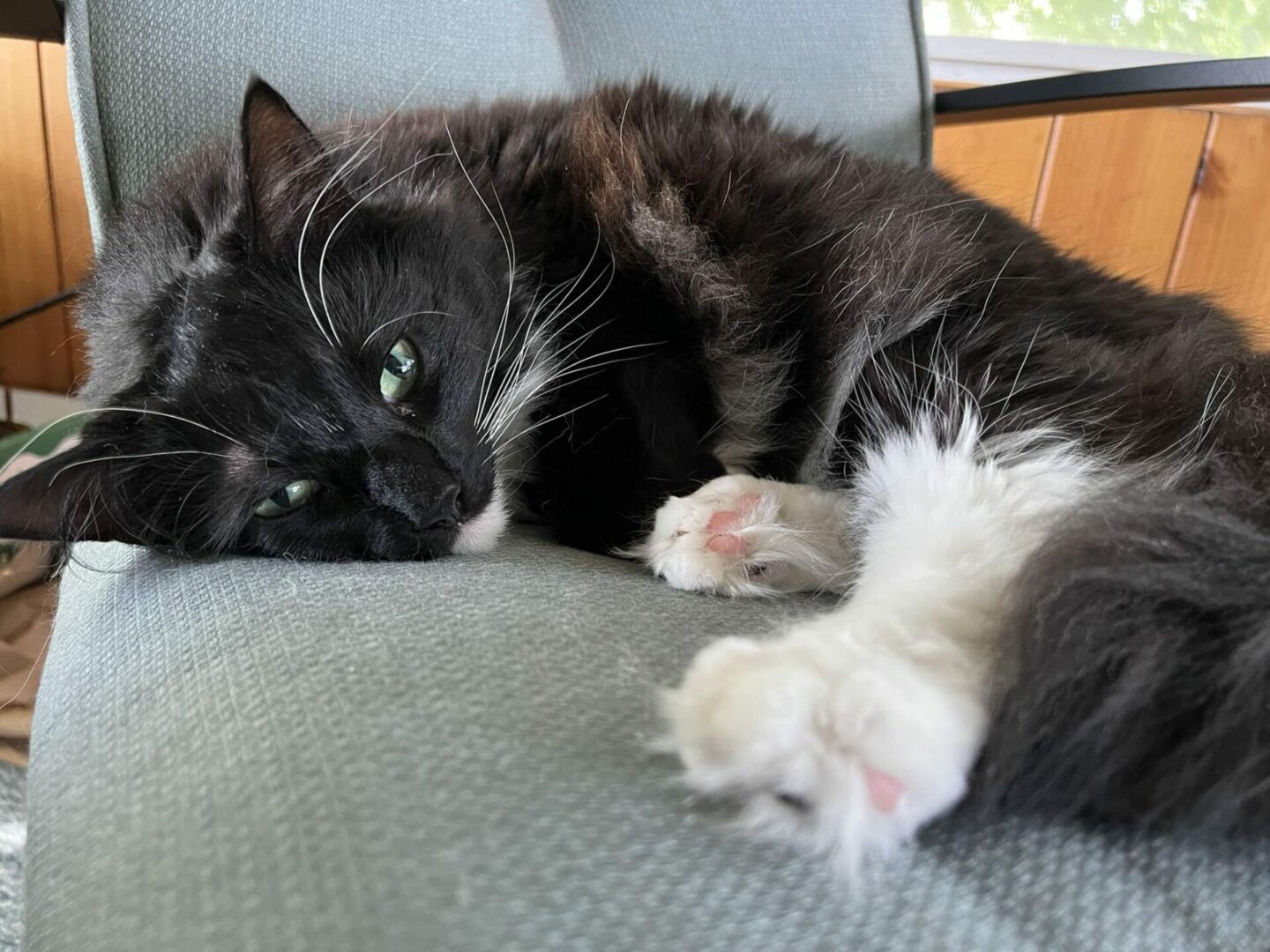 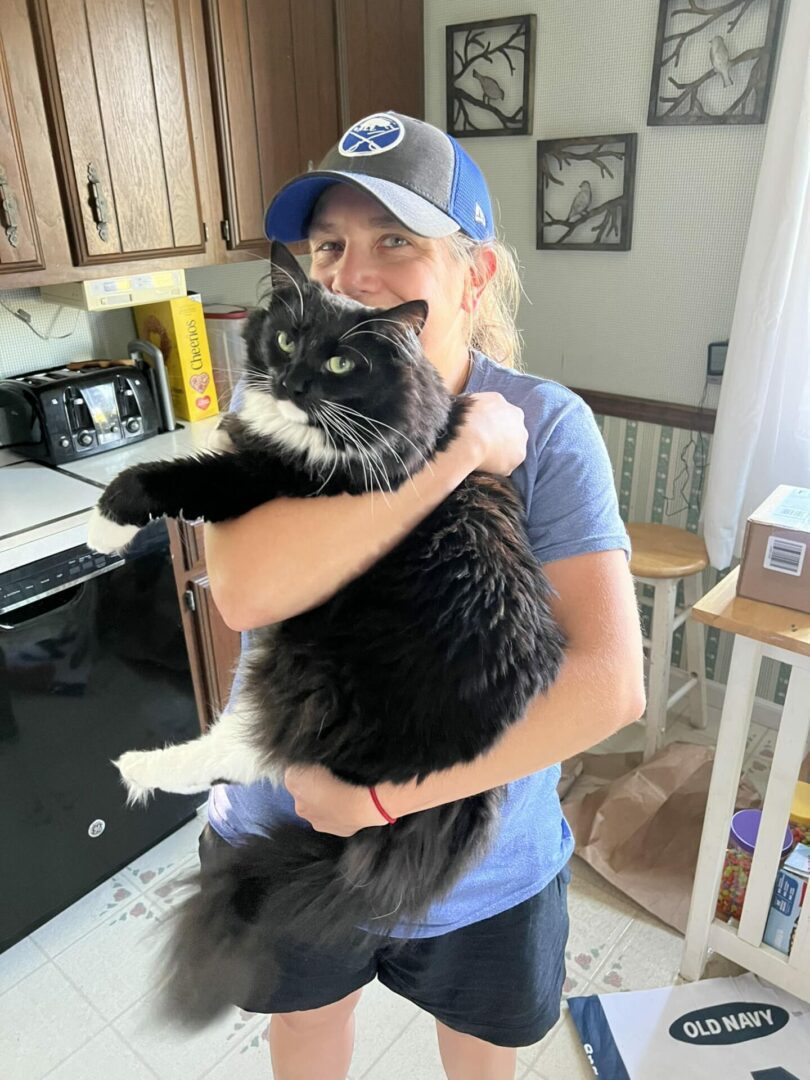