Home Cats Big Cat 411: All About The Caracal
Cats

Big Cat 411: All About The Caracal

Some call them desert lynx, while others refer to them as the Persian Lynx – no matter what you call them, Caracals are seriously cool big cats. They’ve been residents of Africa and Asia for centuries. The Caracal has looks and an attitude, unlike no other wild cat. And, we’re going to tell you just why…

Let’s Discover All the Fascinating Facts about the Caracal Cat! 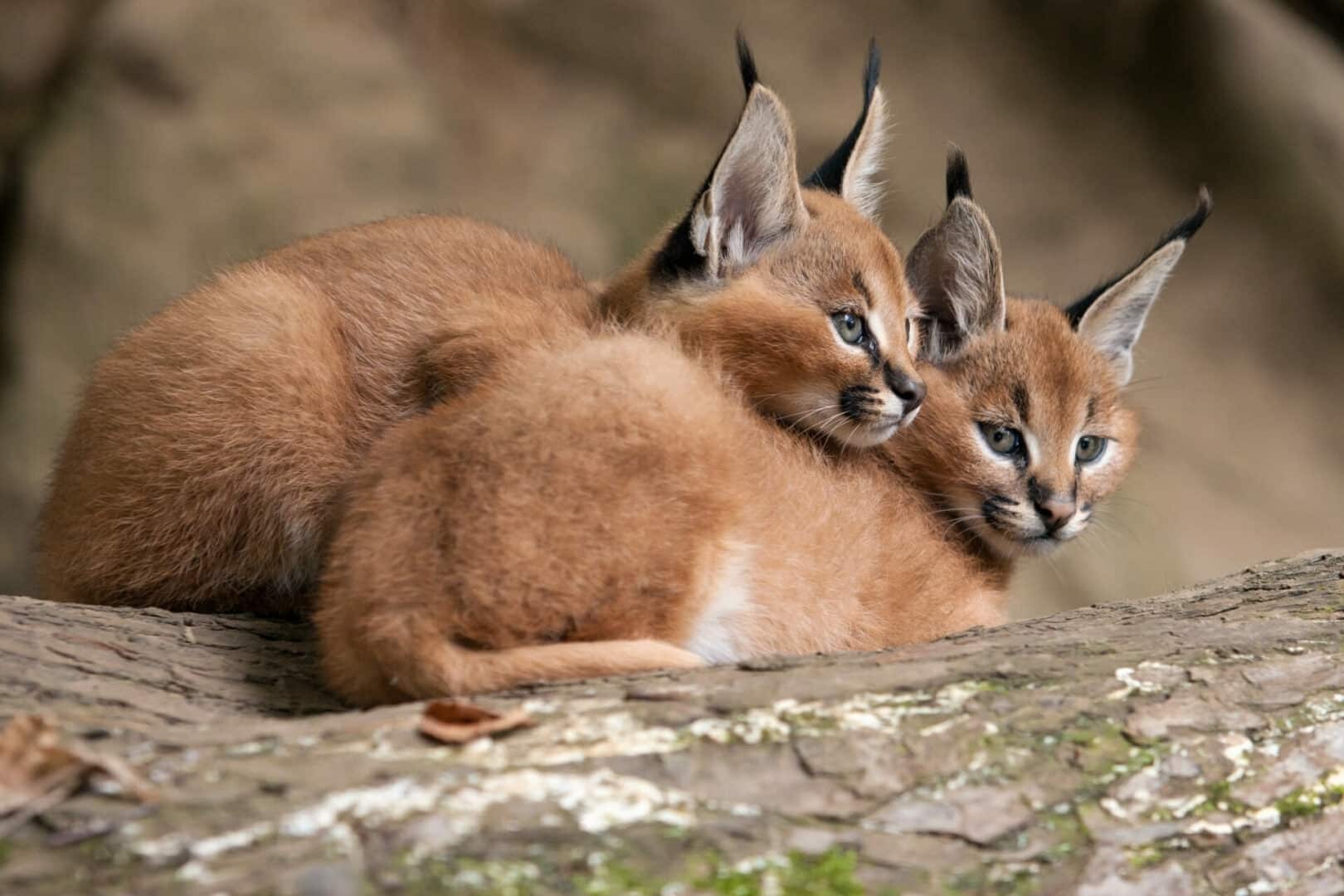 The first thing you notice about a Caracal is its ears. They are large, pointed, and have these graceful tufts at the end. The Caracal’s tufted ears look like no other cat’s. They’re feathery and, to be honest, are quite the cat fashion statement.

But, a Caracal’s tufts are more than just pretty. These tufts have powers. Each of a Caracal’s ears has 20 muscles. These muscles all work to move and turn, listening in to find their next prey, just around the corner.

There are many theories behind why Caracals have such distinctly tufted ears. One is that these tufts act as little antennae, helping Caracals’ ears to tune in more closely to what’s happening around them. Another is that their tufts help them communicate with other Caracals, whether by twitching or other sorts of movements.

Finally, some believe that these tufts are simply there to keep insects out of a Caracal’s ears. Who knows, these could all be reasons why Caracals have such uniquely tufted ears! 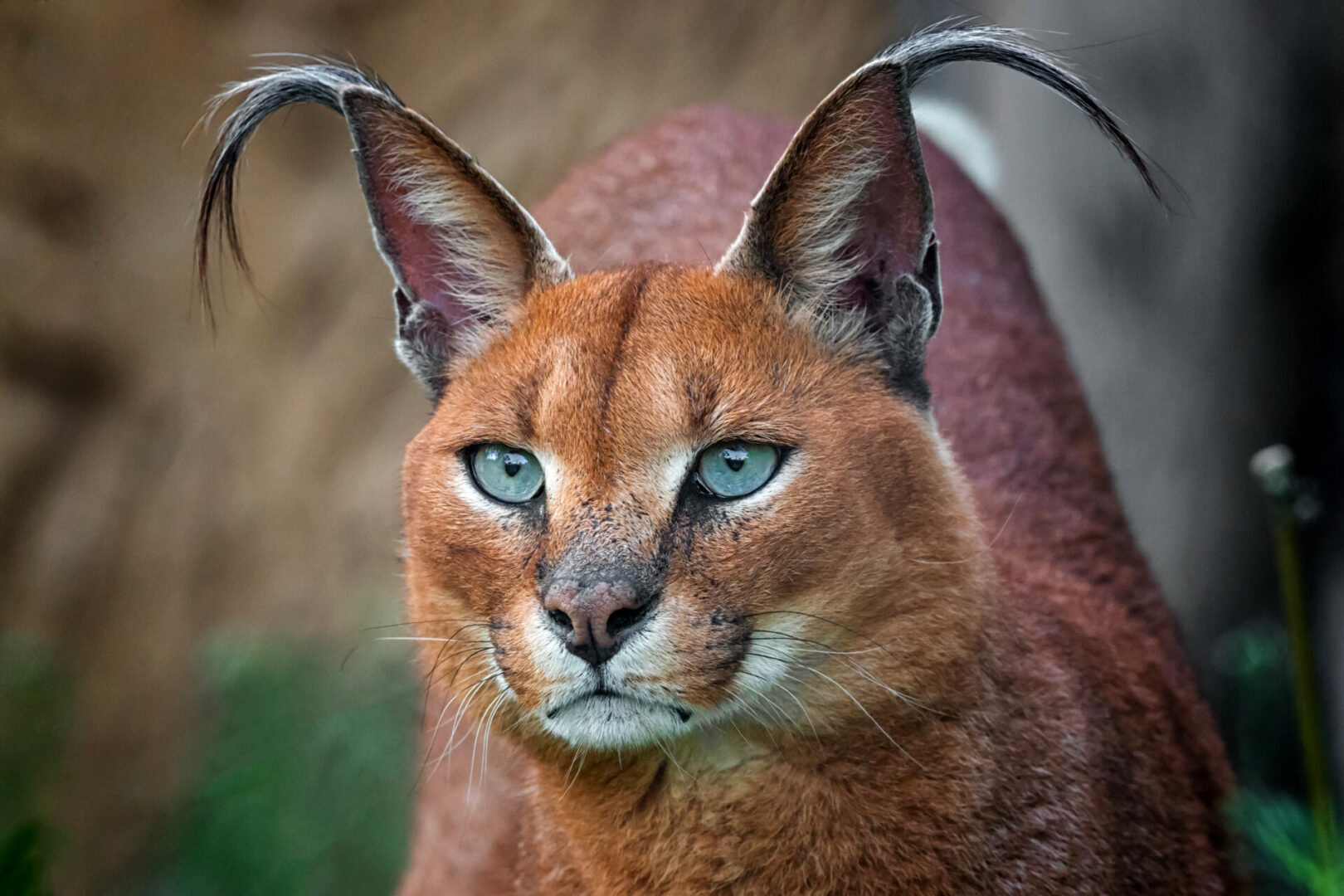 A wild cat that can survive in crazy temperatures

The Caracal’s territory is very spread out, across two continents in fact. You can find this cat in several parts of Africa, from Ethiopia to Nigeria to all the way down to South Africa. The Caracal is also found in the Middle East and India.

Caracals are true survivors. They can live in all sorts of environments – woodlands, jungles, savannahs, and even deserts. What is most impressive is the Caracal’s ability to thrive in deserts, going crazy amounts of time without water in extreme temperatures (we’re talking up to 118 degrees Fahrenheit!) This cat combats the scorching heat by resting in dark, cool places during the day. 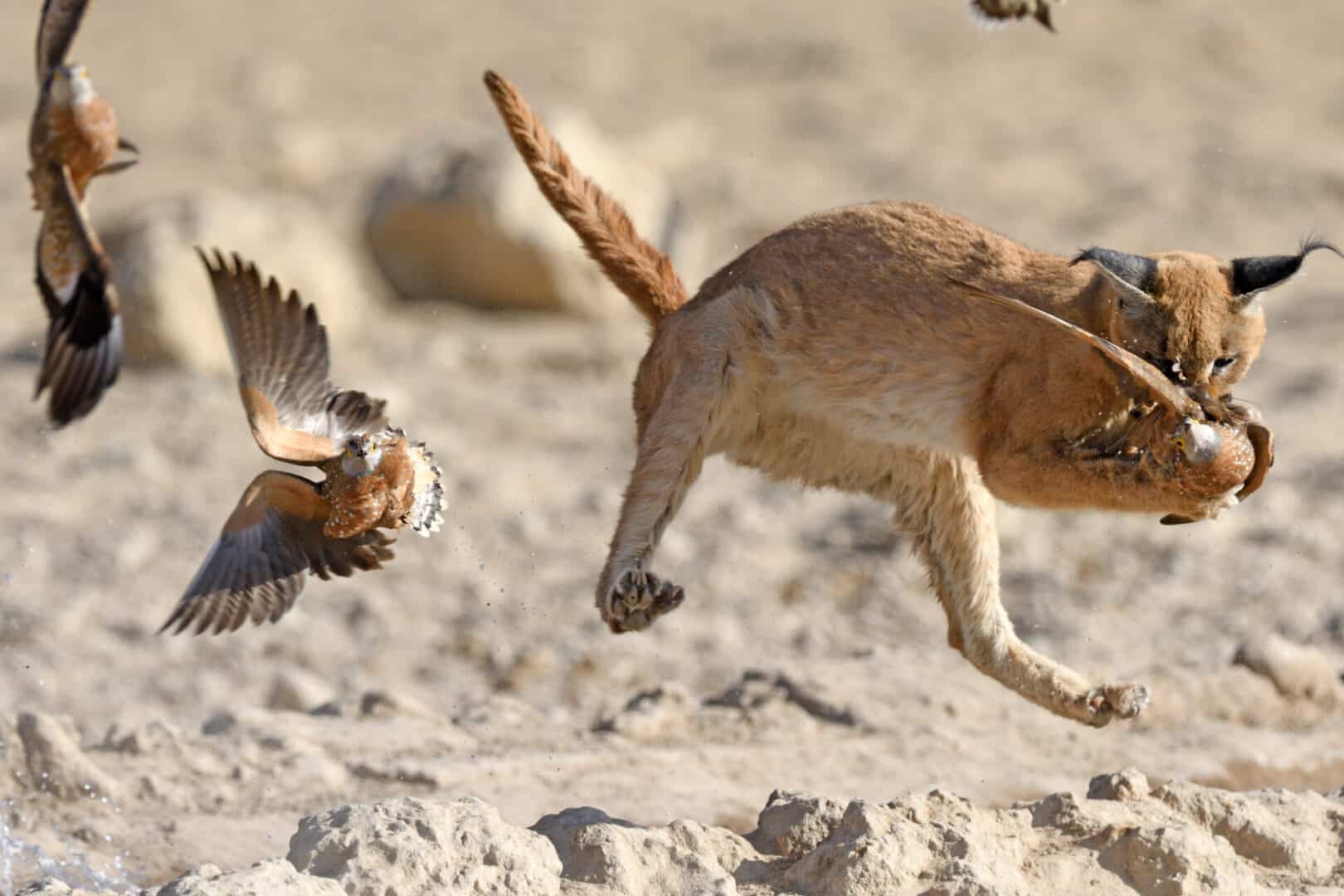 These cats may not be as big as a tiger or as fast as a cheetah. But, Caracals sure know how to hunt.

The Caracal has a lean and elegant body, with incredibly powerful hind legs. These legs help propel a Caracal high enough to scoop birds, monkeys, and other sorts of animals out of trees. Sometimes, Caracals will straight-up catch their prey in midair.

What also helps a Caracal hunt are its paws. Since many Caracals reside in very hot environments, their bodies have adapted to the heat of the ground. Caracals have footpads fortified with stiff fur, protecting their paws from hot surfaces. Even better, their paws make little to no noise, helping Caracals sneakily prey on their future dinner, as they blend into the desert with their sandy-colored fur… 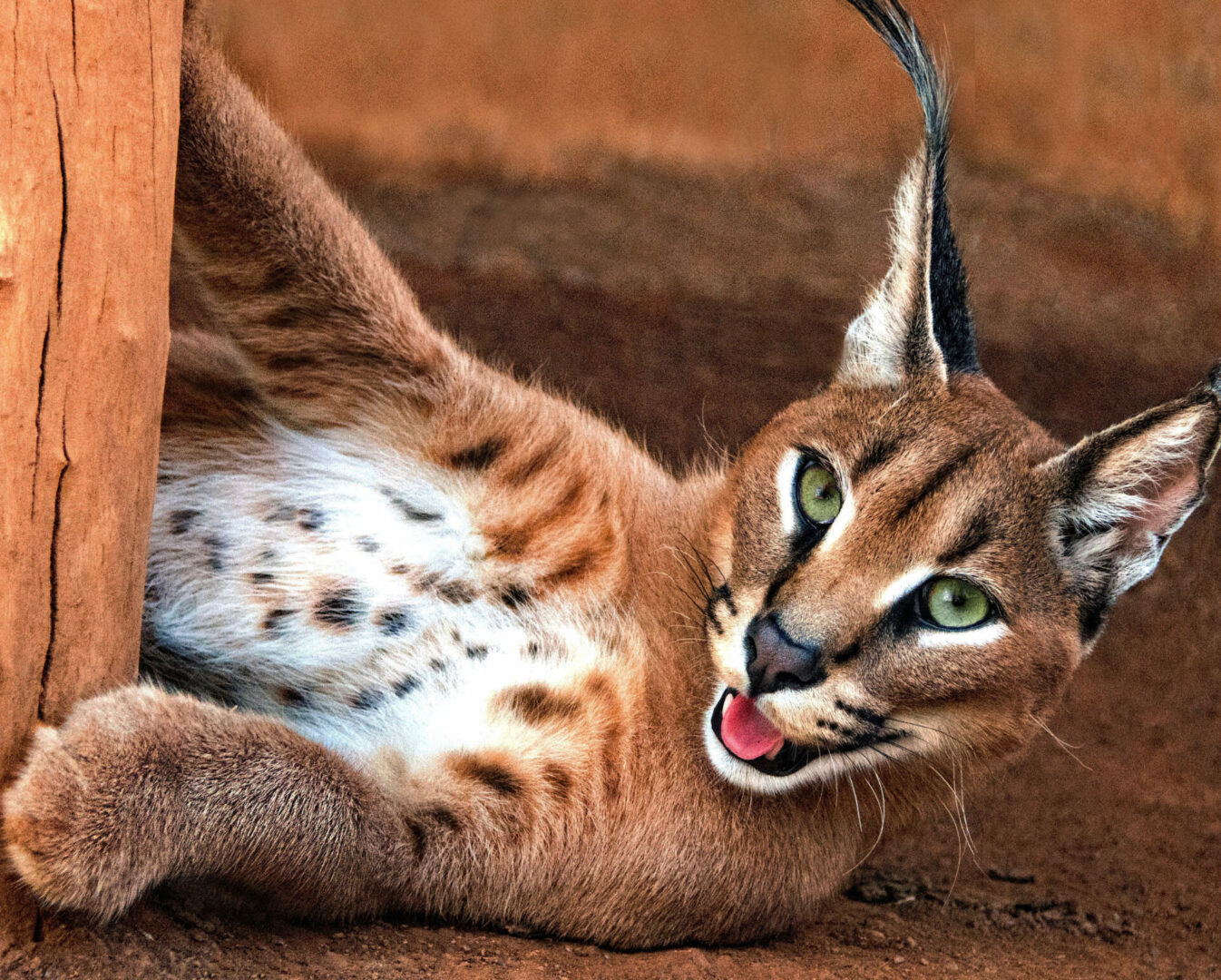 And, these cats are 100 percent nocturnal

Most cats usually aren’t nocturnal – they’re crepuscular. This means that they hunt at twilight (or at dawn and dusk.) The extreme temperatures that Caracals often face pretty much force these cats to be nocturnal. The night is the most optimal time for Caracals to hunt, roaming miles in search of food.

You can see a caracal in the daytime, but it is still quite rare. Also, would you want to be outside in 100 plus-degree heat? Probably not.

The Caracal prefers to be alone

This seems to be a trend with our big cat friends. Caracals, like tigers, lynx, and many other wild cats, really prefer a solitary lifestyle. Caracals only get together during mating season. Caracal babies stay with their mammas for around a year, which is around the time that a Caracal reaches sexual maturity and is ready to roam on their own.

Fun fact: Caracals can live anywhere from 15 to 18 years in captivity or 10 to 12 years in the wild! 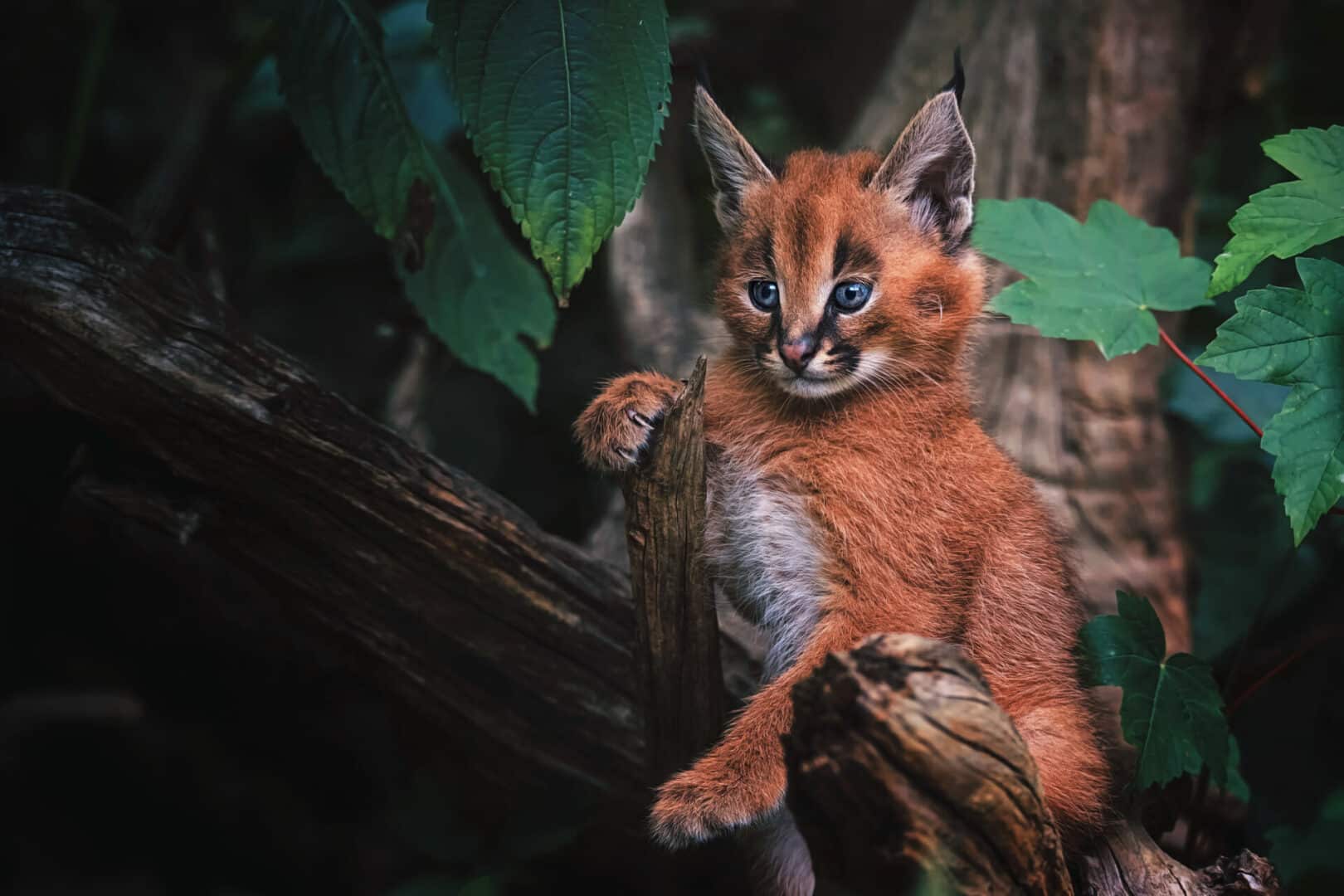 No one knows how many Caracals actually exist…

Caracals are pretty mysterious felines. They live very low-key lives in isolated places. This makes tracking Caracals exceptionally difficult. In fact, there isn’t a definite number of how many Caracals exist in the wild.

Have you ever seen a Caracal? Or have a fun fact to share about one? We’d love for you to share – these big cats are truly extraordinary!

Why Does My Cat Run Around The House At Night?