If there’s one thing about cats, it’s that they’ll never hide their looks of disapproval and utter disdain for our simple human antics. Cats are highly intelligent beings, and there are some cats who are simply not shy about showing others that they are the masters—and that humans are nothing more than humble servants.

For Simon—full name Mr. The Simon Fooswassa—he is not shy about showing how he feels at all times. I came across his photo online, and since I can’t get enough of cats with effortless cattitude, I reached out to his cat dad to see if I could feature him and his story on the site. Thankfully, he agreed, so everyone please meet the coolest and cattiest black cat you ever did meet! 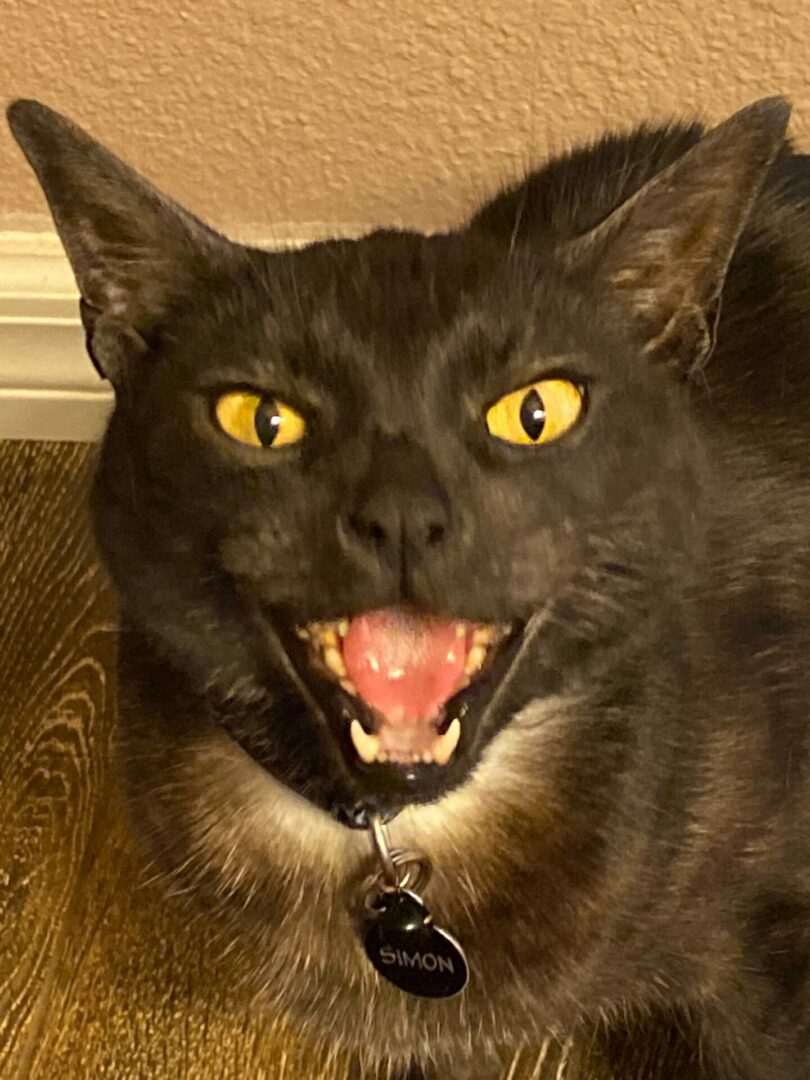 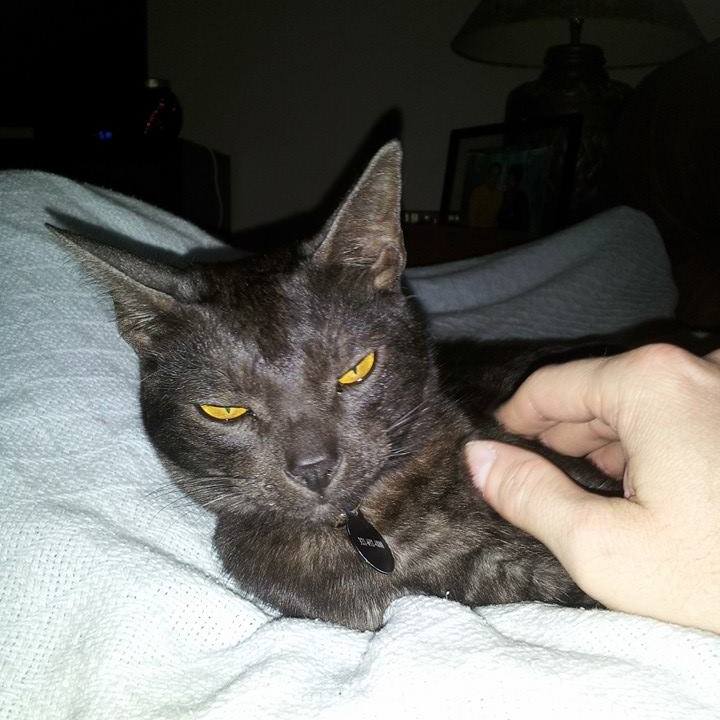 How did he come into your life?

My wife’s sister found him behind a sprinkler manufacturing plant’s building. Feral, abandoned, about two weeks old, and infected. His eyes were crusted shut and he was so weak he didn’t even meow and couldn’t move. About two months after we got him on antibiotics and stable, he did the urethra crystals thing. Three surgeries for that and a full PU later (and 12 grand) he finally is healthy.

His name “Mr. The Simon Fooswassa” kinda evolved. Simon was just the first thing that came to mind and then it expanded from there. 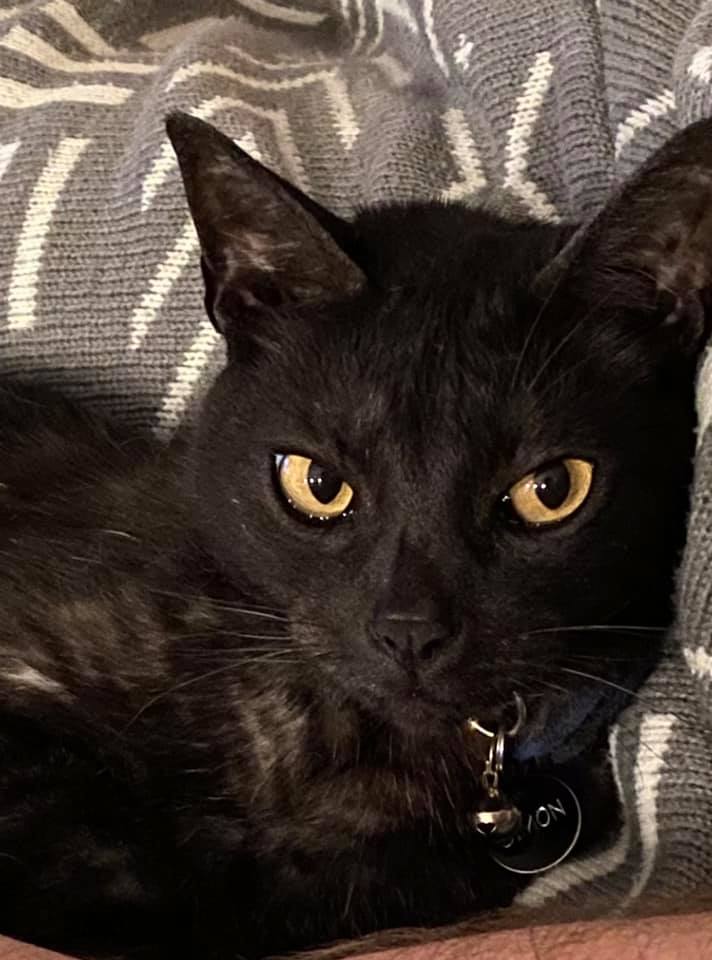 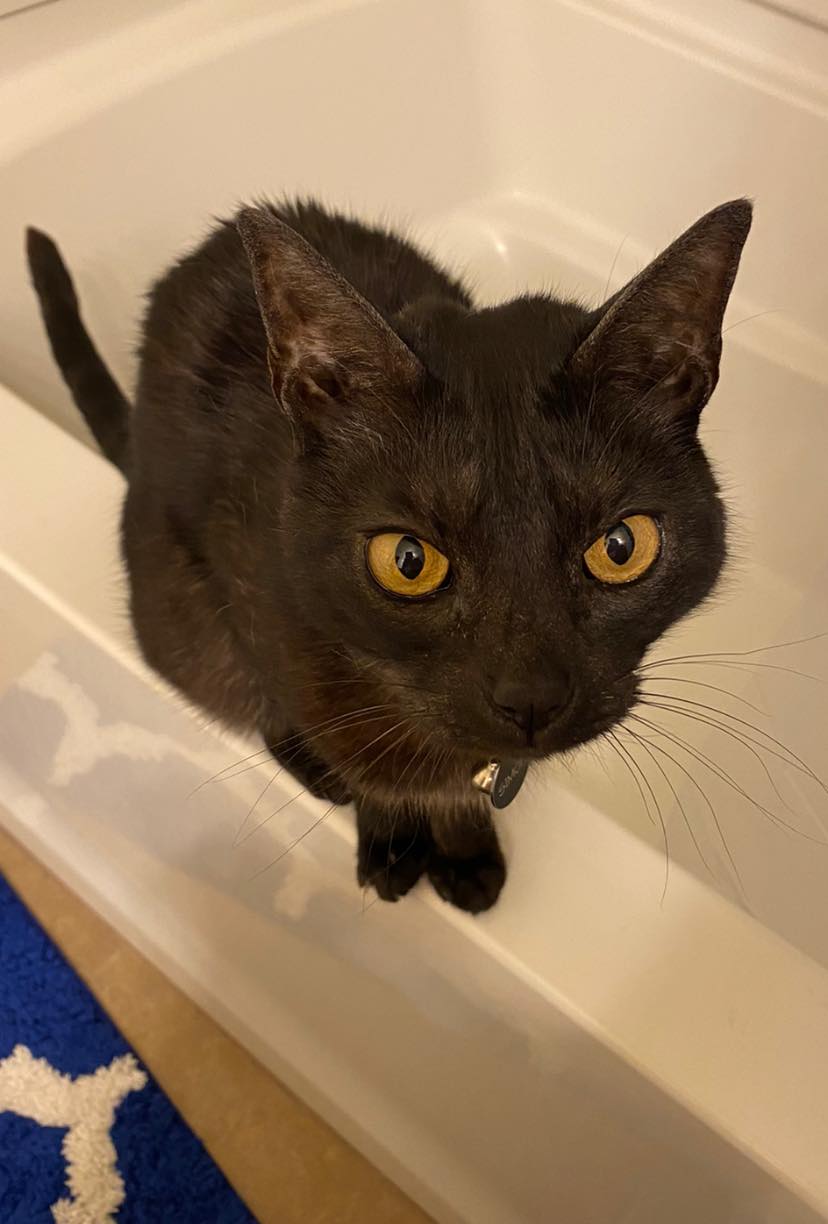 This cat has such a personality though, he gets lovey, crazy, angry, happy, and all combinations and he shows it. He likes playing fetch and stealing my pizza. 🙂 He falls off the back of the couch sometimes, and shakes but that could be from all the anesthesia he’s had at such a young age. He loves the ladies though, any time females come to the house, he is all purry and meows and all cutesy. If guys come, he doesn’t care, or gives them the death stare (the picture he’s attacking my hand, not me attacking him). 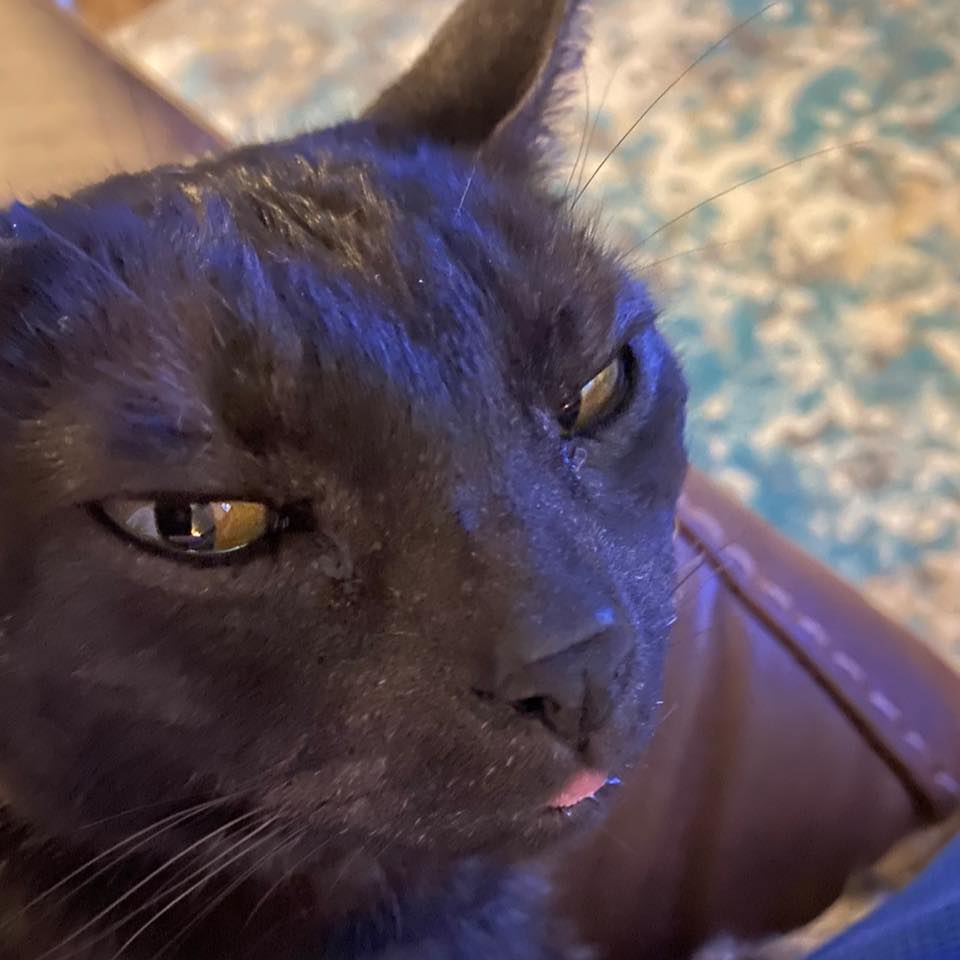 What’s something special you’d like people to know about him?

What would I want the world to know about him? Umm… I dunno, he’s an asshole. 🙂

All jokes aside, I’m super glad that Simon found such a kindhearted human to give him the happy ending that he truly deserves. Here’s to wishing him and his cat dad, Chris, a happy nine lives together—even with all those love bites and scratches. 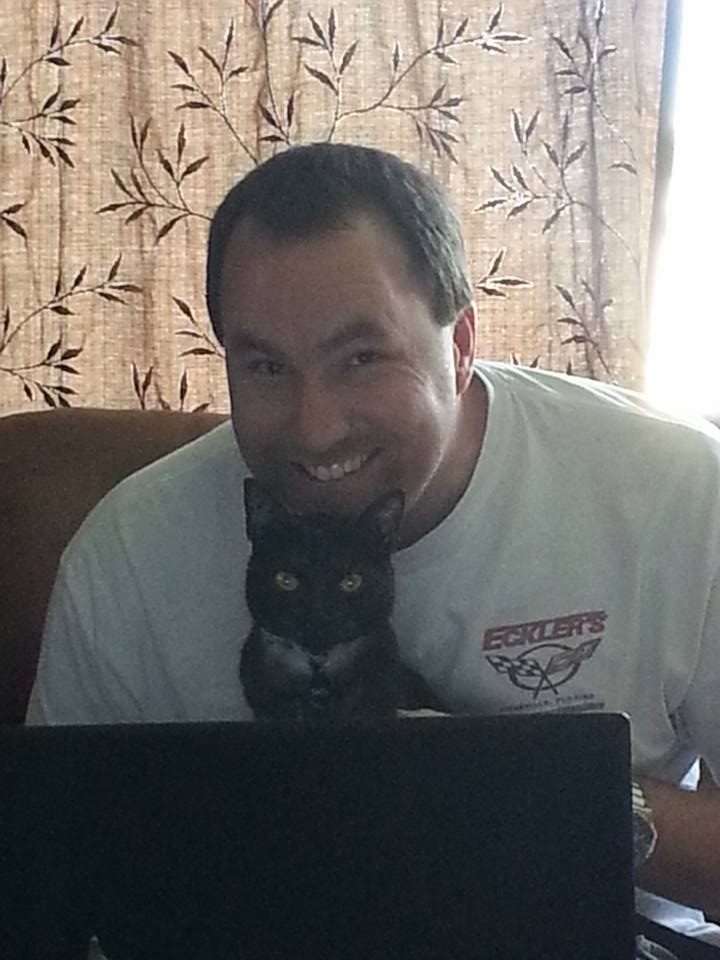 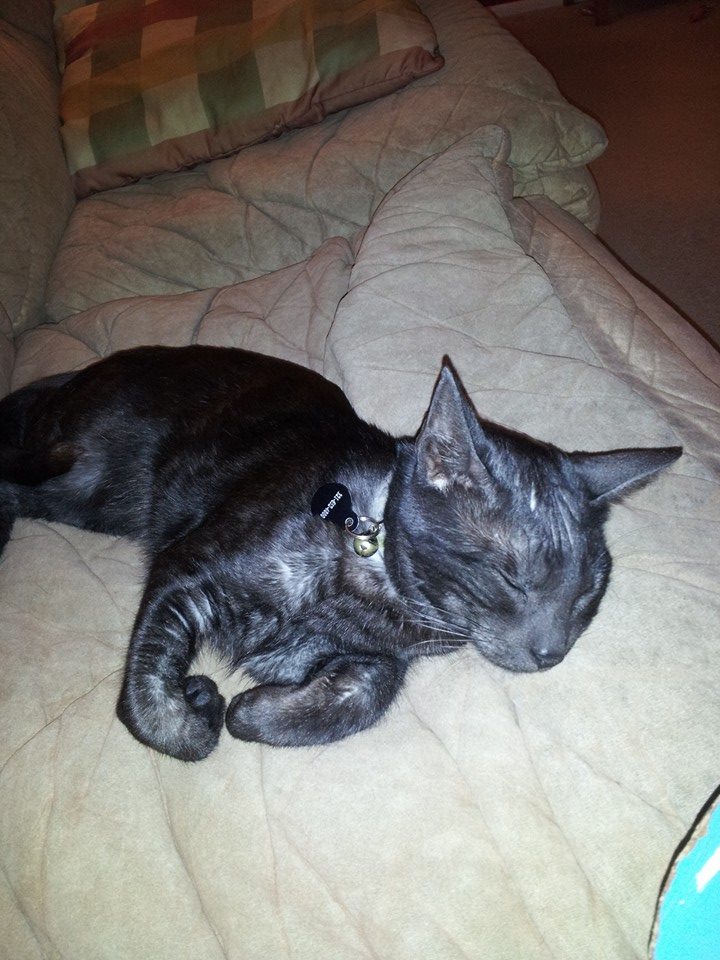