I’ve always wondered if it’s really true if cats have nine lives. It seems that there is often fate on their side in ways we cannot explain. For one tiny kitten, and I’m talking 3.4oz tiny, she somehow found herself in the middle of a road with no mama in sight. But for Xena, not only was she a little fighter even being that small, she had a hero who helped to bring her to safety.

A young boy named Hunter was with his grandpa, and the together they saw what they thought was a rock in the middle of the road near their home. But suddenly they realized that this was no rock at all—it was a teeny tiny kitten in desperate need of help. Hunter immediately sprung into action to spare this kitten’s life—a kitten so tiny she still had her umbilical cord attached to her body. Every two hours Hunter was sure to feed her to keep her alive until his friend’s mother, Autumn, was able to come and take in the kitten. So, not only is Hunter a hero for animals, he’s a boy with a heart of gold, too! 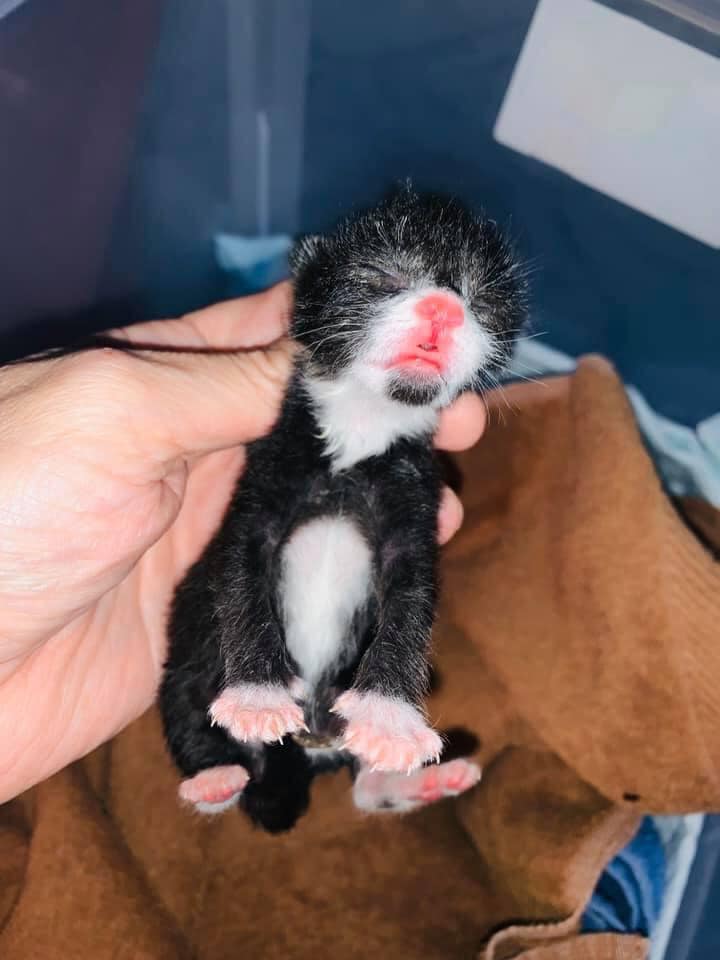 At 3.4oz, which is smaller than a D battery to put things into perspective, the chances of survival for this sweet little life were slim Autumn knew. But that didn’t stop her from giving this kitten exactly what she needed to survive. And survive she did! Keep reading to learn all about Xena, a warrior princess of a kitten who has flourished and is now thriving and showing off her spicy side!

1. How did Xena come into your life?

On August 31st a sweet little boy, Hunter, saw something small moving down on the road below his grandparent’s house. His grandpa took him and his brother to investigate and a teeny tiny little kitten was dragging herself along on the hot pavement. She was about the length of my finger, her eyes were closed, and her umbilical cord was still attached! She had a few scratches and her eyebrows were singed on one side. We believe her momma may have stashed her up under a car to hide and the car drove away with her in there, then she fell out onto the road). 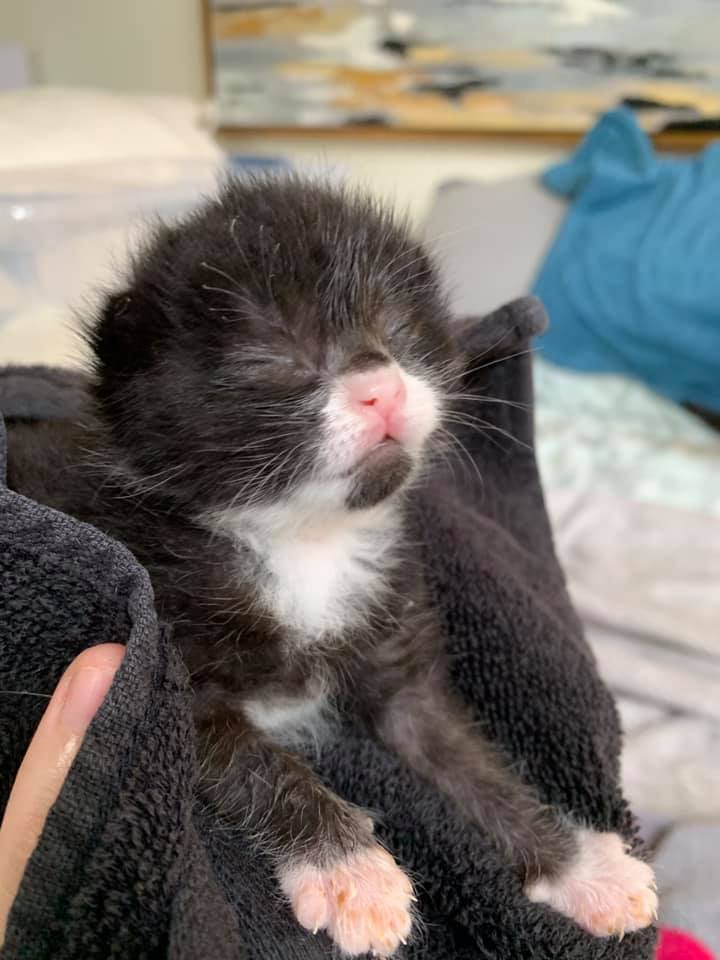 The family didn’t have kitten experience but they sprang into action and did a wonderful job caring for her, waking every two hours to feed and tend to her. I drove a couple of hours to Fairdale, WV and picked her up the following day. She weighed only 3.4oz! I reached out to Dream Away Cat Rescue on my way back and made arrangements to meet with Tiffany Mason (their neonate extraordinaire). She gave me supplies and a crash course on neonate care. I was terrified. I knew the odds for an orphan that young were not good. I don’t think I slept a wink that first night. But, soon enough we fell into a routine of me sleeping between her feedings.

SPICY! She had so much fight in her. From the day she was found she has been feisty and determined. I believe that’s what helped her survive. She is now nine weeks old, 2lbs and terrorizing the house with her razor sharp claws and fiery attitude. She bites and hisses then purrs a huge loud big girl purr. I suspect she will always be a handful. 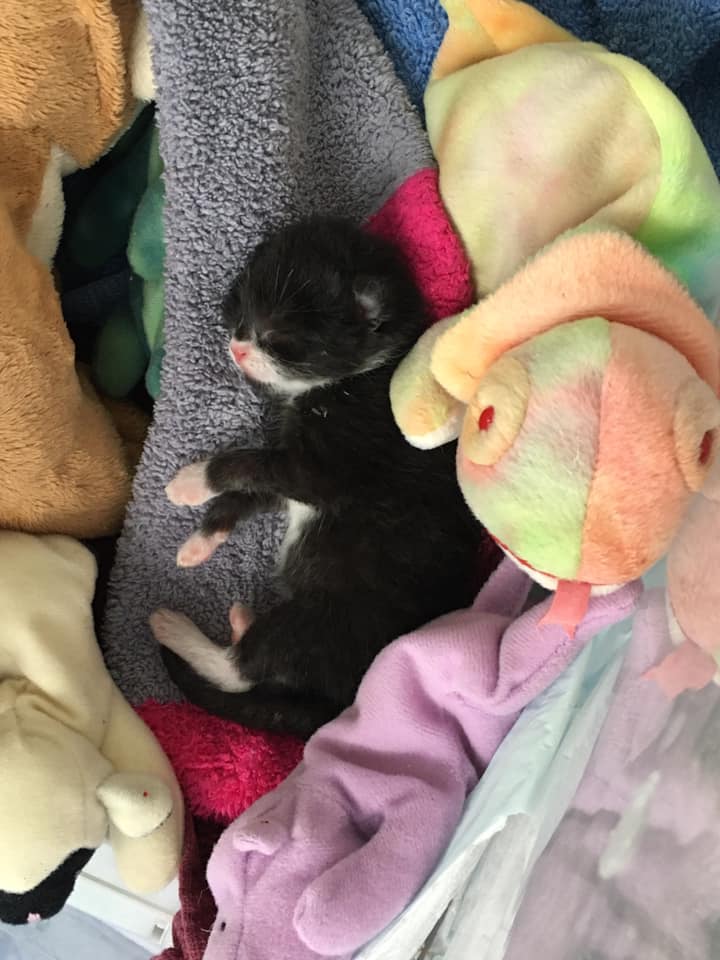 3. Do you have any fun nicknames for her?

She was a tiny little bean at first. But I always told her she was my Spicy Bean. She is actually named Xena (Warrior Princess). But we often call her Spicy Bean.

4. Does Xena have any cat or dog housemates?

She has four new feline housemates: Frosty (the lady of the house), Manny, and Erby. Erby is a former tomcat feral that was just trapped in January. He was my biggest concern bringing the little bean home. I was terrified he would think she was some type of prey and attack her. Instead I usually have to stop Xena from trying to nurse from him … and he lets her!

5. What’s something special you’d like people to know about little Xena?

Xena is SPOILED and so loved! She was never alone for the first five weeks of her life. So she learned that it’s Xena’s world and we are all just living in it. She went everywhere with me. Work, errands, she even went grocery shopping in a baby sling. She also has her own Facebook page so friends can follow along with her journey. 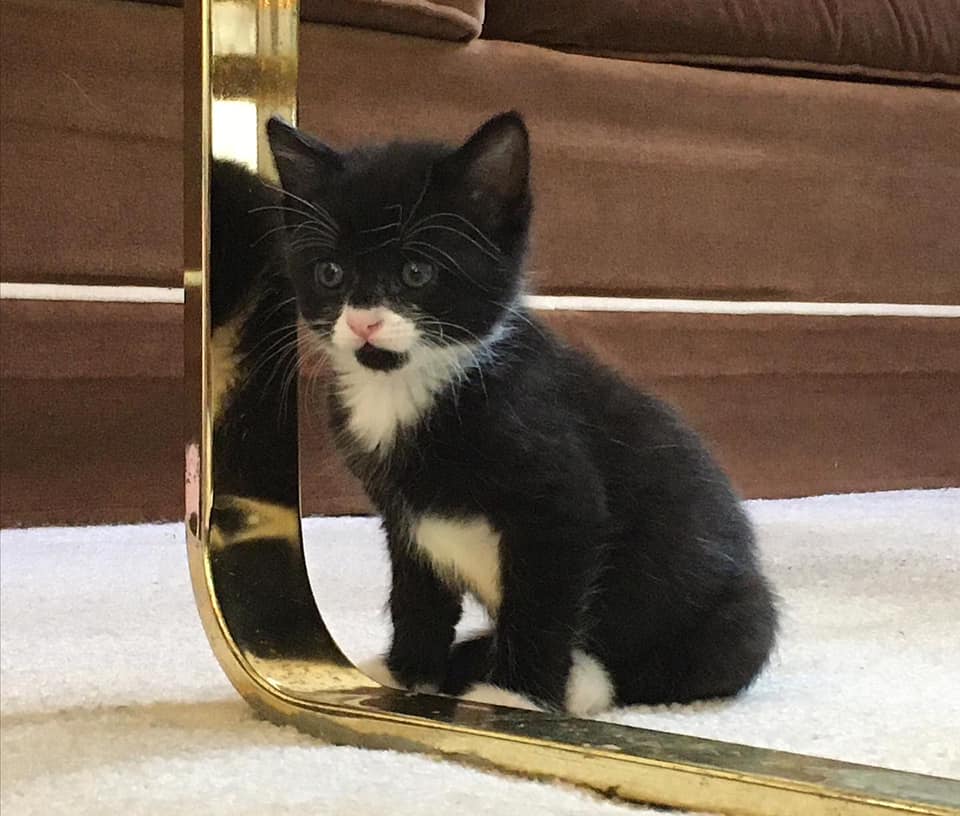 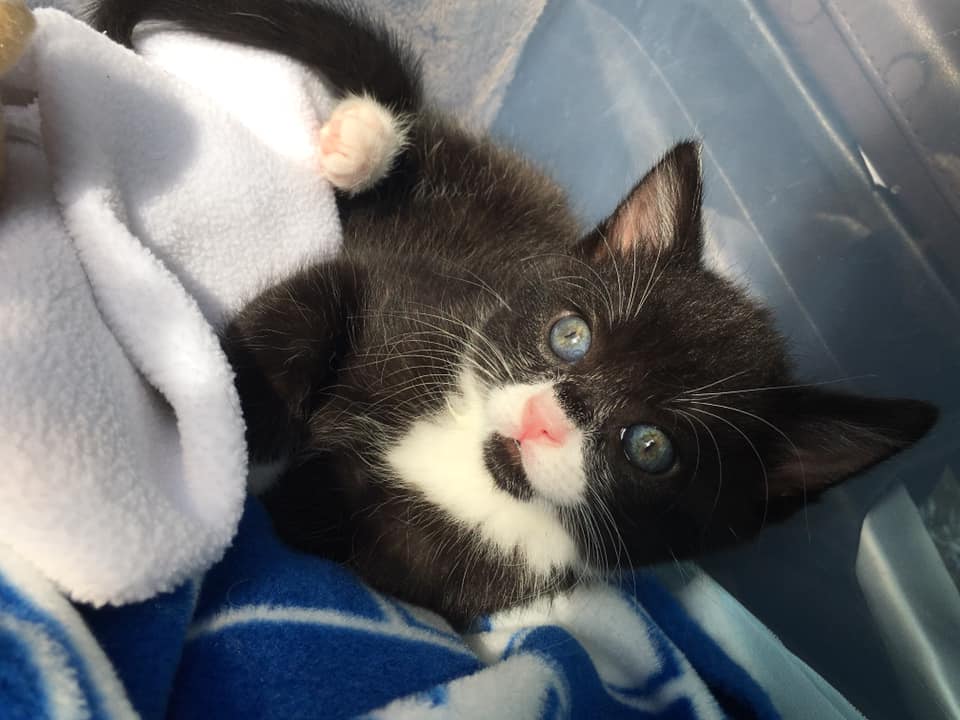 Can’t get enough of this little hot tamale? Me neither! Keep up with her adventures and watch her blossom into a beautiful cat by following her on Facebook here. I’d like to give a special “thank you” to both Hunter for being a hero for the feline kind, and to Autumn Price for allowing me to share her story and precious photos with all of the Cattitude Daily readers. You are one adorable warrior princess and miss thang, sweet Xena! 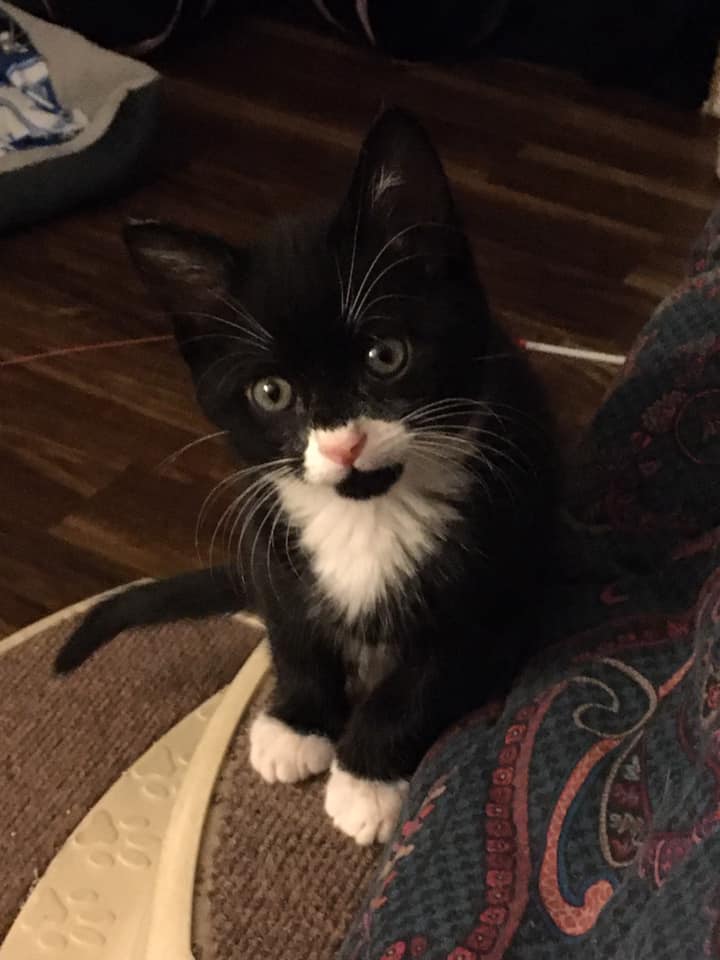 All Images Courtesy of The Spicy Bean on Facebook