Feline 411: All About The Werewolf Cat AKA Lykoi

If you clicked onto this article, you’re likely already wondering what the heck kind of cat this is and if your eyes are playing tricks on you. Also known as a Lykoi, this is a breed of cat which is mostly hairless and naturally occuring. The name itself “Lykoi” roughly translates to “werewolf” in Greek.

You may have heard of these werewolf cats before, but if not, keep reading to learn all about these always ready for Halloween unique felines… 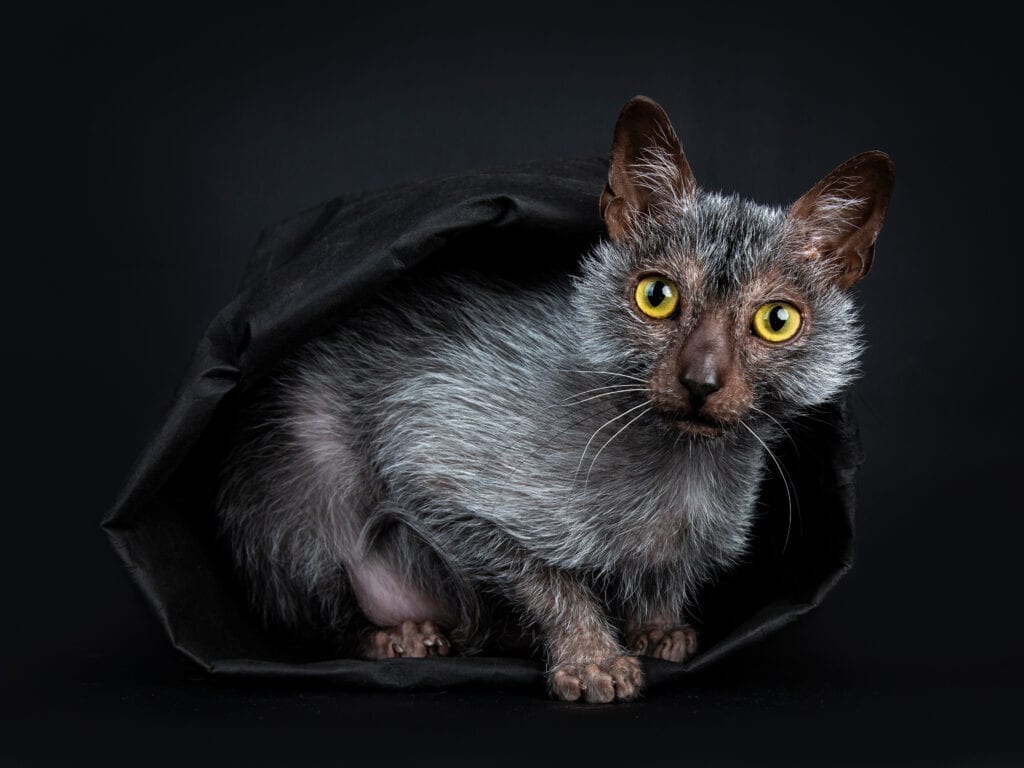 Not a Sphynx of Rex cat of any sort

These cats do have hair, although it’s not evenly distributed over their bodies like your average cat. And they also lack an undercoat which most cats have. They are what is known as “partially haired” cats. Although you might think that they’d share some DNA with a hairless cat, or a cat with fine hair like one of the curly-haired Rex breeds, they do not. A Sphynx cat is completely hairless aside from soft peach fuzz covering their body, while the Rex cat breeds have baby soft fine fur with waves all over their slender frames.

The Lykoi cat has many areas of their body which is absent of fur, particularly around their face, feet, and undercarriage. This face mask is a signature look of the breed and easy to identify. This is what definitely earned them their nickname, in addition to their glowing eyes.

The variations of color in their coat, which ranges from solid to amelanistic hair, gives off a spooky vibe that can definitely turn heads. 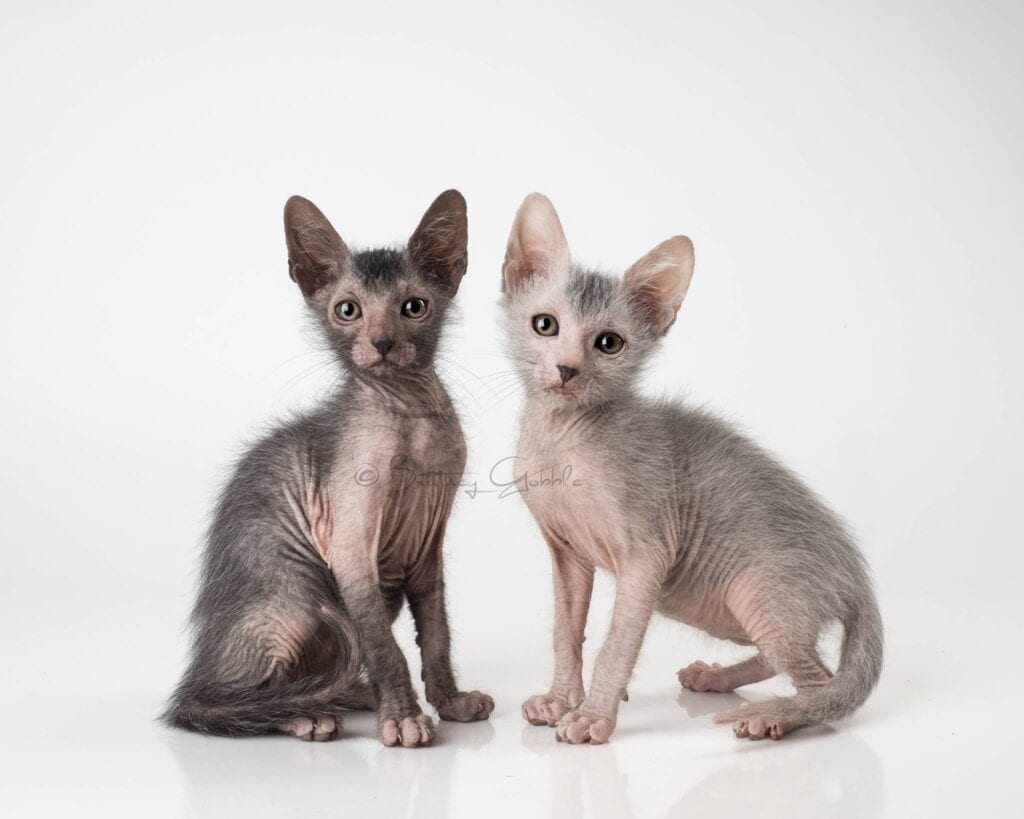 Each of these werewolf cats are truly individuals, with some having varying amounts of fur. And this isn’t a designer breed nor does it share any DNA with a wildcat of any kind. The cats were actually bred after their breeder took notice of partial hairlessness feral colonies of cats.

This recessive trait has since produced similar looking offspring, and other people outside the US have widened the gene pool by creating these werewolf looking cats on their own. 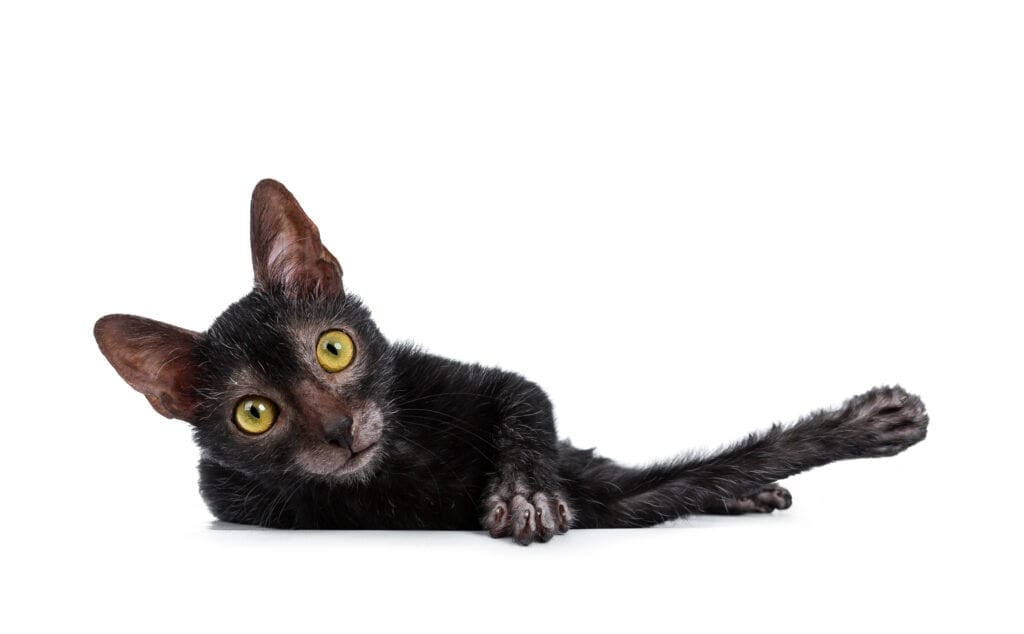 Around 2010, these werewolf cats starting popping up in America

A veterinarian out of Tennessee named Johnny Gobble is responsible for the creation of this truly unique cat breed. He and his wife have been successfully breeding these cats for over a decade, and more than 70% of today’s Lykoi cats come as a direct result of the work he and his wife, Brittany, have done.

When the Lykoi cats were first revealed to the world, they were black/gray in color. Now, the Gobbles have successfully produced a nice variety of healthy werewolf cats in various dazzling shades. If you happen to know anything about horses, then perhaps you’d compare their coat to that of a roan horse.

According to the Gobble couple, these cats will “molt” two times per year and during those times look almost completely bald. 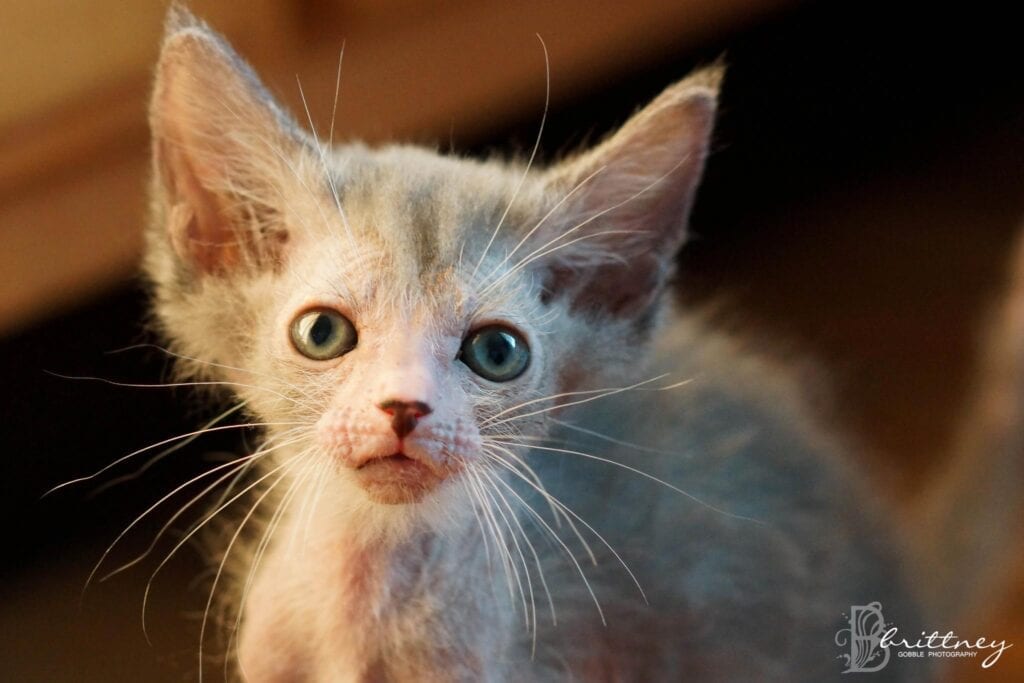 Witchy personality for a witchy cat!

These cats are quite active, but that shouldn’t come as much of a surprise when you think about their semi-wild roots. While any cat can be affectionate or clingy, the Lykoi is said to have retained much of their feral cat DNA and prefer to be active and less affectionate when compared to your average domestic feline.

Gobble even told Live Science that these cats act much more like dogs than they do cats. Saying that, “they do act like dogs in many [ways], though they are still cats.”

He also suggested that they behave much more like a pack of pups than they would a clowder of cats. So, maybe they’re channeling their inner wolf?

On top of their desire to keep active, it’s said that these cats have a prey drive like no other. So, this is definitely a wild kitty that you want to keep strictly indoors as not to give them too much temptation. The wildlife in your area will thank you for it, too.