Many cats have beautiful markings, whether it’s stripes, swirls, or patches. But for tuxedo cats, they’re loved by many for the fancy “attire” they wear. For one tuxedo cat appropriately named Bangs, she has some unique markings that make her look as if she’s sporting freshly trimmed fringe. I reached out to her owner after seeing her adorable photos on my Tuxedo Cat Lovers group on Facebook, and I think that you’ll love her looking at her just as much as I do. 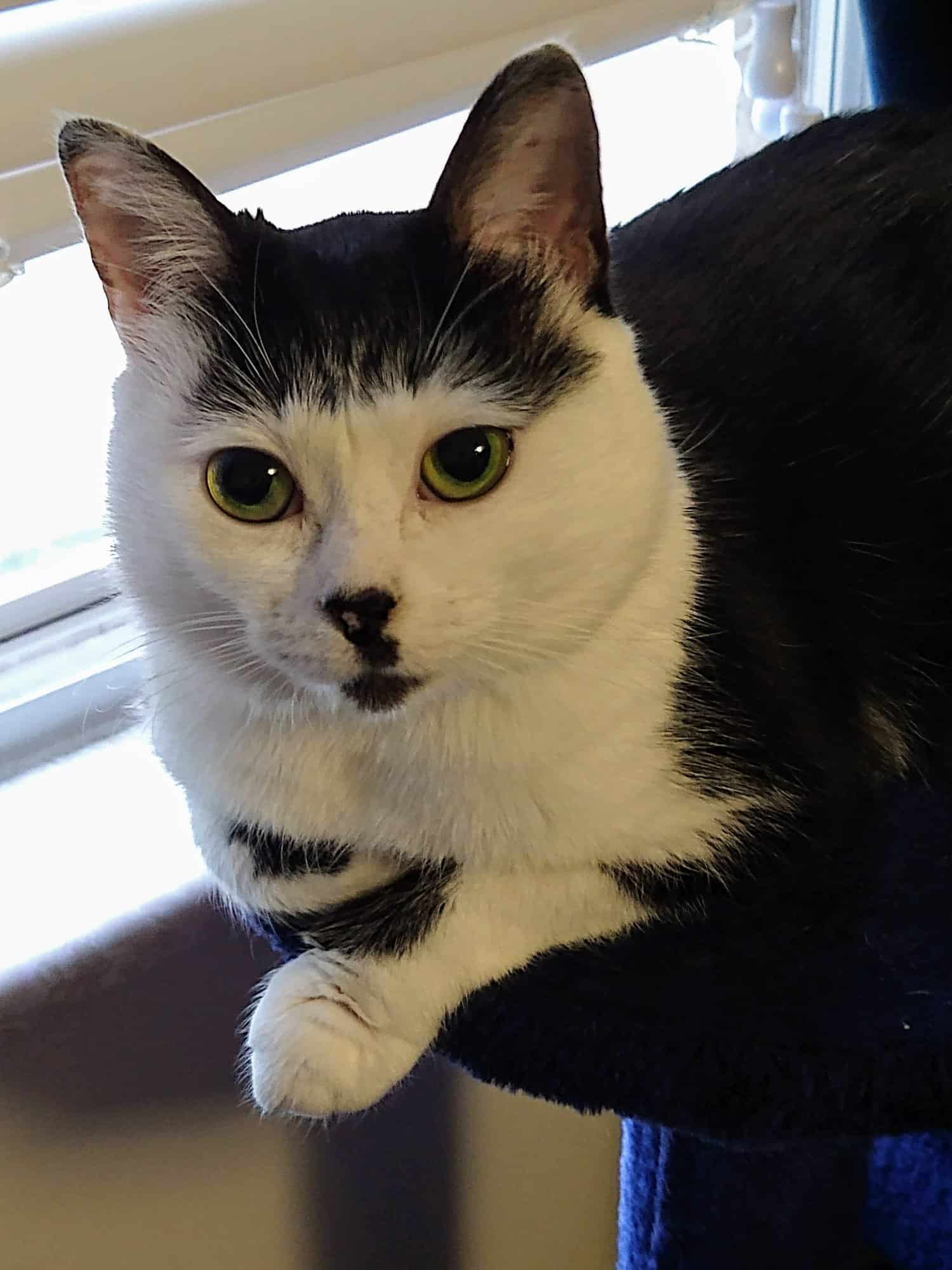 How did Bangs come into your life?

“She came into my life in October of last year, I had just moved into my first apartment and wanted to have my own cat since living alone was getting lonely. I started looking for cats on Petfinder and found her picture and even after looking at other cats, knew I had to see her. Something told me I had to at least meet her.”

“I was surprised she wasn’t picked up before I was able to get to her, but I’m glad she wasn’t.” 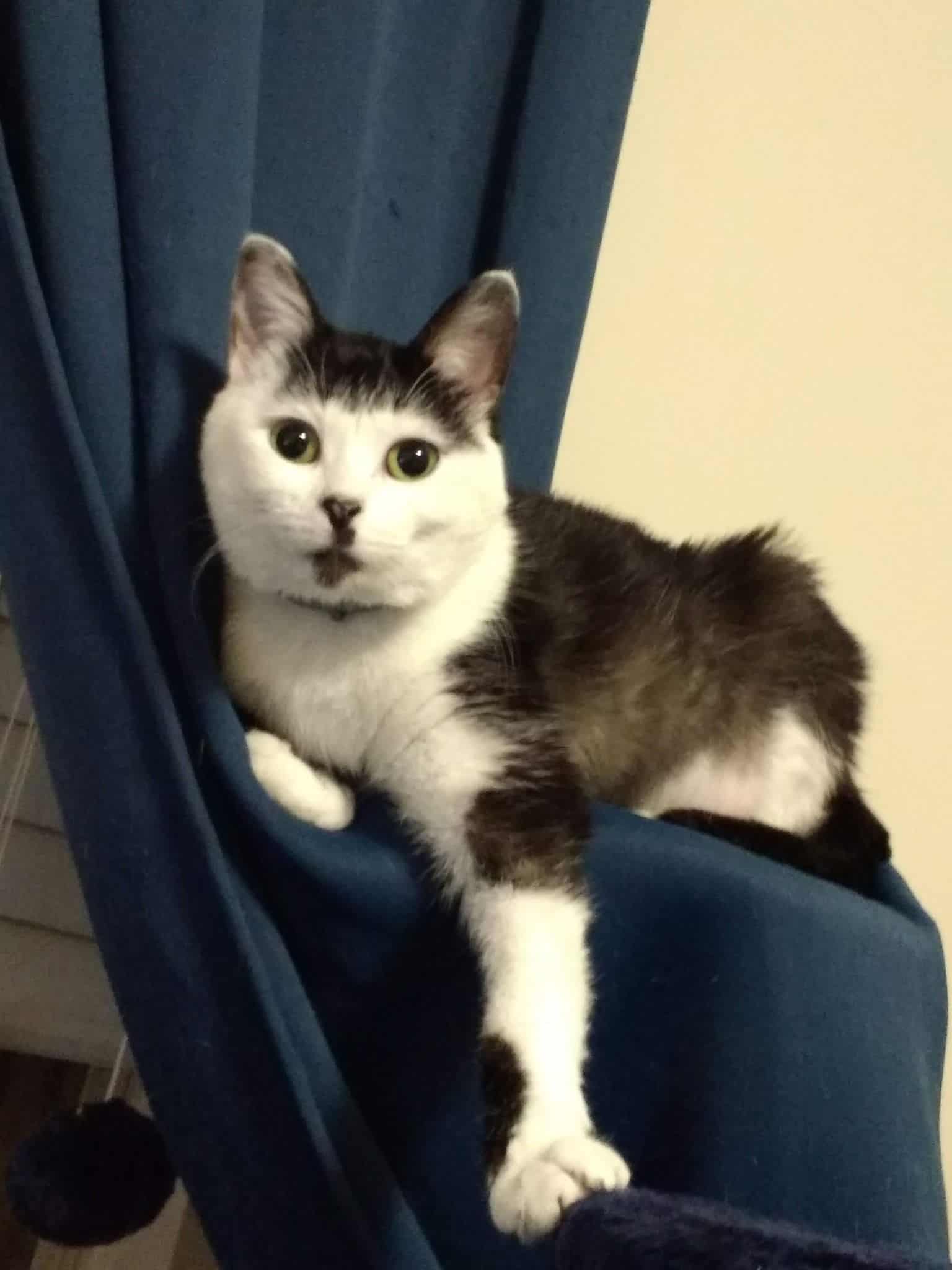 “When I first met her she did what she does with everybody which is try to sink into the floor and become invisible, the people who found her said the people who had her before didn’t have time to take care of her so I believe she was never properly socialized. I used a trick I saw Jackson Galaxy do which was let her sniff my glasses and within a few minutes she grabbed onto my arm. I couldn’t say “no” to her at that point.” 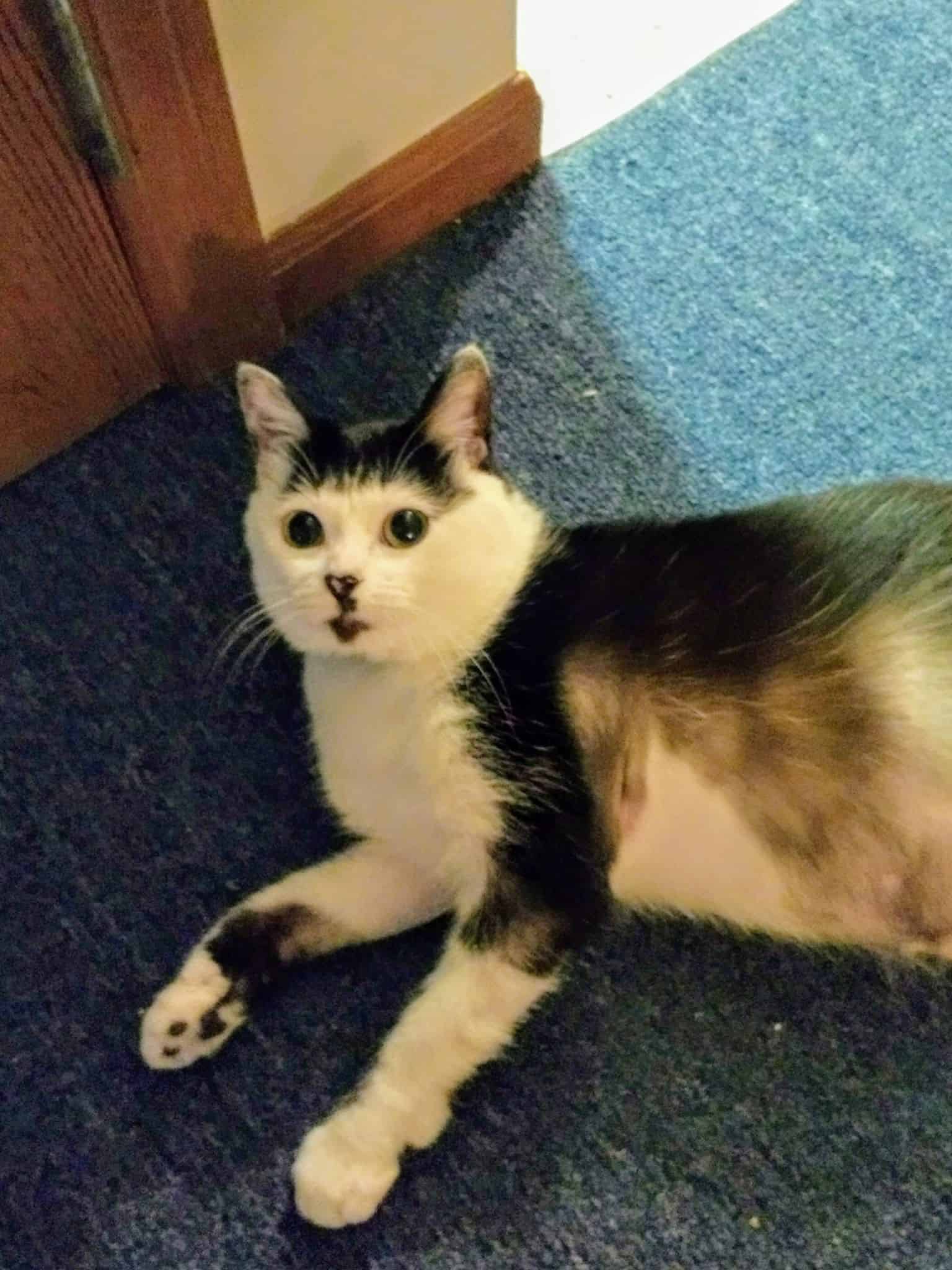 How is she adjusting to her forever home with you?

“She’s still very skittish and timid but she’s opened up with me quite a bit. She’s not the biggest cuddler but she shows love in unique ways. She likes to make sure she has at least one paw touching me when we go to sleep at night.”

Kris rescued Bangs from Paws and Prayers Pet Rescue in Ohio, and she has plans to help the shelter which works hard to help our animal friends in need. She is an author and intends to donate all of the proceeds from her first book to the shelter which helped to connect her with this special tuxedo cat. 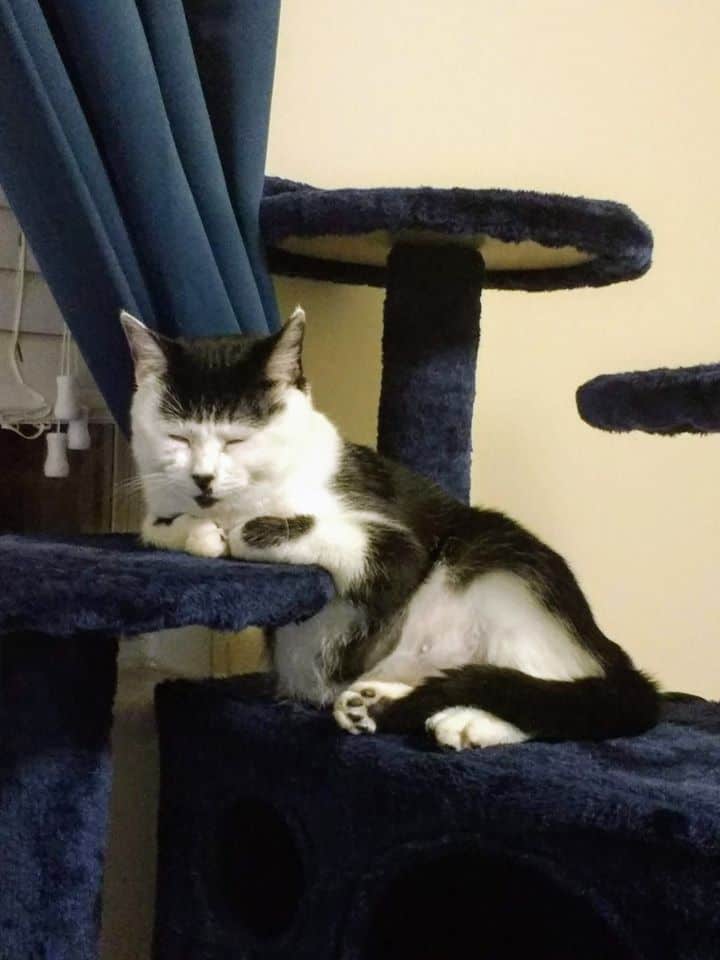 What is something special that you want people to know about Bangs?

“We rescued each other because I’m an author and I have Asperger’s and BDD, but getting Bangs has really helped me out of my shell. I’ll be donating my first book’s earnings to the shelter I got her from.”

I’d like to give a special thank you to Kris for allowing me to share Bang’s story, as well as her adorable images.Can’t get enough of this cutie? Keep up with Miss Bangs on Instagram! Sweet little Bangs is in the running for America’s Favorite Pet, so don’t forget to vote for her! (Vote here – it’s free!)

Her owner nominated her special kitty, saying that,

“When I saw Bangs’ pic on Petfinder, there was a comment that gave me the impression people didn’t like how different she looked. Having multiple disorders such as ASD & BDD, I know what it’s like to be different, so I adopted her. I quickly realized I was wrong as I shared her picture online. It turned out people absolutely loved her! She inspired me to embrace being different. We’d like to show people whether you’re a human or a cat being different can be beautiful.” 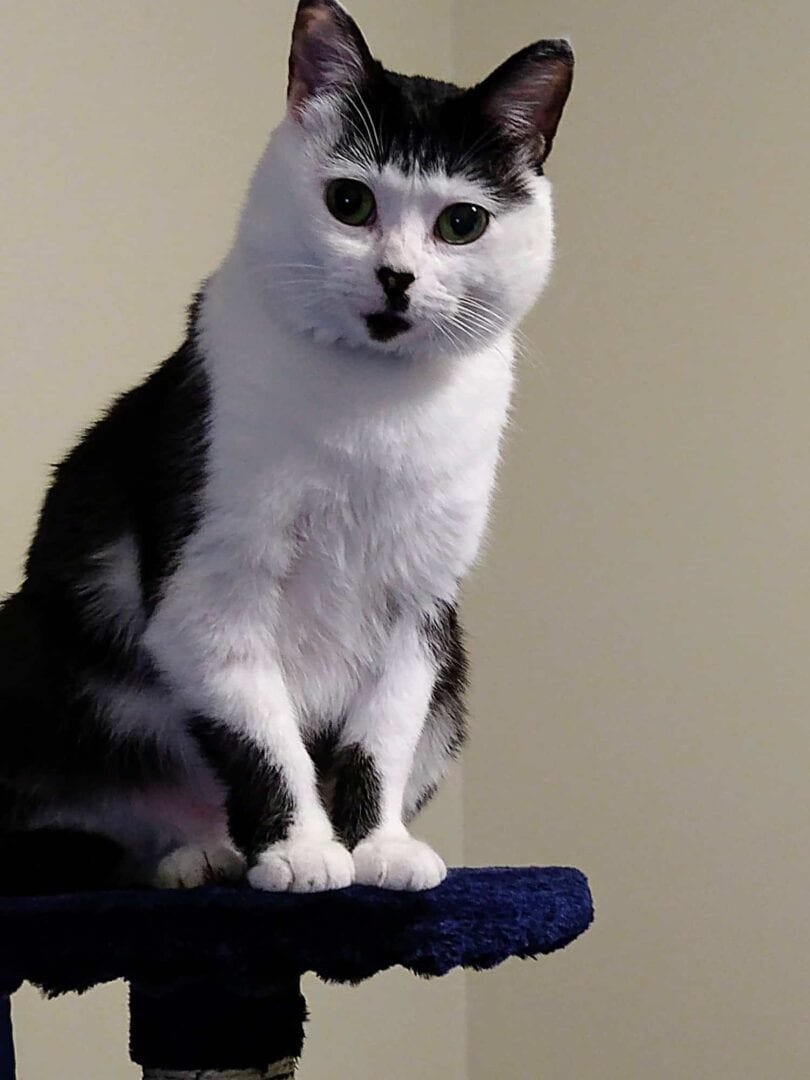 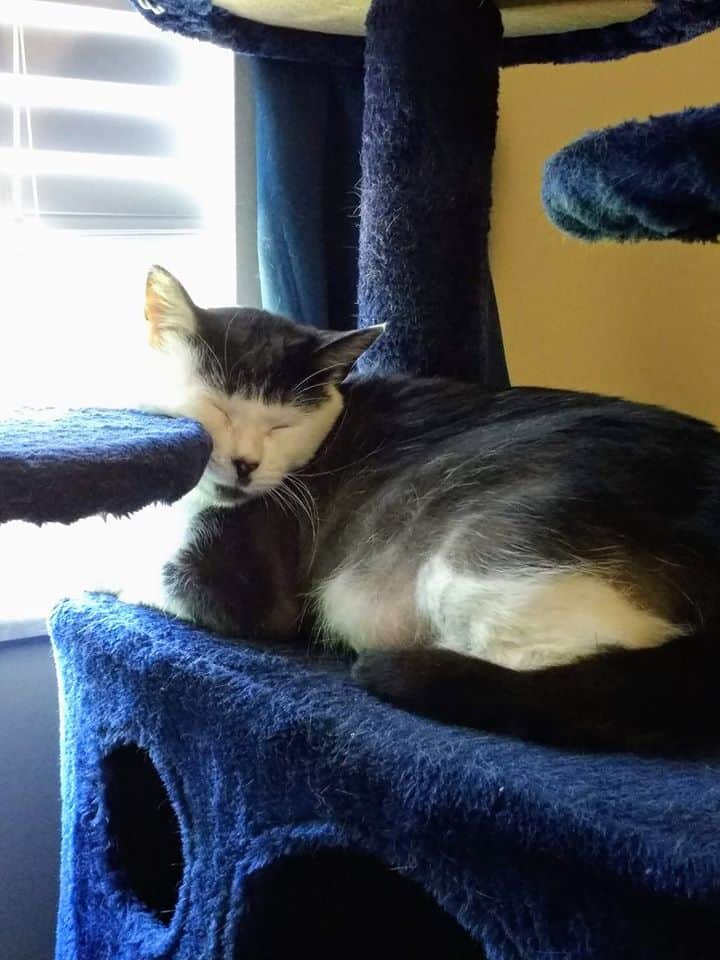 Know someone who would love to see Bangs? Share this article with them so they can enjoy her adorable photos, too. Be sure to check out her website, too!