MSPCA-Angell in Boston, MA received a very unique and fluffy intake of dozens of purebred Ragdoll cats this past week. And according to the shelter, it’s the largest single home surrender that they’ve seen in the past five years. 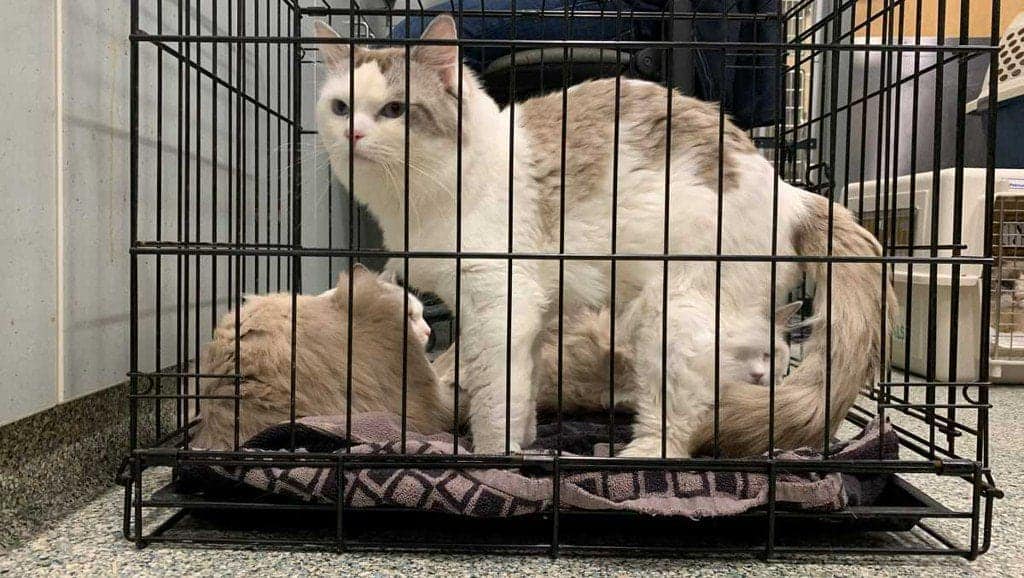 14 male and 31 female purebred Ragdoll cats ages ranging from 4 to 14 were voluntarily surrendered to the shelter by a cat breeder located in central Massachusetts.

The cats appear to be “friendly, social and highly adoptable” though nearly half will require extensive dental work, and three treatment for mammary tumors. The cats were living in “dirty and overcrowded” conditions, so it is clear that this new chapter of their lives will be much better.

Check out the newsclip courtesy of CBSN Boston News:

They are saying that rescue ragdolls are the best ragdolls, and it goes without saying that there will be high demand for these felines. Potential adopters are encouraged to come on down and meet these purebred Ragdolls in person.

The MSPCA’s Jamaica Plain animal shelter will house 23 of the cats and the rest will be available at Nevins Farm in Methuen.

Just look at some of these sweet faces! 😻😻 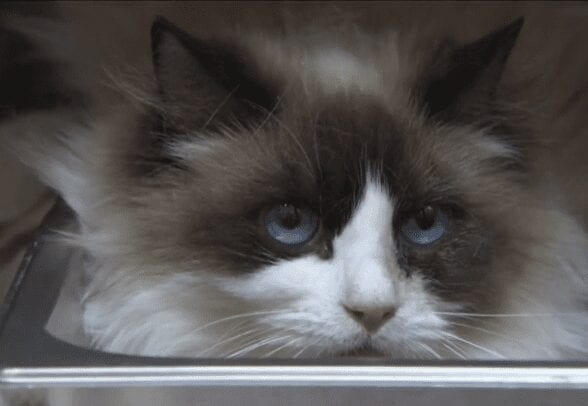 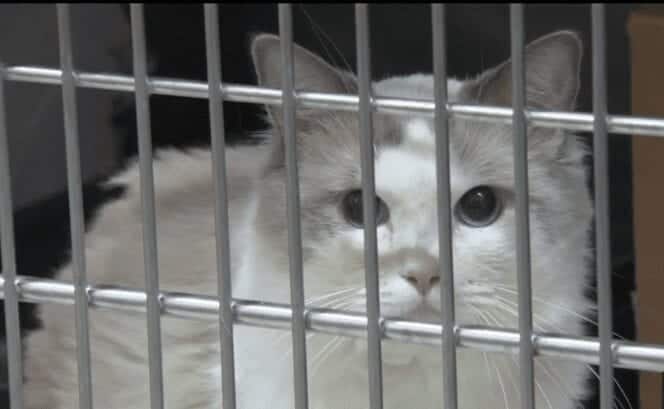 Mike Keiley, director of adoption centers and programs at the MSPCA-Angell, says in a statement released by the shelter:

“Thankfully, we’re here to help in these situations, and we’re committed to finding homes for every one of these cats—and that’s music to the ears of their former owner, who only wanted the best for them.”

“It’s almost unheard of for cats in these scenarios not to have serious health issues related to the conditions in which they are kept—but because these cats are healthy, and very friendly, we can start to move some of them into new homes right away.”

And as mentioned above, adopters are politely being asked to meet the cats in person. To read the official statement regarding the surrendered cats, you can do so here on their website. 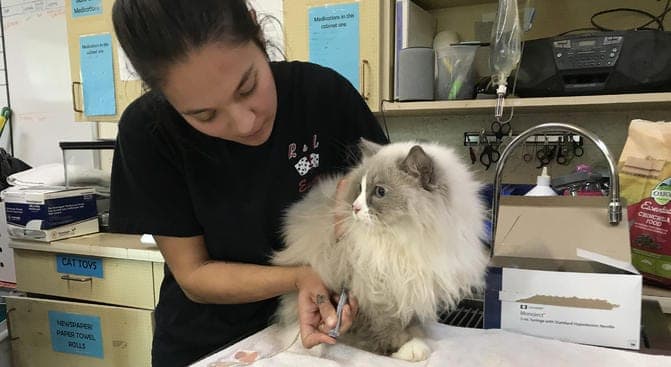 Something tells me that they lovely kitties that flop won’t be available for long. And we all hope that they get the furever home they deserve—for the simple price of an adoption fee and not thousands of dollars. Ragdolls are not commonly seen in shelters, so it’s exciting to know that one could be rescued by a person whose always dreamed of owning one but would never buy a cat.

We’re anticipating VERY high demand for the cats and we’re asking would-be adopters to come visit them in person – either at our Jamaica Plain adoption center or in Methuen at Nevins Farm. Hours/directions at https://t.co/jNTtyrwGjv! pic.twitter.com/QshCgeWNjn

Regarding the cats’ former owner, no charges are being pressed and she is allowed to home a small number of cats MSPCA-Angell reports.

If you’d to learn more about the MSPCA-Angell and all the amazing things they do for animals in need, you can visit their website here.