Kitten Gets Rescued By Deputies After Hitching Ride On Squad Car

A scared but thankfully unharmed kitten in Florida went for the ride of their life just this past Tuesday down in the sunny Florida Keys. Found in the rear axle of a Monroe County Sheriff’s Office patrol car, the kitten was freed and is now on their way to finding a forever home.

The Monroe County Sheriff’s Office shared the kitten’s plight on Facebook soon after, which turned out to be a rescue mission that was completely unexpected. When responding to calls of a kitten darting across the Seven Mile Bridge, the officers showed up on the scene ready to help. But, no kitten appeared to be in sight.

That is, until a few hours later when Officer Rodriguez’s patrol car appeared to be meowing. 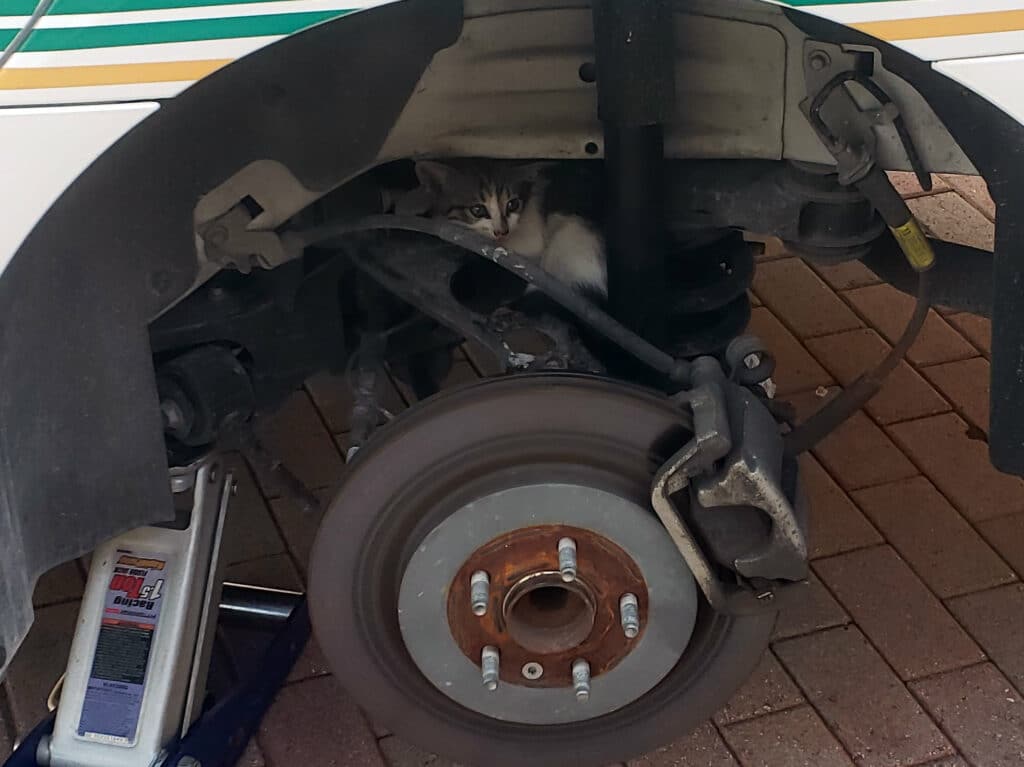 Purrfect outcome after Deputies save kitten 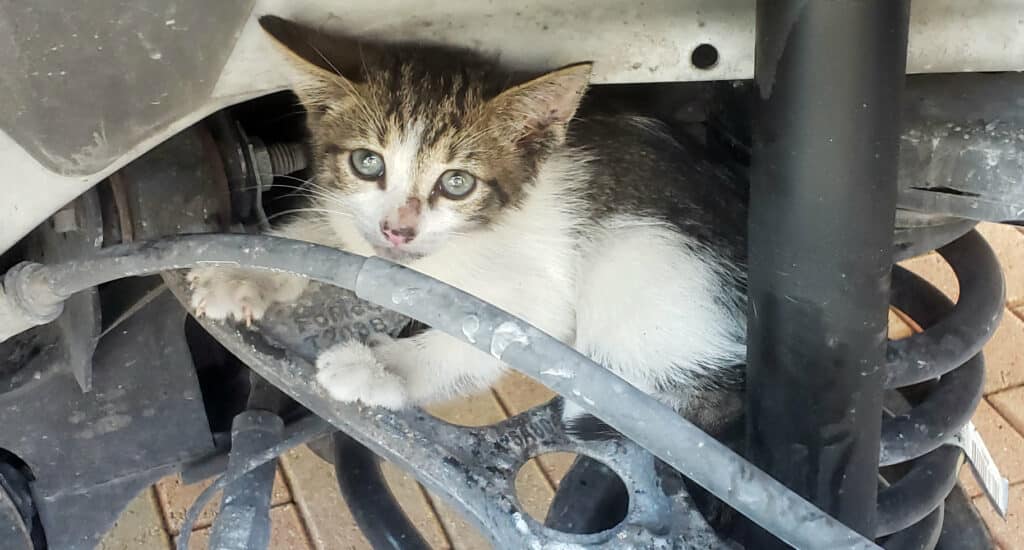 Hours later toward the end-of-shift, at approximately 6 p.m., Sgt. Joel Slough heard a cat meowing from under Deputy Rodriguez’s patrol car. After several minutes, Deputy Frank Westerband was able to obtain visual confirmation that the kitten was sitting on the rear axle.
The call went out throughout the Sheriff’s Office Marathon Substation as both day and night shift Deputies went to work trying to rescue the kitten. The Florida Keys Society for the Prevention of Cruelty to Animals was also called for assistance. Cat food was used in attempt to lure the scared kitten out of the vehicle, but no luck. Both rear tires were removed from the car as the kitten kept retreating to a small void between the rear axle and the fuel tank.
Finally, Animal Control Officer Aryel Del Cueto was able to safely remove the kitten.

The kitten — nicknamed “Pawcifer Lucky” — is now resting comfortably at the FKSPCA in Marathon.

Check out the news clip below courtesy of Miami CBS local news:

I’d like to give a special “thank you” to the brave men and women of the Monroe County Sheriff’s Office for helping out this little kitty in need. You’re all heroes in my book! Here’s to hoping that sweet Pawcifer Lucky finds a forever home fast! 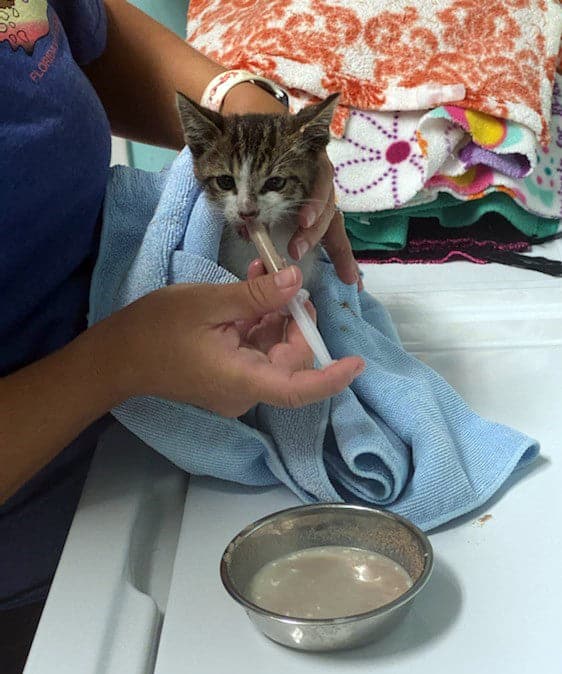 All Images Courtesy of MCSO – Florida Keys on Facebook