One of the most amazing things about cats is all that pretty fur that they have. Well, not all cats, there are some hairless ones as we know. But for the most part, all cats have really pretty coats. Whether it’s striped, solid, patched, ticked, or swirled, as cat lovers their fur calls out to us just begging to be stroked. For Juno the kitty out of New Jersey, he is a cat that has not only glorious fur, but a thought-provoking expression that makes you wonder if he is permanently mad. Cats are naturally gifted at looking as if they were put on earth to judge us simple humans, and Juno is a master of expression when it comes to that! 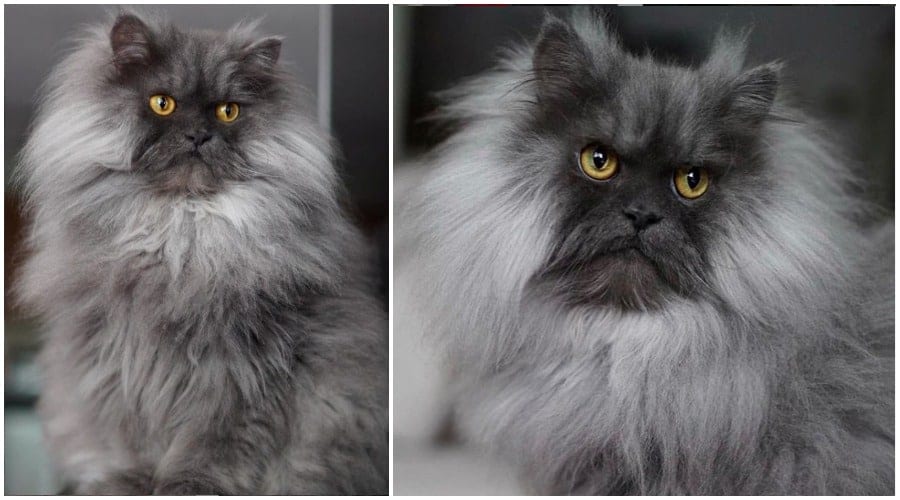 Juno rose to fame a few years ago after his human started sharing images of him online, and quickly he’s gained an impressive following—188k fans and steadily growing! Cat lovers admire him for his interesting appearance and all that majestic fluff floating around his large frame. 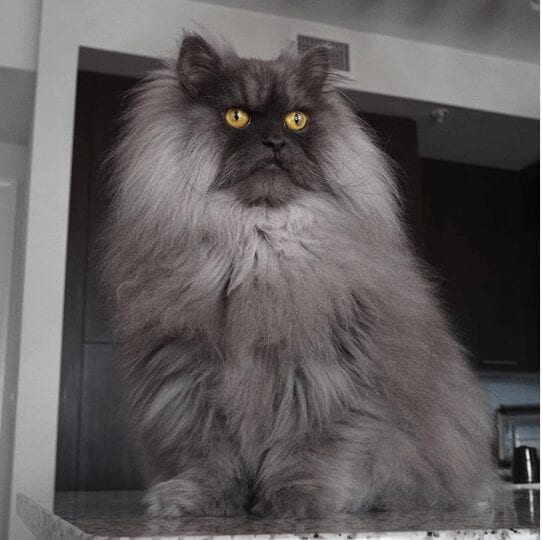 Juno’s Instagram bio is rather amusing, as it reads:

My breed is “mixed,” sorry to disappoint.
Judging everything since October 2012

As you can see, Juno has mastered the feline art of looking less than amused 24/7… 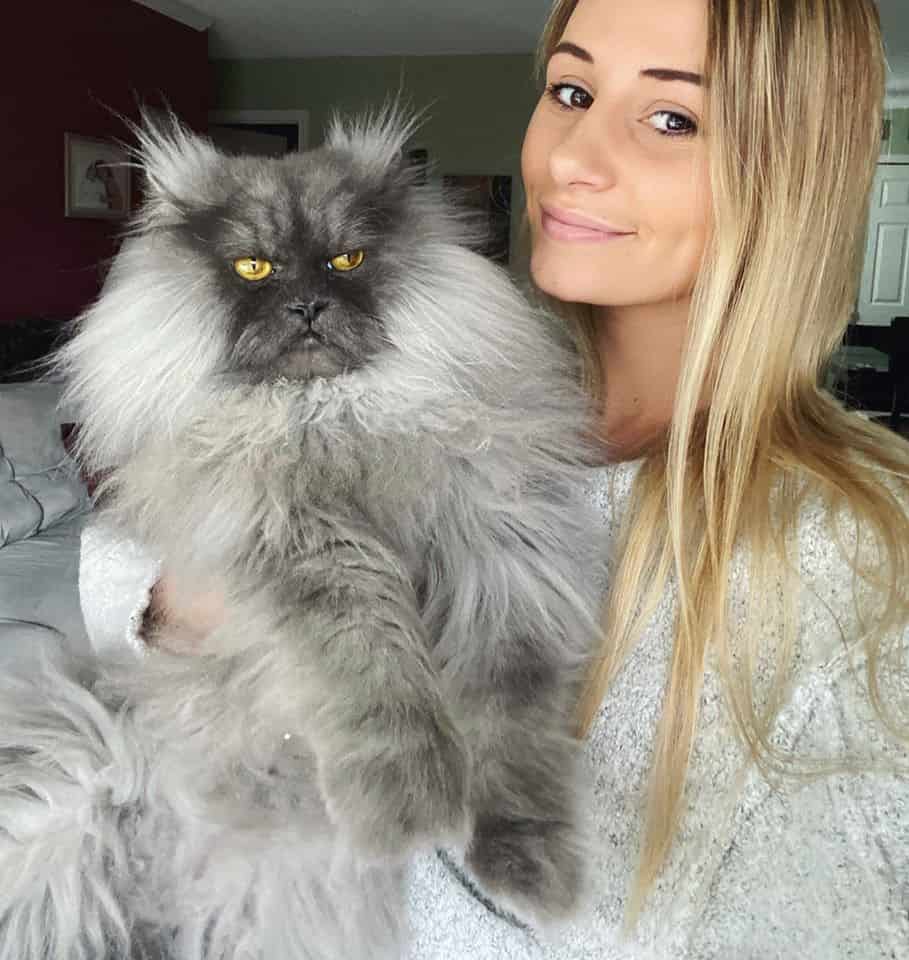 Juno with his devoted human servant 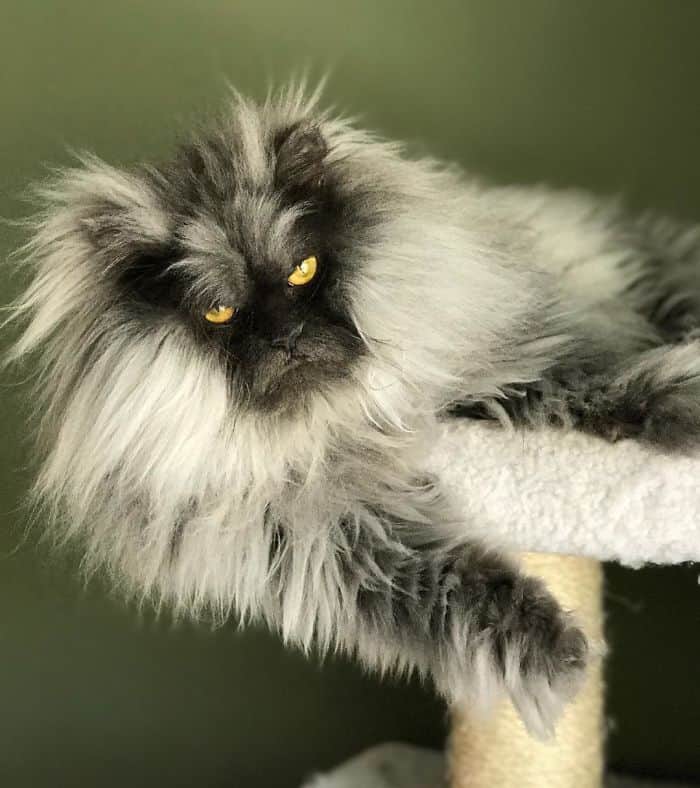 It seems that Juno and his human both have a sense of humor, and as you can see, Juno loves hamming it up for the camera. He’s no stranger to the spotlight, although he does have to share it with his cat brothers and sisters in his home. 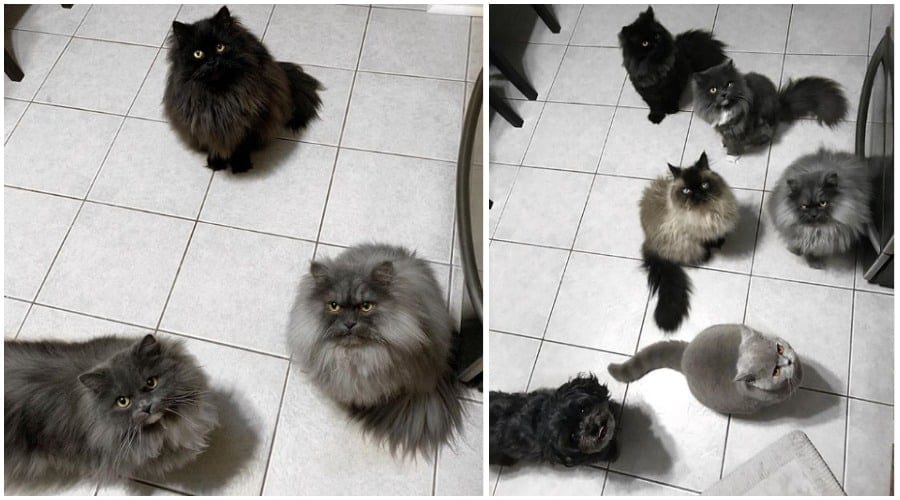 His breed origins are not entirely certain, and his owner proclaims that her kitty is “75% Himalayan, 25% Burmese, 100% Handsome.” We’d have to say that we agree!

I mean, just look at this face, tell me this kitty doesn’t totally own the “I’m not about to take your crap, human” face! Juno, you are a mood master, if only I could present myself so boldly to the world. I commend you, noble kitty… 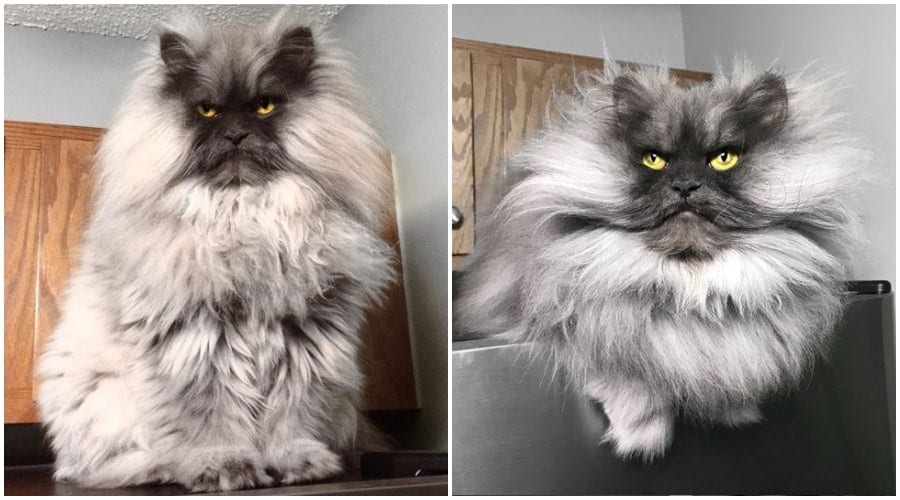 All in all, you can see that Juno is a good sport, too. Just look how cute he looks all ready for Christmas! 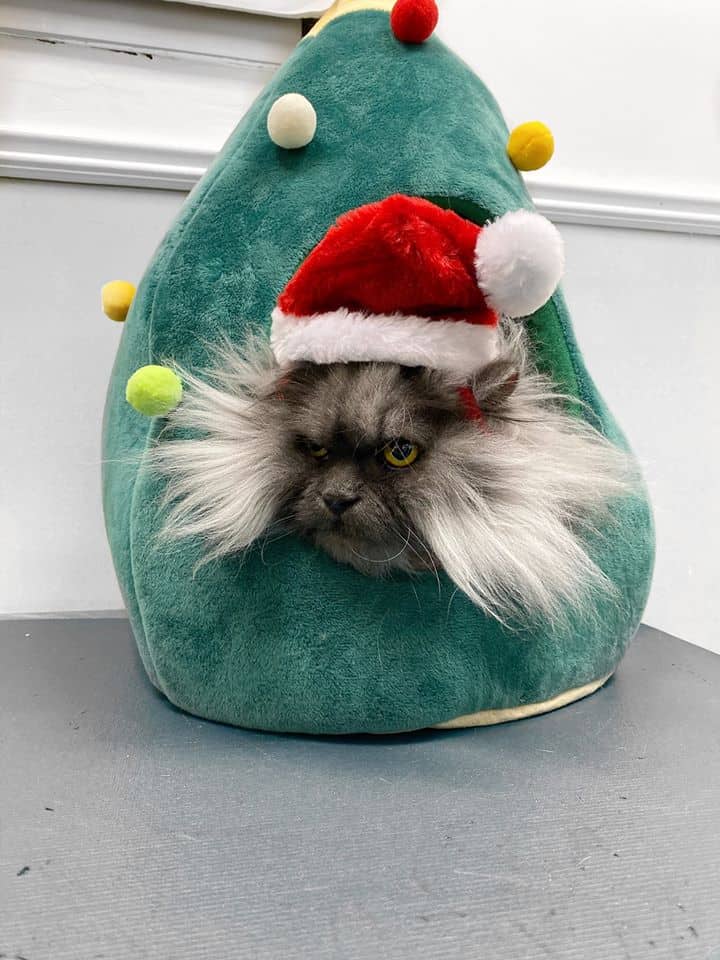 In late 2016, Juno’s owner, Dominique Teta, started sharing photos of her expressive kitty on social media, and as they say, the rest is history. She spoke with NY Daily News concerning her cat’s disposition, as many wondered if Juno was, in fact, an “angry cat” after all. This “angry cat” is actually quite sweet, so don’t let those stern looks fool you!

“He just gives you this judgemental look all the time, but I think it’s really his way of saying I love you. He always wants to be nearby. He’s always interested in what you’re doing.”

Teta claims that Juno is more of a “dog-like cat” with a docile demeanor and loving personality to boot. She says, “Real life is totally opposite of what so many people would think. He really is… a loving cat.” 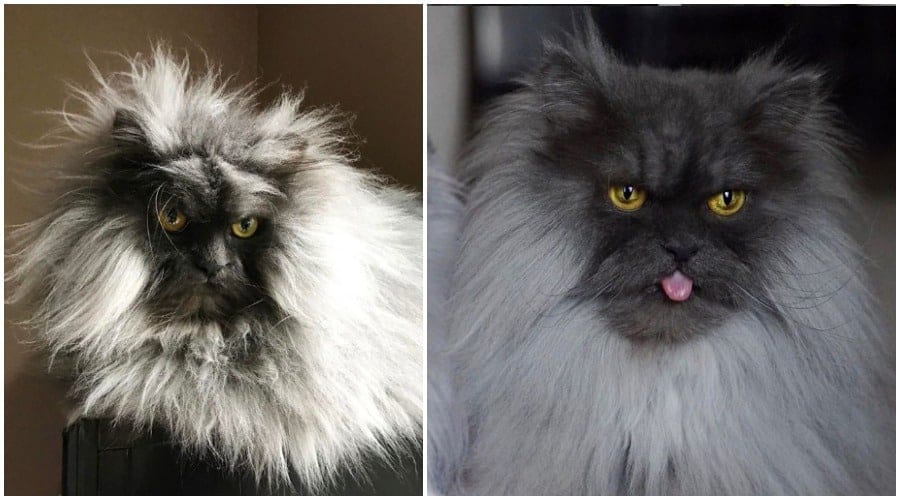 You certainly had us fooled with those looks, you little actor kitty cat you!

Can’t get enough of Juno? Be sure to follow this fluffy angry cat on social media. You can find him on Instagram at JunoTheAngryCat, or Facebook at Juno The Angry Cat.

All Images Courtesy of Juno the Angry Cat on Instagram