Firefighters Rescue Terrified Kitten And Give Him Forever Home

Kittens sure are cute. But sometimes, their mischief and squirrelly nature can be their downfall. Recently, one little kitten in Marietta, Georgia, appropriately named Storm, got super lucky when he accidentally found himself trapped in a storm drain.

Cobb Fire Engine 23 responded to a situation involving a kitten stuck inside a storm drain, who was thankfully heard from those passing by who reported the terrified meows.

Meet Storm; this little guy had a pretty scary afternoon yesterday. He was stuck in a storm water runoff pipe after it rained, and he was too tiny to escape the flowing water.

It all started when two citizens heard him crying for help as they walked past a storm drain. They called 911, and Cobb Fire Engine 23 jumped into action. 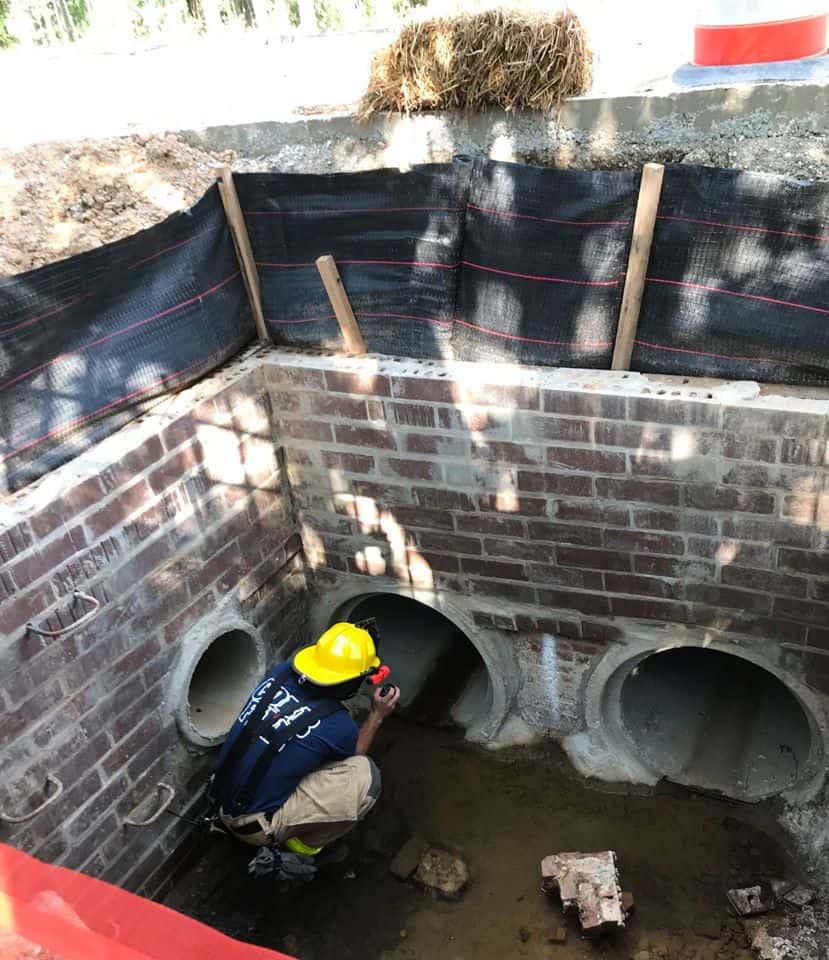 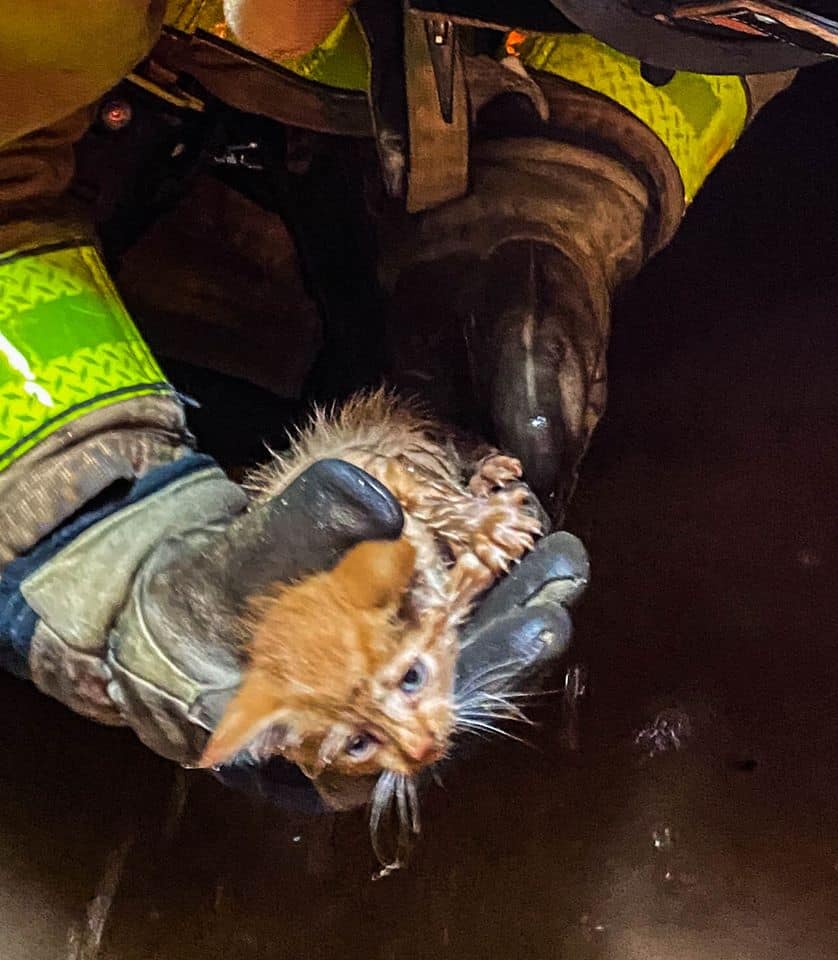 The crew broke out their air meters and flashlights then they spotted the kitten inside the pipe standing on a pile of debris above the flowing water. A rescue plan was quickly hatched.

Crew members fought through the raging water (Hey, it was at least an inch or two deep, and it WAS flowing) as they made their way to the tiny island where the kitten was taking refuge.

The crew carried the tiny patient to safety.

After the daring rescue, the kitten was taken to Station 23, cleaned and dried, given the name Storm, and he is now adopted by Captain Sue Addyman who is taking him home to meet his new cat siblings.

When asked about the harrowing incident and how it feels to be rescued by the brave crew of Cobb County Fire and Emergency Services, Storm responded, “Meow, mmeeeeeow!” 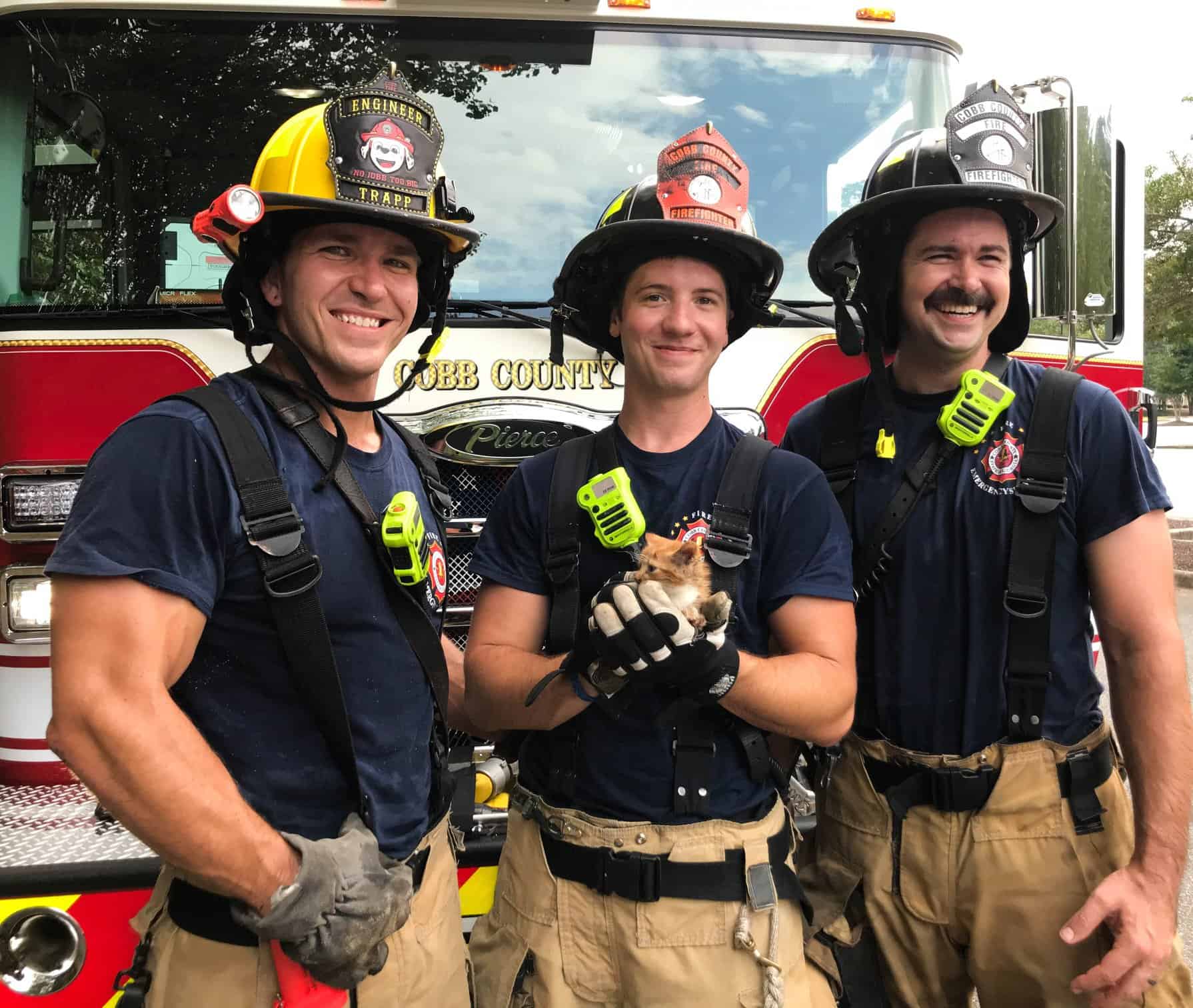 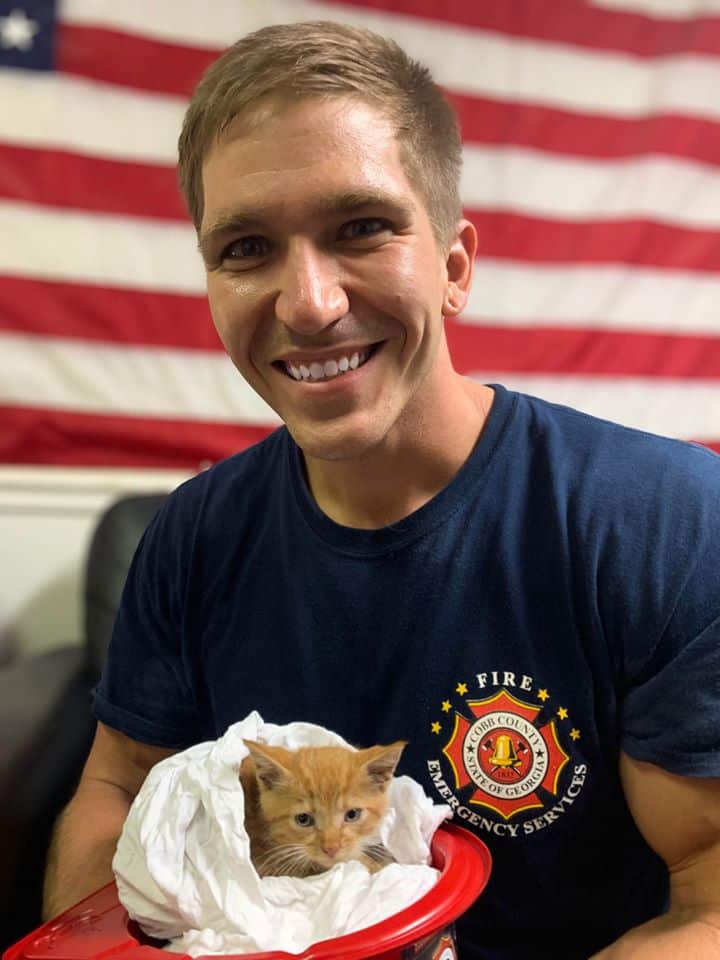 I love stories of brave men and women going above and beyond to save the lives of others, no matter how big or small. And one thing is certain, little Storm is in great hands now. Awesome job, everyone!

Want to read the story of another ginger kitten who was saved from 33′ underground? Read about it here on cattitudedaily.com.