How Do Cats Communicate With Each Other?

As their owners, we are well-versed on the ways of the meow. We know that our feline friends use their meows to communicate with us. And we also know that their ears, tail, and pupils can tell us a lot about what they’re thinking and feeling, too. But what about how cats communicate with each other? Well, there are a few interesting ways that they do it. And no, they don’t speak meow to one another.

Keep reading to discover the way cats communicate with each other…you might just learn a thing or two! 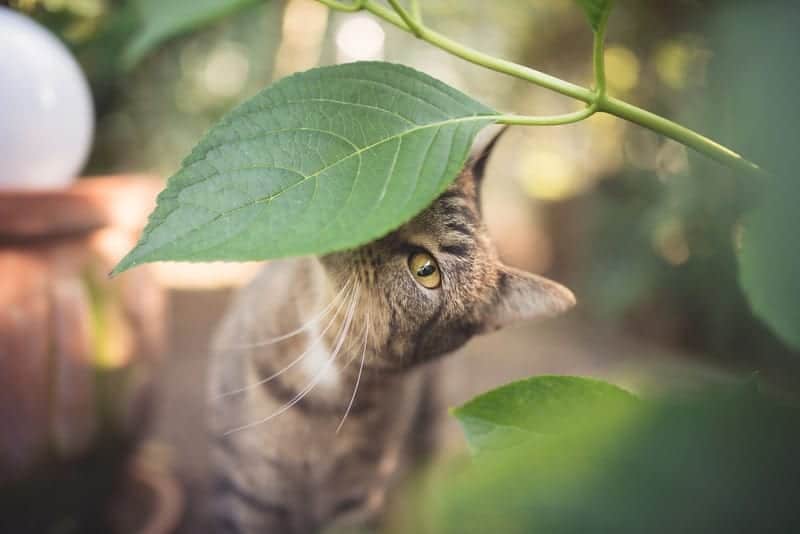 The smell is strong with this one

All Yoda jokes aside, your cat’s sense of smell is incredibly strong and they rely on smells to navigate the world. You might have seen your cat make a funny face with a partially opened mouth when their flehmen response kicks in. Anthrozoologist John Bradshaw describes the flehmen response as being somewhere between smelling and tasting. It gives cats more information than they’d get if they simply sniffed the scent with their noses. It especially comes in handy when interpreting pheromones. Pheromones are chemical signals that animals (and humans) emit to send simple biological messages.

When it comes to our feline friends, there are certainly some cats who are more territorial than others. And this can be a reason why cat fights occur, as well as spraying. Cats have scent glands on several locations of their bodies. These can be found around the mouth, chin, forehead, their cheeks, lower back, tail, and even their paws. I can assure you, should your cat be indoors, then they’ve strategically marked it from top to bottom in their scent. And when they rub on you, they’re even marking you as theirs. This is why you must practice caution when introducing a new cat to your home. And above all, you won’t even have to tell that new cat that there’s a cat taking residence in your humble abode. They’ll know it from the moment they set foot inside thanks to those powerful feline pheromones. 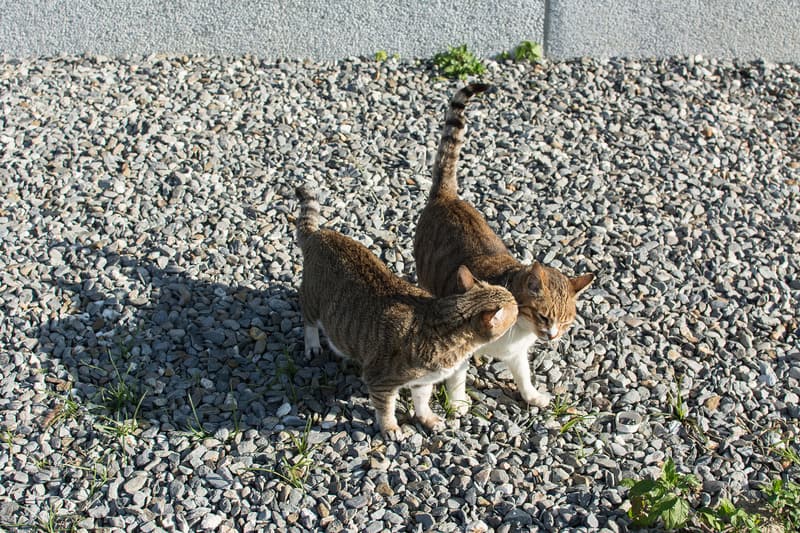 We’ve been studying feline behavior for a very long time, so observing the way in which they move their ears and tails is nothing new for us feline fanatics. Up until the late 1800’s, most cats were strictly kept outdoors and used for controlling the rodent population. As people started transitioning them to become pets, they discovered that there was much to be learned about at the feline kind. For cats, when they want to meet another cat, they might show them their scent factory (i.e. their rear end) as a pleasant greeting. While we wouldn’t go putting our butts in a friendly stranger’s face, remember, we are not cats. And if you’ve ever ended up with a cat’s butt in your face, now you know why!

When it comes to a cat’s ears and tail, this is another way how cats communicate. Their tails and ears serve as mood barometers which can give both humans and other cats insight into how they’re feeling/thinking. A low tail and low ears serve as a warning—to all. A perky tail and upright ears usually means a cat is intrigued and willing to meet that cat or person that’s caught their interest. Cats will often sniff noses with other cats when greeting. But keep a close eye and watch for any sudden movements that can send that fur flying. 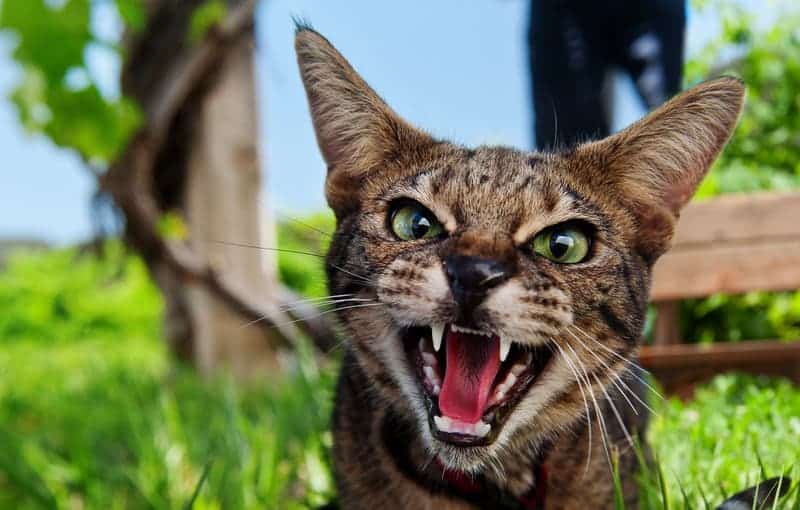 Past kittenhood, cats will only meow to humans. Some might argue that they still do meow to communicate with other cats, but this isn’t entirely true. Mature cats communicate vocally by way of growls, yowls, and hisses. A growl is obviously used to make it known that they are not thrilled with the presence of another cat. I like to refer to it as cat thunder. Often when you hear this sound, this is not long before a cat will strike.

When it comes to yowls, if you’ve ever heard a female cat in heat than you absolutely know what this cat communication sound comes across like. Cats who are stressed can also yowl, as well as when a cat is in pain. Cats can even yowl at each other when they are having a disagreement over food or territory. When it comes to hissing, kittens will often hiss when something startles them. A grown cat will hiss when something scares them or makes them feel threatened. And if that something is you, please step away and give them the space that they are indicating to you that they need. Cats do not respond well to feeling threatened or cornered. And they are not shy to let you know it either. Remember, cats are non-confrontational by nature. When they are coming across as aggressive, they are simply behaving this way because there is something or someone that’s causing them to feel threatened. 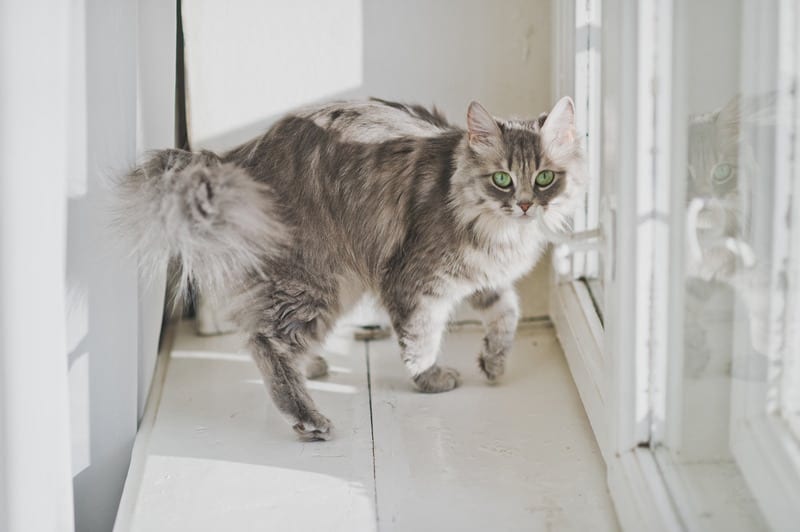 Did you learn anything interesting about how cats communicate that you didn’t know before? Share this article with other cat lovers that you know so that they can learn something, too.

Have you ever wondered how much it is that cats can remember? If that’s a yes, then read all about it here on cattitudedaily.com.