Home Tags Posts tagged with "cat breeds that like to swim"
Tag:

If you’ve ever seen a tiger swim, you’ll know that not all felines are as hydrophobic as the average tabby. But did you know there are many breeds of domestic feline that not only tolerate water but actively enjoy swimming? Here are five domestic cat breeds that love water. 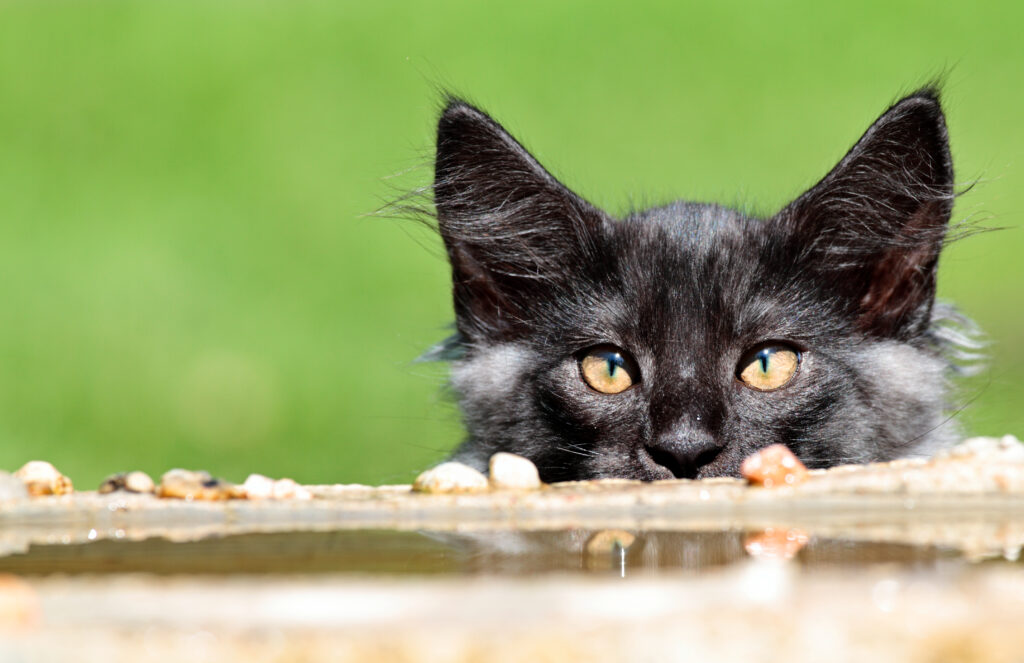 Norwegian forest cats are a natural breed of domestic cat found in northern Europe. Legend says these voracious climbers were once kept as ship cats on Viking vessels to deter any rats from boarding the ship. Over time the breed developed a water-repellent topcoat and dense woolly undercoat to keep themselves warm and cozy even in the stormiest conditions. Members of this breed have even been known to use their swimming skills to hunt fish and other prey only reachable in the water.

To learn more about Norwegian Forest cats, check out our article on them here. 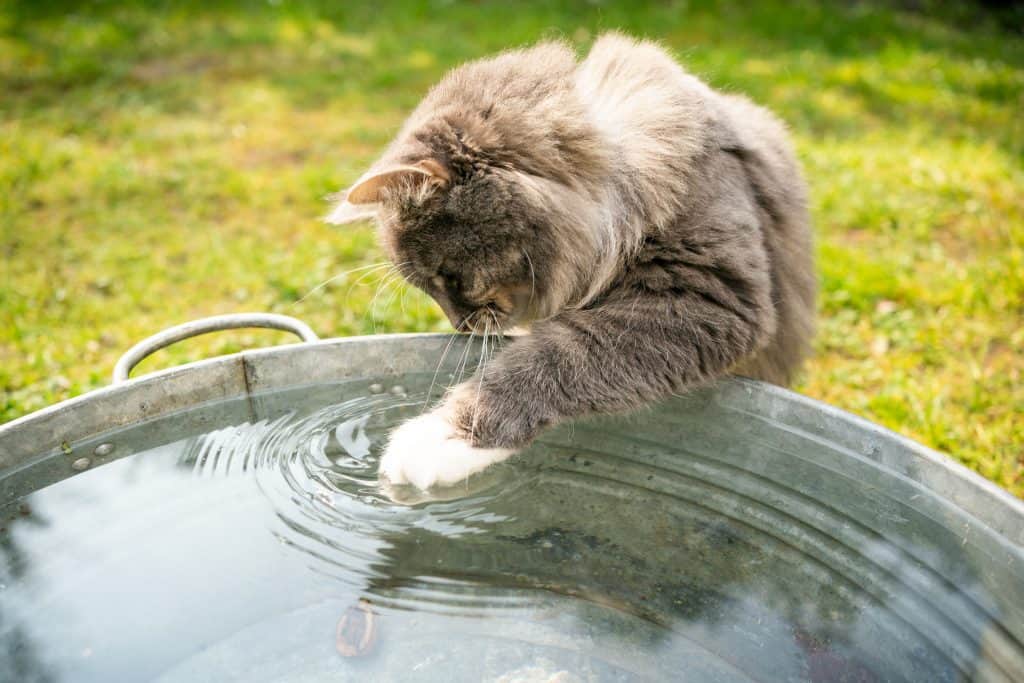 Many believe that these gentle giants descended from Norwegian forest cats as their thick, fluffy coats are remarkably similar in design and function. Their large paws also serve as makeshift paddles scooping water out of their way so they can glide more efficiently through the waves. Not all Maine coons love to swim, but they generally love water, even just playing with a leaky faucet. However, their love for water can sometimes get them in trouble, so Main Coon owners are encouraged to keep track of their cat’s swimming habits lest they get accosted mid-shower for some waterlogged cuddles.

To learn more about Maine Coon cats, check out our article on them here. 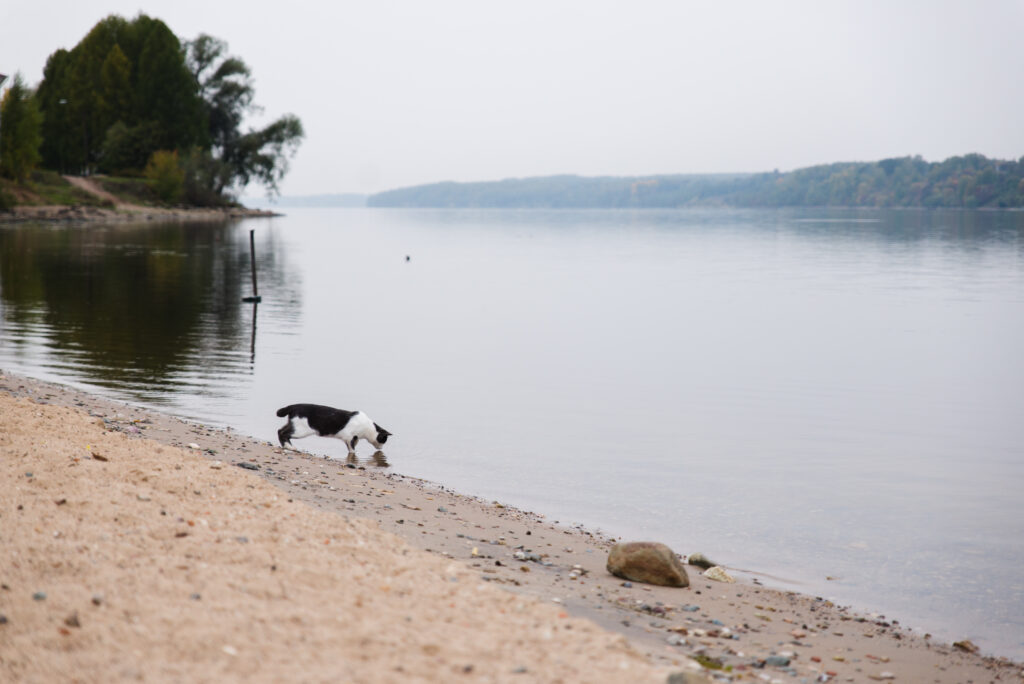 While many are best known for their lack of tails and distinct bunny hop way of walking, that is not the only trait that distinguishes them from the average feline. The breed originates from the Isle of Man, located in the middle of the Irish sea, so it makes sense that the kitties dwelling on the island would grow to love the surrounding sea. They were often sought after as ship’s cats since their affinity for water meant they were likely to thrive on a naval vessel.

To learn more about Manx cats, check out our article on them here. The Bengal cat is a relatively new breed of domestic feline created by breeding the domestic spotted Egyptian Mau with the Asian leopard cat, a small wildcat native to southeast Asia. Because of their wild origins, Bengals are the only domestic cat breed with distinct rosette markings, although they come in various colors and marking patterns. Bengals tend to enjoy all forms of play, including swimming, although many owners report their cats prefer lounging alongside their swimming pools to submerging themselves completely.

To learn more about Bengal cats, check out our article on them here. 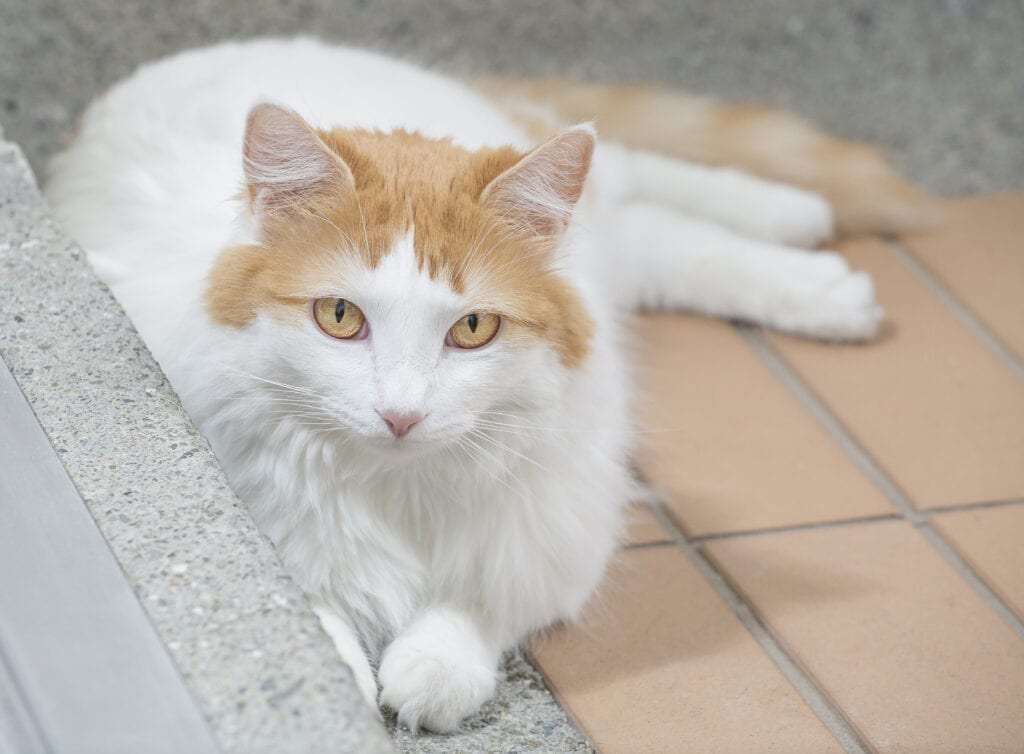 Possibly one of the oldest existing domestic cat breeds, the Turkish Van is legendary for its love of water. This cat breed comes in first for many lists of cat breeds that love water. According to legend, these felines first arrived at Mount Ararat on board Noah’s Ark when they decided to jump ship and swim to shore. When the waters receded, the cats settled in the Lake Van region, where they continue to propagate to this day.

Experts believe this breed may have developed their swimming skills to avoid overheating in the summer months when local temperatures reach well above 100 degrees Fahrenheit. While still well-loved by cat lovers everywhere, the Turkish Van is a rare sight in North America as most of its breeders dwell in Europe, and Turkey has banned further export from their country.

To learn more about Turkish Van cats, check out our article on them here.