Felines are very intuitive animals. This all has to do with their incredible senses. It is crazy how cats can be aware of everything around them, even in complete darkness. It’s no wonder that cats have long been associated with things of a spiritual nature. Sometimes, our cats can freak us out with their odd behavior, like staring at nothing for minutes. It begs us to wonder, are they really staring at nothing? Or, maybe, cats sense evil spirits?

It’s a question that crosses a lot of cat owners’ minds. Whether it’s from watching too many scary movies or not, it is pretty insane how our cats seem to observe things we can’t see ourselves (especially in the middle of the night…) So, let’s cut to the chase… can cats sense evil spirits? 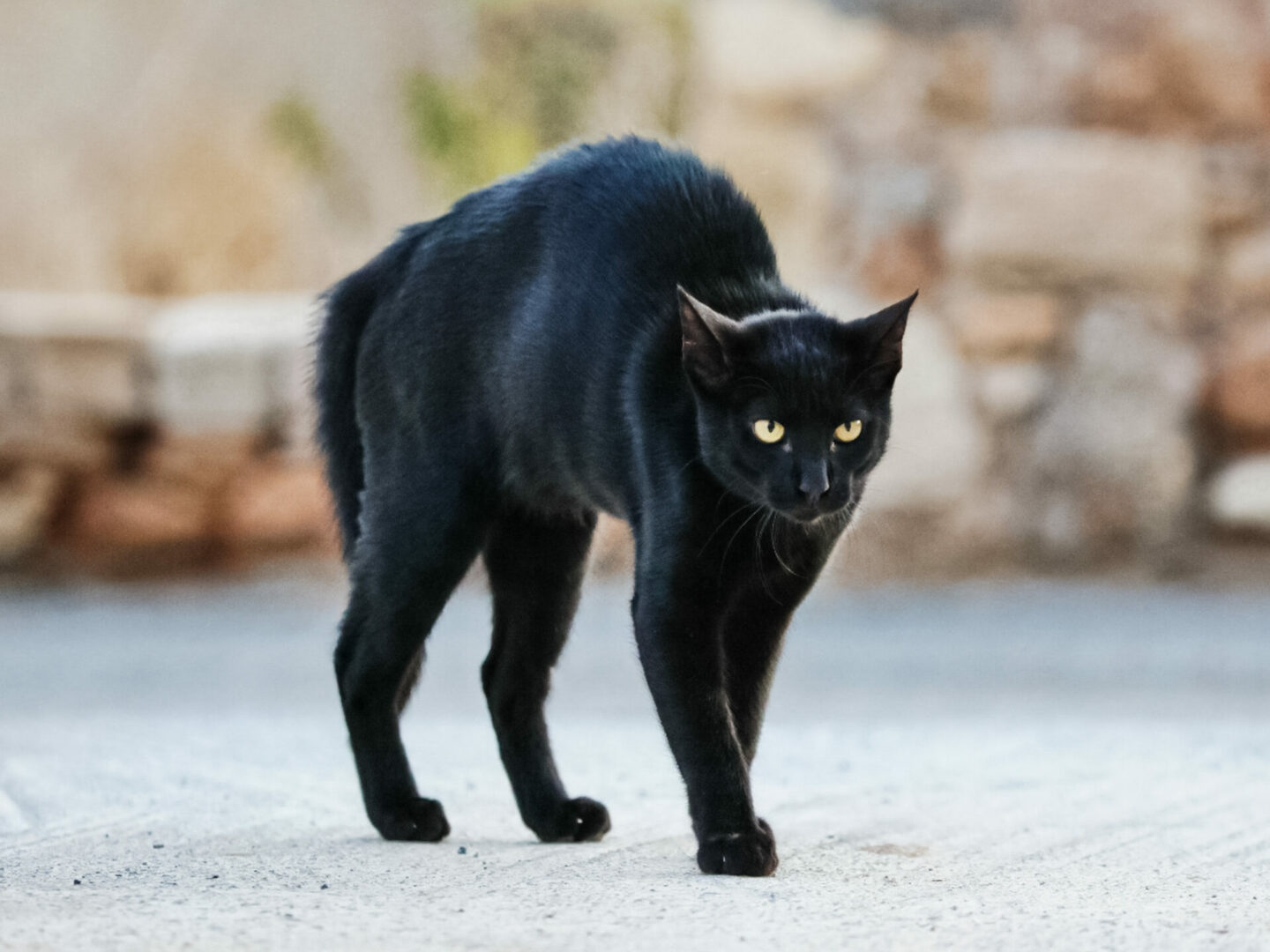 The Spiritual History of Cats

For centuries, cats have been tied to supernatural things. These go beyond just black cats and All Hallows Eve.

Several cultures and religions considered cats as symbols of fascinating otherworldly meanings. As we know, Egyptians loved cats. They saw them as living representations of gods, particularly the almighty Sun god, Atum-Ra. Egypt is also where the belief that cats have 9 lives started. It was said that Atum-Ra birthed 8 gods. Then, he would reveal himself as the ninth God in the form of a cat when visiting the underworld.

Meanwhile, further North, the Celtics regarded cats as esteemed spiritual beings. They saw cats as guardians of the Otherworld.  They believed that cats safeguarded all the Otherworld’s secrets, an intriguing way to explain the independence and mysterious nature of cats.

In the Americas, cats were associated with witchcraft. Some Native American tribes believed cats were powerful creatures who could place curses on humans. But, other tribes thought a little differently. The Zuni people saw cats are healing animals who were also very good luck. Either way, Native Americans viewed cats as animals with supernatural powers.

So Can Cats See Ghosts or Spirits?

So, we know that there was a lot of myth, folklore, and tales about cats and their mystical power in the past. But, can cats really see ghosts or evil spirits?

If you’re asking yourself this, you’re not alone. In fact, many people observe their cats doing some bizarre things that make them wonder – is there a ghost in my house? These bizarre things could be hissing aggressively at thin air, or staring at something intently with their inquisitive eyes, although there doesn’t seem to be anything there.

About 25% of cat owners reported such occurrences, leaving them puzzled and wondering if their cats are seeing ghosts. It is a very real sentiment, especially if you do believe in some sort of afterlife. Many owners report odd behavior from their cats, especially after a loved one passes away. Suddenly, cats seem to stare at areas where this deceased person used to hang out. This could be because cats are confused about the absence of a person or, maybe, they are sensing a spirit. If you agree with the Celtics, you would probably go with the latter.

But, in this case, we aren’t talking about an evil spirit. A loved one who passed wouldn’t be a threat – they would be a welcomed presence. But, what happens if your cat senses something more of threatening nature? 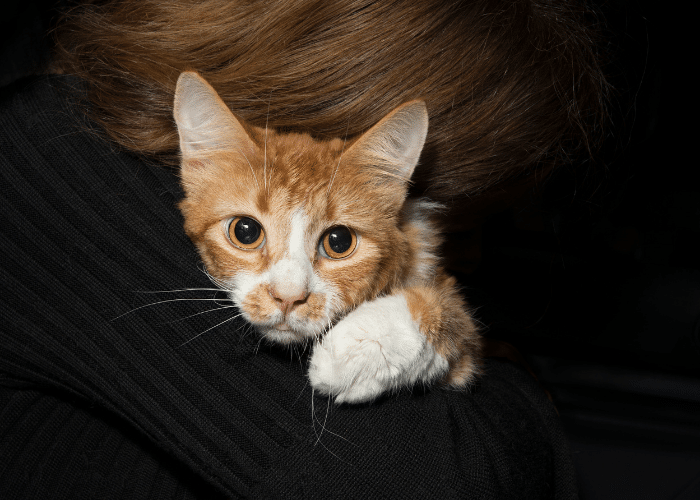 How Cats Could Sense Evil Spirits

As we know, our cats have killer senses and instincts. They don’t use these just to survive, they also use them to protect us. No matter how independent our cats are, they feel deeply connected to us.

Our cats use their incredible hearing and sense of smell to detect everything around them. This includes what’s going on with us. A shift in our energy and the entire household’s energy affects our cat’s behavior. Of course, a shift in energy could potentially come from evil spirits, which a cat would most likely pick up on instantly.

Cats can respond in a variety of ways. They can be focused on seemingly invisible things, their neck fur may flair, or they could react with jumpy behavior and verbalizations. These reactions are our cat’s ways of controlling the situation. Remember, they are hunters by nature –  if they sense a threat, for themselves or their families, they will do what they can to do one thing – protect! 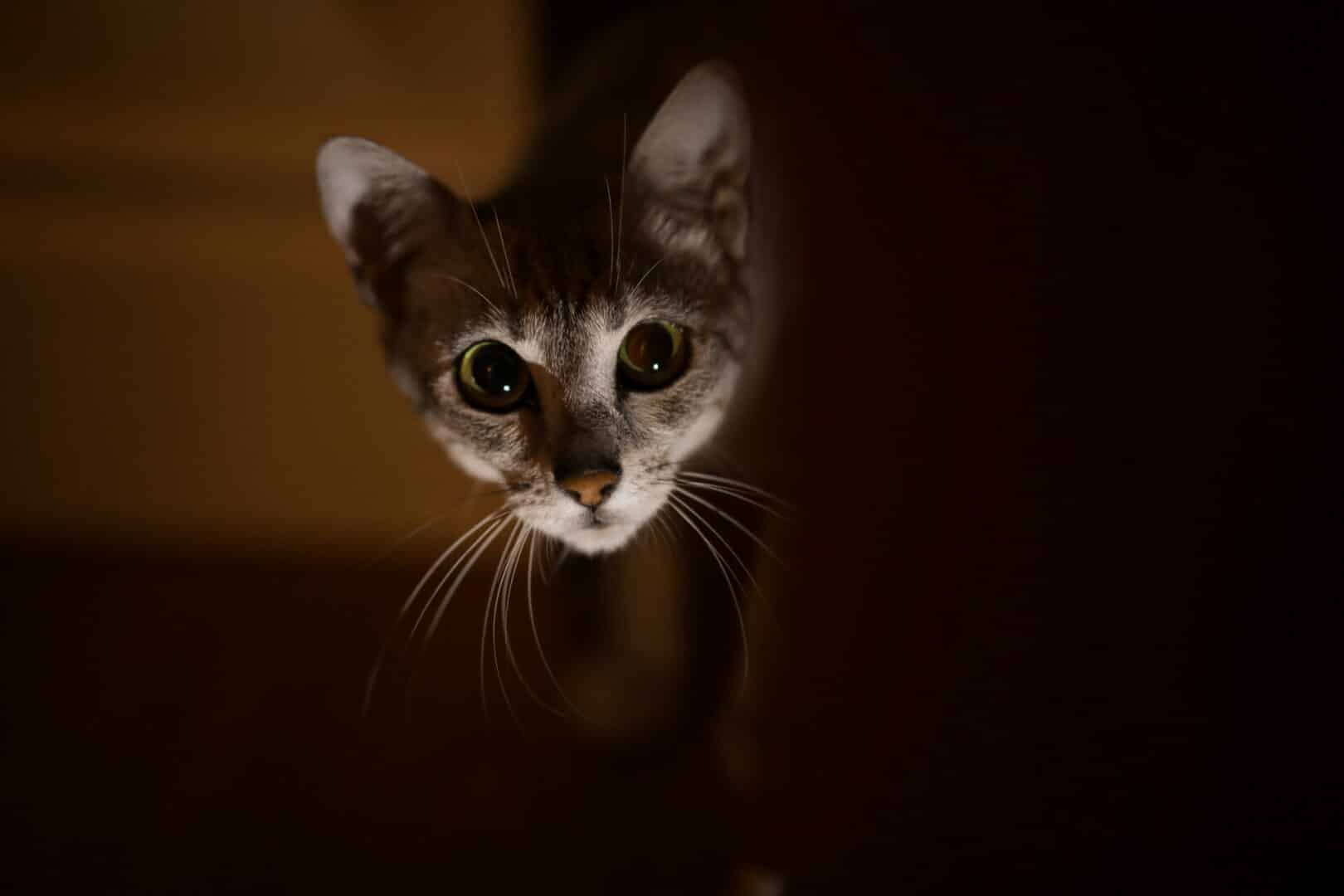