For many of us who own black cats, there’s just something alluring about the thought of having your own mini panther right in your living room. While there are many breeds of cats that can have black coats, there is only one breed that’s officially recognized as being the only exclusively black breed of cat. These bewitching felines with glowing golden eyes possess no wildcat DNA, but the Bombay cat breed effortlessly gives off panther vibes. 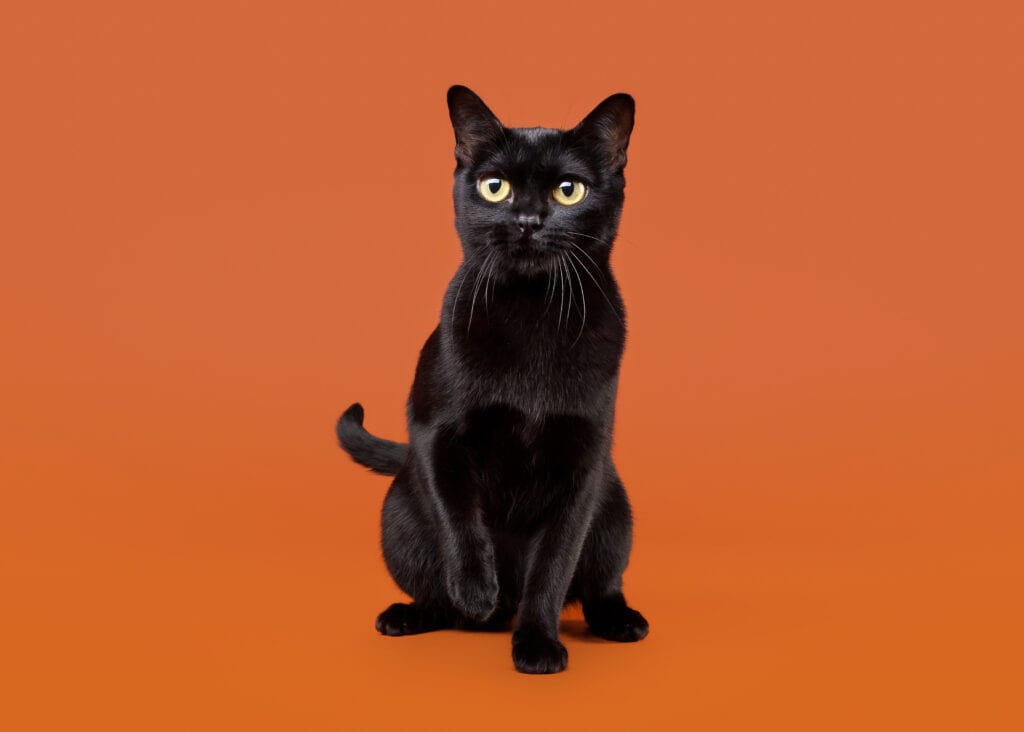 The Bombay is closely related to the Burmese

These rare raven-hued felines are closely related to the Burmese, another stunning cat breed. Nikki Horner of Louisville, Kentucky, is responsible for creating this lovely cat breed. And although they do not possess any wildcat DNA to speak of, her goal was to create a breed of cat that was wild in appearance with only domestic feline DNA.

Over time as she worked to achieve the desired look of what is now officially recognized as the Bombay cat breed; she got her wish in 1976 when the breed was accepted by the Cat Fanciers’ Association. And, as they say, the rest is history!

Don’t let the name fool you, these cats were born in the USA!

Despite the name, these felines do not have any heritage dating back to India. The reason their founder chose this name for them was that she felt strongly that this cat breed closely resembled the native leopards, which can be found roaming around the famous port city of Bombay, India.

Although the eccentric name suits them well given their appearance, it’s not due to their actual heritage. But they wouldn’t sound as intriguing if you named them after an ordinary American town! 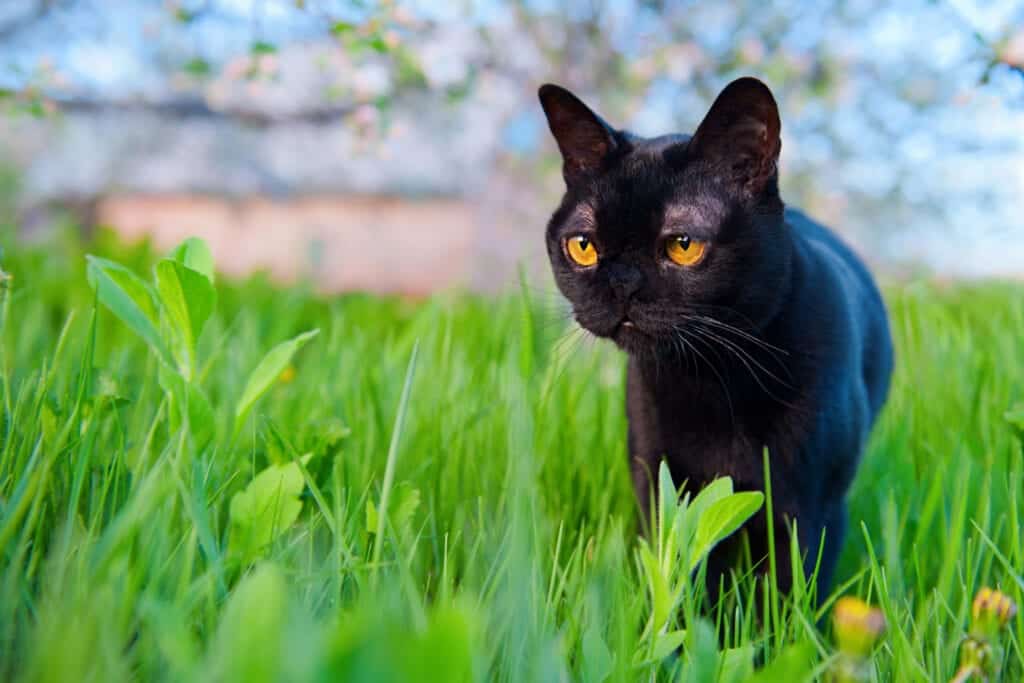 A signature look is what makes these black cats unique

If you’ve ever seen or met a Burmese cat, then you know just how stunning and uniquely featured these felines are. And the same can be said for the Bombay, too, thanks to their Burmese DNA. While not as well muscled and sturdy as the Burmese, the Bombay cat possesses a round head with a short muzzle with saucer-like golden green or mesmerizing copper eyes. 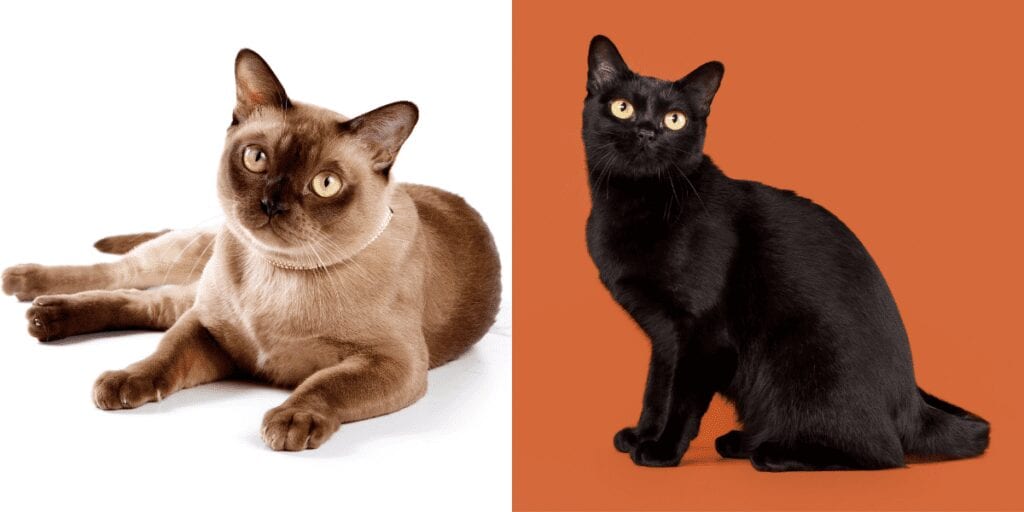 On left, a Burmese, and right, the Bombay

Their short, flat coats give off a dazzling sheen you can’t ignore, and these cats are the ultimate always-ready-for-Halloween cats, given their head-turning appearance. A true Bombay cat will be completely solid with no stripes or white on their coat to speak of, with black paw pads, noses, and whiskers, too. The Bombay cat is praised for minimal shedding, and these cats require minimal grooming to keep their coats looking nice.

(Fun little paw pad fact for you: Although the Russian blue cat is solid gray/blue, a true Russian Blue cat will have pink paw pads.) 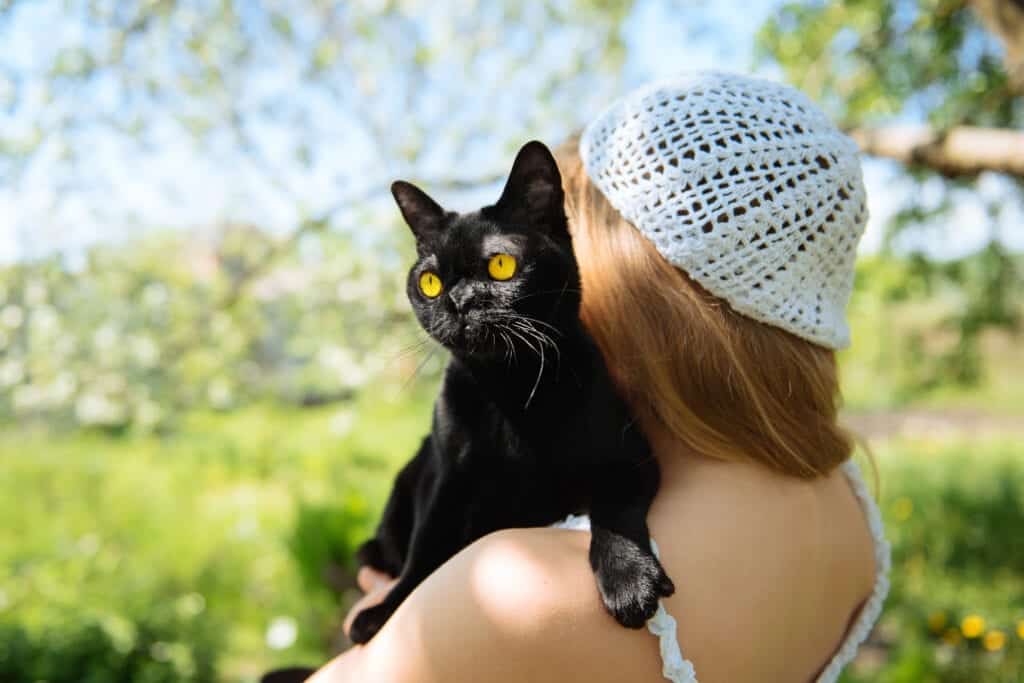 While there are certain breeds of cats that are known for being aloof, the Bombay cat breed is not one of them. These clingy kitties crave attention and affection and love to be with their humans at all times. Because they desire to be near, these cats bode well in bustling households. They aren’t the type of kitty to run off and hide for hours. They’re the type of cat that will be all up in your face and demanding of your undivided attention. These cats are known for being a tad bossy, so be ready for a cat that knows what they want exactly when they want it if you welcome one of these felines into your life. 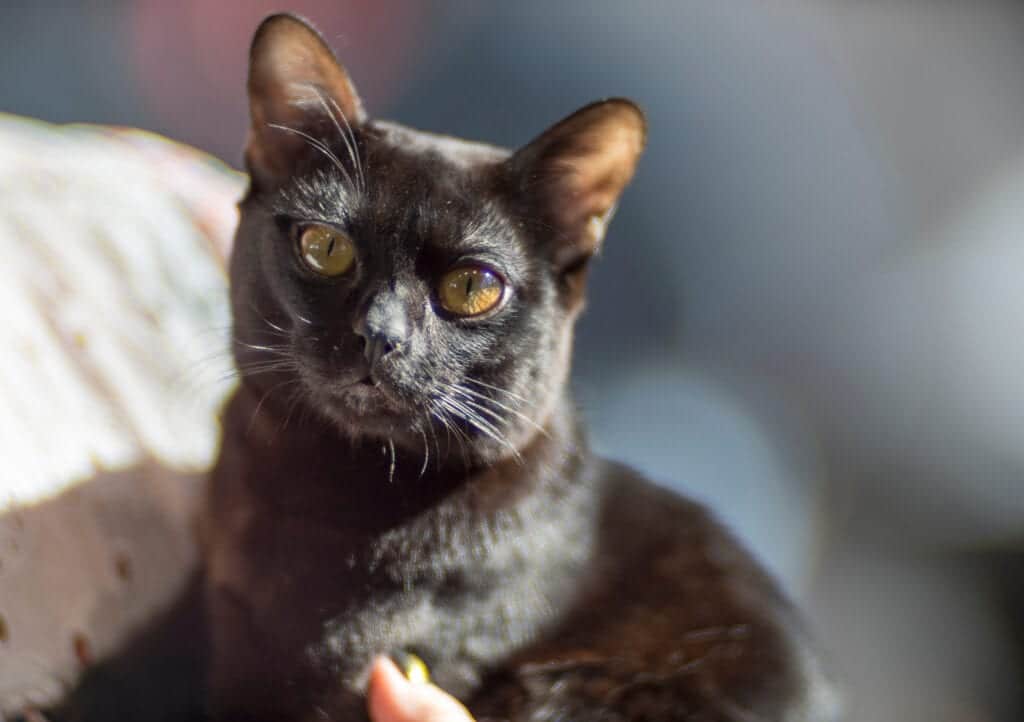 The Bombay cat breed can do anything a dog can do—and sometimes even better!

While it’s true that any cat can be more laid-back and dog-like, the Bombay cat breed is especially known for their dog-like tendencies. Similar to the dog-like nature of the Burmese, the Bombay cat enjoys leash walks, learning tricks, and playing fetch.

This is an extroverted cat breed that loves to be the center of attention at all times. From cozying in your lap to following you around as a puppy would, there’s a lot to love about these gorgeous black cats with golden eyes to match their golden hearts. If you ever have the privilege of meeting one, then you’ll learn firsthand just how truly special these mini panthers can be. 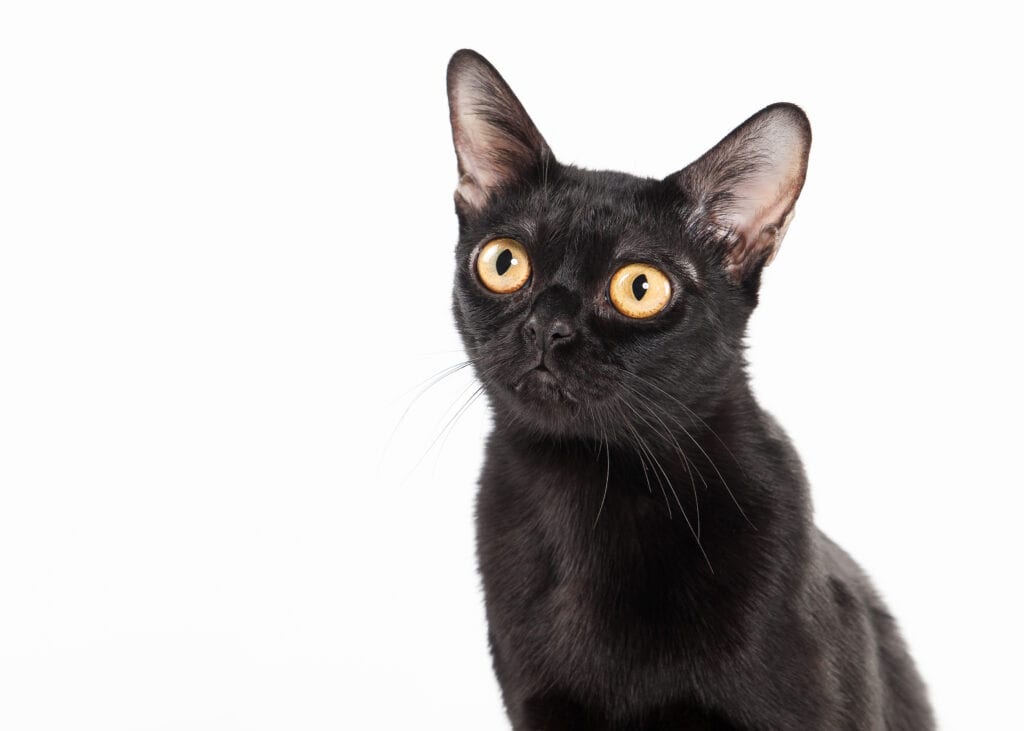