All cats are gorgeous, but there are some unique felines that are ultimate head-turners. The Abyssinian is not only one of the oldest cat breeds, but they are perhaps one of the most beautiful of all. These cats have ticked coats and dazzling eyes that light up any room, and their big personalities are a perfect match for their infinite beauty.

Want to learn all about the Abyssinian cat breed? Check out my list of fun and interesting facts about these foxy felines… Their coats are always ticked

While the rusty red coat color is most common, these cats can actually come in a few shades. But regardless of their shade, they will always have a ticked coat. A purebred Abyssinian can come in the following coat colors: the classic ruddy brown cinnamon shade, red, blue, and fawn. And for those peepers, they come in green, gold, hazel, or even copper. And for their size, they are slim and athletic, usually weighing anywhere from six to ten pounds.

From head to toe, this is a truly stunning feline. They have a muscular and elegant body shape, large ears, and almond-shaped eyes. Their head is a wedge shape, and their broad ears give them an exotic look regardless of their coat or eye color. For these cats, their ticked coat means that each individual hair on their coat is striped with dark and light alternating bands, AKA agouti hairs. If you’ve ever had a chance to see one in person, you’ll be amazed by their effortless beauty that you can’t take your eyes off of.

Interesting ginger cat fact: these orange cats with ticked coats qualify as one of the ginger tabby cat coat patterns. 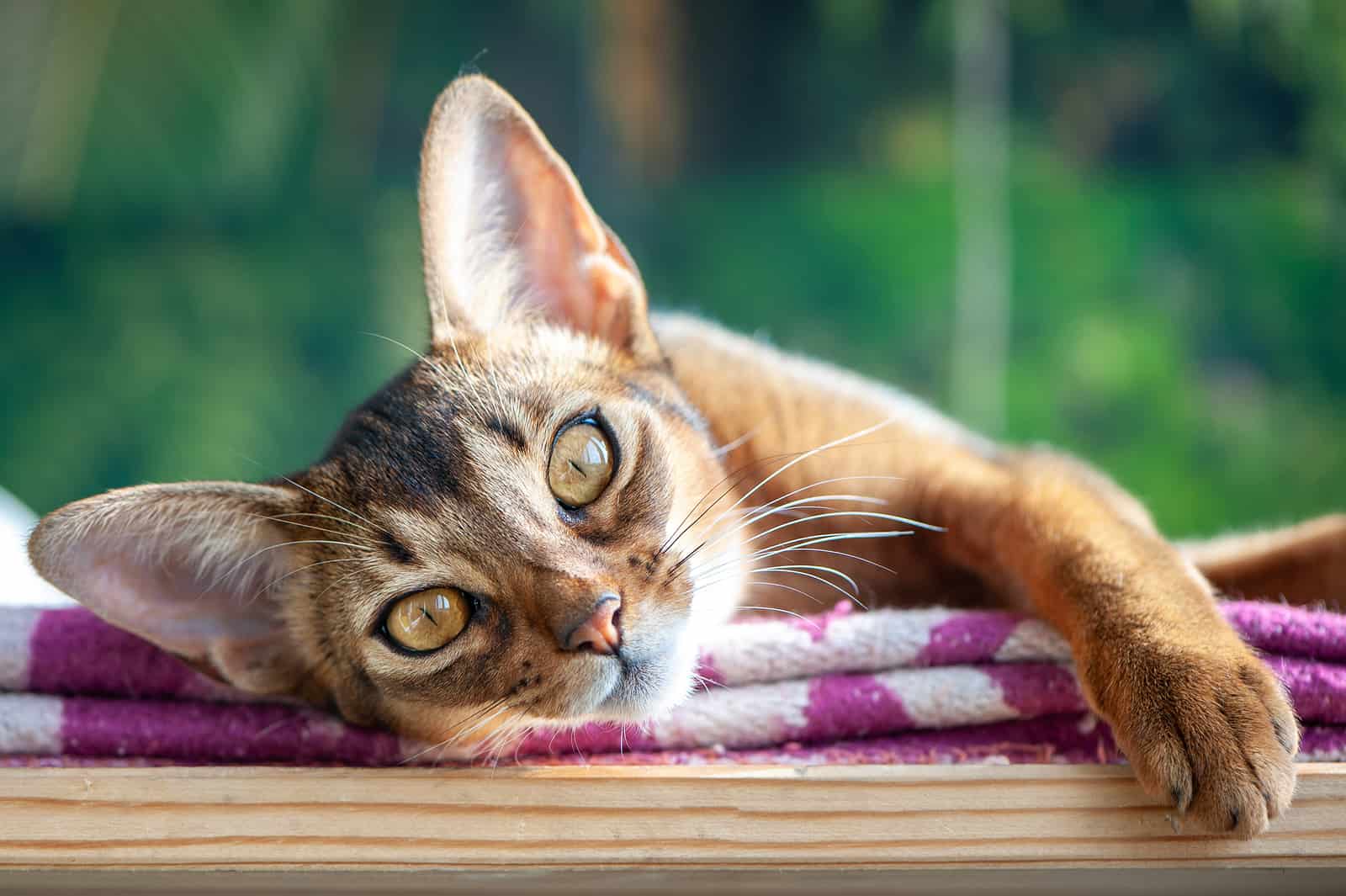 The Abyssinian cat has a history that many aren’t exactly sure of. Their appearance alone closely resembles the famous Egyptian pyramids. And this breed of cat retains a wild cat look although they do not possess any wild cat DNA, making them a favorite among many cat fanciers. Their look alone is quite similar to the African Wildcat which still roams the continent today.

These cats supposedly hail from Abyssinia, which is known to us in the present day as Ethiopia. The glow on their coat has a sheen that resembles that of cougars and makes them a domesticated feline sight to behold. This breed of cat first debuted at cat shows in England in 1871, and when they did, they took third place. The owner of this third-place winner told the judges that her cat was imported during the war from Abyssinia (present-day Ethiopia).

This clipping is from Harper’s Weekly, issue date January 27, 1872 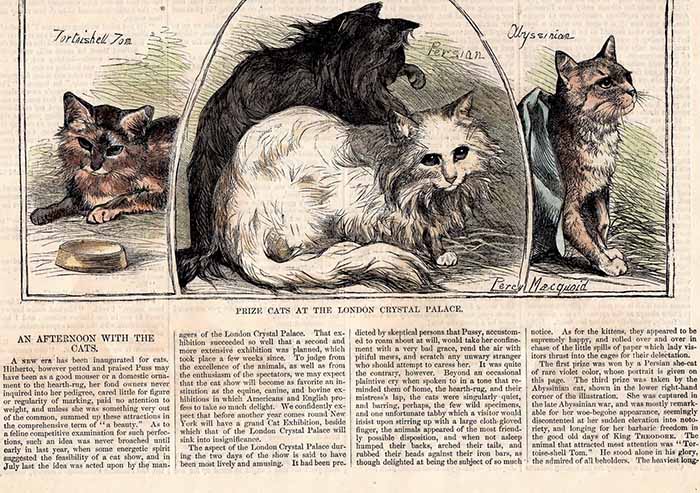 This origin theory clearly explains their breed name, except the problem is that genetic tests have dispelled this origin. This is due to the fact that genetic testing has revealed that their origins lie in the coastal regions of Southeast Asia and the Indian Ocean, with speculations believed that they were brought to Europe by British and Dutch traders. A closer look at their DNA has traced these lovely cats back to the Bay of Bengal in India.

Fun Abyssinian cat name fact: these cats are sometimes referred to as “Cats from the Blue Nile” as some believe they are a sacred cat breed of the ancient Egyptian Pharaohs. An Abyssinian cat is an excellent climber, and they are incredibly inquisitive cats, too. And if they see something that catches their immediate interest, they aren’t afraid to go after it. Purina.com says that Abyssinian cats are sometimes referred to as “Aby-grabbys” because they tend to take things that grab their interest. If you’re considering adding one of these pretty kitties to your home, be sure to invest in a nice cat tree to keep them happy. This is a cat that thrives on being with their humans and loves to play and interact. These are not your sort of cat that’s fine with being alone or being aloof. They crave attention and aren’t shy about demanding it when they see fit. The Abyssinian cat ranks high on many lists of the smartest cat breeds–mine included! They spend their days exploring and climbing and are happiest when they are mentally stimulated. And when it comes to what you’re doing, don’t be surprised if an Abyssinian cat always feels the need to micromanage it. Their personality teeters on sophisticated and silly, and there is never a dull moment should you have one of these cats in your home.

Are you a lover of Russian Blue cats? Find out fun and interesting facts about these gray-smiling cats here on cattitudedaily.com. 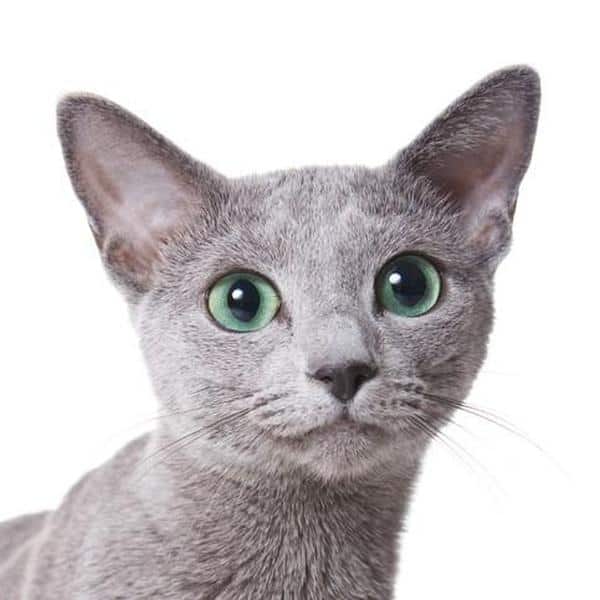