Near the island of Koh Adang off the coast of Thailand, a deadly oil fire occurred this past Tuesday. Thai Navy sprung into action to bring boat-goers to safety, but they didn’t stop with the humans!

When they arrived they had no idea the cats were there, but they knew as soon as they approached because the kittens were meowing with all their might.

Seaman Thatsaphon Saii, 23, was one of the brave navy men there in action that day. And he did his very best to rescue four cats from that burning boat that had no hope in sight. 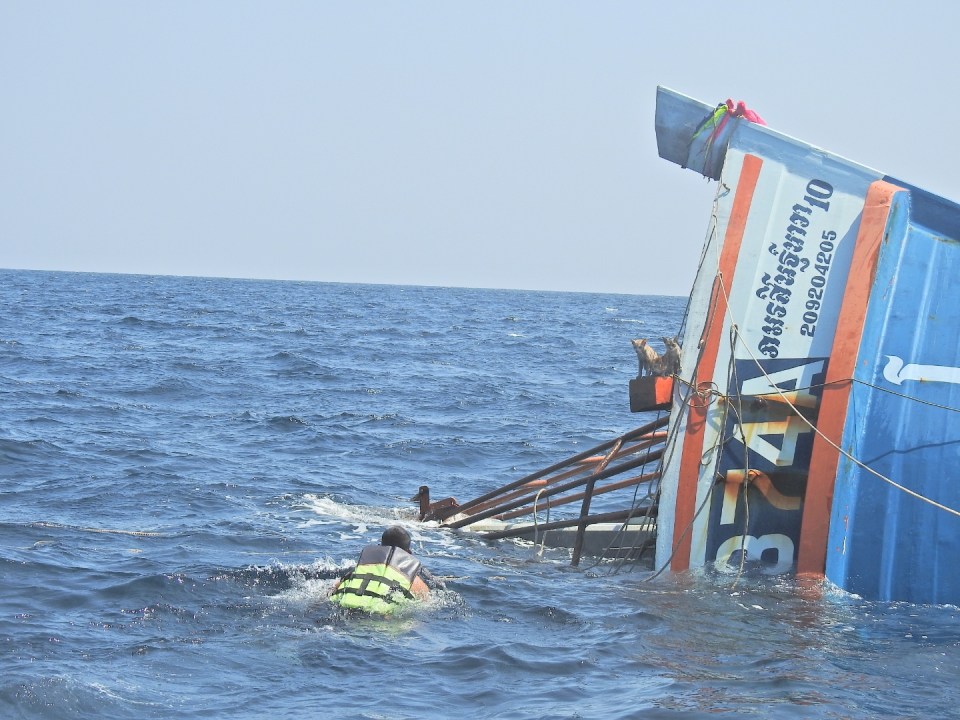 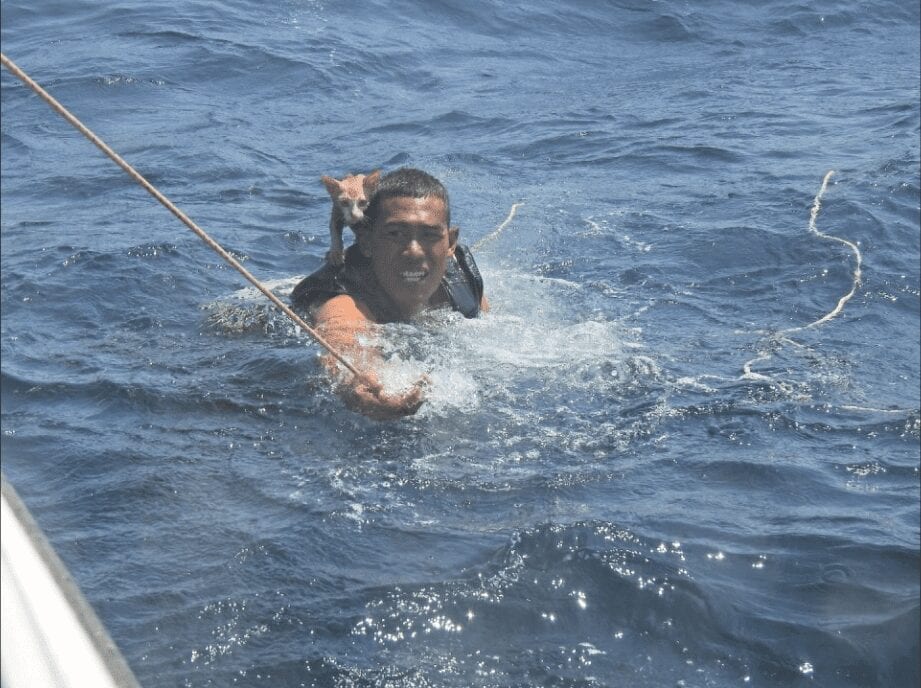 He told the local news outlet that,

“When we arrived it was to secure the wreckage and check for oil spills. But we noticed the cats onboard. I immediately took off my shirt and put on a life jacket so I could jump into the sea. The flames were at the back of the boat but it was starting to sink, so I knew I had to be quick. I’m so relieved that we were able to save the kittens.”

Obviously quite scared, the cats were grateful to their rescuer. He fashioned an old rice sack to help transport them during the 50′ swim back to safety.

Catch the footage below, courtesy of New York Post:

Thankfully all the kittens are okay, and as you can see they took to their rescuers with adoration and gratitude. Despite the traumatic events, the kittens were only dehydrated and no injuries were reported. The news reports that the cats will be in their care until they have secured homes to adopt them, and they’re even getting to stay at their naval office.

I’d like to give a special “thank you” to these brave men for going above and beyond for our feline friends in need. 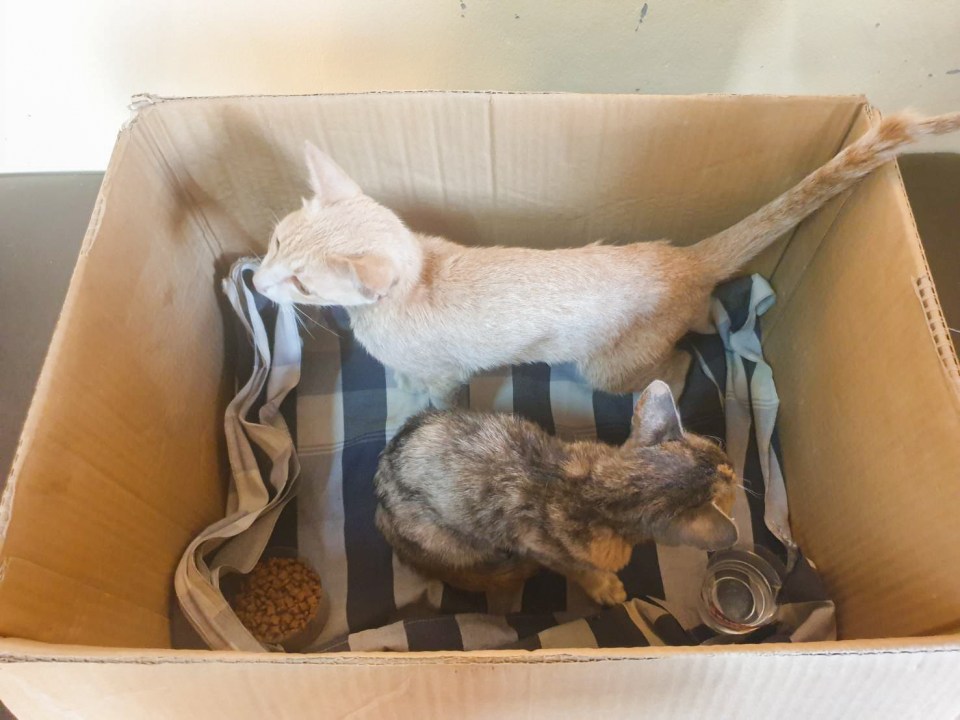 Why Do They Say That Cats Always Land on Their Feet?